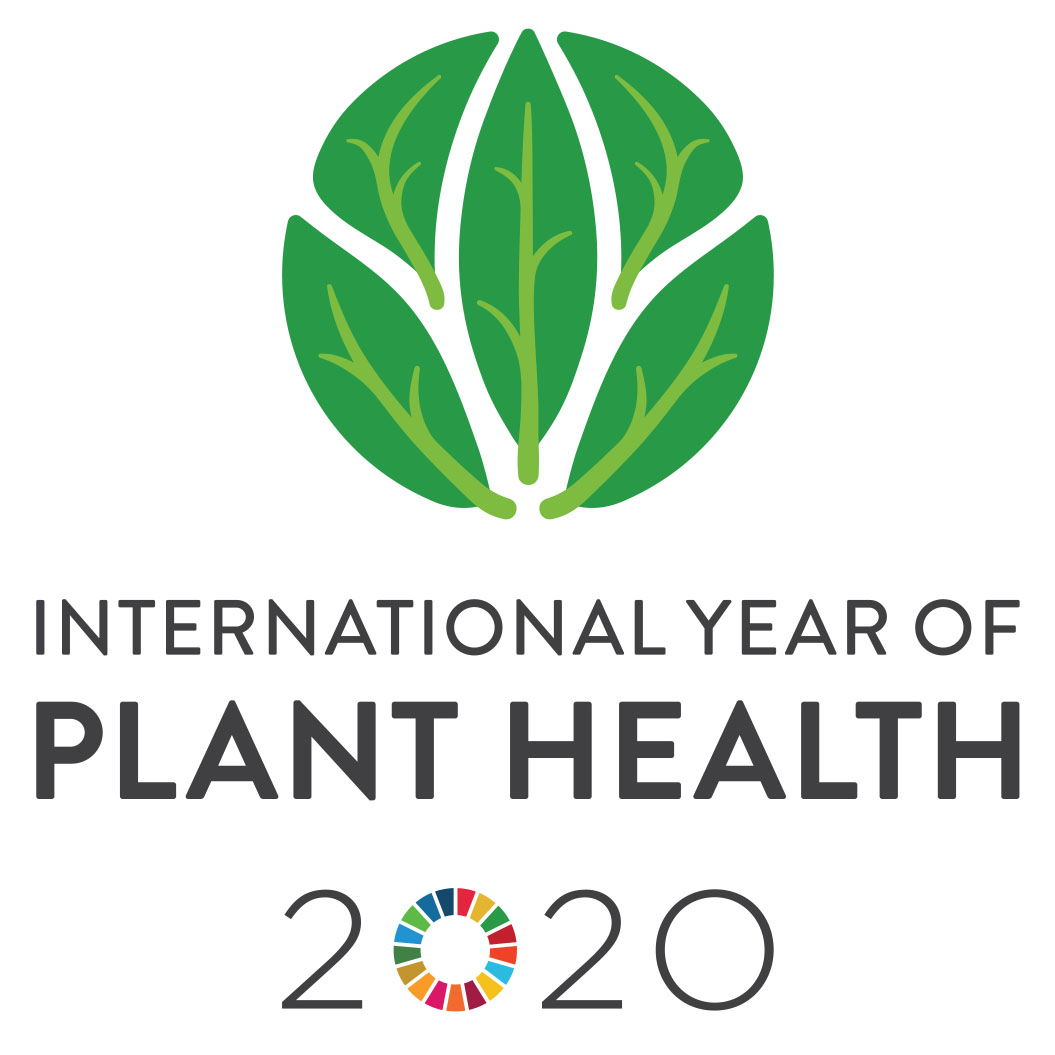 Pest/Pathogen of the Month: June

Rosellinia necatrix Berl. ex Prill. is the causal agent of white root rot on various plant species, including almond, apple, peach, orange, pear, grape, coffee, olive and avocado. The genus Rosellinia consists of multiple species capable of causing disease, however, R. necatrix is the most widely distributed and devastating. R. necatrix was first identified in South Africa in 1974 on apple and pear trees in the Western Cape. It is an ascomycete, saprophytic pathogen that causes rotting of the roots and collapse of host conducting vessels leading to wilting and death. This fungus is soilborne and can survive in the soil on woody debris and organic matter for long periods of time. White root rot is difficult to diagnose since foliar and root symptoms are unspecific, therefore, the disease is often mistaken for Phytophthora root rot. Some hosts do not show any foliar symptoms until the plant suddenly dies, sometimes with fruit and leaves still attached to the tree. A distinguishing symptom is the presence of white mycelial growth on the root surface, in the soil and underneath/on top of the bark at the crown of the tree. Disease control options are limited due to the pathogen’s hardy resting structures, extensive soil penetration and ability to withstand drought, acidic soils and many common fungicides. 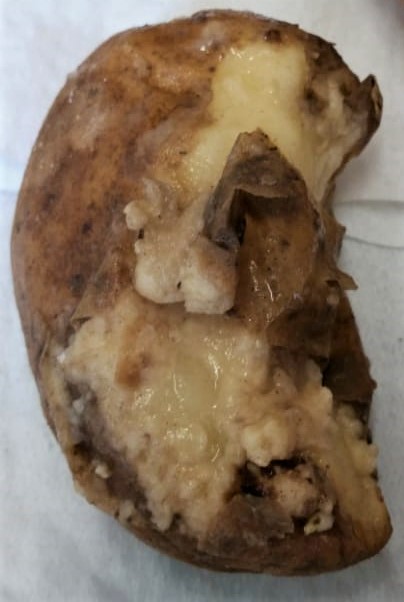 Pest/Pathogen of the Month: May

Pectobacterium species, formerly known as Erwinia species, are the main causal agents of soft rot, blackleg and aerial stem rot of potatoes as well as of many other vegetables and ornamentals (Figure 1). The genus consists of many species capable of causing disease. It is a Gram-negative, opportunistic pathogen that causes tissue maceration through the production of pectinolytic enzymes that result in cell wall degradation. The pathogen is mainly spread by latently infected propagation material, although it can also be spread by contaminated irrigation water, equipment and insects. It isn’t soilborne and therefore doesn’t overwinter or survive in the soil for longer than six months in the absence of a host. The pathogen remains latent within the plant until favourable environmental conditions cause a shift from latency to disease development.  Symptom expression is dependent on quorum sensing and therefore, pectinolytic enzyme production only starts after the pathogen population reaches a critical threshold. The main environmental factor that promotes disease development is high soil moisture, which creates an anaerobic environment, favouring the growth of this facultative anaerobe. 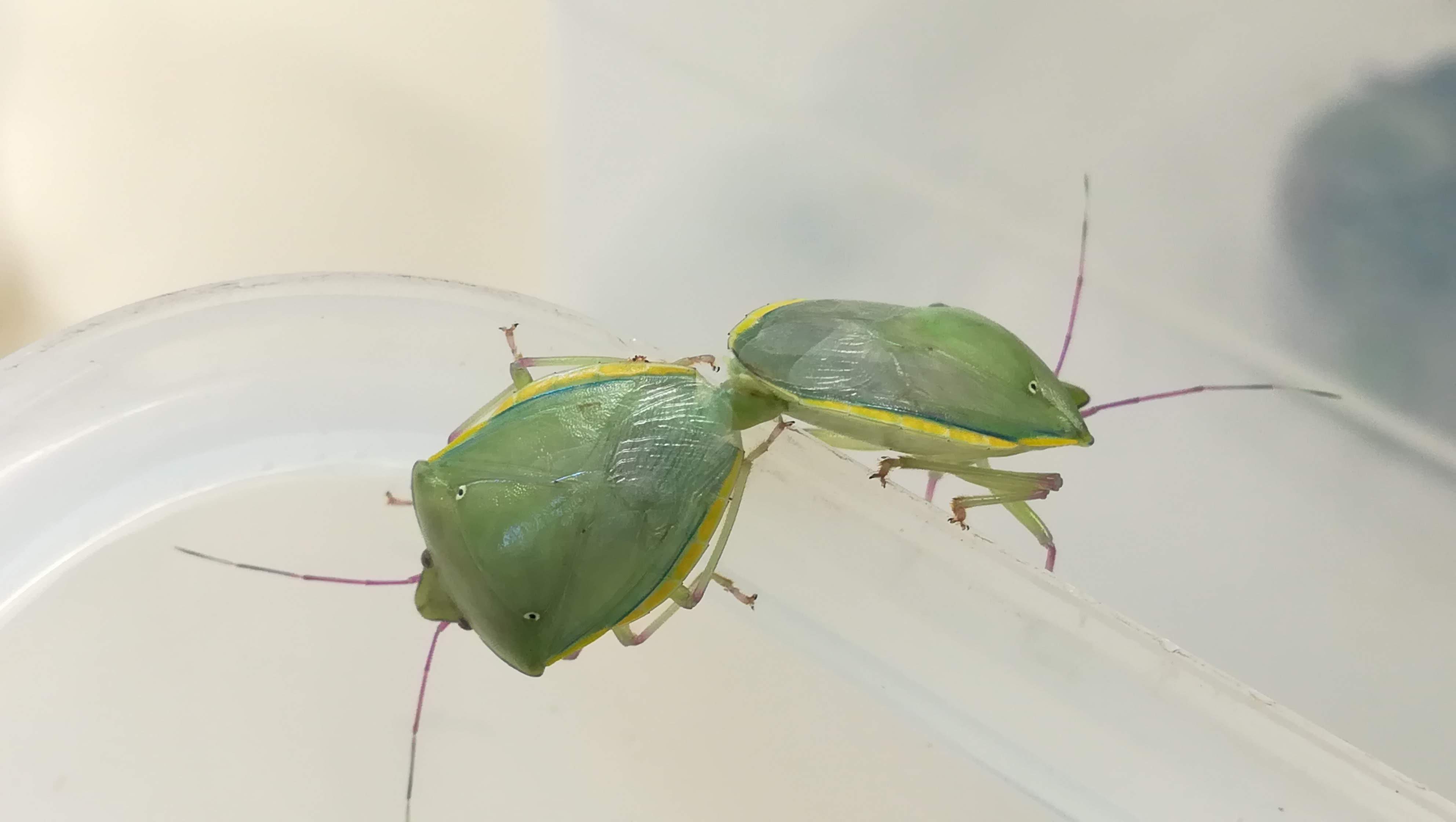 Pest/Pathogen of the Month: April

Bathycoelia distincta is a Heteropteran that was discovered in 1984 in the Limpopo region (South Africa). This indigenous species belongs to the Pentatomidae family, well-known to comprise the highest number of economically important species in the world.  These bugs are phytophagous and feed by inserting their stylets (mouthpart) into the food source to suck up nutrients, resulting in potential damage to plant tissue. Pentatomidae species are also characterized by their general ovoid form, antennae, and tarsi segmented into five and three parts respectively, and a short triangular scutellum. They are commonly called stink bugs, due to the odour produced by their scent glands. The Pentatomidae is the largest family within the superfamily Pentatomoidea (Heteroptera suborder, true bugs) and comprises of approximately 5000 of the estimated 8000 species, followed by the Lygaeidae, Reduviidae and Miridae. Species within Pentatomidae are further divided into eight subfamilies namely: Asopinae, Cyrtocorinae, Discocephalinae, Edessinae, Phyllocephalinae, Podopinae, Serbaninae and Pentatominae (the largest), in which B. distincta belongs. 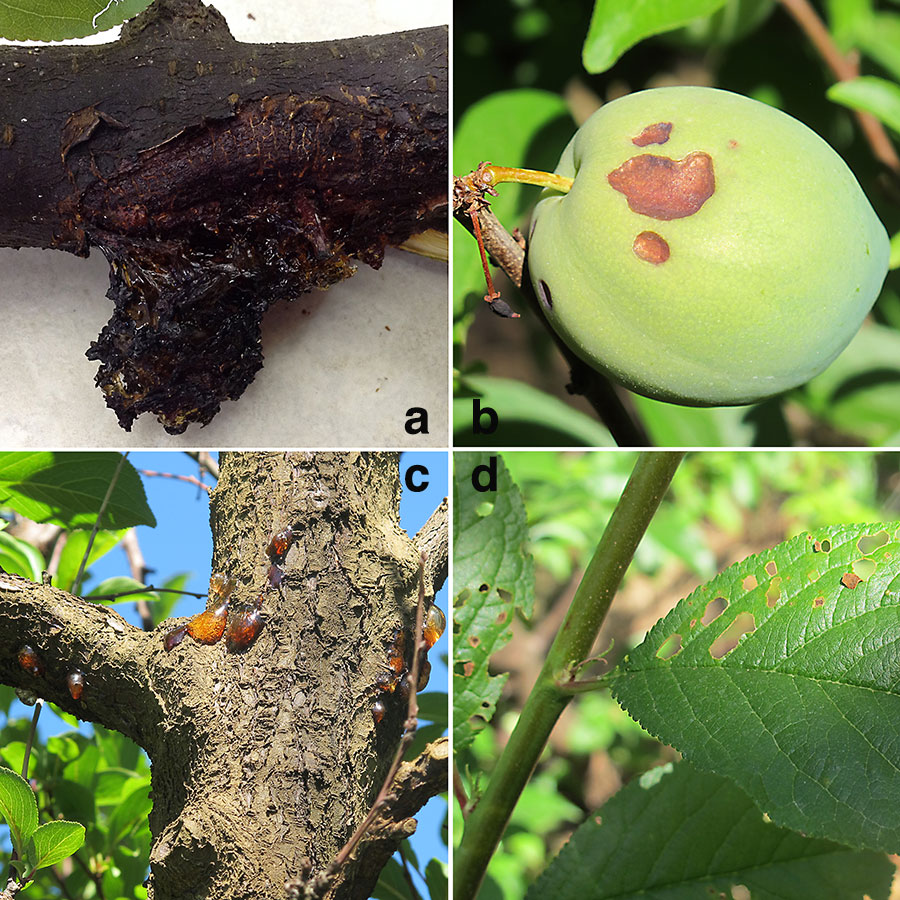 Pest/Pathogen of the Month: March

I assure you, there is nothing fake about Pseudomonas syringae, so named after its host of origin, Syringa vulgaris commonly known as lilac, or its devastating effect on agricultural systems. P. syringae is listed as #1 in the top 10 most economically significant plant pathogenic bacteria1. This bacterium is known as a species complex that comprises nine genomospecies (DNA-DNA hybridization delimitation), 13 phylogenetic groups (sequence-based similarity of four housekeeping loci), and 19 phylogenomic groups (whole-genome based phylogeny). There are currently over 60 pathovars (strains characterized based on host of origin or similarity of symptoms caused). P. syringae is widely used as model pathogen to study bacterial pathogenesis, molecular mechanisms of plant-microbe interactions, microbial ecology, as well as evolution and epidemiology. 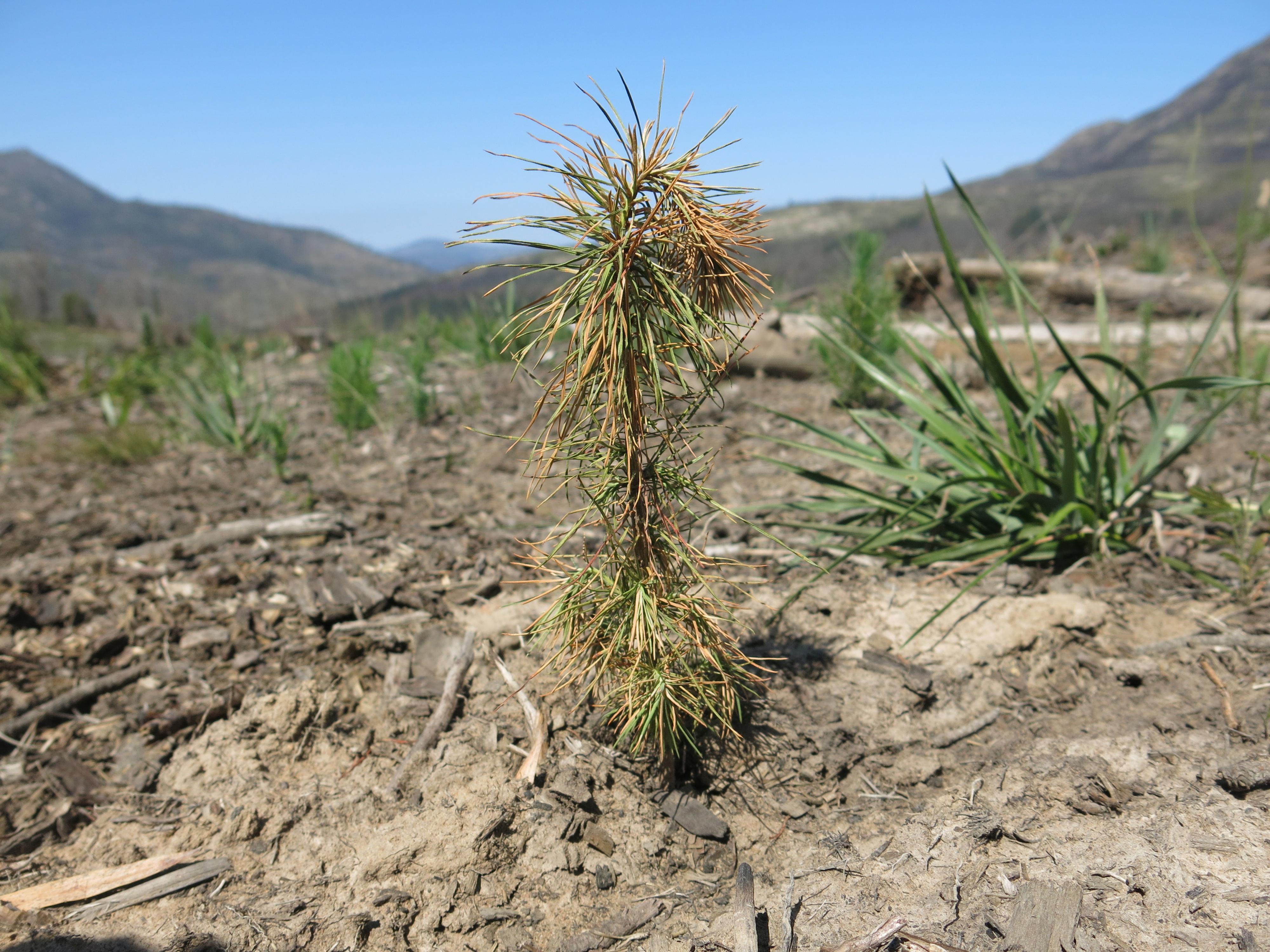 Pest/Pathogen of the Month: February

For the month of February, we have selected the genus, Fusarium, as our pathogen of the month. It is also fitting that both February and Fusarium start with an "F". There are a number of economically important Fusarium spp. that cause disease in forestry, agriculture and human health. If you look at the APS list of economically important crops, 81 of the 101 plants listed there are affected by at least one Fusarium disease. Some Fusarium species that infect cereal crops produce toxins, or mycotoxins, that if consumed by humans and animals can lead to diarrhoea, suppression of the immune system, have hormonal and estrogenic effects and cause oesophageal cancer in humans. In forestry, Fusarium circinatum is one of the most destructive diseases of pine that limits what pine species we can plant in South Africa. 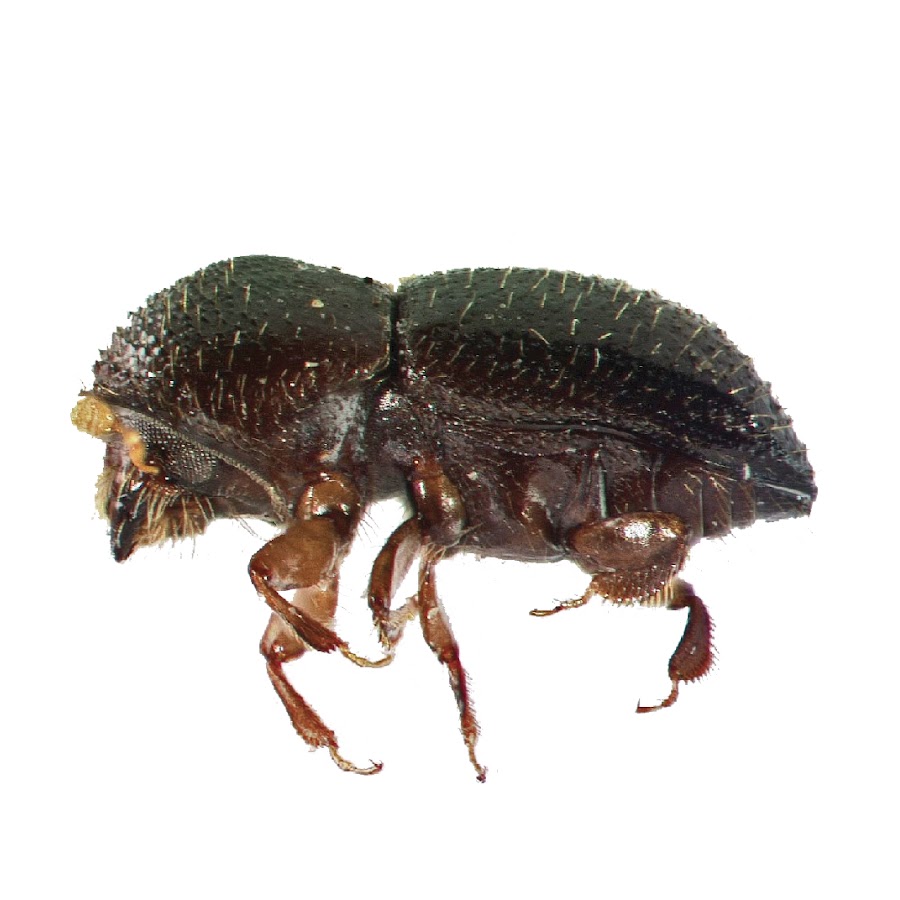 Pest/Pathogen of the Month: January

The Polyphagous Shothole Borer (PHSB) was discovered for the first time in South Africa by the FABI team in 2017. Since then, this beetle and its fungus have been found killing trees in all provinces in South Africa, except Mpumalanga. It attacks agricultural and forestry crops, street and garden trees, as well as several native tree species.