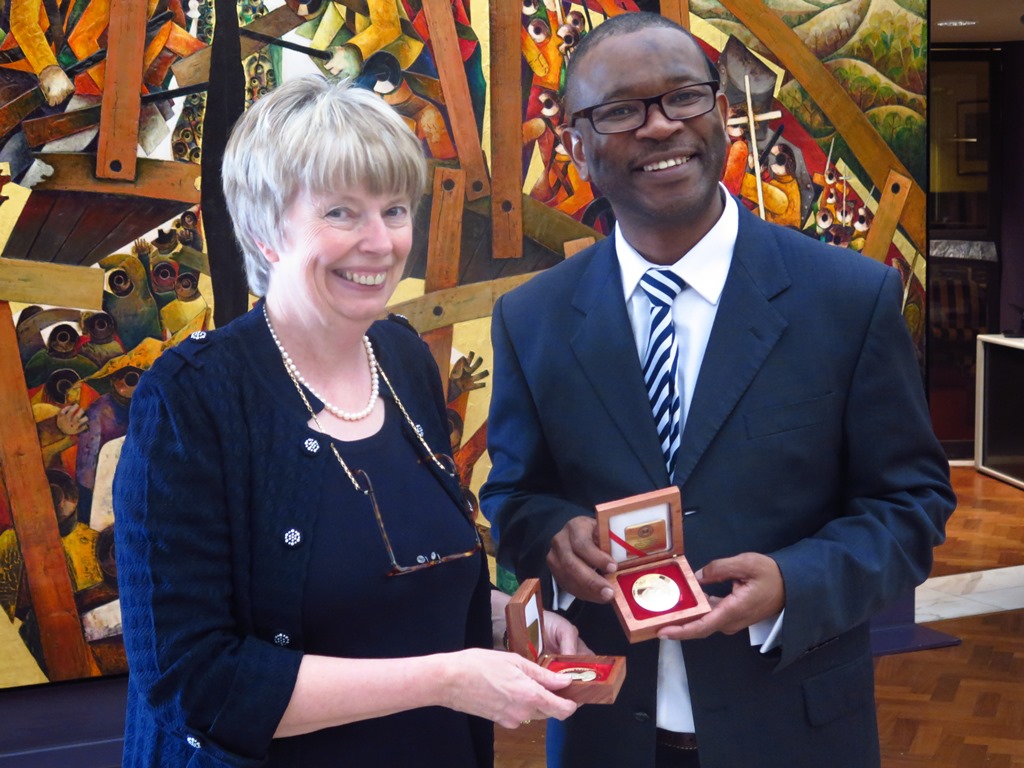 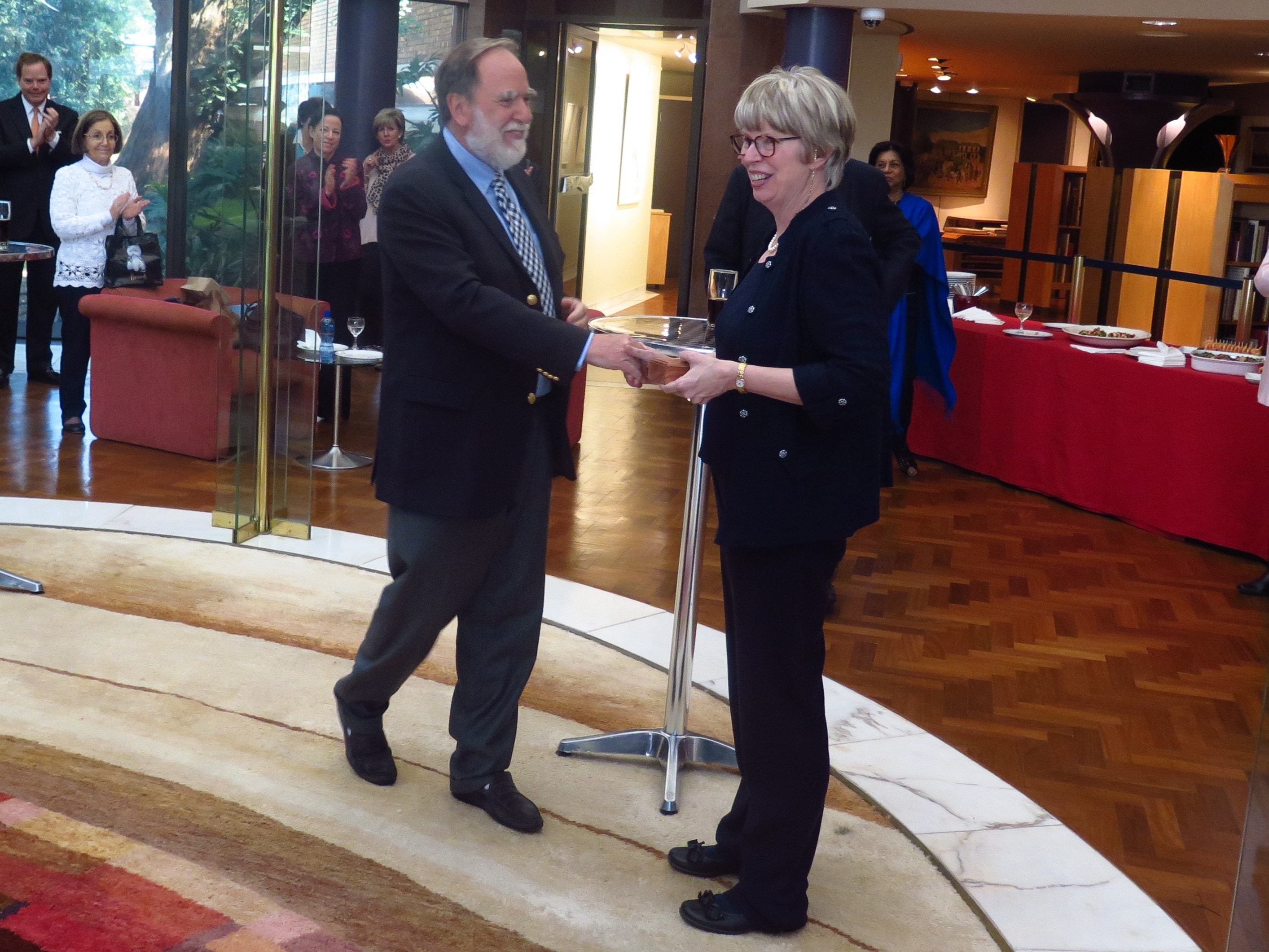 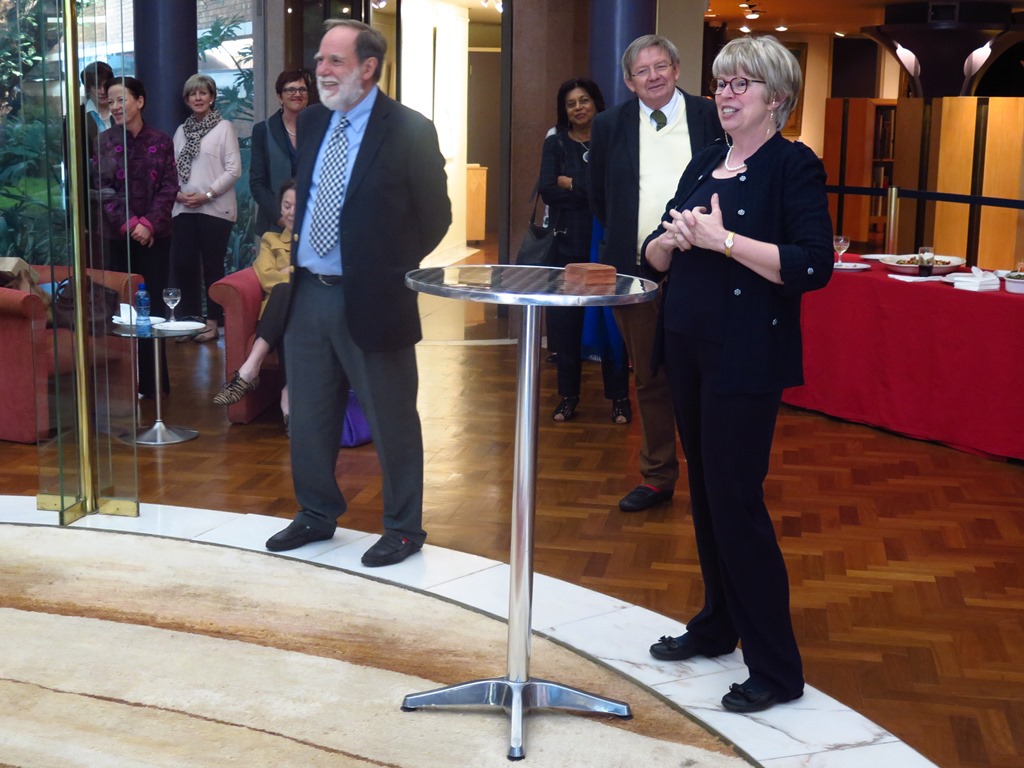 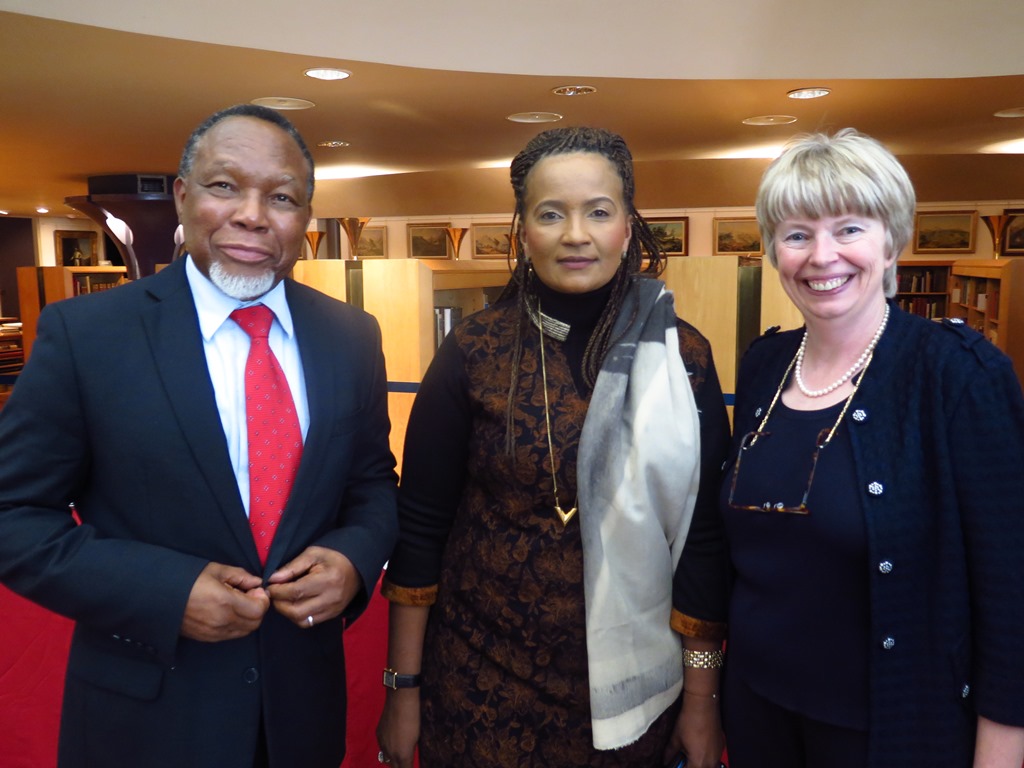 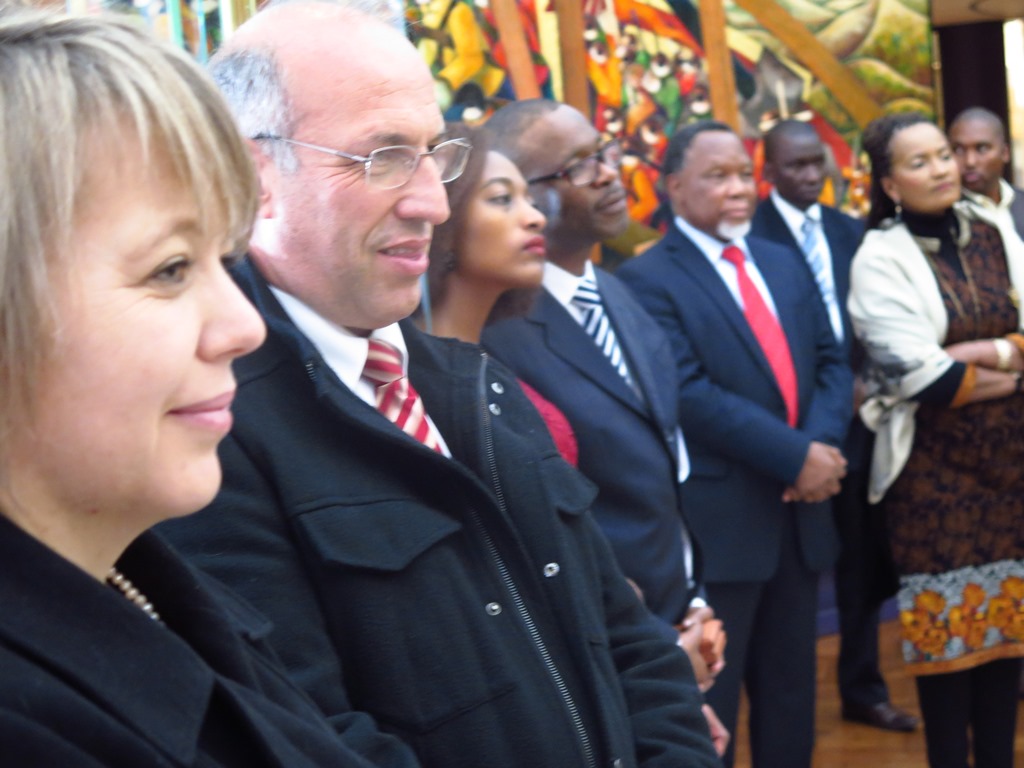 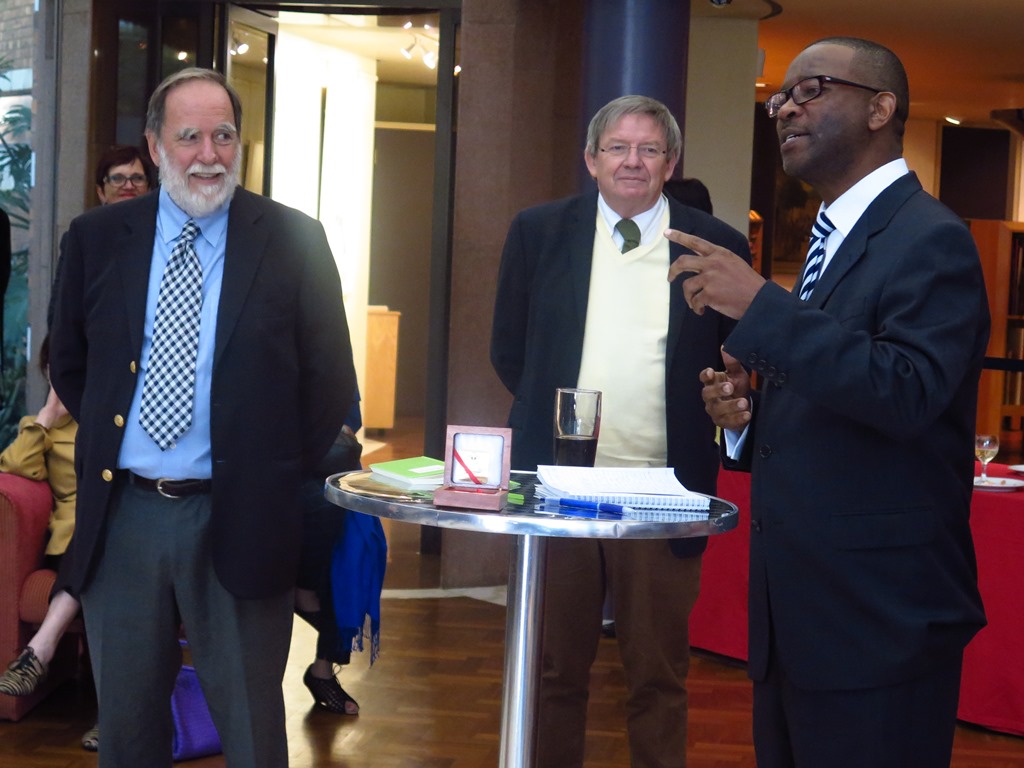 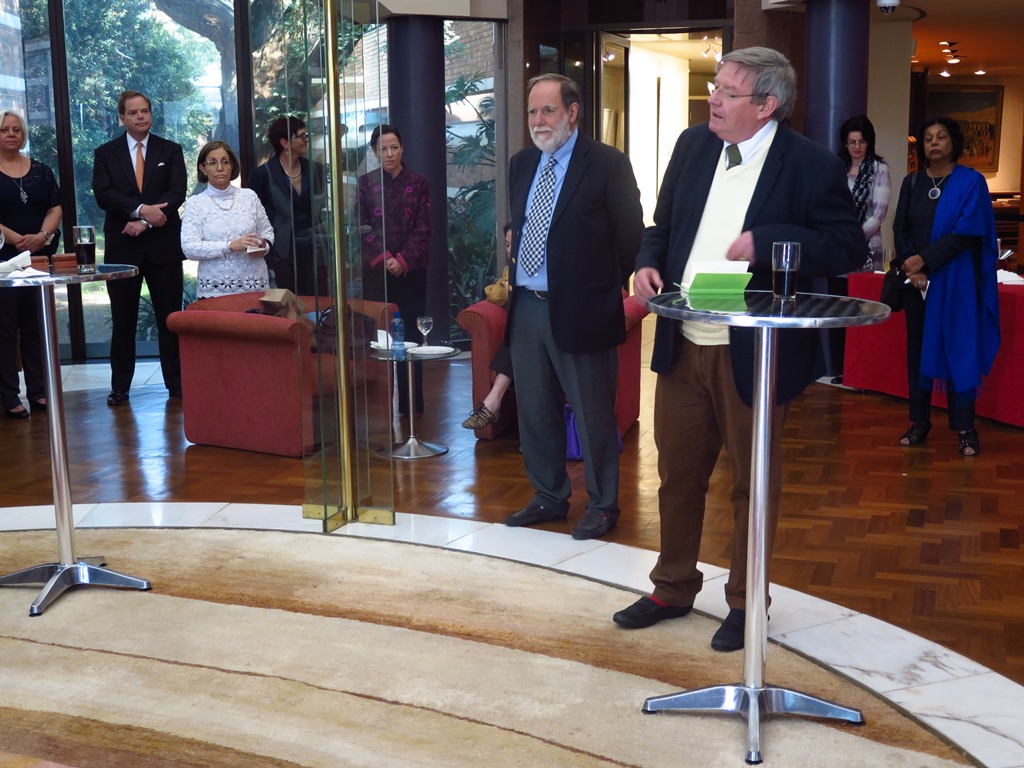 On Friday 3 June, Prof. Brenda Wingfield, one of FABI’s research leaders received the highly prestigious Harry Oppenheimer Memorial Fellowship Award made by the Oppenheimer Memorial Trust (OMT). She was joined in receiving this award by Prof. Xolela Mangcu, political commentator and leading academic at the University of Cape Town.  In announcing the 2016 winners of the award, Mr. Nicky Oppenheimer, former Chairman of De Beers Diamond Company said that it was unusual but not unprecedented to make this very prestigious award to not one but two leading academics.  He said that there had been years where the award has not been given but that this year, two candidates had so impressed the Trustees of the OMT that they decided to make two awards.

The two awards were announced by OMT Trustee Mr. Bobby Godsell, former CEO of the De Beers Diamond Company and they were presented by Mr. Nicky Oppenheimer. The awards ceremony, held in the Brenthurst Library on the Brenthurst Estate (home of the Oppenheimer family), was attended by colleagues, family and friends of the awardees as well as many distinguished guests including former South African President Kgalema Motlanthe.  Each of the awardees will receive R1.5 million to pursue their chosen research goals during the coming year.  Prof. Mangcu will produce a highly contextualised biography of the first democratically elected President of South Africa, Nelson Mandela.  Prof. Brenda Wingfield will extend her studies of sexual reproduction in fungi but specifically also provide her students with an opportunity to participate in an international project on this topic.