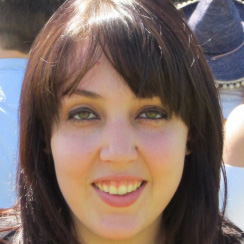 I first started in FABI as a mentorship student in my second year of BSc. My mentor was a MSc student at the time, Markus Wilken, who was working on mating-type genes in Ophiostoma quercus. This was my first exposure to research. I then completed my BSc Honours degree in FABI, working on the MAT1-1-1 gene of Ophiostoma quercus.

My MSc degree began in 2010 under the supervision of Prof Brenda Wingfield, Prof Mike Wingfield, Dr Martin Coetzee and Dr Markus Wilken. For my MSc degree I  analysed microsatellite distribution and abundance in the genome sequence of the plant pathogen Ceratocystis fimbriata. I then chose 10 markers within gene regions to test on other species in the C. fimbriata sensu lato species complex in order to better differentiate between cryptic species in the genus Ceratocystis.

The focus of my PhD was on the mating system of C. fimbriata. This ascomycete is homothallic (self-fertile) and can sexually reproduce by itself. Three MAT genes have previously been identified at the MAT1 locus in C. fimbriata; MAT1-1-1, MAT1-2-1, and MAT1-1-2. Sometimes the MAT1-2-1 gene is irreversibly deleted and a heterothallic (self-sterile) isolate is produced as a result.  This phenomenon is termed unidirectional mating-type switching. There are also isolates that have all three MAT genes but are self-sterile.

My research included mating the two different self-sterile isolates of C. fimbriata to analyse the MAT genes present in the offspring. Together with another PhD student, we produced an improved assembly of the C. fimbriata genome and included evidence-based gene predictions. I then used the RNA-seq data of a self-fertile and the two different self-sterile isolates to further investigate differences linked to mating between these isolates. The last chapter of my PhD thesis addressed the differences present in large regions flanking the MAT locus across species within the Ceratocystidaceae.