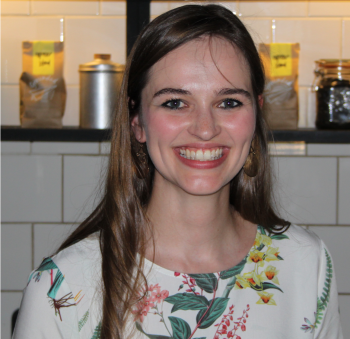 Hundreds of millions of nematodes of the species Deladenus siricidicola are reared at the FABI Biocontrol Facility annually. This provides pine growers in South Africa with a valuable biological control agent against the invasive woodwasp, Sirex noctilio.

My supervisors and I are interested in how this microscopic worm is able to survive within its host, causing sterility in the female wasp, despite the robust host immune response. I am working on unravelling this immune interaction with the use of genome as well as transcriptome data.

The study of entomopathogenic nematodes (nematodes capable of infecting insects) and their hosts is not only important considering their role as biocontrol agents but the nematode-insect system also provides a model to investigate difficult to study parasitic nematode infections in vertebrates, including humans. The effect of the nematode on its host's immune response is a further subject of interest for its possible application in non-infectious human diseases. As somebody from a medical background, surrounded by entomologists, mycologists and plant pathologists, I find these possibilities both comforting and inspiring!