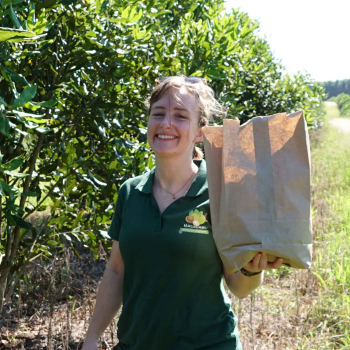 I am a MSc candidate in Microbiology working on fungal nut diseases of macadamia. Husk rot, the most prevalent fungal disease, causes soft, dark brown lesions on nuts in field often resulting in premature nut drop. Fungi known to cause husk rot include Diaporthe spp., Colletotrichum spp. from the C. gloeosporioides species complex. An emerging form of husk rot caused by Caloncetria spp. has also been reported in China and detected recently in South Africa.

Yield loss due to husk rot and lack of understanding regarding the diversity, biology and epidemiology of the various pathogens involved in this disease are among the motivations for undertaking this field of research. My study aims to provide information regarding the diversity and biology of pathogens involved in husk rot in South Africa to aid in the better understanding and thus the improved management of this disease.

I started my journey with FABI in the final year of my undergrad in the CTHB Mentorship Programme. The following year, I complete my BSc Honours in Microbiology under the guidance of Dr. Gerda Fourie researching the potential impact the dominant fungal symbiont (Fusarium euwallaceae) of a newly invasive beetle, the Polyphagous Shothole Borer (PSHB), may have on macadamia in South Africa.

I am a part of the MaPP Diagnostic Clinic providing an essential service to SAMAC growers and also am currently aiding in CropWatch BioSecurity Africa Beetle survey in Macadamia orchards, providing lab confirmed identifications of ambrosia and bark beetles (Curculionidae: Scolytinae and Platypodinae).

The numerous research opportunities that can make a notable impact on the industry as well as the willingness and enthusiam of many macadamia growers to trial and embrace research as a starting point for alternative mangement strategies are just a few reasons I am incredibly grateful to be a young researcher in this field here in South Africa. Catch me if you can!

PhD candidate Elisa Pal from the MaPP conducted a field trial using traps baited with stink bug pheremones - the first time this has been done in SA. Four members of the Macadamia Protection Programme in FABI, visited Nseleni nursery in Richards Bay in KwaZulu-Natal during a three day fieldtrip. In February, PhD candidate Elisa Pal joined by her fellow comrades from the Macadamia Protection Programme went on a massive egg hunt. 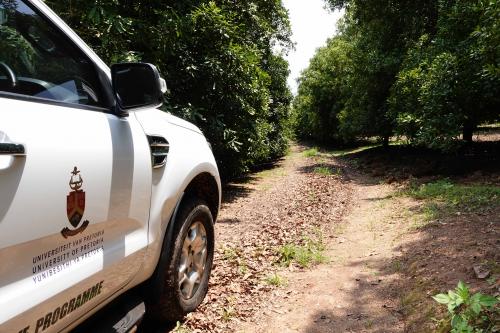 First fieldtrip for the Mad Macs in 2022

Four members of the Macadamia Protection Programme (MPP) in FABI, visited farms in the Mpumalanga province during a three day fieldtrip. The last field trips for the year for the MadMacs

The MadMacs finished off the year with two field trips to the KwaZulu-Natal and Mpumalanga Provinces. The “Book Club” has become a regular annual event held during a selected FABI Monday Morning Meeting towards the end of each year. Mad Macs attend the SAMAC Macadamia Day in the KNP Members of MPP and UQ teams have been taking part in monthly research meeting throughout 2021 using online platforms. After an 18 month hiatus, FABI celebrated the first publications in an ISI-rated scientific journal of three FABI postgraduate students in the TPCP and CTHB groups During the week of 5 October, the Macadamia Protection Programme was in Mpumalanga for an on-going flower blight survey. n Friday 13 August, members of the Macadamia Protection Programme along with other FABIans gathered to say farewell to Dr Arista Fourie. The Macadamia Protection Programme’s (MPP) ‘Mad-Macs’ team went on another field trip, this time to the KwaZulu-Natal south coast! 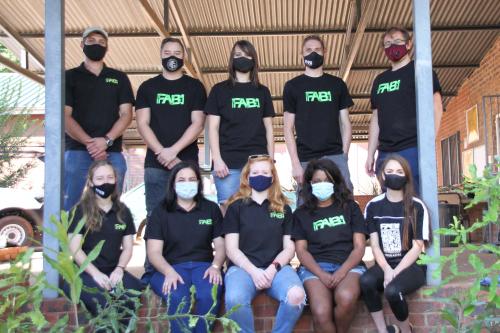 On Tuesday 20 April, members of the Macadamia Protection Programme (MPP) in FABI planted approximatively 300 macadamia trees from various different cultivars that are grown commercially by the industry. The PSHB Research Network in FABI has been at the forefront of research and field extension work, and to this end has created an online resource for use by both the public and academia. The Macadamia Protection Program (MPP) is back in the field! MPP research group leader Dr Gerda Fourie, joined by MSc candidate Dee Twiddy and PhD candidate Elisa Pal travelled to the Mpumalanga area during the week of 9 February. On 20 January, FABI had the pleasure of hosting a virtual congress of the South African Society of Plant Pathologists’ (SASPP).

My News and Views Articles