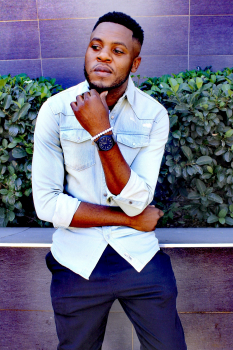 I am currently pursuing an MSc in Microbiology in the avocado research program (ARP).

My research project is focused on investigating the adhesion of Phytophthora cinnamomi to avocado during the early stages of infection.

Phytophthora cinnamomi is a soil borne oomycete that presents major challenges in the production of Persea americana (avocado) in countries that are responsible for its high production, including South Africa.

The main infection structures of this pathogen are motile, uninucleate, biflagellate zoospores that chemotactically move towards a potential host and orient in a position that allows for the release of adhesive material that facilitates attachment to the host surface.

The ability for encysted zoospores to successfully attach to the host surface is an important step in the early stages of infection as it sets the stage for subsequent colonization, germination and release of effectors to overcome the host defenses.

There is limited information on the role of adhesion genes found in oomycetes. This study aims to investigate this crucial step during avocado infection through the identification and expression analysis of adhesion genes in the P.cinnamomi-avocado pathosystem.