We want to hear about your systematics research! The Southern African Society for Systematic Biology is hosting a webinar series to enable sharing of systematic research, both local and international, and to offer an online space for discussion about your systematic biology research, thoughts, & questions. The webinar will be a two-hour session on the First Thursday of the month at 16h00 SA Standard Time/Central Africa Time (UTC+02:00). The first half will be either recorded or live talks by an invited plenary speaker who will share their work on a specific theme, followed by a shorter talk within the same theme. After the talks and a Q&A session, the online space will be held open for 30 minutes for informal discussions and chats about the research presented, or other topics of interest to the systematics community.

For a line-up of speakers, you can also visit the SASSB website. Links will be distributed following registration, so be sure to sign up! Please contact Prof Fanus Venter if you have any questions.

7 October 2021: Theme and speaker to be announced.

5 November 2021: (Join session with SASSB AGM). Theme and speaker to be announced.

Title: Phylogenomics of Lentinula and the origin of cultivated shiitake mushrooms

Please fill in the registration form below should you wish to attend the SASSB 2021 Webinar Series. You will be provided with information regarding the seminar for each month via email, thus please ensure to give the correct email address. 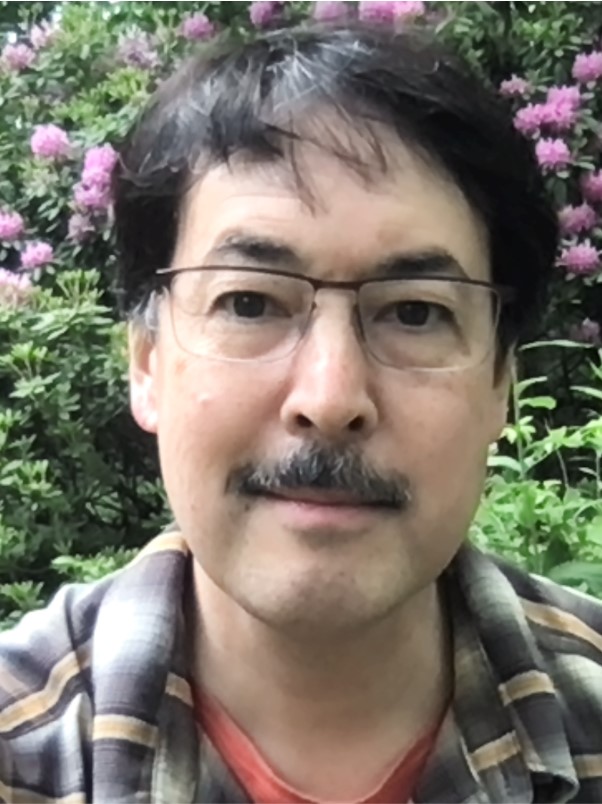 Title: Phylogenomics of Lentinula and the origin of cultivated shiitake mushrooms

Abstract: Shiitake (Lentinula edodes) is the number one species of cultivated edible mushrooms in the world. In his 1983 monograph, the British mycologist David Pegler recognized three species of Lentinula from Asia-Australasia and two in the Americas. Since then, three more species have been described, two in the Americas and one in Africa (Madagascar). A second African species may occur in the Democratic Republic of the Congo. We are using molecular phylogenetics and phylogenomics to understand the diversity and evolution of Lentinula. Phylogenies based on 343 ITS and 116 tef1-α sequences resolve about 14 species-level lineages in the genus. We generated 25 new Lentinula genomes with a broad geographic and taxonomic representation and added 4 published genomes. We also assembled and annotated 60 genomes from Chinese material, previously published as unassembled raw reads. Phylogenomic analyses, including Bayesian coalescent species delimitation approaches, corroborate results based on ITS/tef1-α. East Asian isolates, which correspond to L. edodes s. lato, comprise multiple lineages that may warrant recognition as species. Analyses of SNPs (single nucleotide polymorphisms) suggest that there are two major populations of L. edodes s. lato in East Asia. One includes both cultivated and wild-collected isolates, and the other contains only wild isolates. A group of “mixed” isolates contains nearly equal proportions of SNPs assigned to either the cultivated/wild group or the wild group. One interpretation of these results is that there has been introgression from cultivated strains into wild populations, suggesting that shiitake farming poses threats to indigenous biodiversity in Lentinula.

Abstract: Continued discovery and description of fungal species has meant that currently available DNA barcodes often fail to conclusively delineate many genera and species. Consequently, the increasing availably of whole genome sequence data is emerging as an important tool to clarify these ambiguous taxonomic relationships. The Ophiostomatales (Ascomycota) accommodates more than 300 species characterized by similar morphological adaptations to arthropod dispersal. We investigated the occurrence and taxonomic novelty of ophiostomatalean-like fungi from the Termitomyces fungus combs of fungus-farming termites. Morphological characteristics and DNA sequence data revealed that the studied isolates reside in three well-supported lineages representing three novel species. However, the generic placement of these species could not be clarified using conventional DNA markers. A phylogenomic approach was consequently utilized to resolve this question. The results provided sufficient evidence to introduce two new genera (Intubia and Chrysosphaeria) residing in a broadly defined Ophiostomatales. Three new species, Intubia macrotermitinae, Intubia oerlemansii and Chrysosphaeria jan-nelii were described in these genera.

Abstract: South Africa is a fungal biodiversity hotspot and contains many undescribed fungi. This is especially true considering Penicillium, a genus characterized by branched conidiophores that resembles a tiny brush. Penicillium occurs worldwide and affects humans and animals in many ways. Their importance necessitates a stable taxonomy that allows researchers to easily identify strains to species level. The systematics and classification of species in this genus are well established and represents one of the most modern taxonomies for all fungi. The widely used consilient concept of species considers morphological, physiological, and phylogenetic characters to delineate species. This modern approach led to working on these difficult fungi becoming easier than ever, including finding missing diversity and describing new species. In this study, isolations from wheat growing agricultural soils resulted in 633 Penicillium strains. These were identified using mainly beta-tubulin sequences. These strains were screened for potential PGP (Plant Growth Promoting) properties, in the form of Phosphate solubilization (PS) activity, as well as Indole acetic acid (IAA) production. The five best performing strains were used in potting trials, to test their ability to affect wheat plants development (IAA) and available soil phosphorus (PS) and therefore assist plant growth. In this presentation, we discuss the modern taxonomy of Penicillium and summarize the main results obtained during our survey, including the description of some new species, and the PGP potential of these fungi. 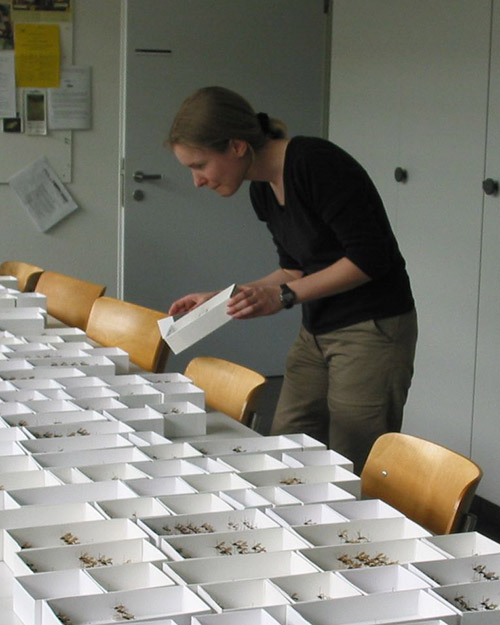 Abstract: Calibrating molecular trees to reflect absolute time allows us to interpret them in the light of major events in the deep past, such as the movement of continents, a devastating asteroid impact, or the radiation of another group of organisms. The primary source of information for calibrating the molecular clock is the fossil record, which is unfortunately notoriously patchy. The traditional way of dating trees, “node dating”, uses the oldest fossil of a particular group to construct an assumption about the age of its ancestral node. A more recent approach, called “total-evidence dating”, treats fossils as primary data by incorporating them as tips in the phylogeny, relying on a morphological clock to calibrate the molecular tree. I will discuss pros and cons of each method and present simulation results that try to shed light on the morphological-clock assumption. Finally, I will show some insights from an empirical study on my favourite parasitoid wasps, which turn out to be much older than previously appreciated.

Biography: Seraina is Curator of Entomology at the Natural History Museum in Basel, Switzerland (since 2019). Fascinated by the diversity of nature from an early age, she is now a specialist of parasitoid wasps of the family Ichneumonidae – one of the groups for which our knowledge lags most strongly behind the actual diversity. She was trained in Switzerland and conducted postdocs in Sweden (with Fredrik Ronquist) and Australia, where she learned more about the Southern Hemisphere members wasp fauna. While basic taxonomic research keeps inspiring her to make slight detours into functional morphology, ecology and courtship behaviour, she has also contributed to method development in systematics and phylogenetics, especially with respect to the design of phylogenetic studies and to the calibration of the molecular clock. The latter has recently also sparked her interest in ichneumonid fossils and in the modelling of morphological characters within the framework of total-evidence dating. Currently, she is working on describing more of the unknown past and present ichneumonid fauna, and on dating the tree of these parasitoids in order to obtain a timeline for their co-evolution with their hosts.

Title: Molecular dating through secondary calibration as a tool to infer the dispersal mechanisms responsible for the biogeography of extant fungi.

Abstract: Molecular clock dating methods have been employed to answer question about host shifts, biogeography, lifestyle and mechanisms of speciation of fungi. Molecular dating methods rely on a robust phylogeny of the species investigated and calibration data to produce a chronogram with well supported nodal dates. Calibrating a fungal phylogenetic tree is often problematic as fungal fossil records are few and mutations rates might not be available for the lineages of interest. A solution to solving this problem involves the use of a secondary calibration time to a node shared by the taxa of interest. The application of this method is illustrated in our earlier research in which we inferred the age of the most recent ancestor (MRA) of the mushroom genus Armillaria. Species of this genus are important fungal pathogens that cause root rot of woody plants. They have a global distribution, but some species are restricted to certain continents and species do not co-occur in the Southern and Northern hemispheres. Phylogenetic trees reflect their biogeography by grouping Armillaria species into two major clades representing the two hemispheres. Based on this dichotomy, the working hypothesis was that the biogeographical distribution of extant Armillaria species is the result of vicariance driven by continental drift following the breakup of Gondwana. Molecular dating was used to test this hypothesis. For this purpose, three data sets were generated for analyses: a Basidiomycota Matrix, a Ascomycota-Basidiomycota Matrix and a Armillaria Matrix. The first two matrices were generated to obtain a secondary calibration date that was subsequently applied to a chronogram obtained from the Armillaria Matrix. We calculated the age of the MRCA of Armillaria at approximately 54 million years ago within the Early Paleogene. The age of the MRCA post-dated the tectonic break-up of Gondwana. This suggests that the distribution of extant Armillaria species is the result of ancient long-distance dispersal rather than continental drift.

Abstract: A comprehensive higher level revision of the subfamily Banchinae in the Afrotropical region is provided, including an investigation of evolutionary relationships. Morphological data were combined with molecular sequence data from two nuclear genes, 18S and 28S, and one mitochondrial gene, COI, for 76 taxa representing all three tribes and 10 of the 12 currently recognized Afrotropical genera. Divergence dates and historical biogeography were estimated on the inferred phylogeny. The most important results of the study suggest that (1) the tribes, as represented in the Afrotropical region, form separate clades, with monophyly well-supported for Glyptini and Banchini; (2) the endemic genus Sjostedtiella, along with other “forest-associated” lineages, was found to be the oldest banchine genus within the Afrotropical region; and (3) the dating of the temperate-associated genus Cryptopimpla refutes the hypothesis that banchine lineages found within the Cape region of South Africa are more derived because of their association with the Cape Floristic Region. Most of the genera were found to be monophyletic, while paraphyly was found for Lissonota. In addition, certain genera appear more speciose in tropical savanna or forested regions, whiles others were only found in temperate regions, supporting relative affinities of these genera to specific biogeographical areas defined by habitat and climate. The results presented here illustrate the need for a reassessment of the generic status of Lissonota.