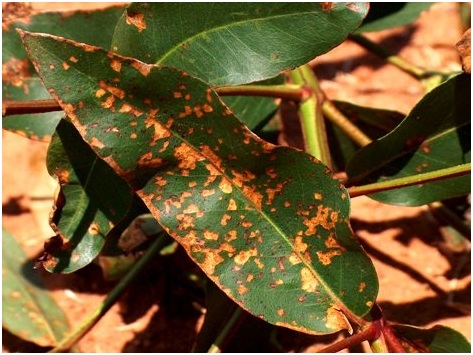 This research programme focuses on bacterial diseases of trees, both plantation and native tree species and to a lesser extent, fruit trees. We have two major research focuses – one on taxonomy and the other on pathogenicity factors exhibited by a select group of pathogens. The taxonomic research involves identifying new species using modern approaches, mainly in the Enterobacteriaceae. The majority of bacteria we have identified thus far have been opportunistic plant pathogens whilst others have been associated with plants as endophytes. This has led to a number of studies where we have attempted to understand how these opportunists can function as successful plant pathogens despite the fact that they occur in other ecological niches which are often diverse, such as in diesel fuel.

Our interest has primarily been on Pantoea ananatis and related Pantoea species, although we do have research projects on Xanthomonas spp. and Ralstonia solanacearum. P. ananatis is responsible for bacterial blight and die-back of Eucalyptus, brown stalk rot of maize and occurs on onion seed in South Africa. Our studies have centred on taxonomy and on developing rapid and reliable methods of distinguishing between the species of Pantoea. We are now expanding this research and are using a phylogenomic approach to examine this genus. Other elements currently under investigation include understanding the epidemiology and biology of primarily P. ananatis, but this has been expanded to include the other pathogens mentioned above as well. We have identified a number of pathogenicity factors in P. ananatis and this has given us some insight into its life as a phytopathogen. The approach we have used has involved both comparative and functional genomics. The pathogenicity factors investigated have included motility, Type VI secretion system, quorum sensing and exopolysaccharide production.