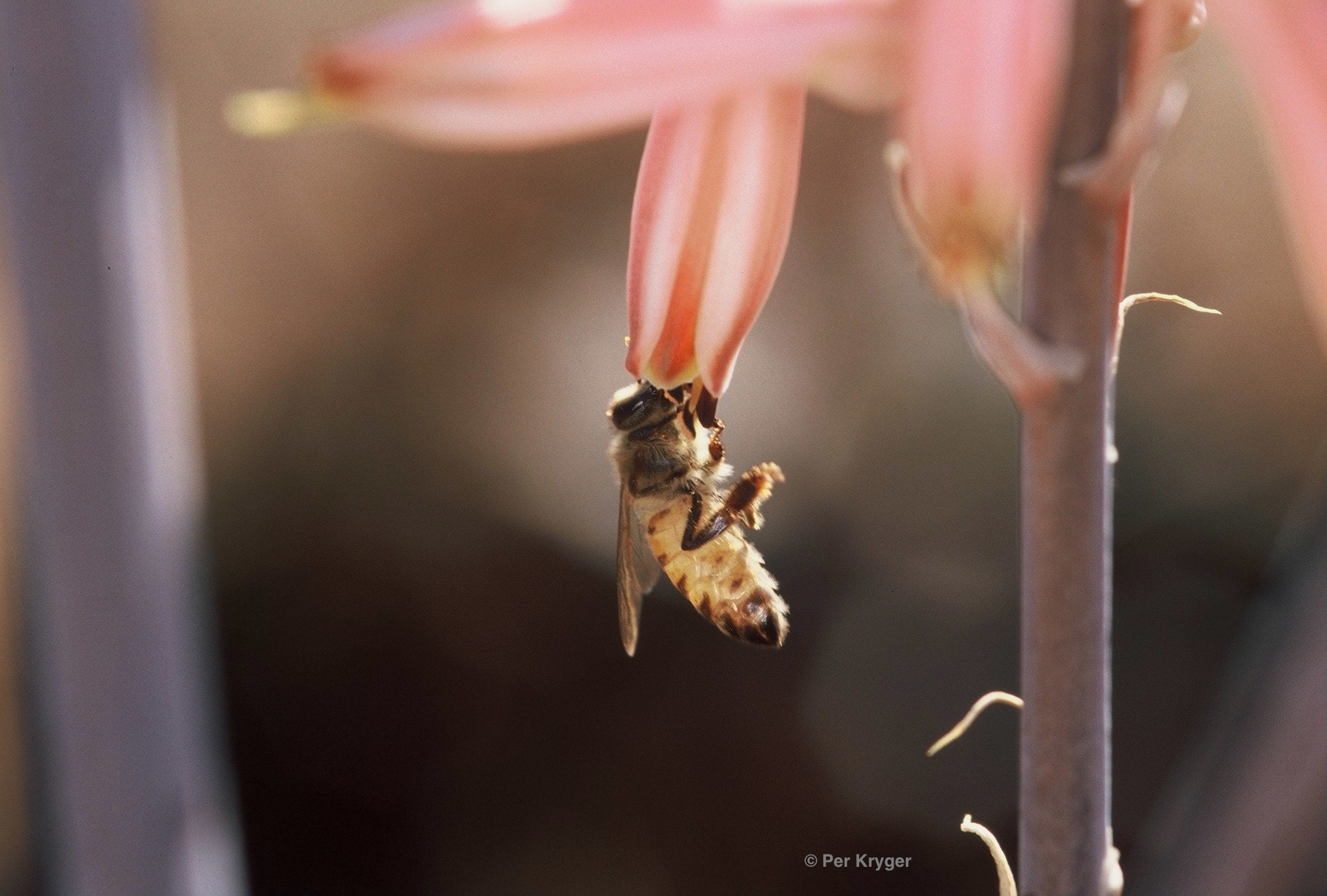 One of our main topic of research is the analysis of pheromonal communication between colony members, using behavioural observations, analysis of the relatedness of the individuals involved, bioassays of their responses to pheromonal compounds and gas chromatographic analysis of chemical signals produced. This work allows us to explore the regulation of reproductive conflicts in honey bee colonies. We also study other aspects of social organisation, such as the diet of workers that reproduce, division of labour, regulation of nest homeostasis etc.

Our research on pesticides looks at the impacts they have on the survival and decline of bees as well as the environment. Here our focus is on effects such as mortality, learning and behavioural impairment (foraging, taste, memory, responses to pheromones), physiological (detoxification) and impacts of changing environment (temperature).

With the threats to the survival of managed honey bee colonies, we are doing research into bee diseases and the potential threats they pose to honey bee health and sustainable apiculture. Our group is also part of global initiatives such as COLOSS (Prevention of honeybee Colony LOSSes) and SUPER-B networks that focus on research and improving the well-being of pollinators at the global level. In 2015, we were selected unto the Executive Council (EC) of the Africa Apiculture Platform (AAP) for honey production, bee health and pollination services of the African Union.

From a more local perspective, we are investigating the population genetics of wild honey bees in South Africa with a view to making recommendations about the conservation of local populations. Honey bees are major pollinators of both native flora and agriculturally important crops. The bees have recently been threatened by several parasites that affect the colonies of commercial beekeepers, and whose effect on the wild population is poorly understood. We are monitoring the population densities of honey bee colonies in different habitats to establish a benchmark against which we will be able to assess the effect of parasites on wild populations in the future.

The group is collaborating with other groups and institutes within Africa in countries like Kenya, Nigeria, Uganda, Cameroon, as well as in Thailand, China, USA, Switzerland, Netherlands, and Germany.

Please contact us if you want to work on bees, ants or termites in South Africa http://www.up.ac.za/sirg