Studying his Art Degree at the University of Pretoria Botha became known for his sculptures of cut paper from his first exhibition as a student. Probably best known for the controversy he stirred when creating a figure of Christ from bibles cut into the form. Today he is one of South Africa’s leading sculptors.

The sculpture is three heads of Hyenas cut from government forms and documents. Botha plays on the government employee being nothing more than a wall flower sitting and watching the world happen around them, without having any influence on it anymore like a stuffed animal on the wall. 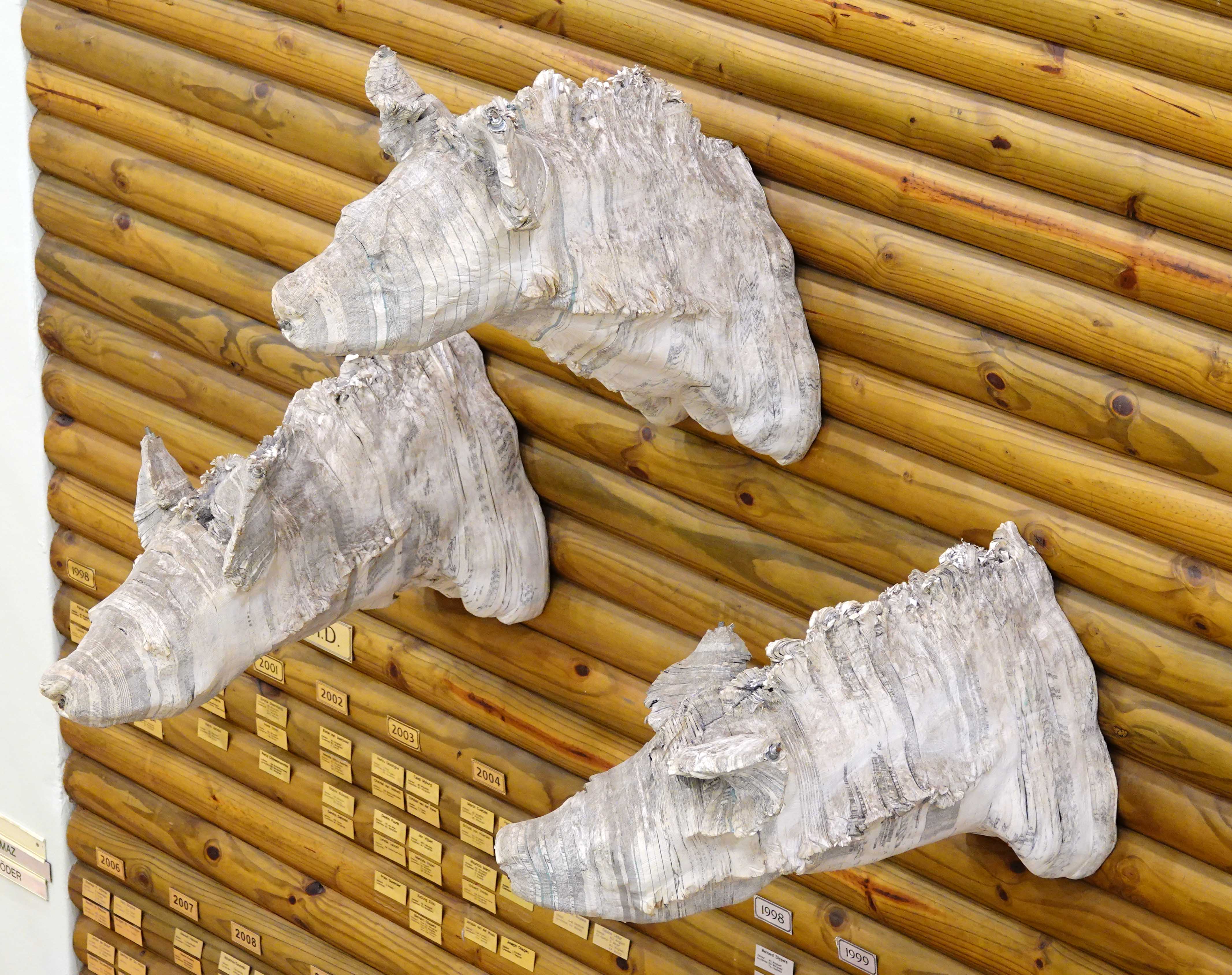 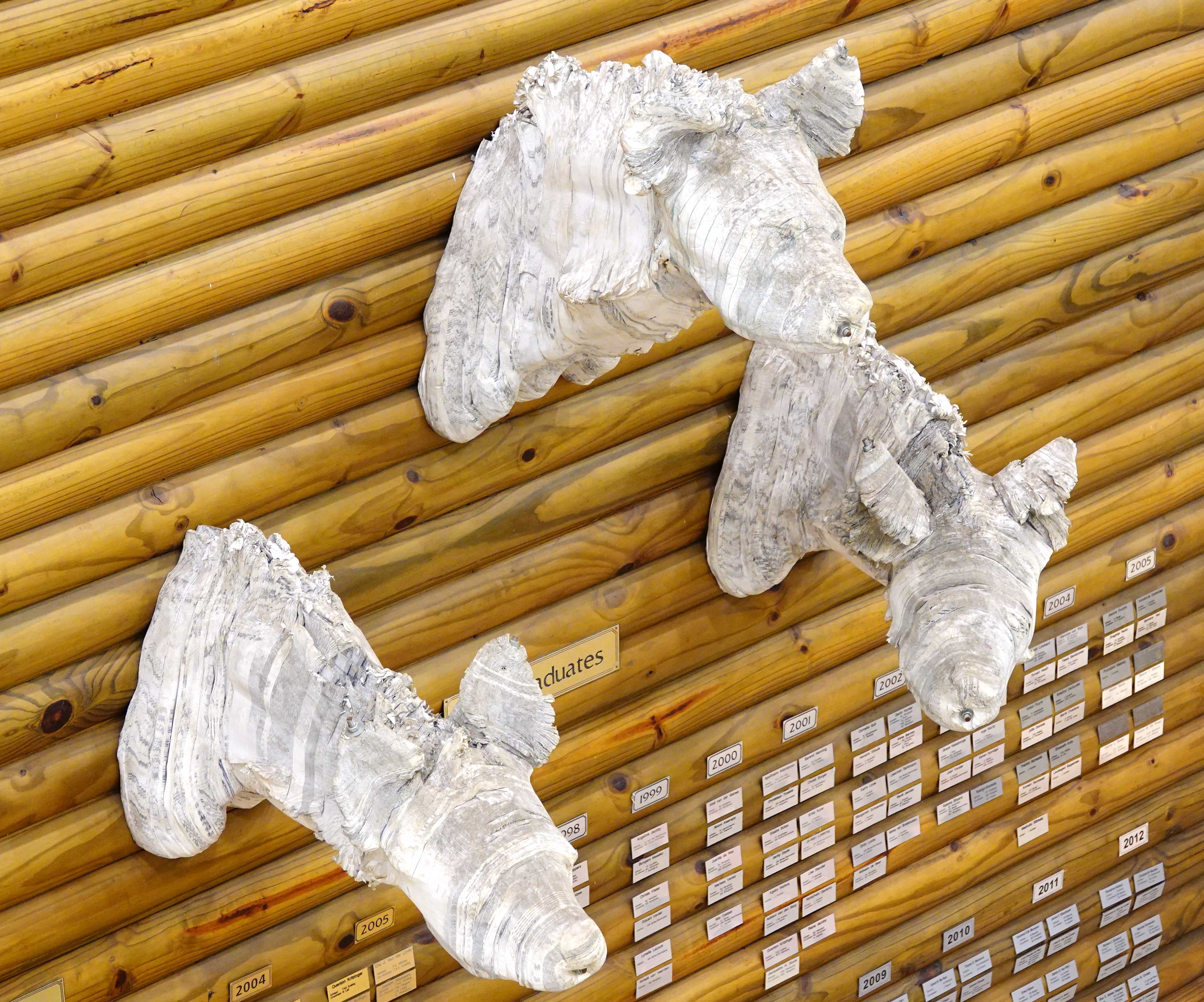 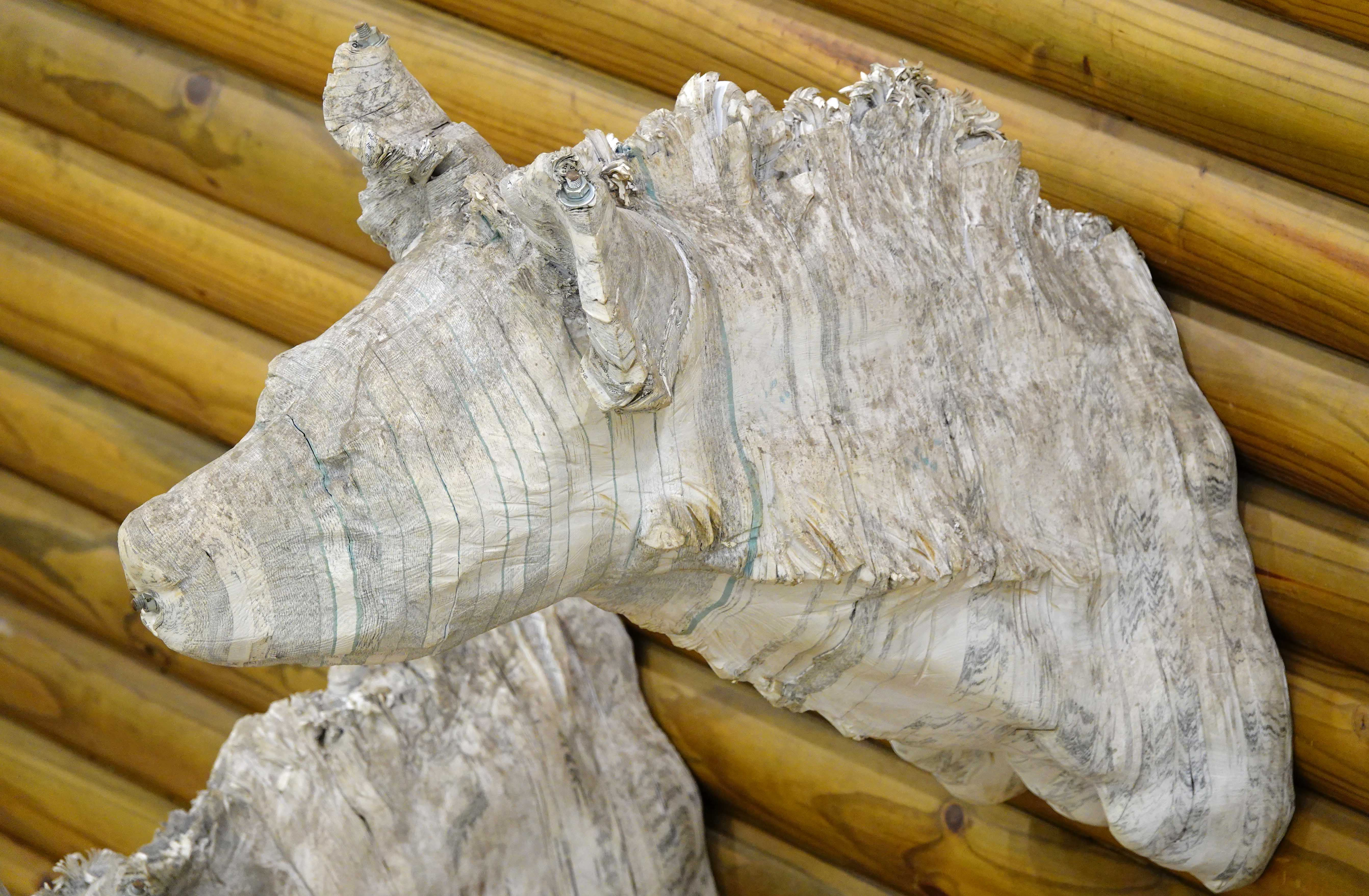