FABI mycologists participate in the annual MSA meeting: Mycology in the cloud 2020-07-27 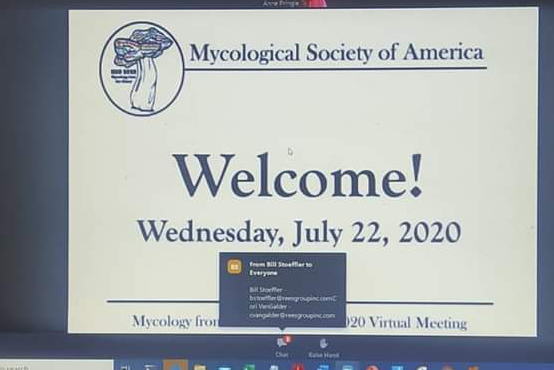 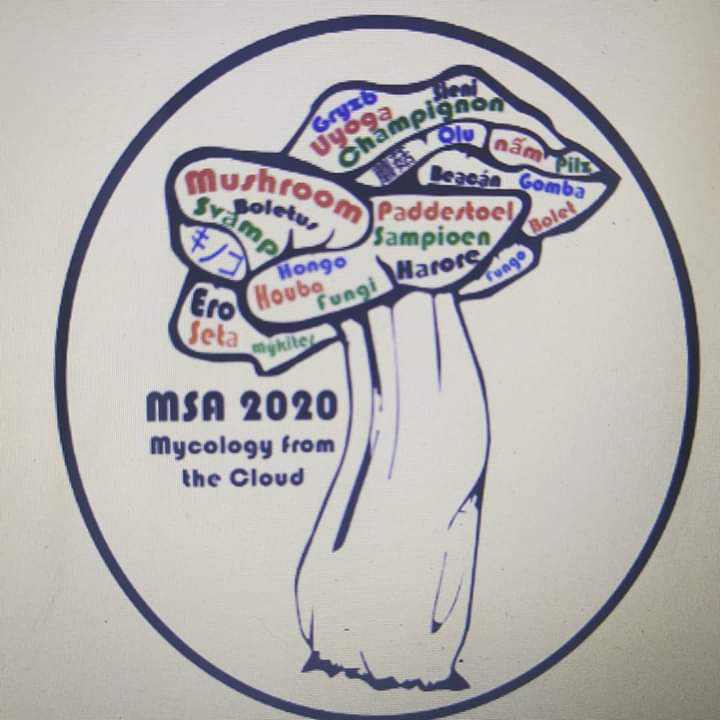 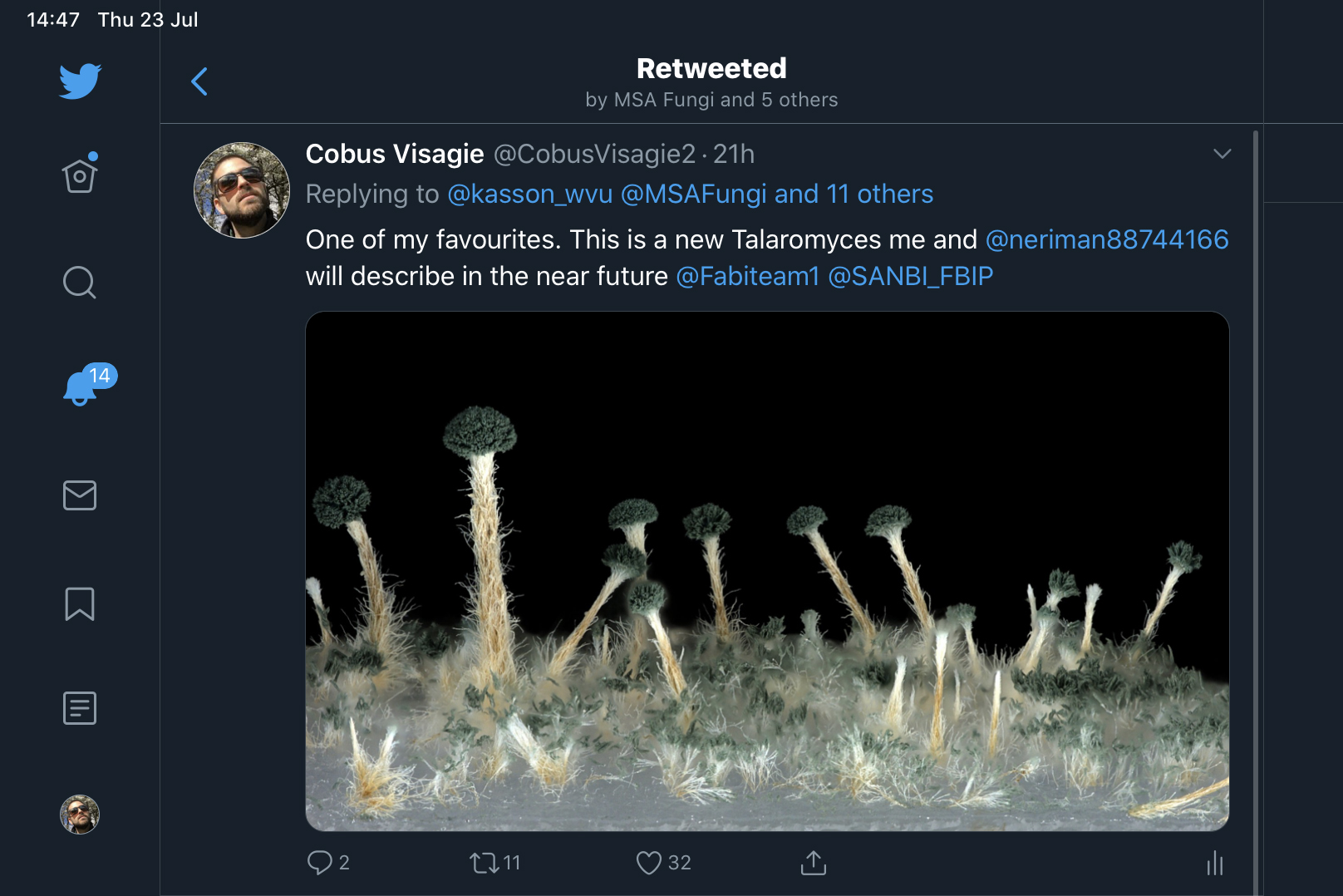 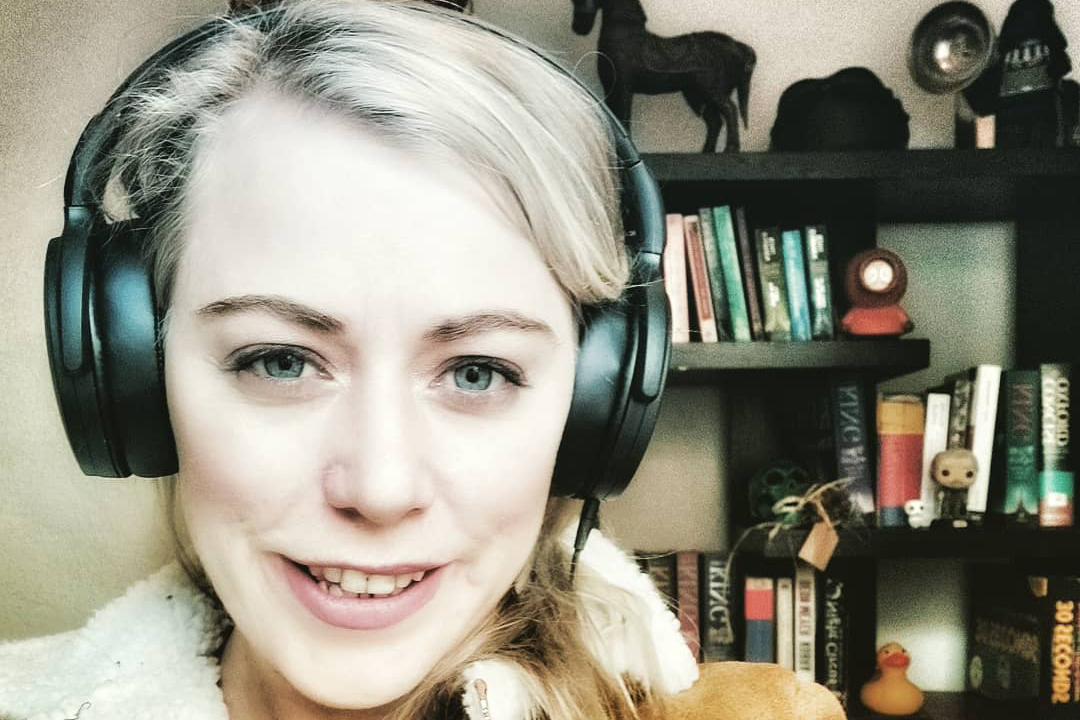 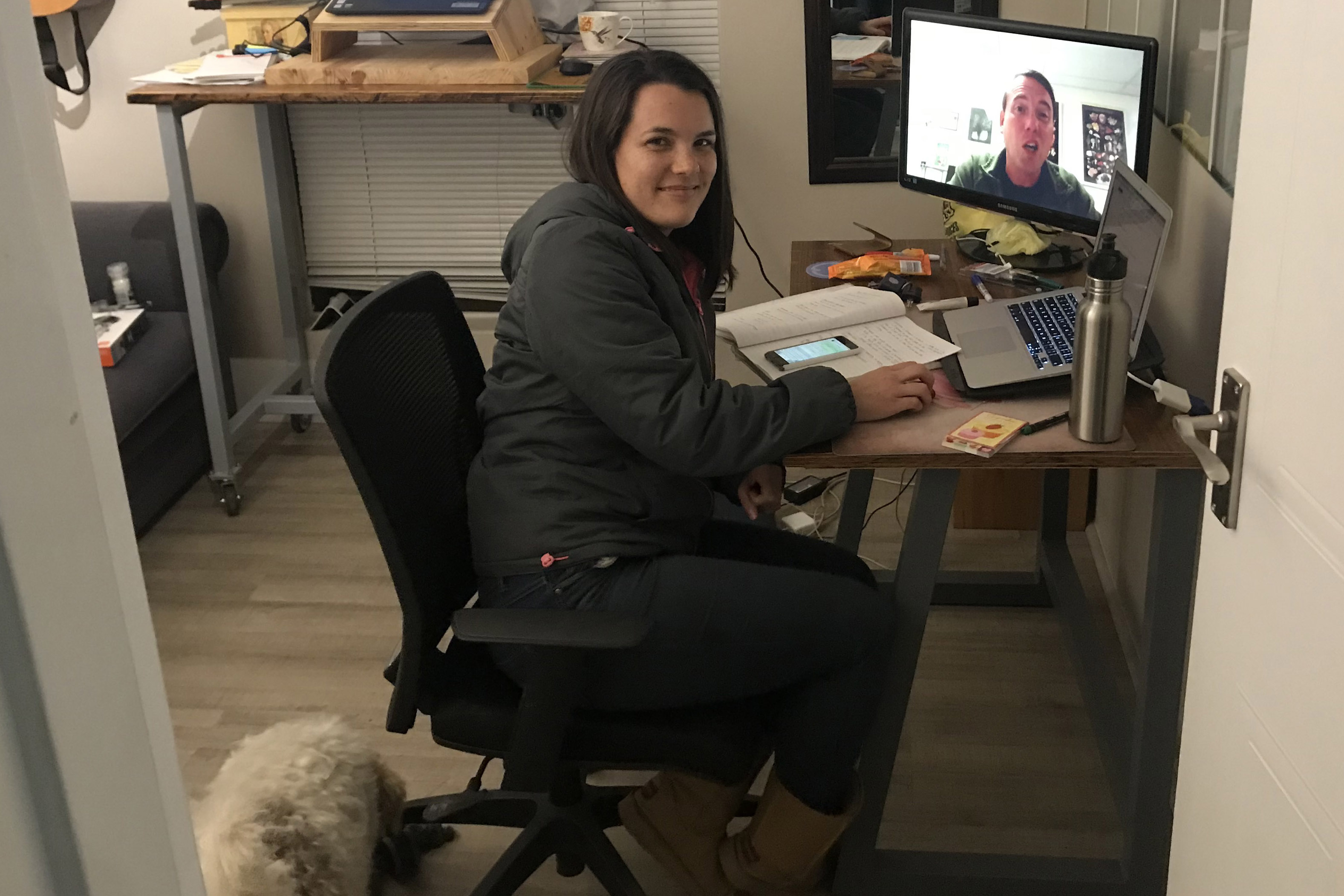 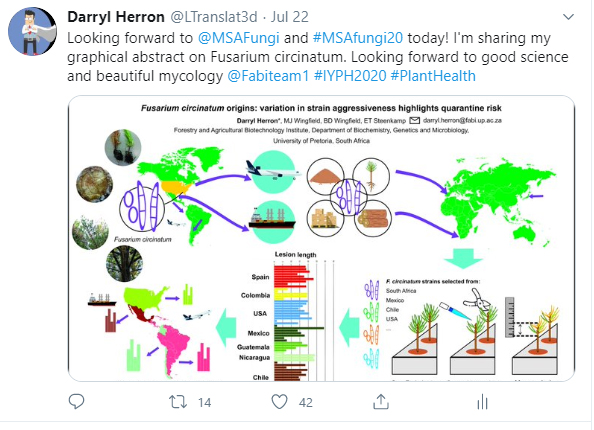 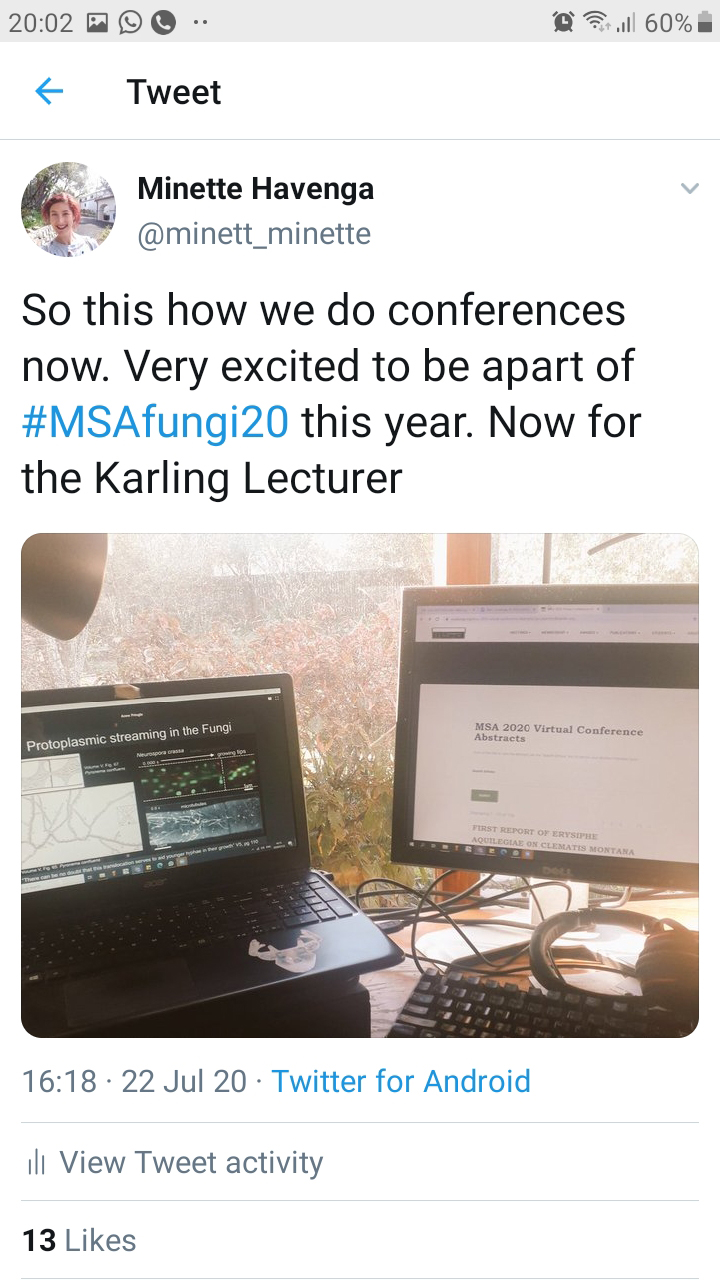 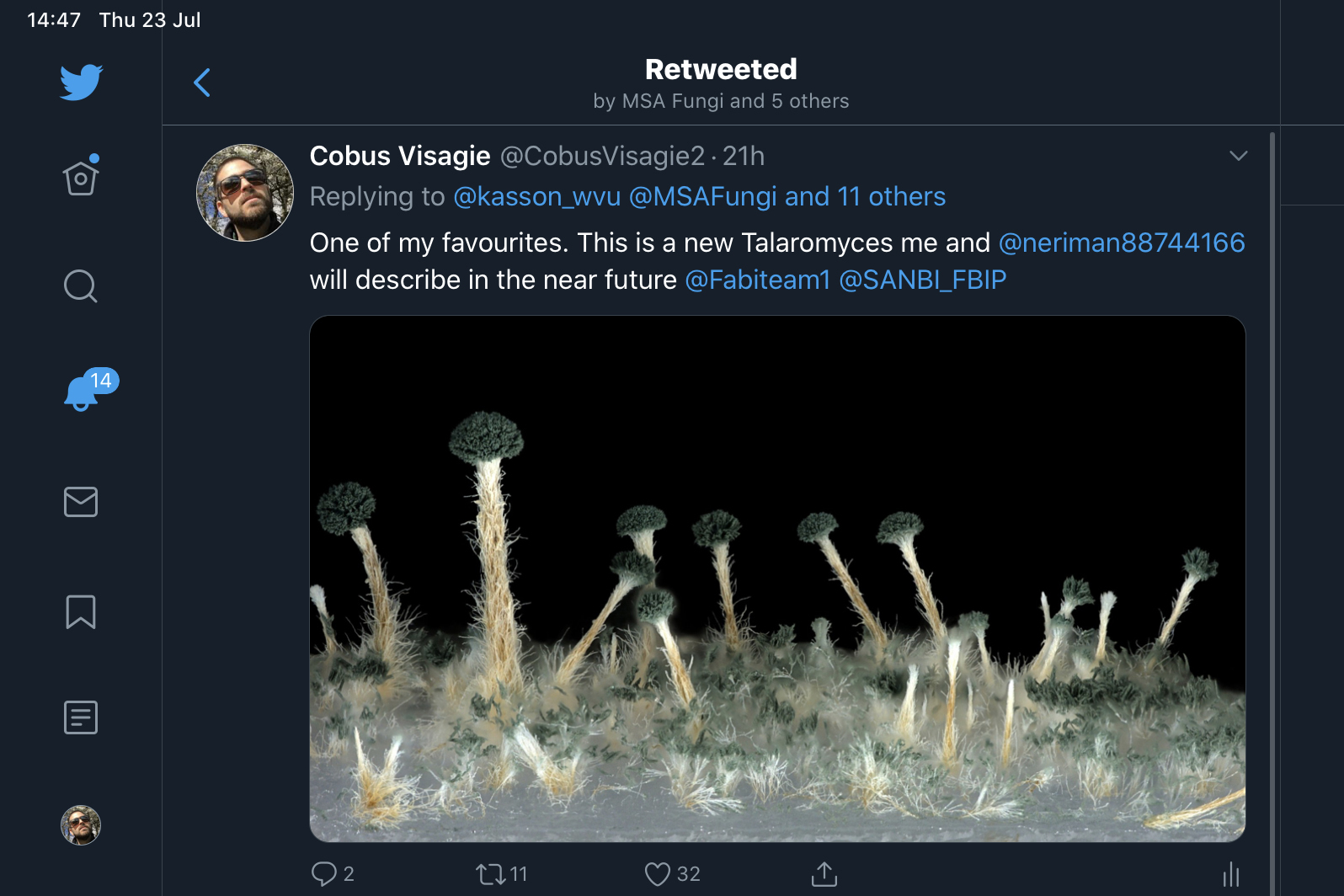 The Mycological Society of America (MSA) is one of the world’s largest and most important societies promoting the interests of mycology.  The MSA holds an annual meeting in the USA and these have been attended by many FABI team members over the years.  Numerous FABI Academic staff members and students are members of the MSA and three (Prof. Mike Wingfield, Prof. Brenda Wingfield and Prof. Pedro Crous) are Honorary Members - the premier award for non-USA members of the Society.

As for many important international meetings this year, the COVID-19 pandemic has meant that the annual meeting of the MSA could not be held as normal. Consequently, the Society arranged a meeting ‘Mycology in the cloud” using a virtual platform on 22 July. A total of 515 mycologists from 17 countries participated in this meeting. And these included 55 FABIans. FABI students and their co-authors also contributed 37 posters/graphical abstracts of the 157 of these presentations at the conference.

The meeting kicked off with the Karling Lecture, this year presented by Dr Gregory Jedd. In his talk he led members on a fascinating journey into the fungal mycelium.  He described these as complex microfluidic systems by which fungi can migrate their cytoplasm over relatively long distances as they grow. This lecture was followed by the MSA Presidential address by MSA President Prof. Anne Pringle who focused her presentation on how we count individual fungi in nature. The data that she included were based on a survey conducted over more than a decade, studying lichens from a specific tombstone. She concluded that lichens are organisms and they should be counted as such. This view opposes the notion of describing these as composite organisms emerging from algae or cyanobacteria and a fungus.

Details regarding the remaining contents of the MSA meeting can be found here. Many FABIans have reported attending the larger part of the meeting but others were not able to stay awake long enough to enjoy all of the content due to the time difference between the continents. They will be able to catch up on the parts missed by viewing the parts missed on the MSA website that will host this content for some months to come.

While ‘virtual” meetings have the significant disadvantage of lacking the power of human connections, COVID-19 has taught us that there are significant opportunities for scientists to connect and collaborate in ways that have not previously been fully explored. The MSA meeting provided a vivid example of this fact. Many more mycologists in FABI were able to participate in the meeting this year and were thus able to see presentations by significant mycologists in other parts of the world. By contributing posters, many students have already had useful comments and suggestions for their work. We predict that in the future, such meetings will develop “hybrid” offerings that include both in person as well as “virtual” content.