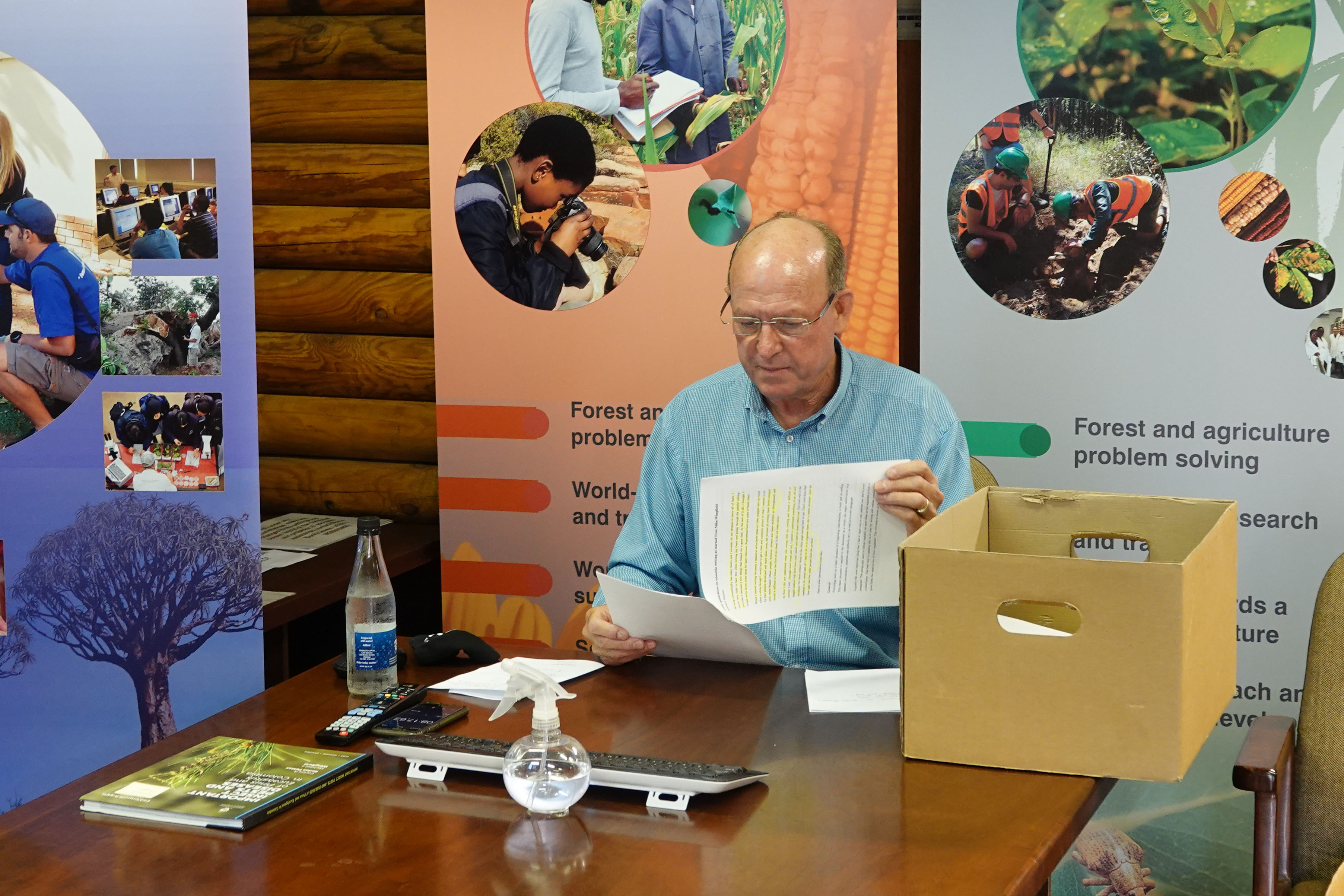 Following the recent clearing-out of 30 years’ paperwork, Prof. Mike Wingfield shared some of the 32-year history of the Institute at the Monday Morning Meeting (MMM) of 18 January.  He did this by choosing one of the boxes of items retained after the ‘clearing' and extracted a few items to share with the FABI team. Amongst the items that he shared was a document “Some guidelines on scientific writing learned from Mike Wingfield” written by FABI Director Prof. Bernard Slippers after completing his PhD. Mike also told the story of the relatively-unknown American mycologist Curtis Gates Lloyd who pursued his love for mycology to amass a remarkable collection of over 60,000 fungal specimens and described more than 1,000 species. Throughout his career, Lloyd lobbied actively against the publication of unnecessary species names and the folly of mycologists who he believed named fungi out of vanity and to see their names listed as authors of these names. He never followed the convention of adding his name to species and invented his alter ego “Professor McGinty” and a fictitious character “Tso Kay” to promote this view. Lloyd’s legacy lives on in the Lloyd Library and Museum in Cincinnati where these collections are housed and the very substantial endowments of land and money left to Cornell University and to the maintenance of his museum and library. Mike promised to share more FABI stories from his archives at a future MMM.