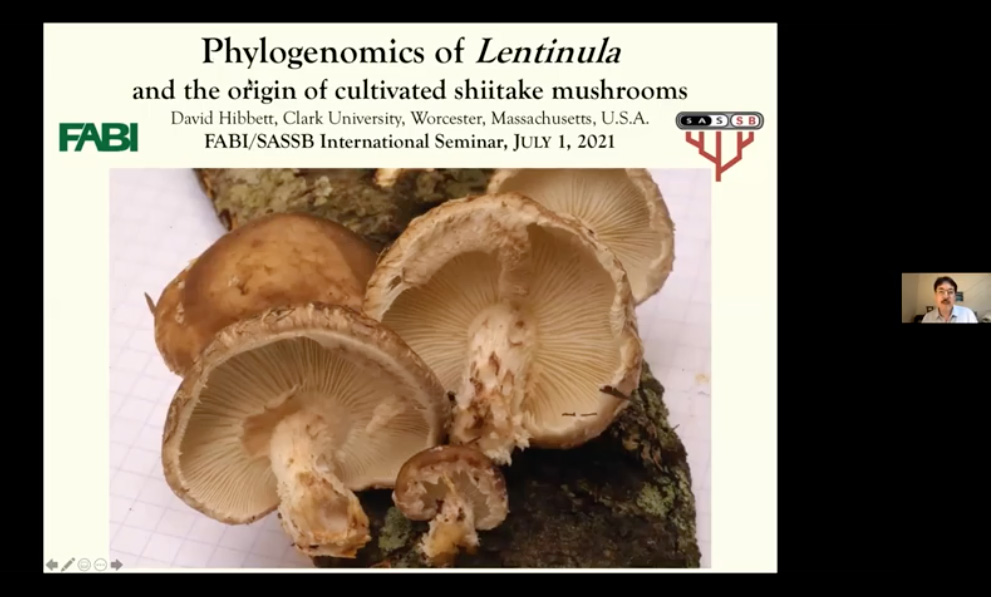 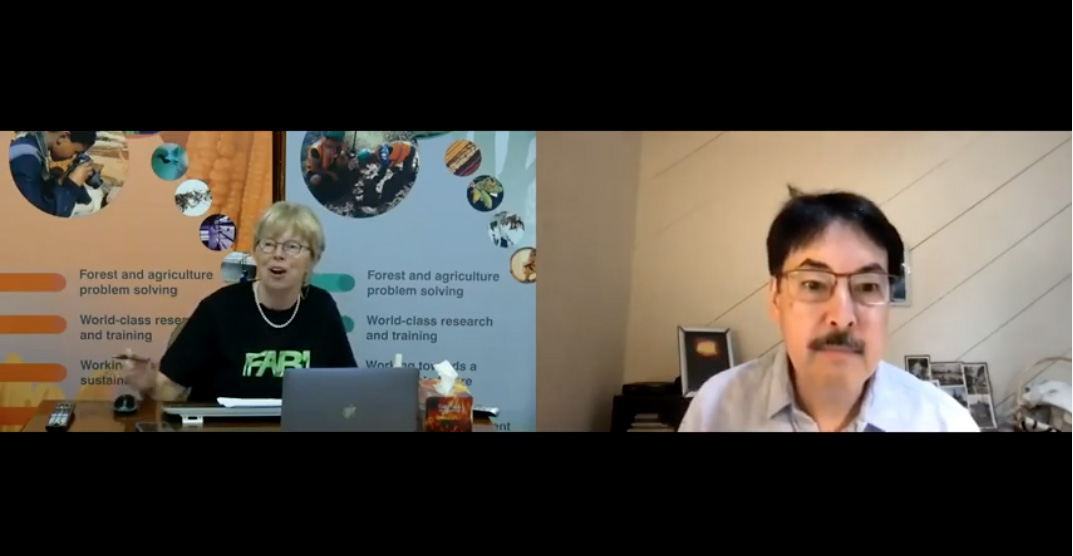 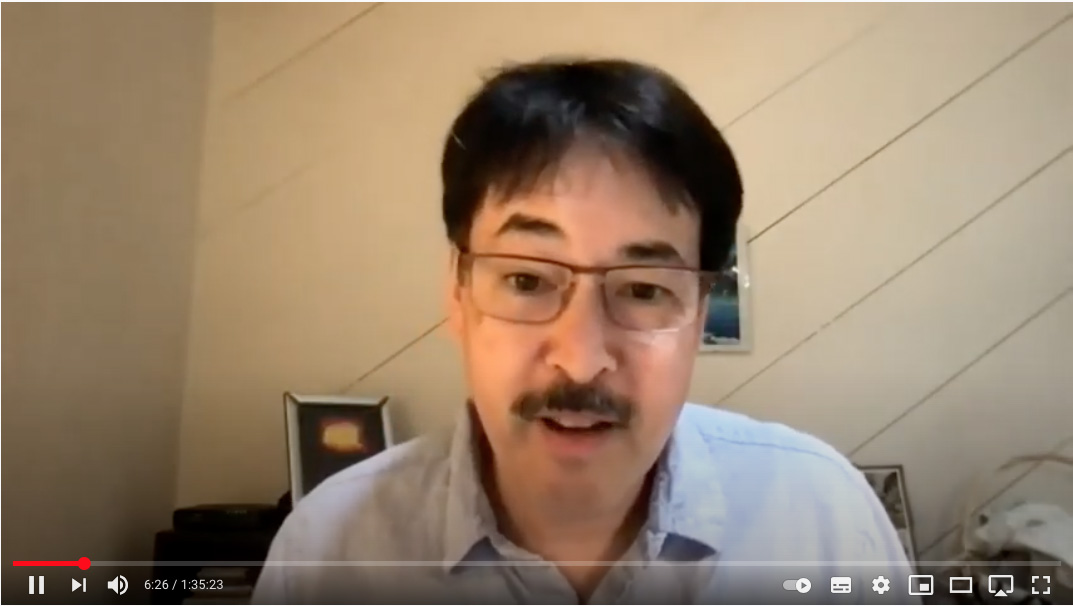 FABI and the Southern African Society of Systematic Biology (SASSB) jointly hosted a webinar with the theme ‘Fungal evolution’ on 1 July. The keynote speaker was Dr David Hibbett of Clark University in Massachusetts, USA who spoke on the “Phylogenomics of Lentinula and the origin of cultivated shiitake mushrooms”. This presentation can be viewed by clicking here.

Shiitake (Lentinula edodes) is the number one species of cultivated edible mushrooms in the world primarily from Asia-Australasia and two in the Americas. Since then, three more species have been described, two in the Americas and one in Africa (Madagascar). A second African species may occur in the Democratic Republic of the Congo. David described how he used phylogenetics and phylogenomics to understand the diversity and evolution of Lentinula. Phylogenies based on 343 ITS and 116 tef1-α sequences resolve about 14 species-level lineages in the genus. We generated 25 new Lentinula genomes with a broad geographic and taxonomic representation and added four published genomes. He also assembled and annotated 60 genomes from Chinese material, previously published as unassembled raw reads.

The third speaker was Aiden Visagie a postgraduate student at Stellenbosch University whose presentation “Isolation and identification of Penicillium from wheat associated agricultural soils,” described how isolations from wheat growing agricultural soils resulted in 633 Penicillium strains. South Africa is a fungal biodiversity hotspot and contains many undescribed fungi. Penicillium occurs worldwide and affects humans and animals in many ways. Their importance necessitates a stable taxonomy that allows researchers to easily identify strains to species level. These were identified using mainly beta-tubulin sequences. These strains were screened for potential PGP (Plant Growth Promoting) properties, in the form of Phosphate solubilization (PS) activity, as well as Indole acetic acid (IAA) production. The five best performing strains were used in potting trials, to test their ability to affect wheat plants development (IAA) and available soil phosphorus (PS) and therefore assist plant growth.