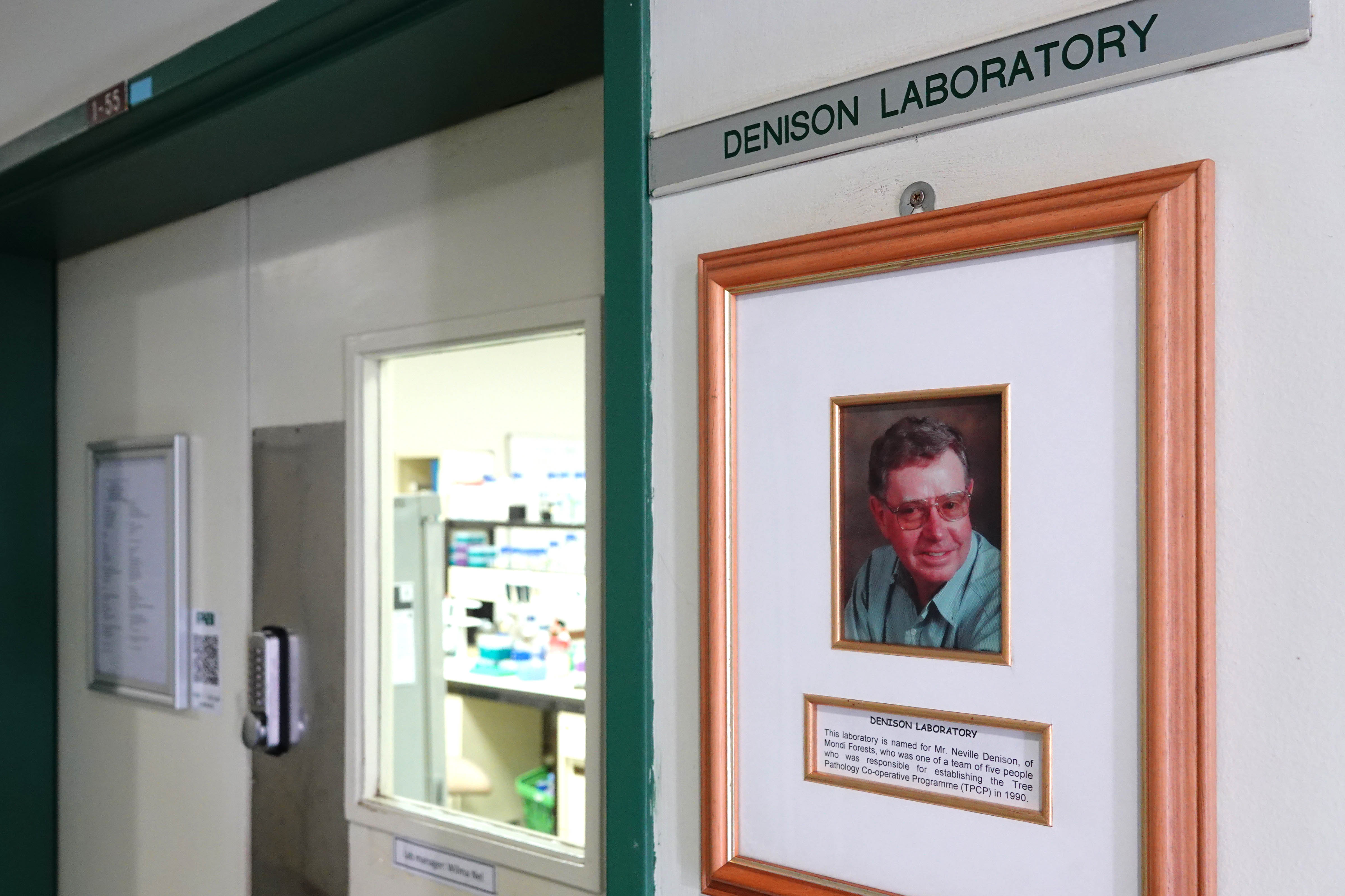 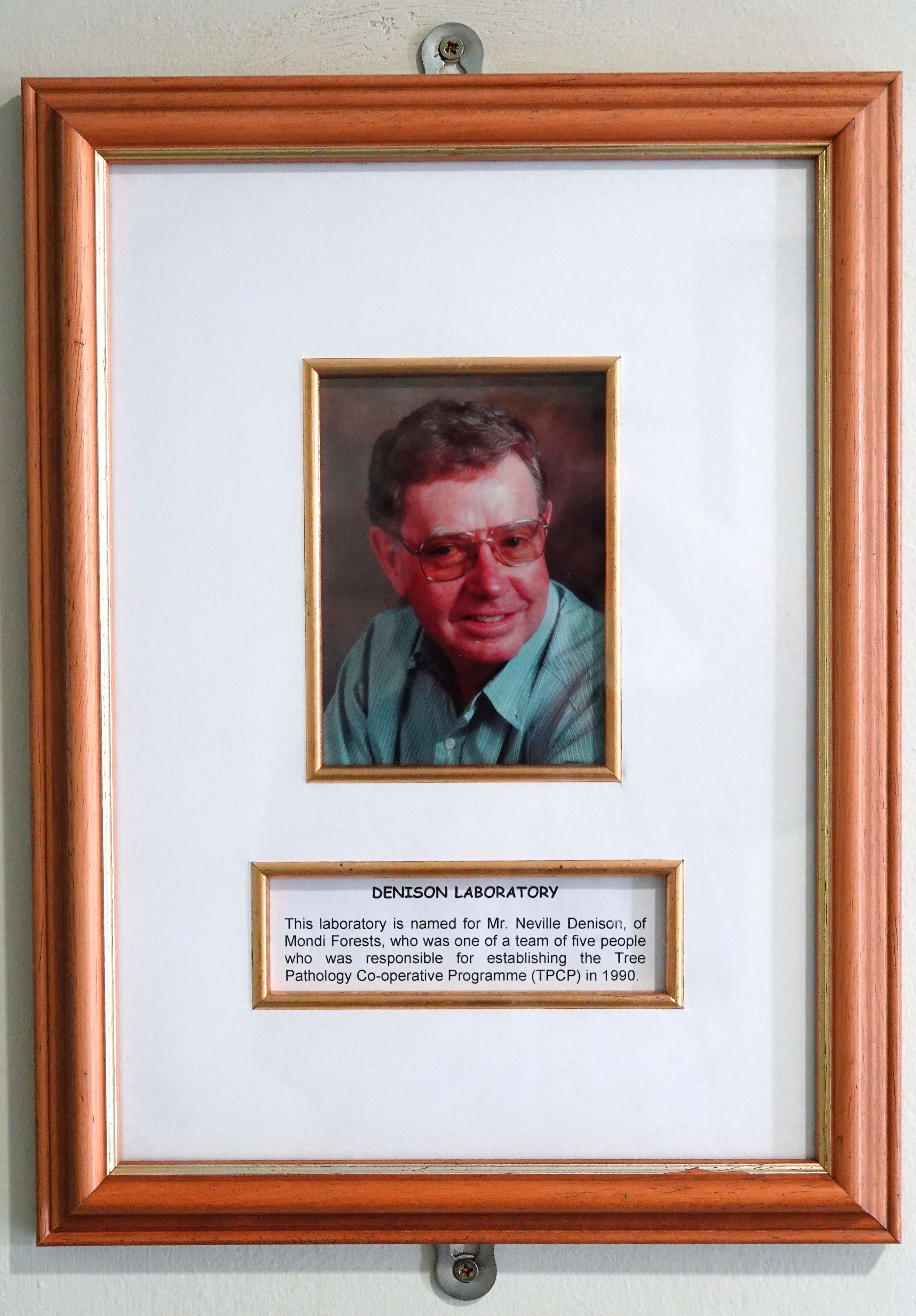 Reflections of Prof. Mike Wingfield, Founding Director of the TPCP and FABI on the passing of Neville Denison.

I had the great privilege of meeting Neville Denison when I first began to work in the field of forest pathology in 1978.  At that time, Neville headed up the research programme of SAFI (South African Forestry Industries) that later became Mondi, with an office in Sabie overlooking the main road. Neville had studied forest genetics at North Carolina State University under the guidance of the famous forest geneticist Bruce Zobel.  He consequently understood well, the great threat that diseases and pests could pose to the South African forestry industry. He convinced me (I had some doubts) of one of his dreams: that I should take a lead in building a forest pathology programme in South Africa. And thus, during the course of many years, Neville, together with some of his forestry colleagues, played a crucially important role guiding the process of establishing what has become one of the strongest forest protection programmes in the world. This is surely part of Neville Denison’s substantial legacy.

Neville was one of three visionary directors of research for the three major private forestry companies (Mondi, Sappi and H.L.&H) that initiated the establishment of the TPCP in 1990.  He served on the Board of the TPCP until his retirement, playing a key role in leading the programme. This included the complex and sensitive process of moving the TPCP to the University of Pretoria in 1998 and thus the establishment of FABI.  Throughout the better part of his career as a forest geneticist and research leader for Mondi, Neville supported and promoted the TPCP and its team.  He was responsible for bringing many new ideas and directions to the programme, including the integration of entomology research in 2003. He was also directly responsible for initiating the process with Tony Trahar (then Chairman of Mondi), which led to the establishment of the Mondi Chair in Forest Pathology. This Mondi Chair contribution to Forest Pathology had a 25 year duration, and enabled many young South Africans to obtain post graduate degrees in Science.

Neville Denison was a true gentleman,  a mild mannered and kind person who cared deeply for the people around him.  He made an indelible impact on the lives and careers, much deeper than I believe he ever realized. This was the nature of the man; more focused on the lives of others than himself.  The impact that Neville had on forestry and forest research in South Africa can be found in virtually every nook and cranny of the industry today. A “great tree has fallen”. He will be missed by his many friends as well as colleagues of the past. And even more so by his remarkable wife Elizabeth (Liz), his children Colette, Monique and Charles and their families of which he was so proud. The FABI community remember Neville with gratitude as well as fondness, and offer sincere condolences to all those that loved and admired him.

Photo caption: Professor Michael Wingfield, Mike Shaw, Neville Denison and John Tew, the initiators of the TPCP blowing out candles at the 21st anniversary of the research programme. (View the full article by clicking here)