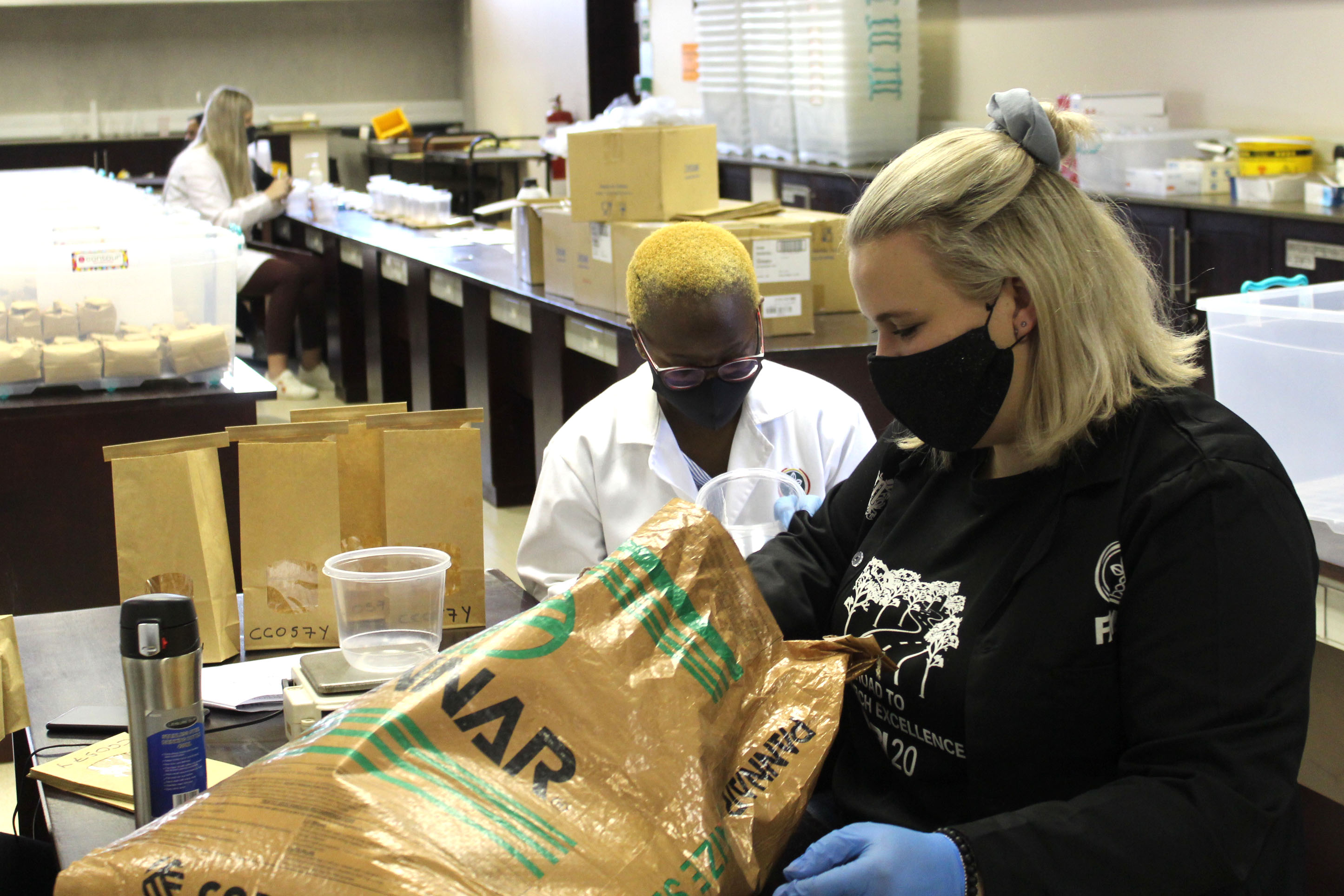 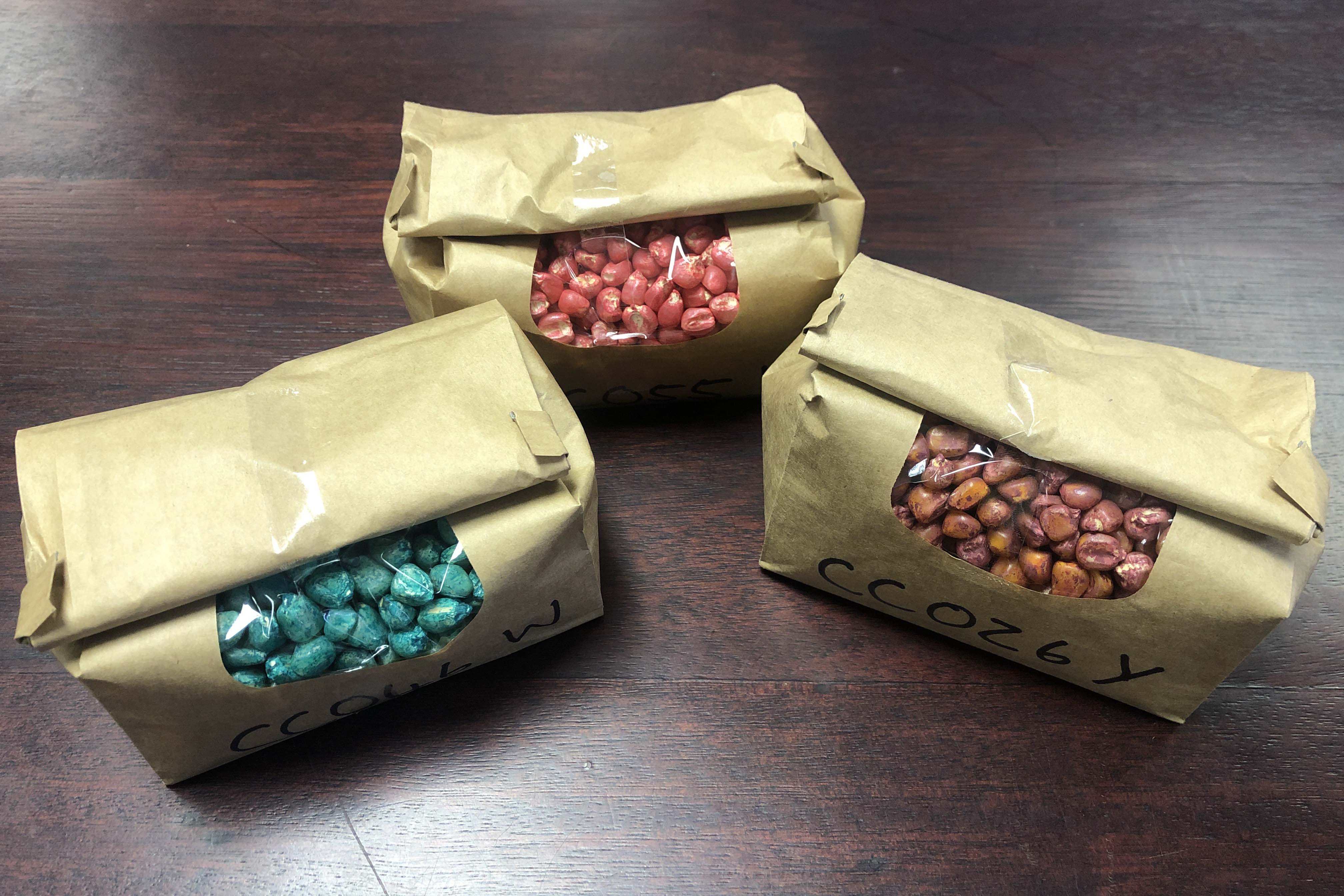 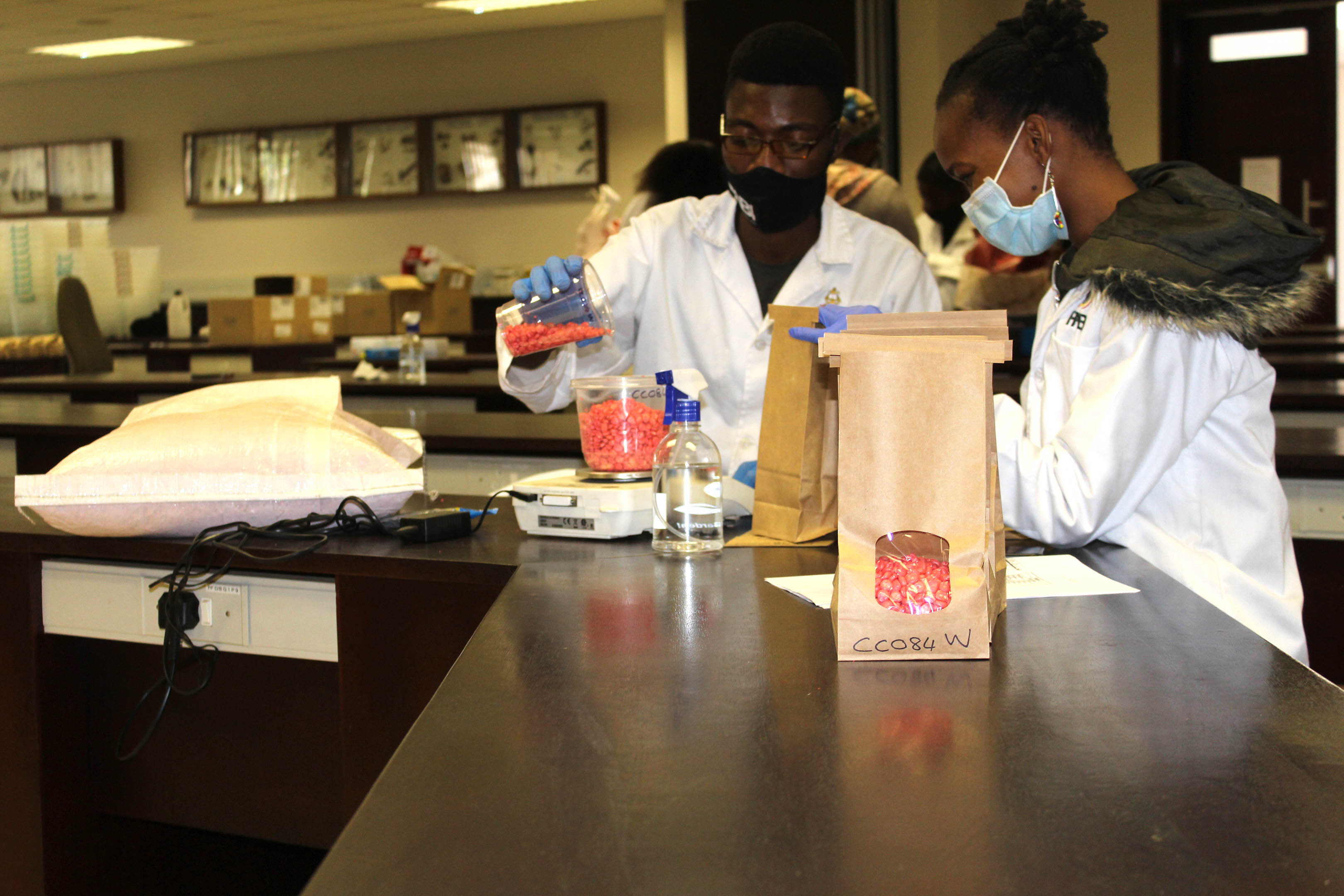 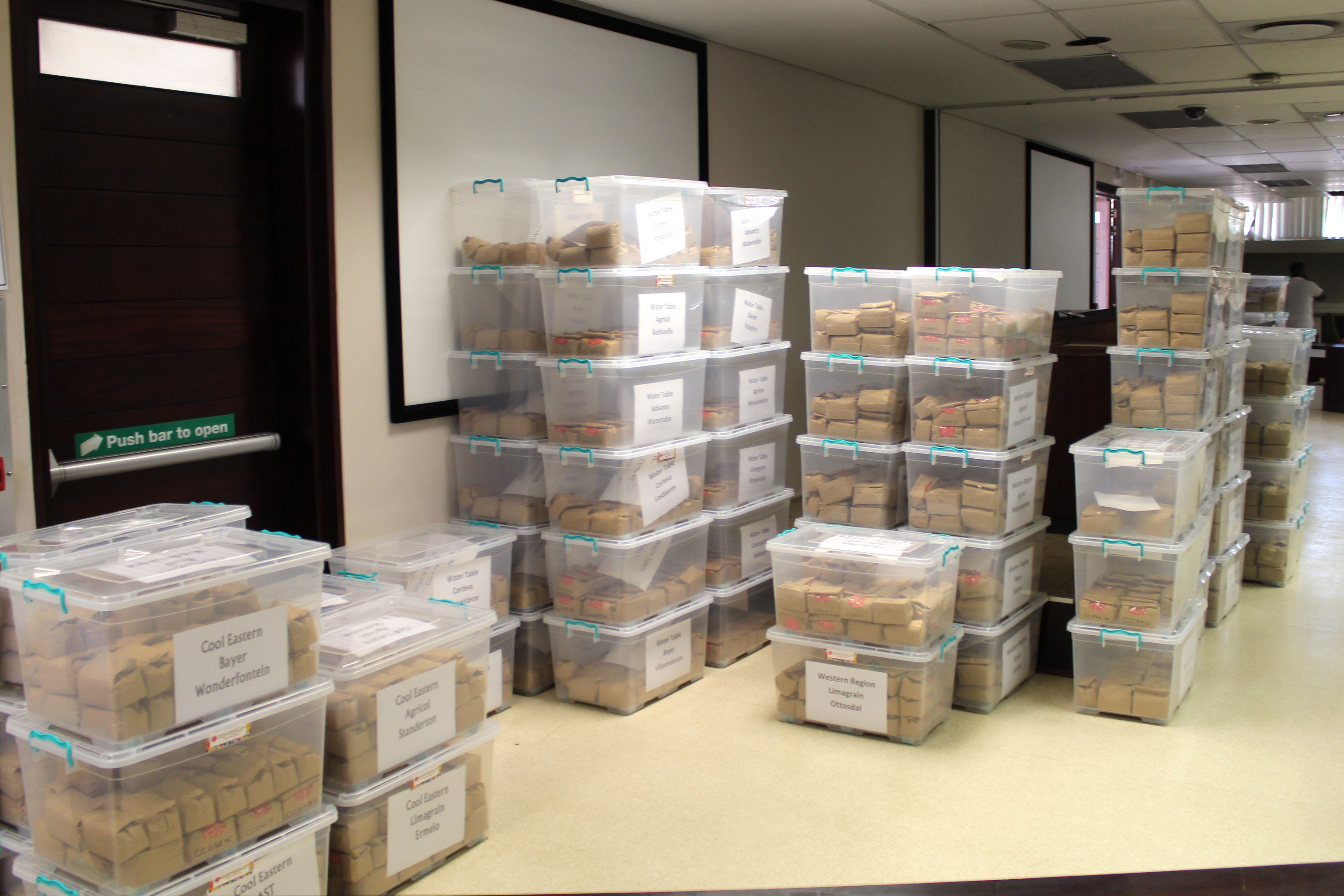 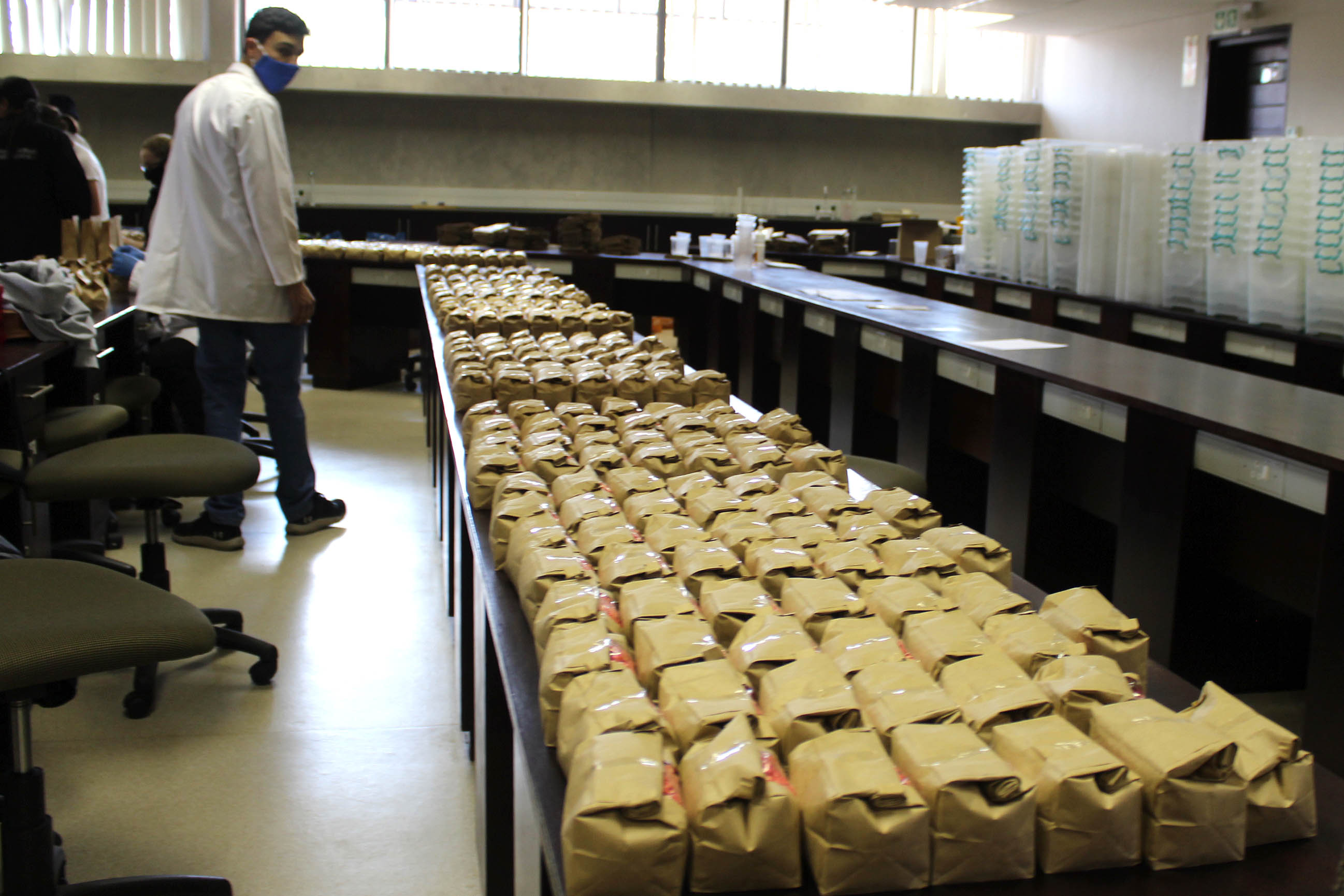 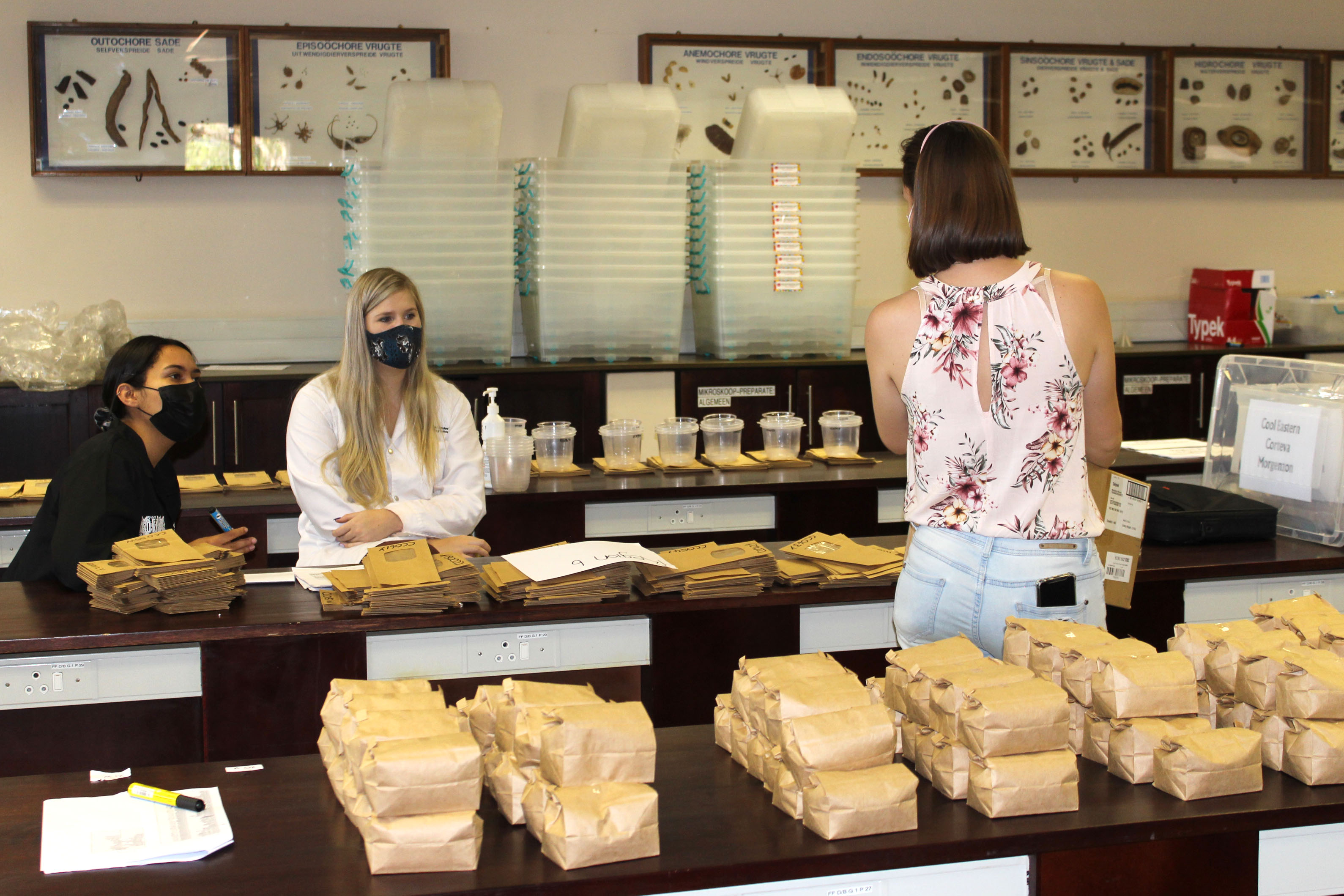 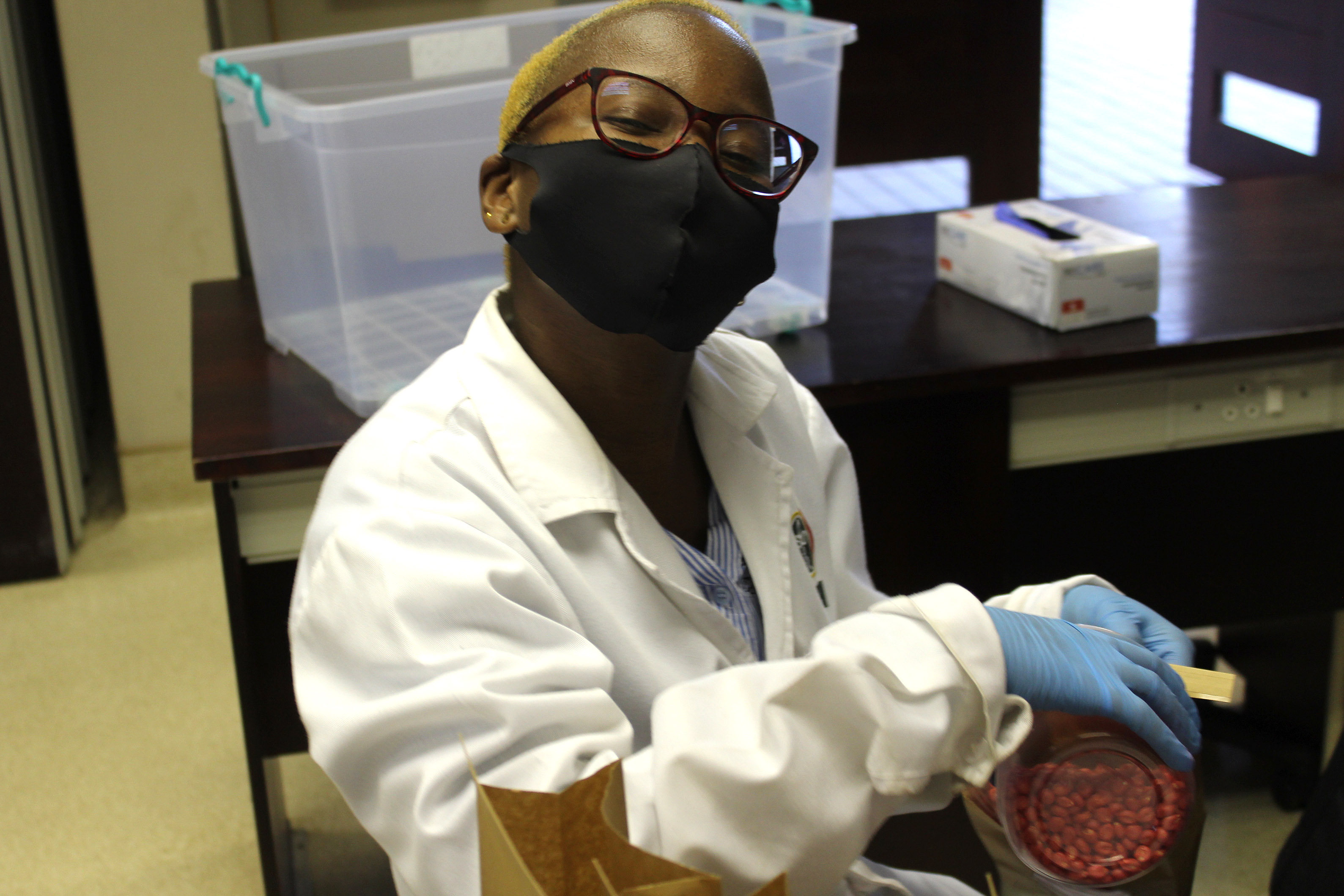 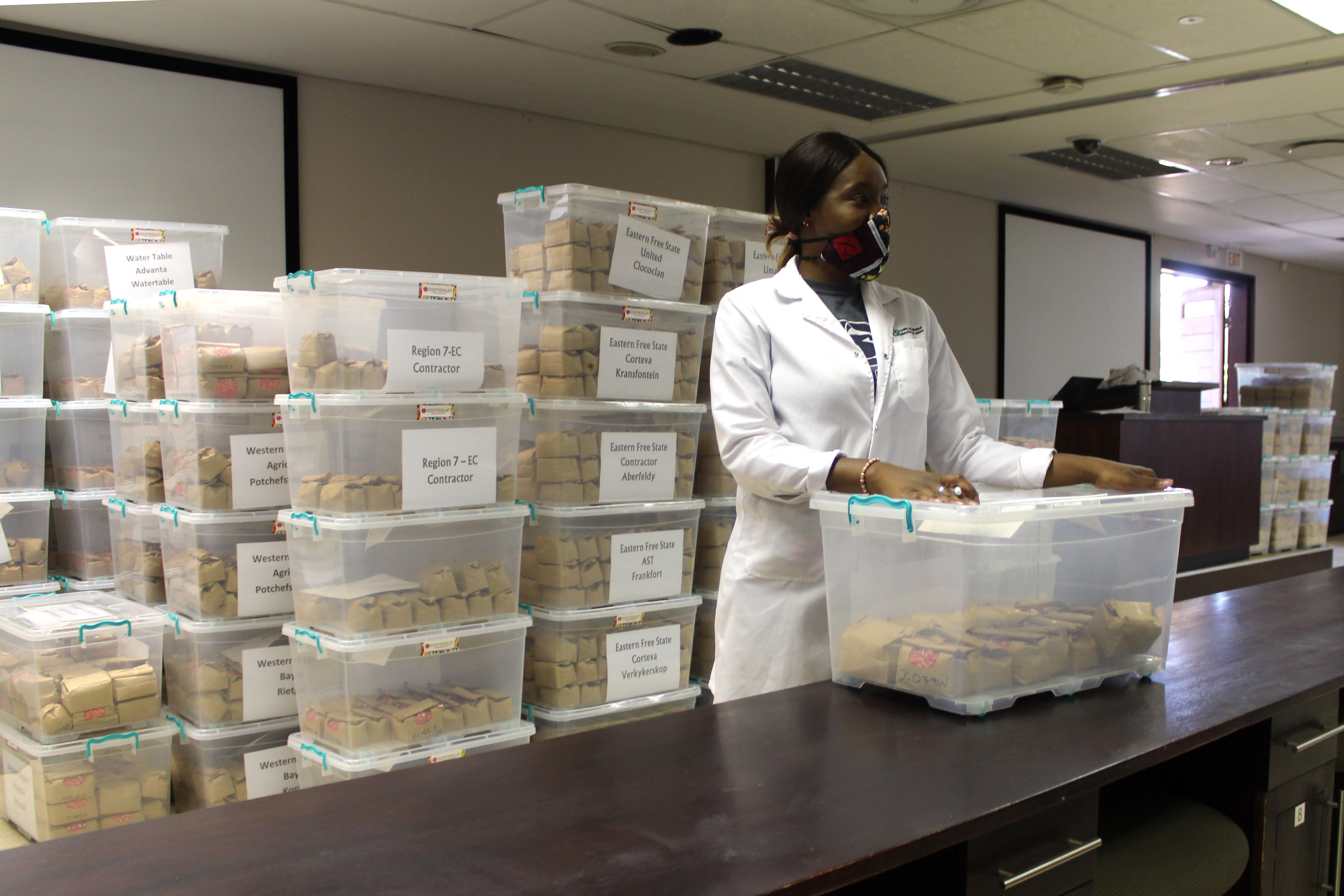 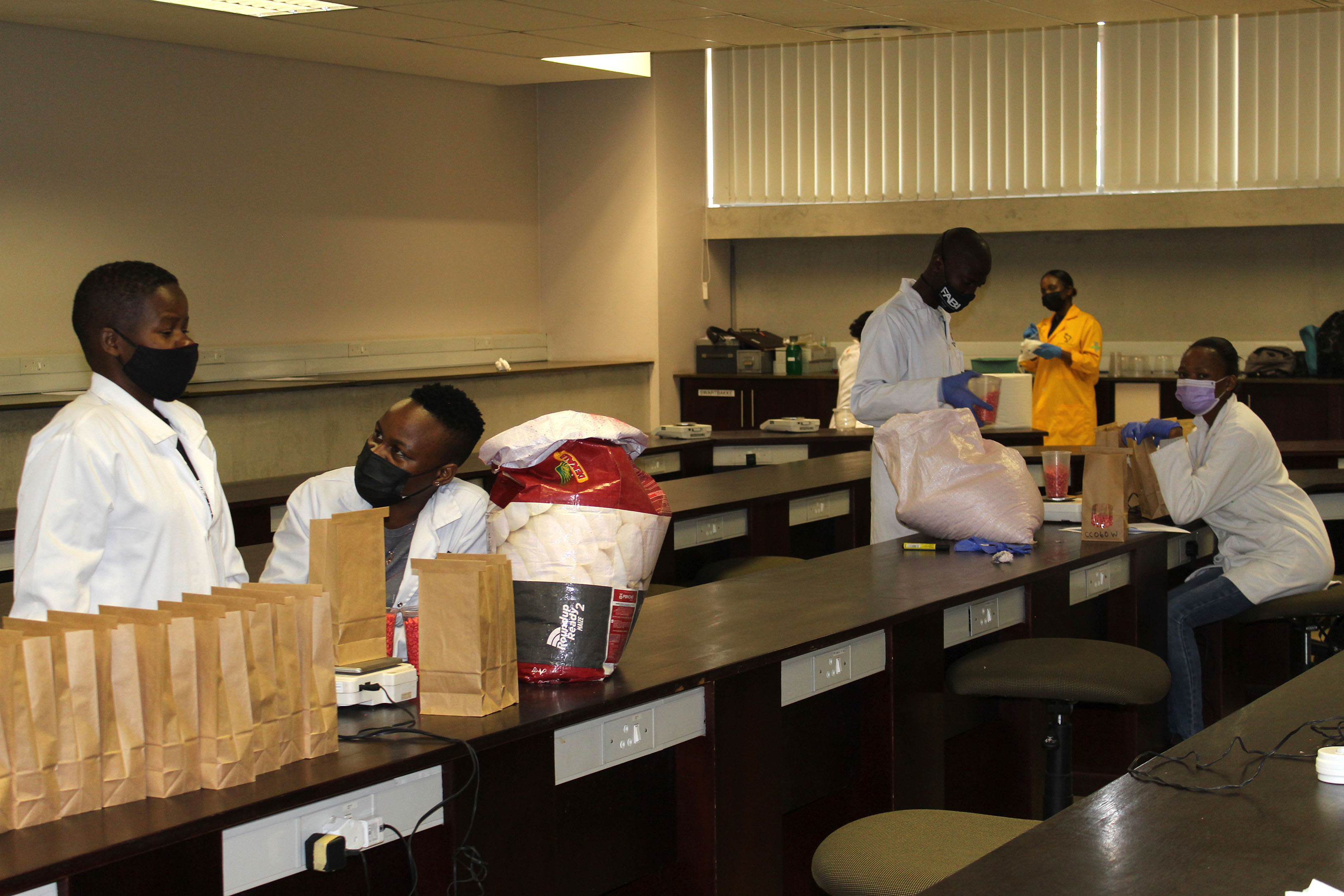 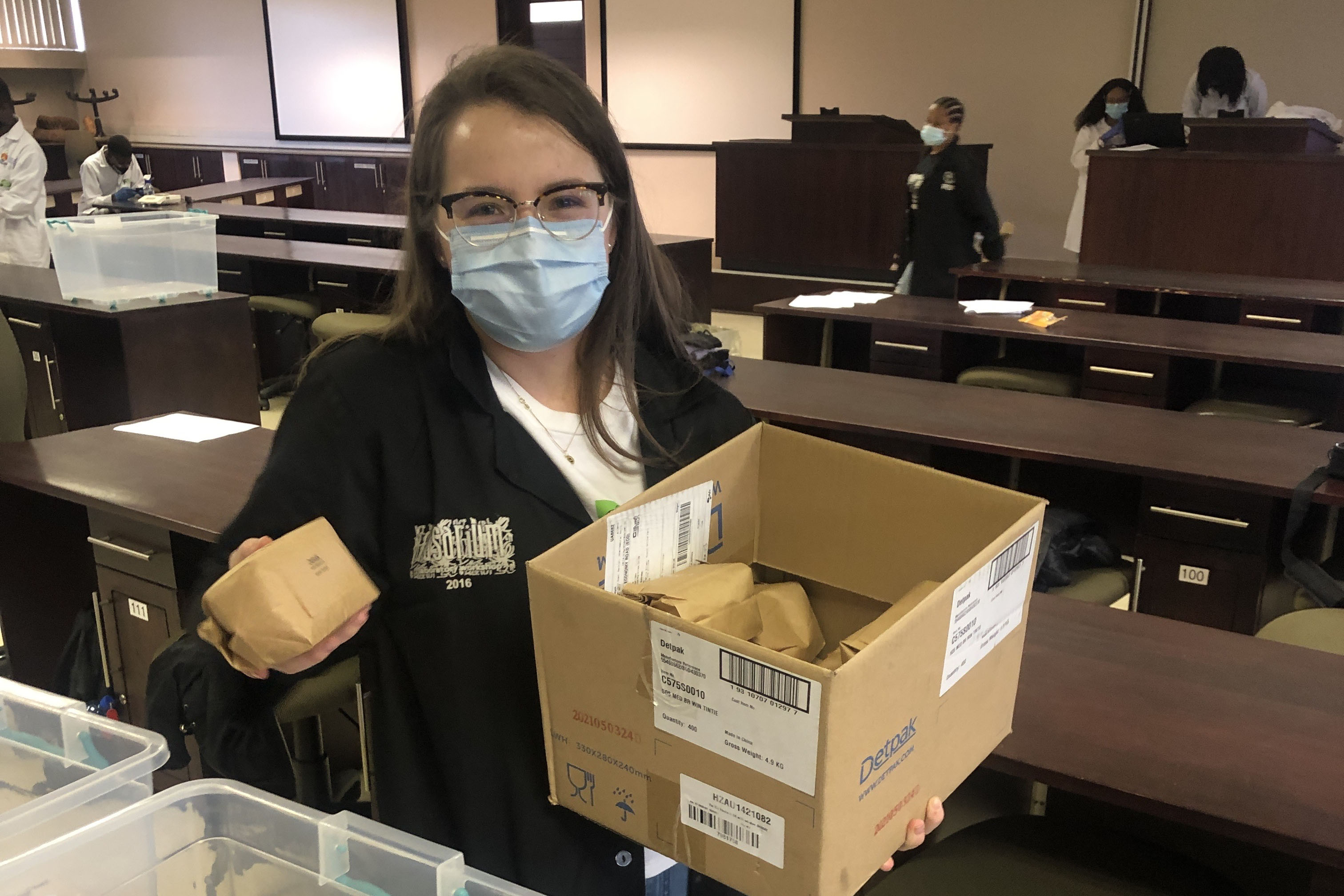 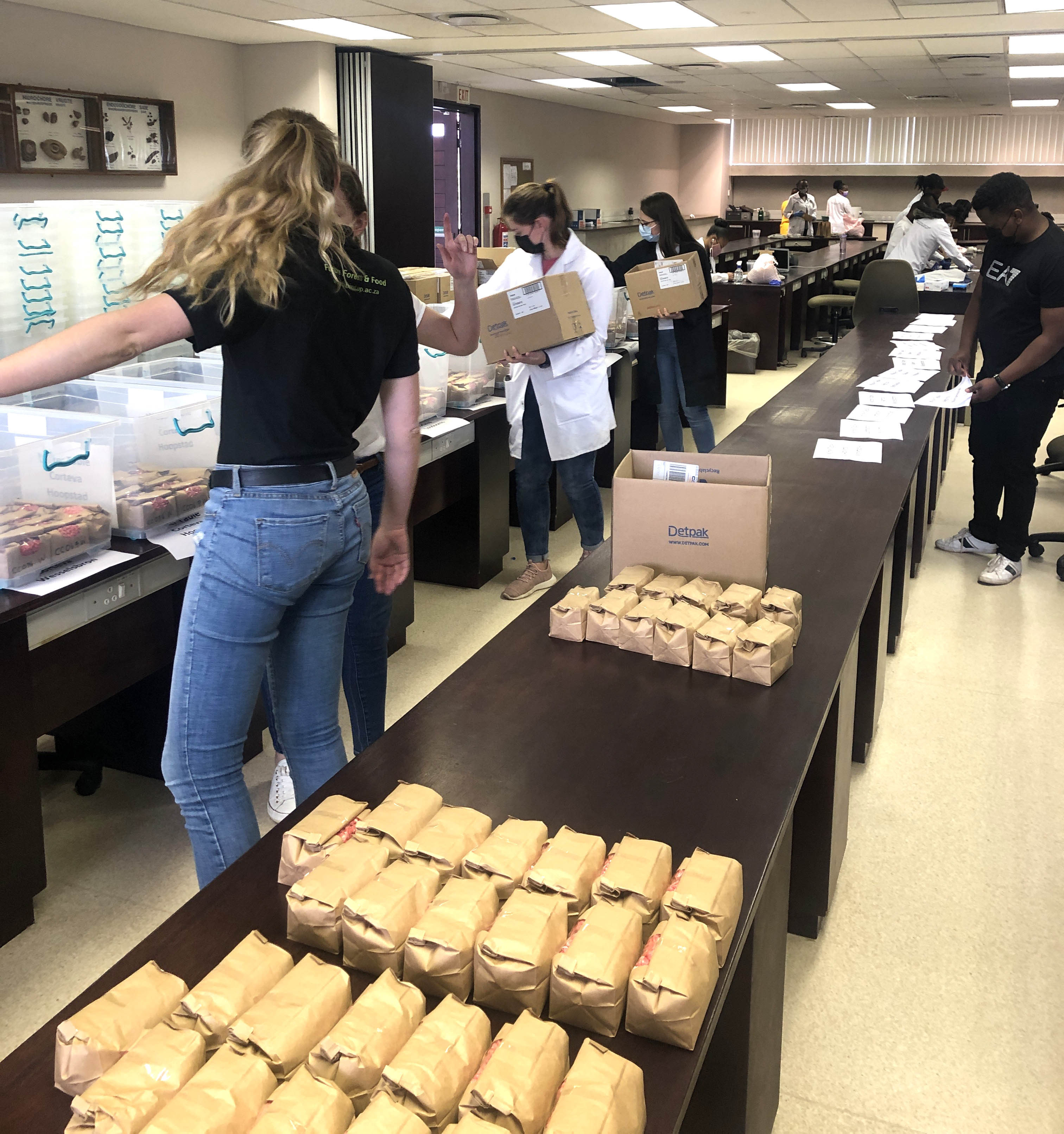 A team of 36 FABI TPCP/CPHB students and interns took to task packing a large number of maize seed cultivars from 20-22 September 2021. The selected cultivars will be used for the 2021/22 National Maize Cultivar Evaluation Trials (NMCET) in South Africa. The NMCET takes place in eight regions and about 90 agro-ecological localities across the country. The eight regions will include Water Table (Northern Free State), Western Parts (North West), Temperate Eastern (southern Mpumalanga), Cool Eastern (central Mpumalanga), Eastern Free State, Kwa-Zulu Natal, Eastern Cape and the Northern Cape. The primary objective of these trials is to provide producers, seed companies and agricultural advisers with independent, unbiased, and scientifically-accurate information on the performance and adaptability of maize cultivars. Data is compared and presented relative to the current commercial cultivars grown in the producer's areas. FABI has been a part of the NMCET for the past three years as an independent seed packer of the cultivars.

The FABIans came with a positive attitude and their sleeves rolled up and ready for duty. One of the highlights of the project was the impeccable teamwork and collaboration skills that the seed packing team showed. The seed packing project was expected to go on for a whole week, but was completed within two days! We want sincerely thank Dr Magdeleen Cilliers (SANSOR), Petru Fourie (Grain SA) and the FABI team that participated in this important project in partnership with SANSOR, Grain SA and the supplier seed companies.