Prof. Mike Wingfield receives an Honorary Doctorate from the University of the Free State 2022-05-04 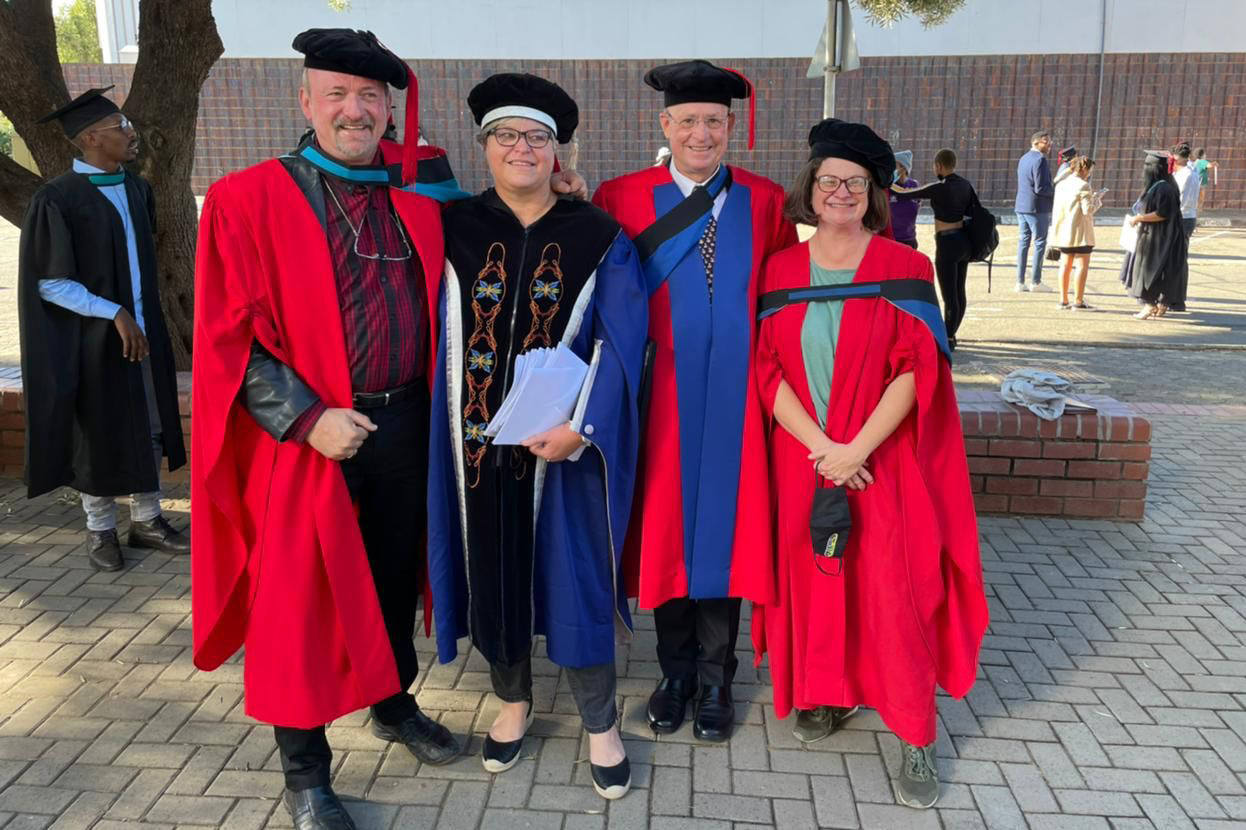 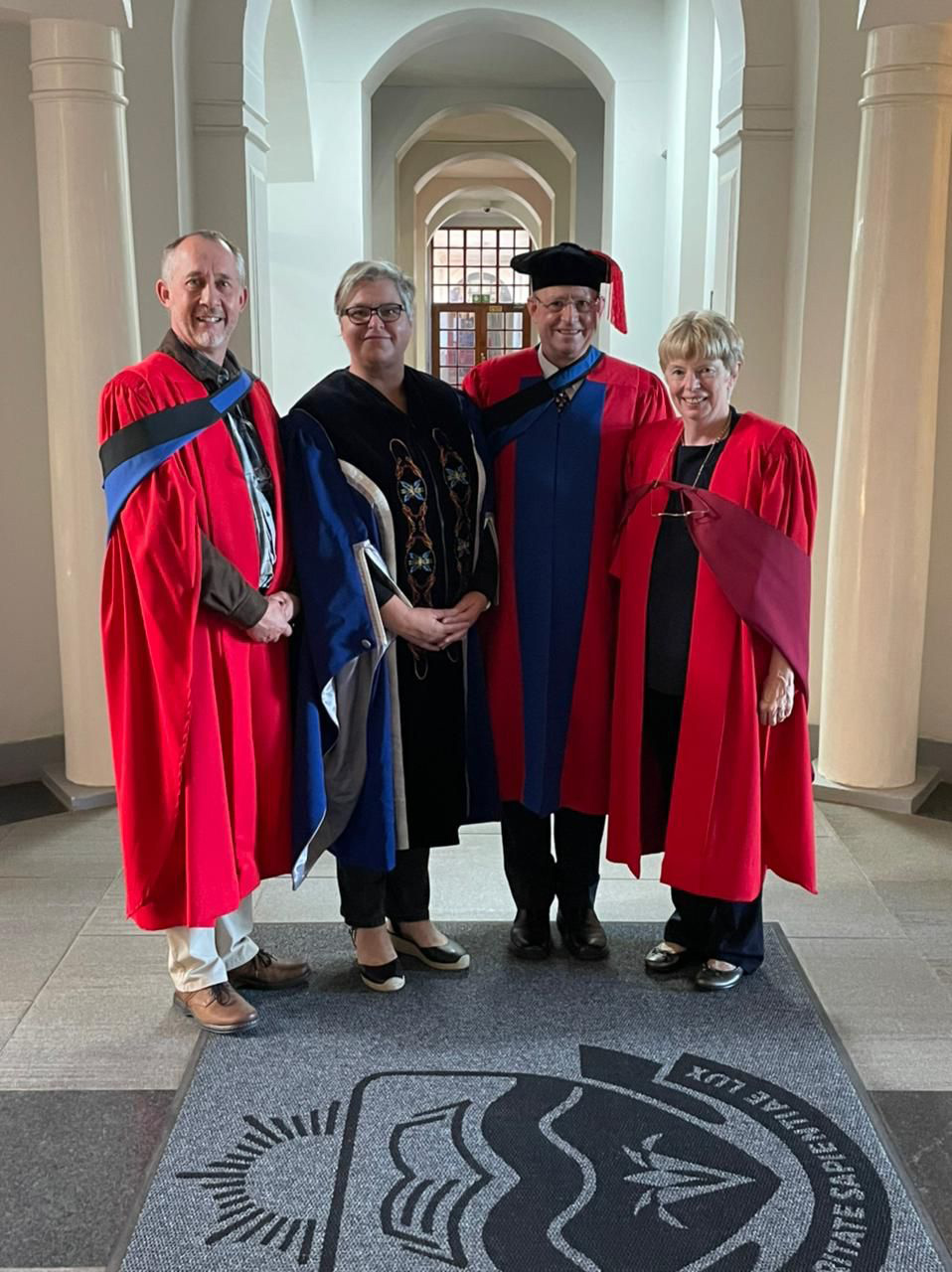 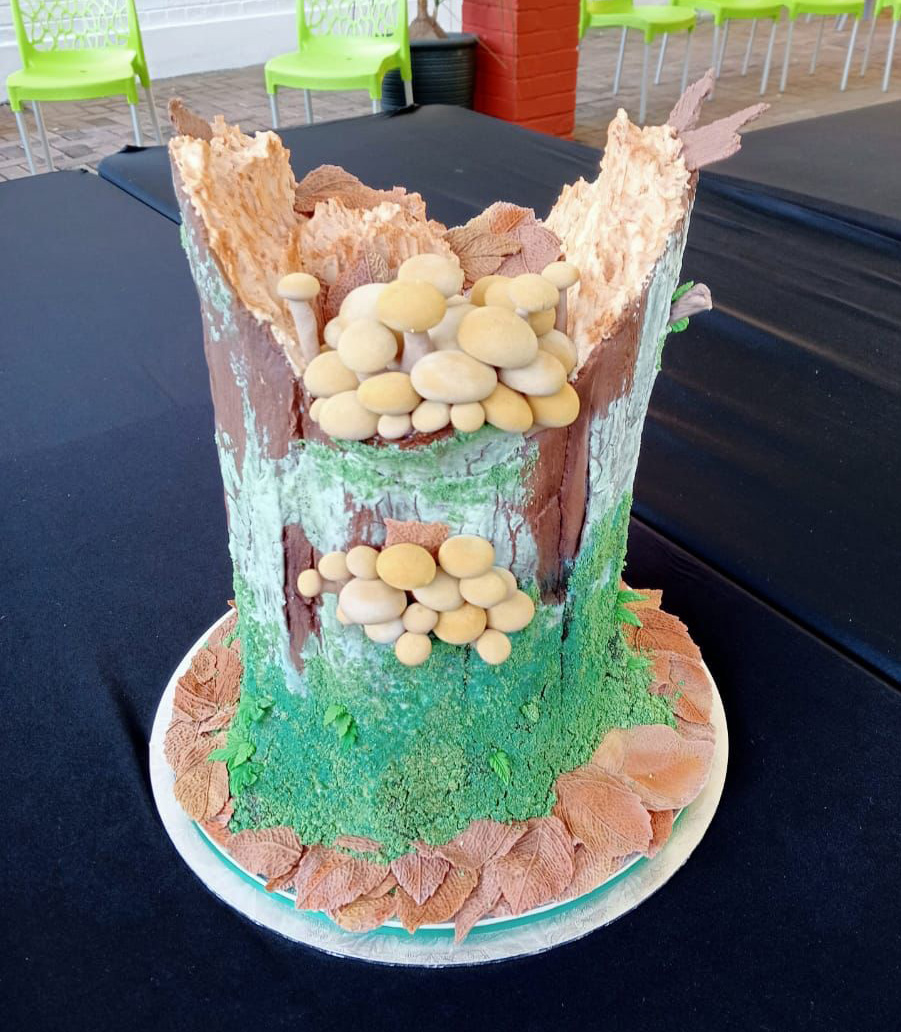 FABI Founding Director, Prof. Mike Wingfield was awarded an Honorary DSc degree from the University of the Free State (UFS) during their April graduation ceremony.  The Degree, conferred by UFS Chancellor Prof. Bonang Mohale, was awarded in recognition of his contributions to science and education in South Africa and globally. During the various events linked to the graduation on 20 April, Mike had the opportunity to highlight the fact that his academic career begun at the UFS in 1988, and to thank the University for this opportunity. He noted that this was also where the now internationally-recognized Tree Protection Co-operative Programme (TPCP) was established in 1990. And in this regard, the TPCP was the programme that provided the catalyst for the establishment of FABI in 1998 at the University of Pretoria. Mike and FABI Professor Brenda Wingfield were entertained to a celebratory event in the Department of Microbiology and Biochemistry, their ‘home’ Department at UFS for ten years, and at which many of their past students and colleagues, including Prof. Corli Witthuhn (Deputy Vice Chancellor, Research) and Prof. Koos Albertyn (Head of Department) were in attendance. At the event, Prof. Albertyn made note of a very large tree in one of the Department’s courtyards that Mike had arranged for planting on the occasion of the inauguration of the Sappi-funded tree pathology laboratories.  He noted that the growth of the tree illustrated the success of Mike’s research career as well as the many accomplishments of the Department and the programmes and projects that had emanated from it.