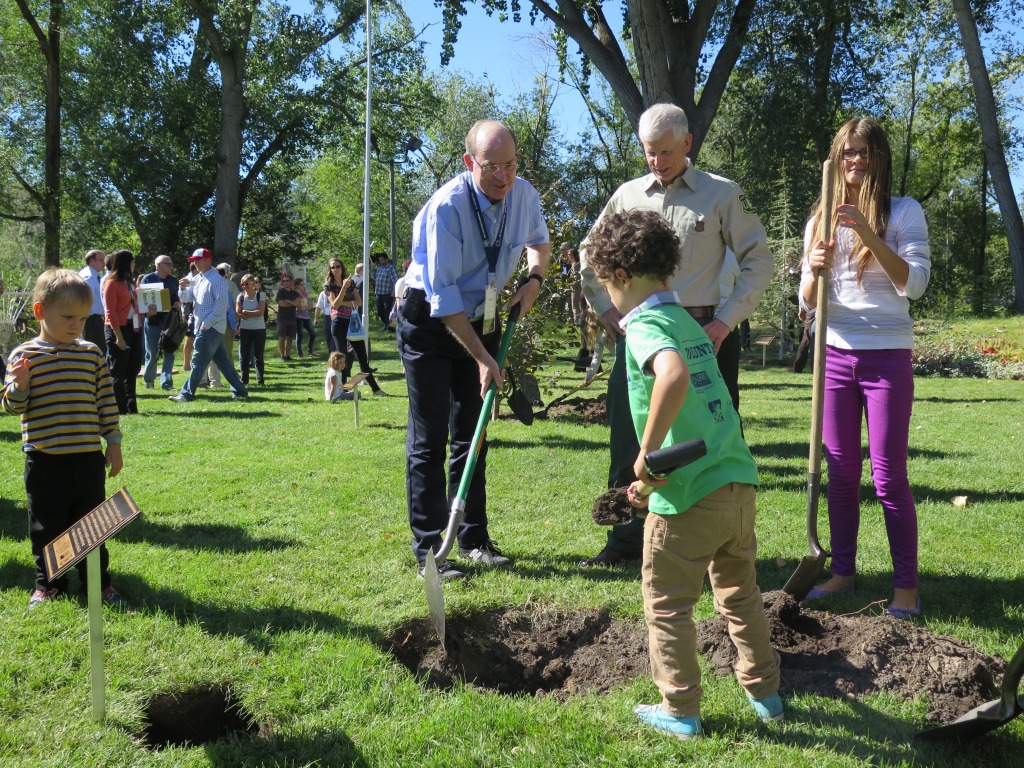 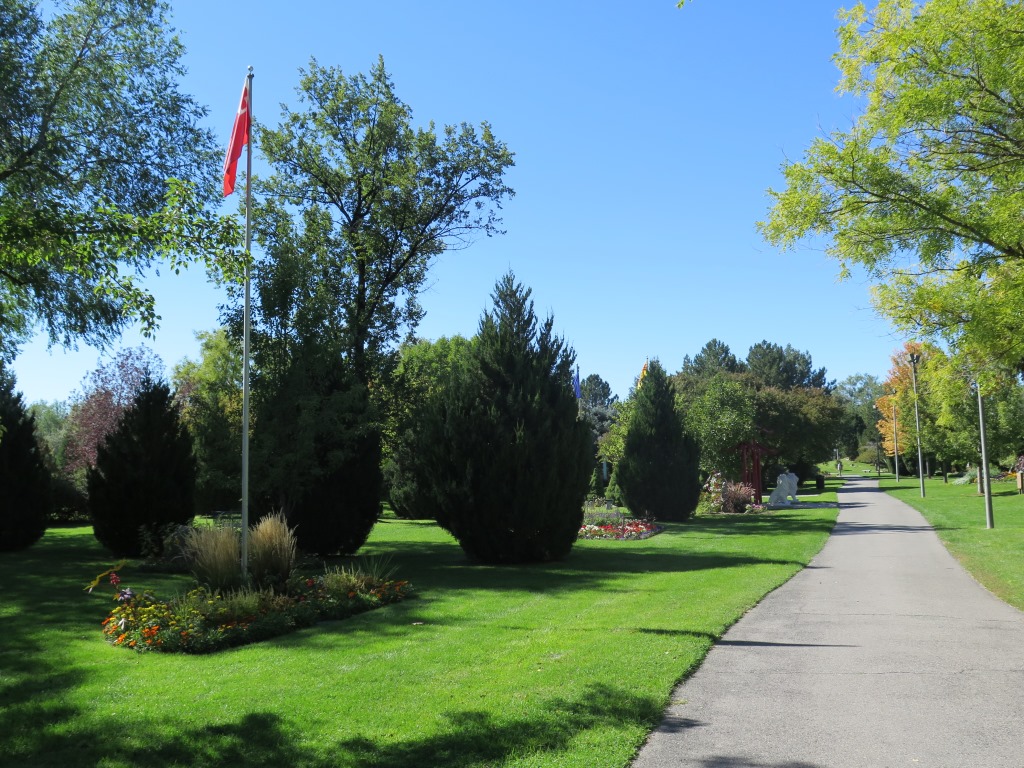 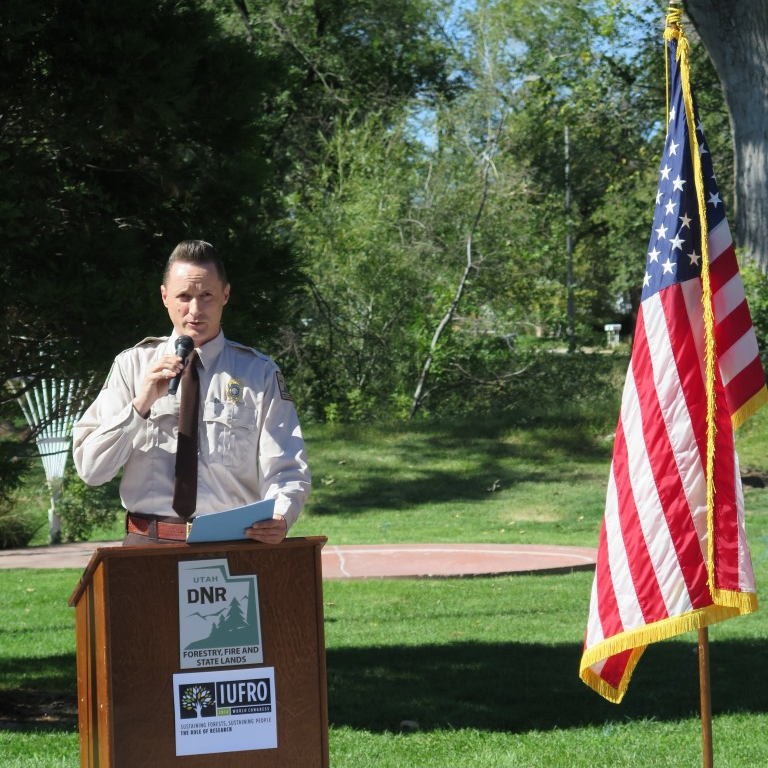 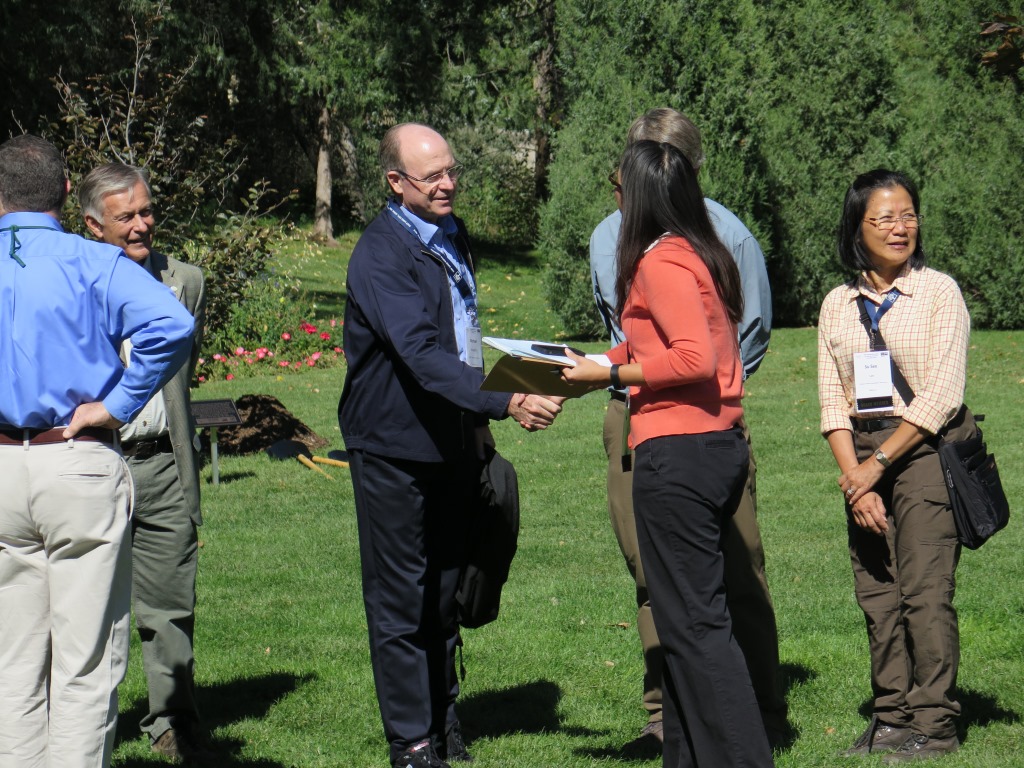 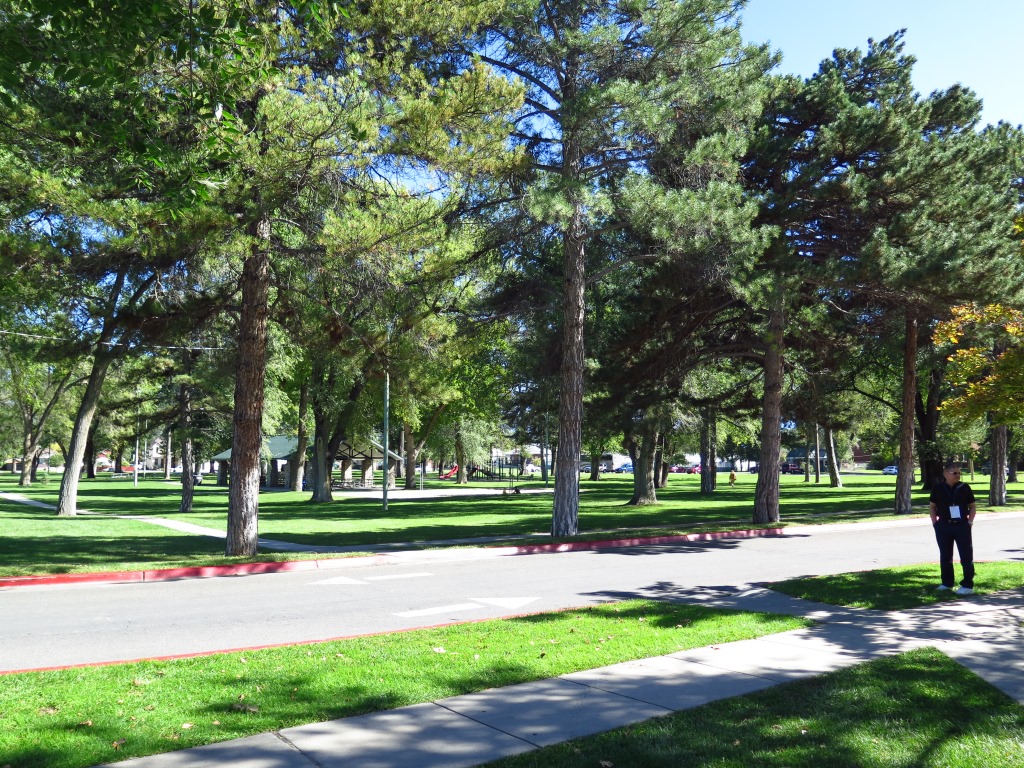 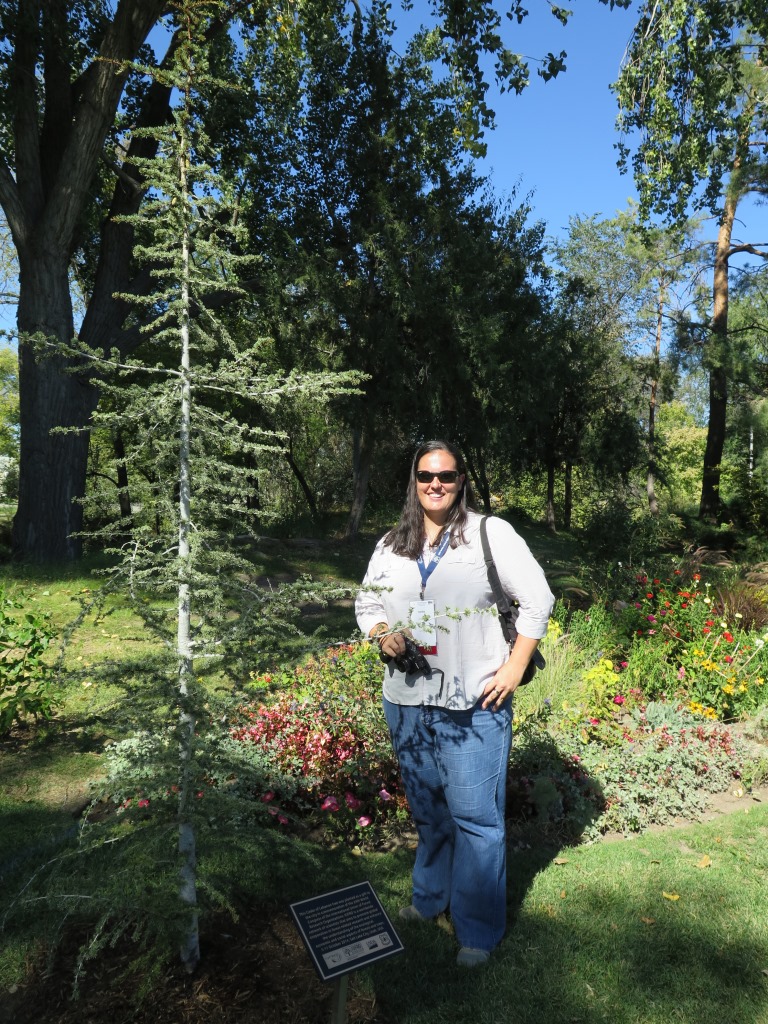 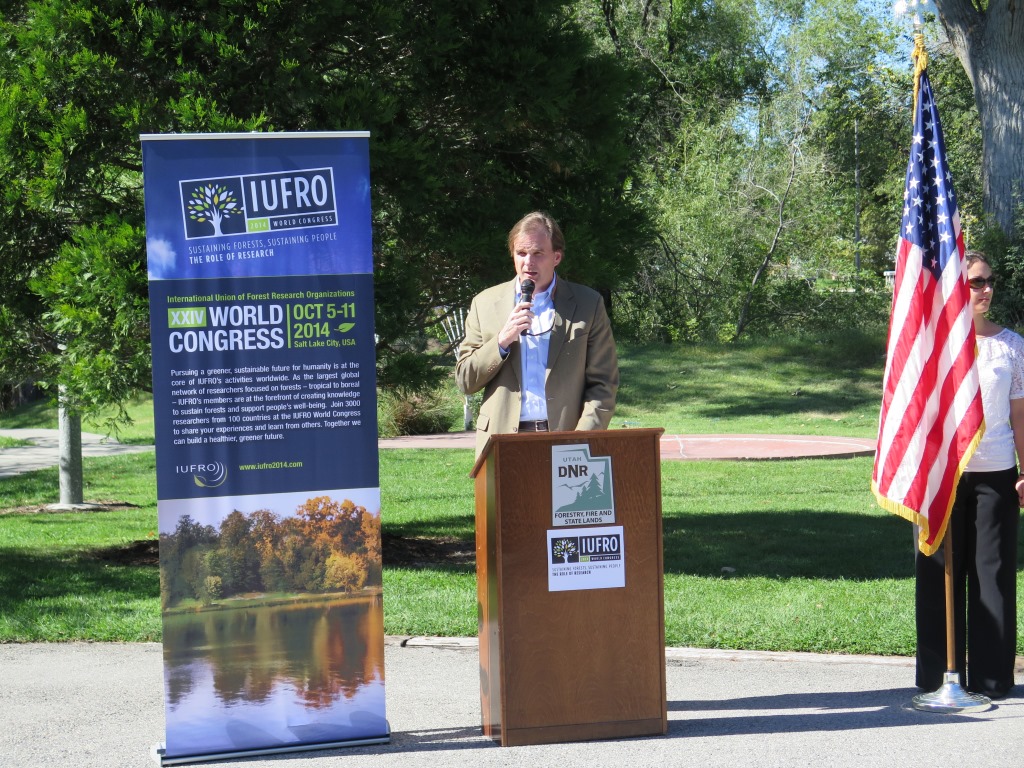 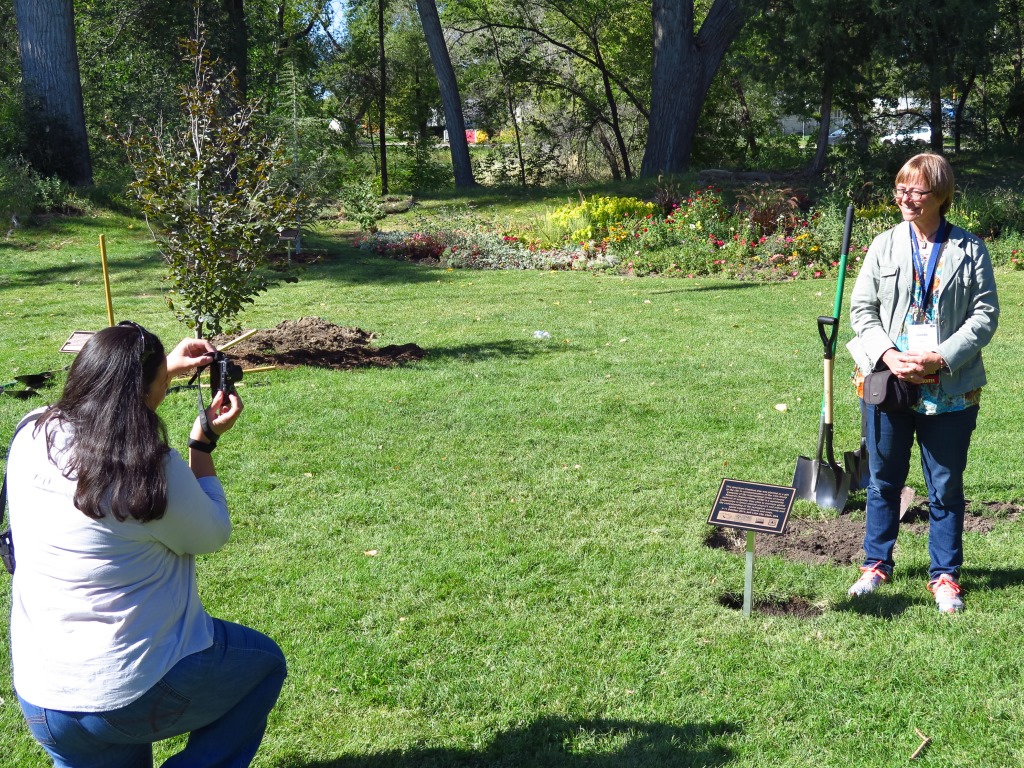 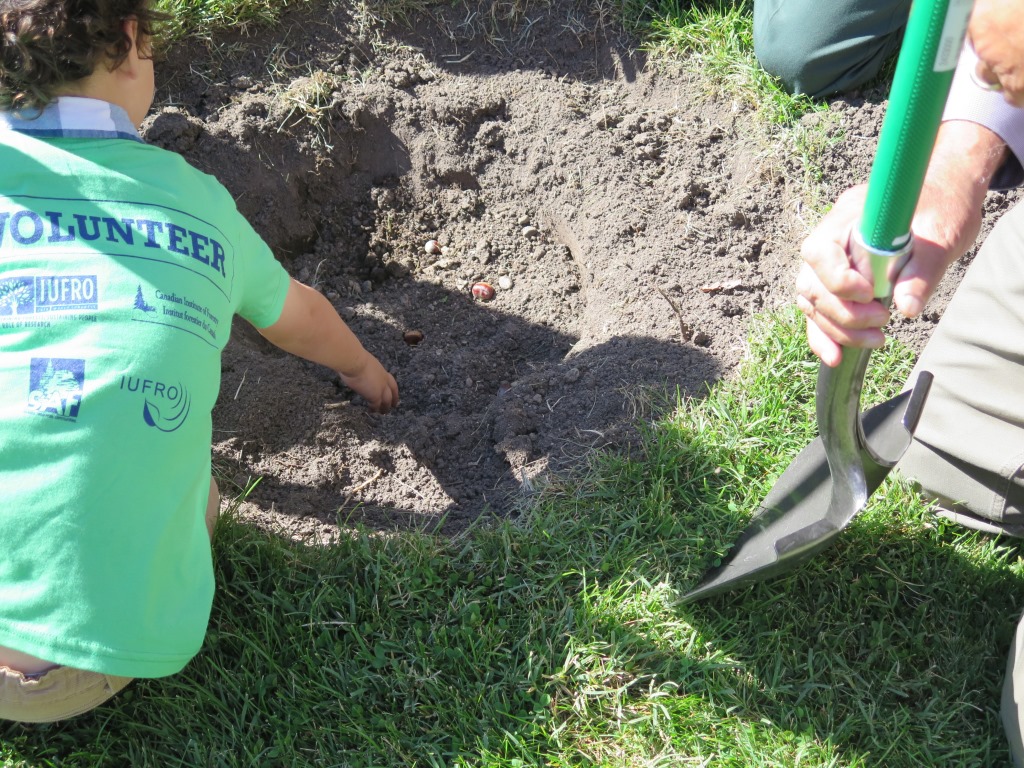 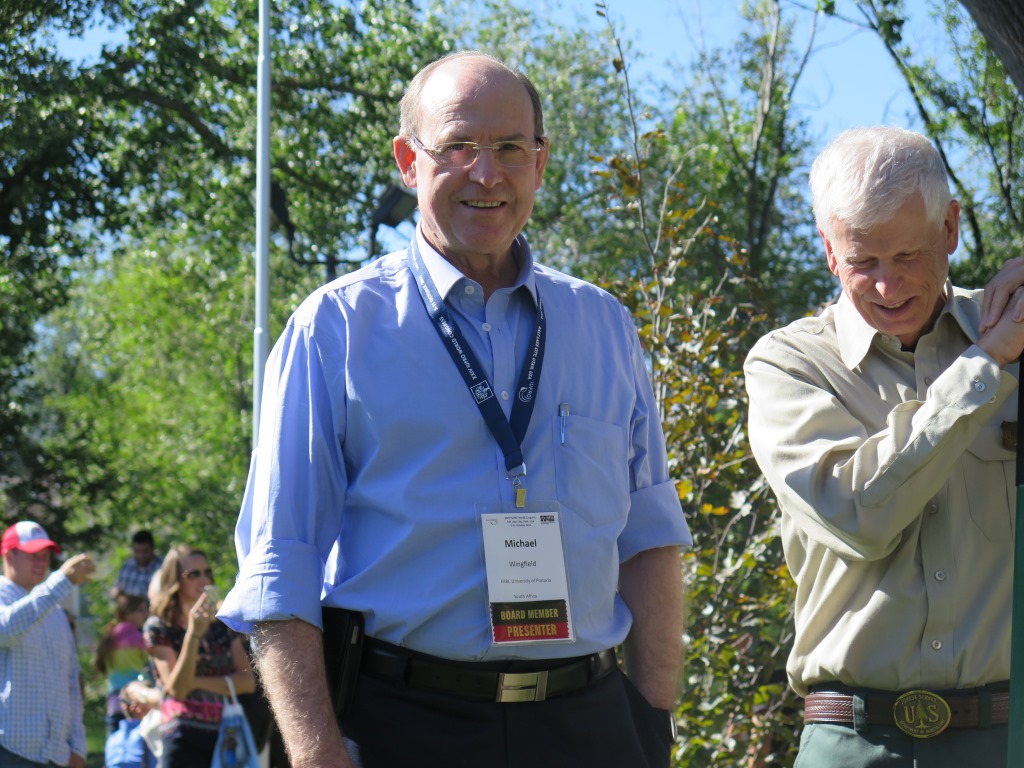 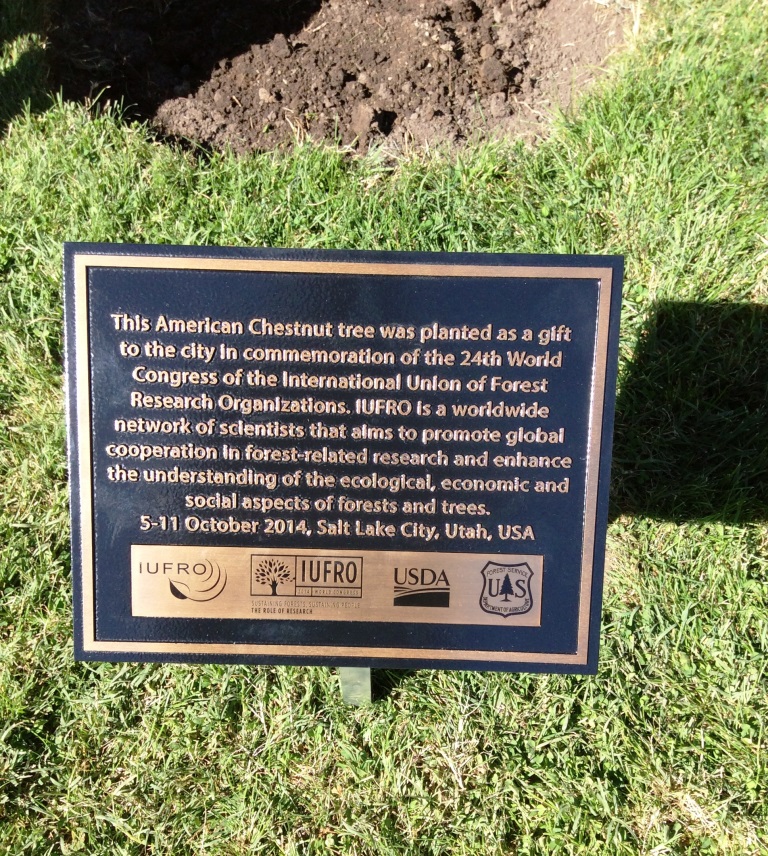 As many of you might know, the 24th World Congress of the International Union of Forest Research Organizations (IUFRO) kicks off tomorrow. For FABI, this congress (which happens only once every five years) is extra special as our director, Professor Mike Wingfield, will later this week be formally inaugurated as the next president of IUFRO - a great achievement indeed.

The theme of the 24th IUFRO World Congress is 'Sustaining forests, sustaining people: the role of research'. To commemorate the start of this congress, a special tree-planting ceremony was held at the International Peace Gardens in Salt Lake City. Many important figures in the forest research and management arena, including Tom Tidwell, Chief of the United States Forest Service (USFS), and Robert Bonnie, the Under Secretary for Natural Resources and the Environment at the U.S. Department of Agriculture, were present to plant four symbolic forest tree species: Pinyon Pine, Cedar of Lebanon, American Chestnut, and the European Beech. IUFRO president-elect Mike Wingfield was among these prominent green-fingers, and was responsible for helping to plant the American Chestnut - very fitting for a plant pathologist (click here to see why). Unfortunately, the young American Chestnut was quarantined at the time, leaving Mike and colleagues to sow its seeds instead. I guess this is even more befitting to a professor of plant pathology.

This tree-planting event in the International Peace Gardens was symbolic of the root of IUFRO - bringing people together, from all over the world, to promote forest research globally. Trees are indispensable to human well-being. And this has been true for ages - the Pinyon Pine for the Native American settlers is an excellent example. By planting these trees today, IUFRO highlighted their support to gather and share knowledge to sustain forests, and therefore people.

A second symbol of the tree-planting today was to highlight the role of urban forests, which, among other aspects, is often associated with a higher quality of living through cleaning air, filtering water, etc. In fact, Tom Tidwell aptly called urban trees the "hardest working trees". For Salt Lake City specifically, the Mayor has prioritized urban forest initiatives, and this will probably be a future directive for many cities around the globe.

And so, with a light dusting of snow on the towering Wasatch mountain range, and a fully-loaded congress schedule, there is plenty to be excited about this coming week. In light of this, be sure to check-out the FABI website every morning at 08h00 for our daily news section - 'FABI at IUFRO 2014', which will highlight and depict some of the key activities and insights of each congress day. More information can also be found on the IUFRO World Congress official webpage.

A good week to all.