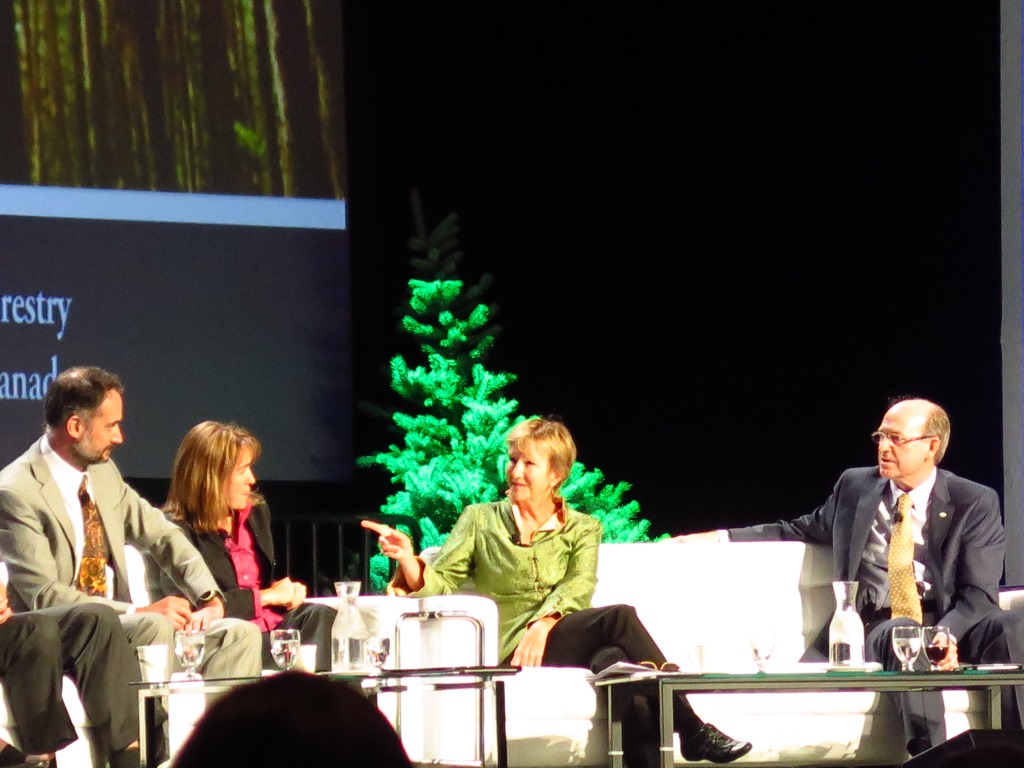 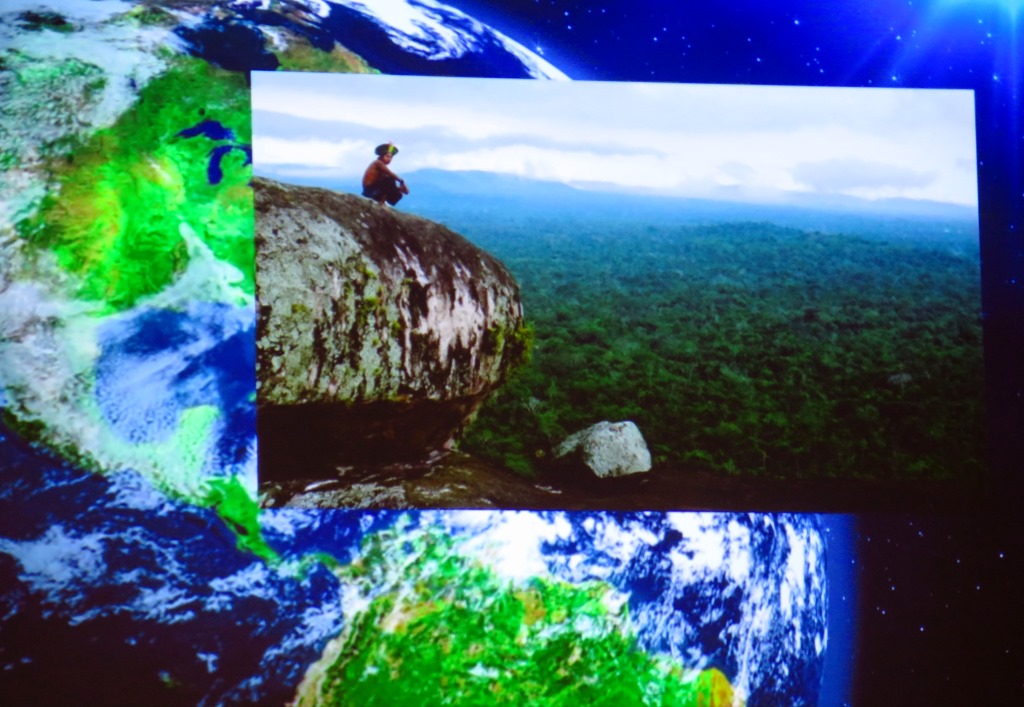 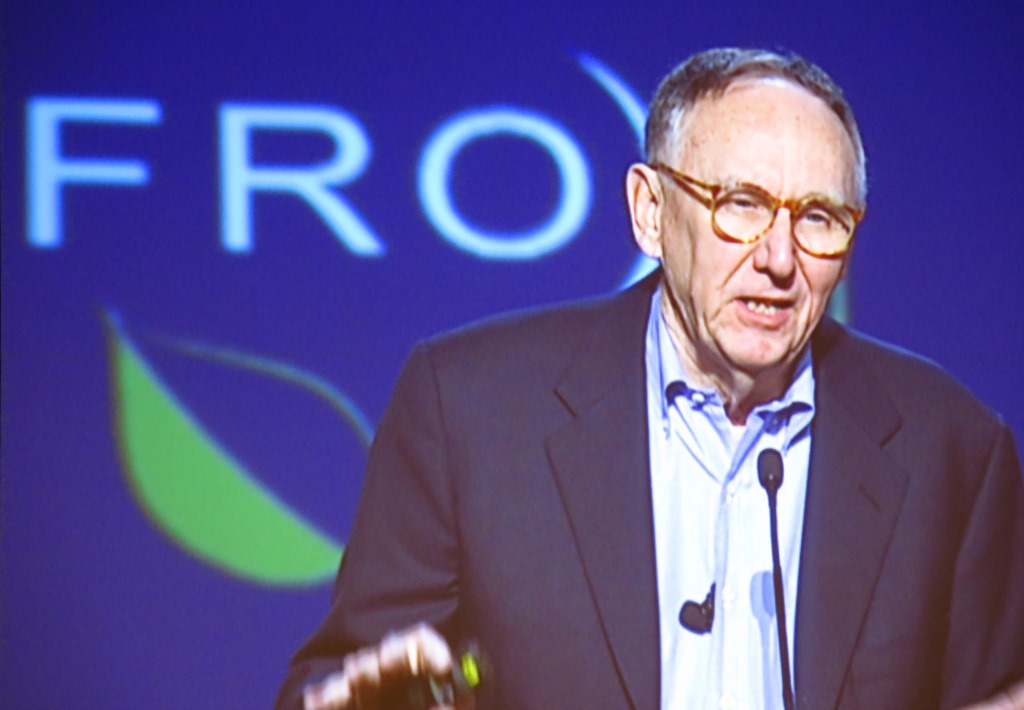 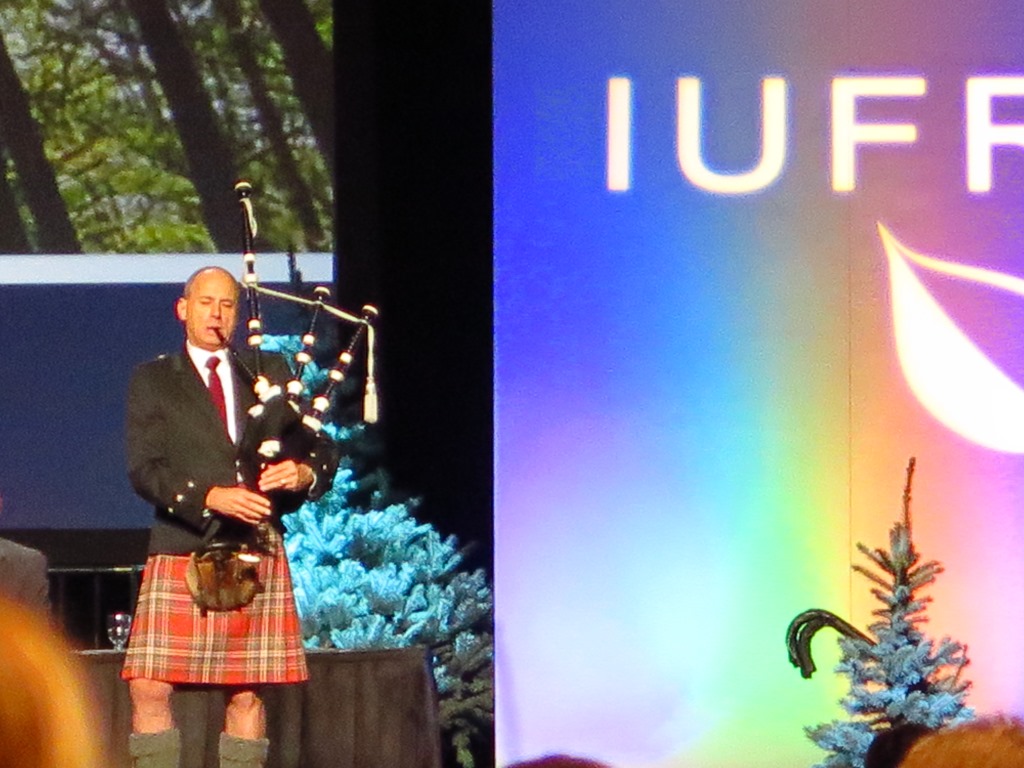 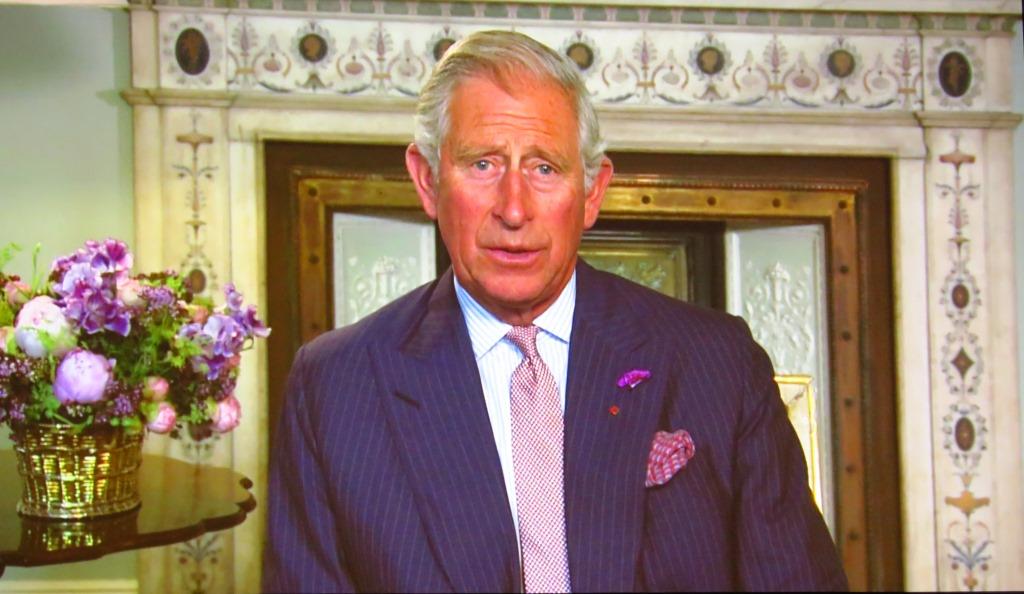 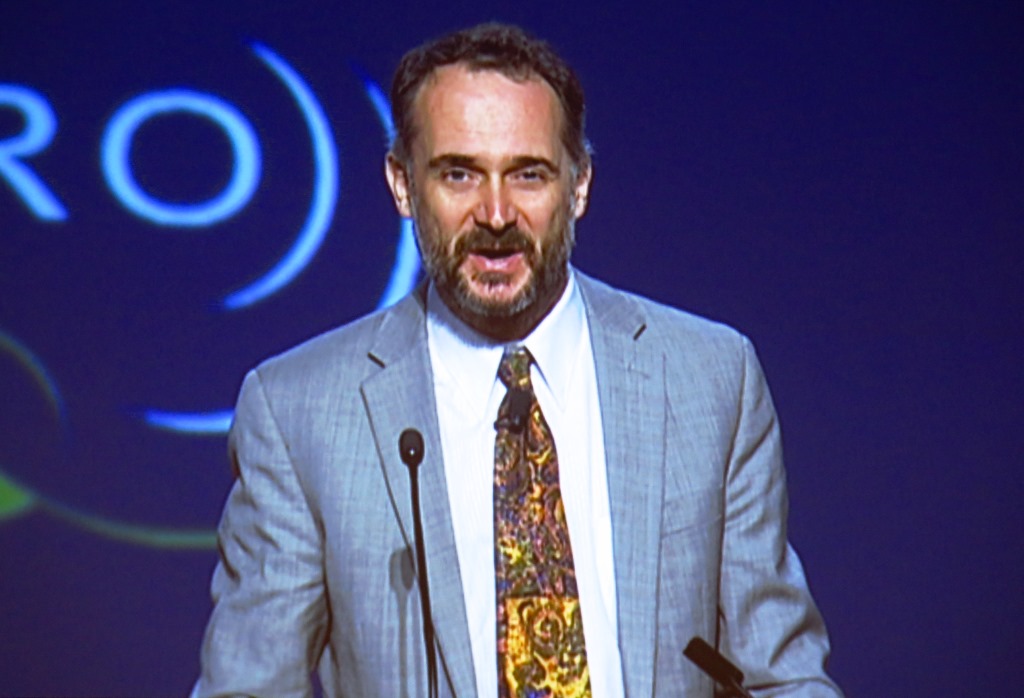 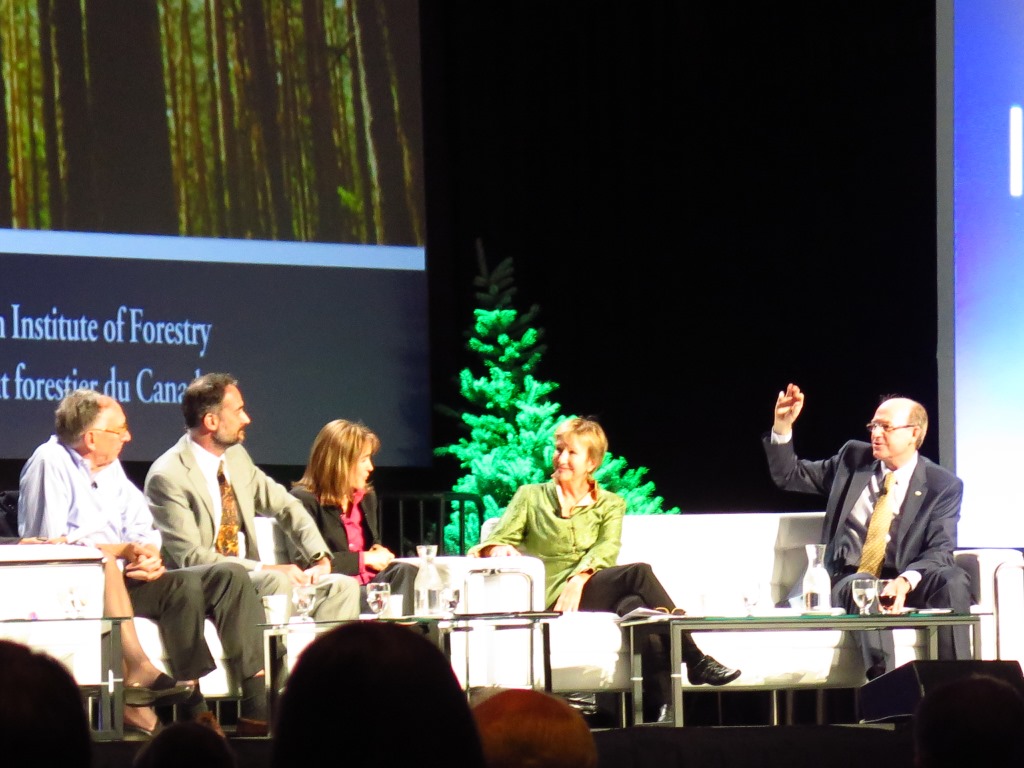 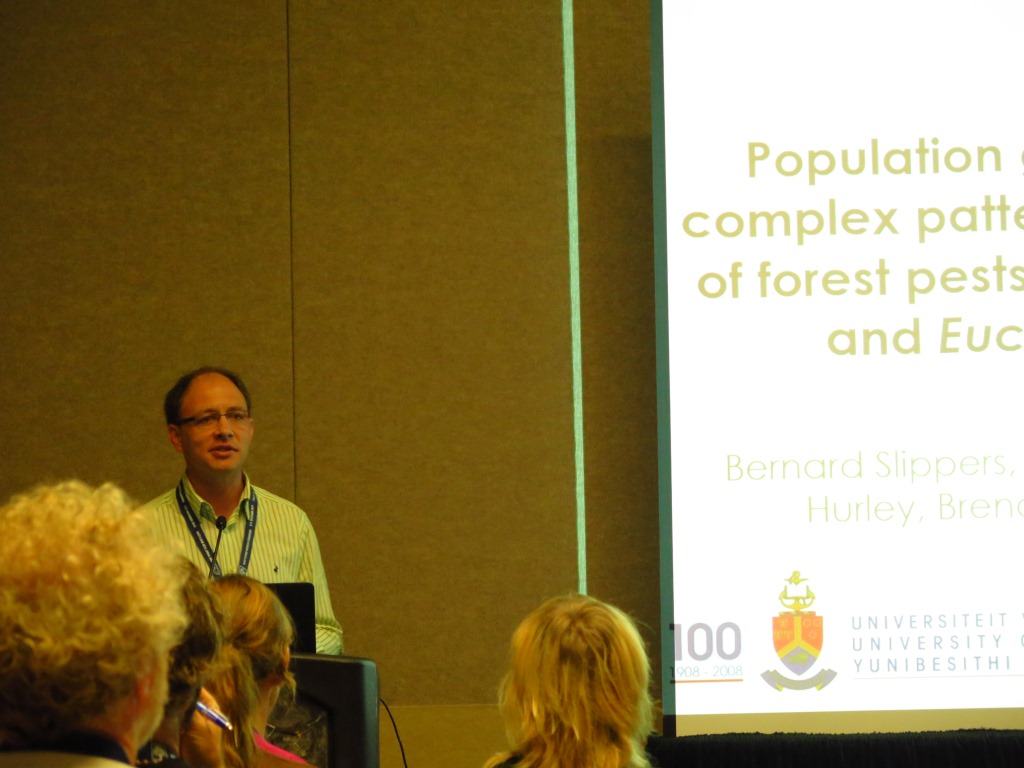 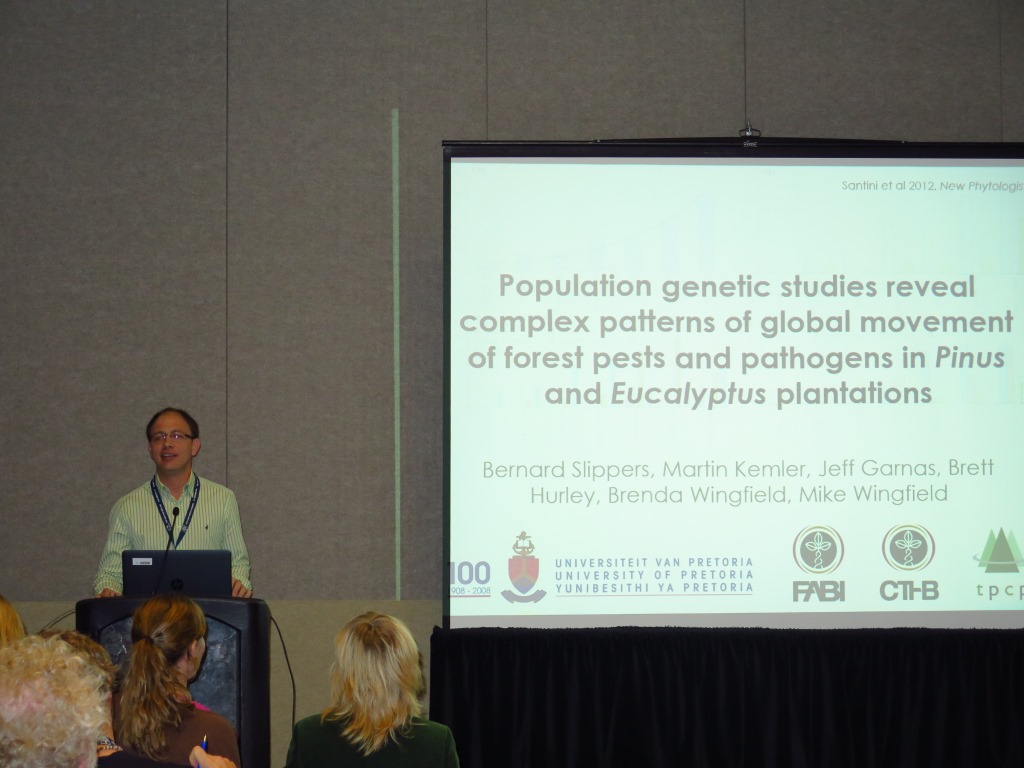 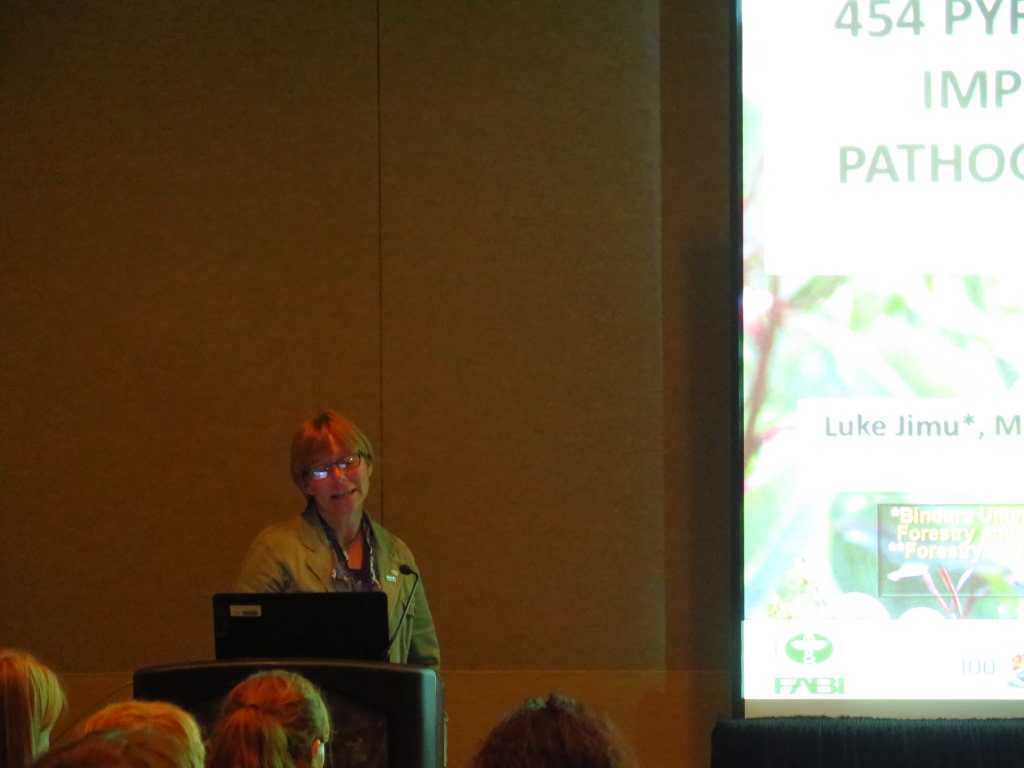 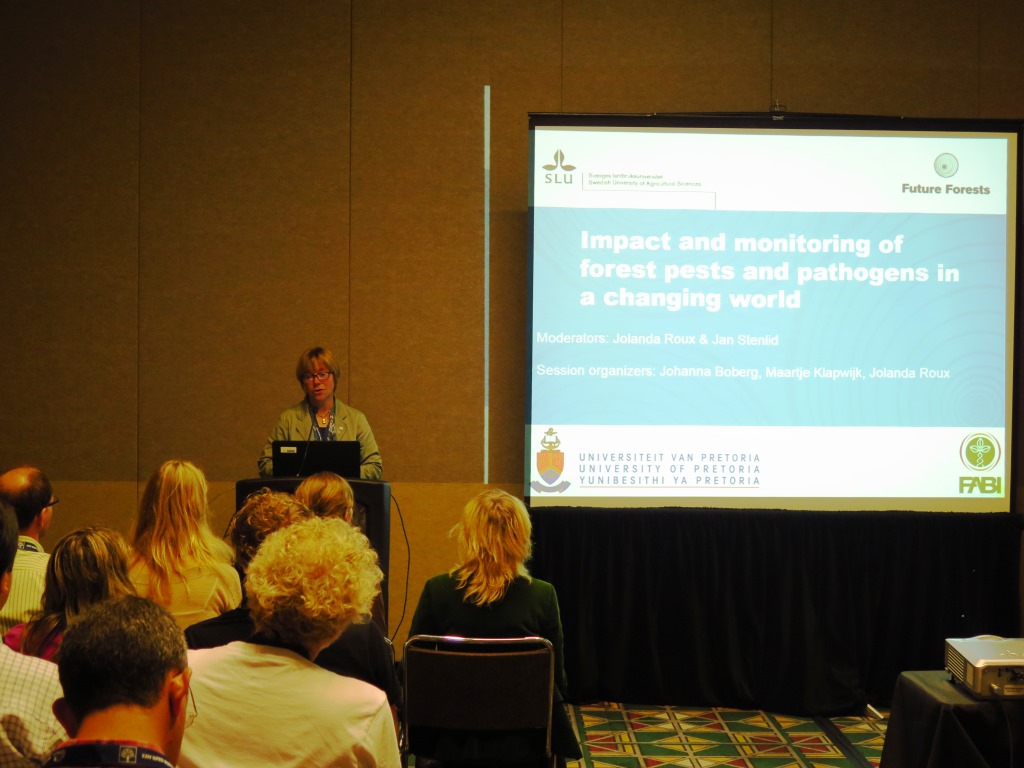 Thoughts on the essence of science - the discovery of knowledge

After the field-visits yesterday, all delegates were once again roaming the vast hallways of the Salt Palace Convention Centre. There was a spring in the step of most, which could only be ascribed to folks having a day of smelling the fresh Utah air. In style with the diverse topics covered at this IUFRO World Congress, today's key plenary lectures were all about the philosophical, poetic, modern, and also eccentric elements of science and research; why a deeper, perhaps also lateral, ecological thinking is so important for establishing well-founded forest management protocols. In addition, it was again a busy day for FABI team members, not only through multiple oral presentations given, but also chairing a talk session, and Professor Mike Wingfield partaking in what can only be described as an unconventional yet delightful take on a panel discussion. And did I mention Prince Charles also presented in a very carbon neutral way?

The first plenary talk was given by Jack Dangermond, the founder and president of ESRI, the folks that brought you arcGIS et al. Early on, Dangermond has been 'enchanted' by visualizing geographical information. This on-going fascination with finding more creative and practical ways to view the landscape, and the increase in computing technology, has eventually lead to ESRI being a billion dollar industry today, with probably one of the finest forest management tools created. But, just as you thought the current GIS programming is good enough, what Dangermond and his team showed today, is truly revolutionizing the GIS industry. In the new software, which also includes a popular 'app' platform for your smartphone, you can now create maps that automatically searches the web for applicable databases and meta-databases in the area (if available, of course). This means that you can now create maps with data you did not collect. Dangermond expressed his concern how people who work toward the same goal, are often afraid of sharing data with one another. With this GIS revolution, he aims to promote a greater spirit of sharing and collaboration, which would eventually also revolutionize decision-making for forest management.

However, one of the neatest additions to the new software is real-time updates of data. For example, if you have stream-flow measuring weirs, these measurement can be updated on your digital landscape maps in real-time. So, know you can see the changes (if any) of a particular managerial decisions in the context of your whole forest landscape. And with the 'app', you know have a portable, real-time updating, field buddy. Other than that, the new program has a much more user-friendly interface, and this has great application in developing nations, where access to important GIS data can now more easily be obtained. This is also an attempt to promote the task of rapidly responding to a problem. That said, it is evident that this program is still very much optimized for usage in the US, as they do have more research data to share on forests. As mentioned before in other news items, this underscores the need for more research on forests in Africa, native and planted. This will be the only we can make use of such forward-thinking technology in a time when sustainable forest management is critical for human well-being. I never saw Steve Jobs, creator of Apple Computers, live in action. But from the few clips I have seen of him, it almost felt like he was standing here today. There is a striking similarity in eccentricity. It must be something in the Californian water.

Then, in a surprise visit, Prince Charles delivered a small speech via video from London, "disembodied but carbon neutral", as he put it. The Prince expressed a similar concern to that of Jack Dangermond - we need to work together, across all disciplines, to ensure sustainable food and fiber goals are met. He also mentioned that foresters are now needed more than ever. For every forester, this equates to a huge responsibility. But it also means that the true guardians of the future are working in and amongst the forests every day.

The second plenary was by prominent writer and biologist, David G. Haskell, from the University of the South. His speech was an extensive poem. And the story was of personal sensory connection, and its role in good science. The idea is that education, the search for knowledge, goes both ways - pragmatic, or the engineering or biotechnology side, but also the embodied or lived experience (based on elements of biocentrism). When we better appreciate the biology and ecology of the species, we become more connected with nature, thereby not just managing unknown entities through proxy, but managing life as integral to our existence. Haskell put it perfectly: "Lie down with a hand lens, and shut-up for a change. Lose the agenda, and just observe." Chances are you will then be better at formulating hypotheses, rendering more reliable data, and subsequently more effective forest management tools.

These two speakers then joined a rather informal panel discussion, which included IUFRO president-elect Professor Mike Wingfield, on the importance of reconnecting with nature and creatively going about acquiring knowledge. As food for thought, they pondered; why do we need to incentivize people to conserve, giving that we all live on the same earth and will all continue to need it in the future. I appreciated this informal, unscripted, panel discussion. Here you got to see that all these folks, everyone a star in own right, has taken on the selfless endeavour of making sure we protect our forest to live and prosper. In a sense, they spoke to people, as people, for the people.

FABI was represented with Professor Bernard Slippers giving a thought-provoking talk on whether global quarantine ideals is a realistic approach for developing countries at present, especially since there are sneaky pathogenic endophytes. Developing nations are typically resource poor, and therefore definitely not yet equipped to handle quarantine protocols which might work in developed countries. Also, Professor Jolanda Roux not only gave a talk on Luke Jimu's work on seed-borne pathogens in Eucalyptus, but also chaired a session on the impacts and monitoring of pest and pathogens in a changing world. FABI making us small group of Africans present here, and the larger group abroad, really proud.

Also remember to visit the IUFRO Blog for more news or information.