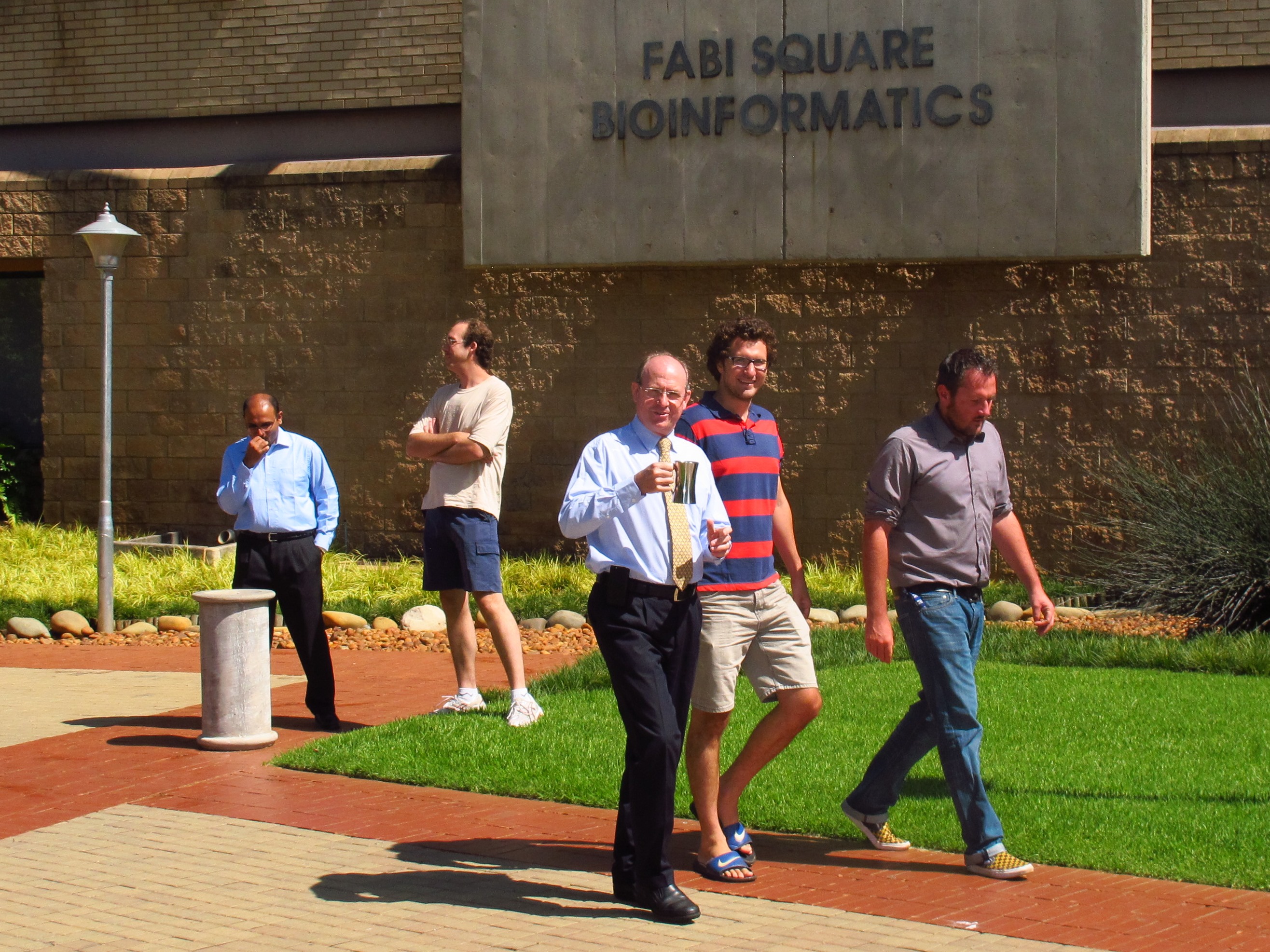 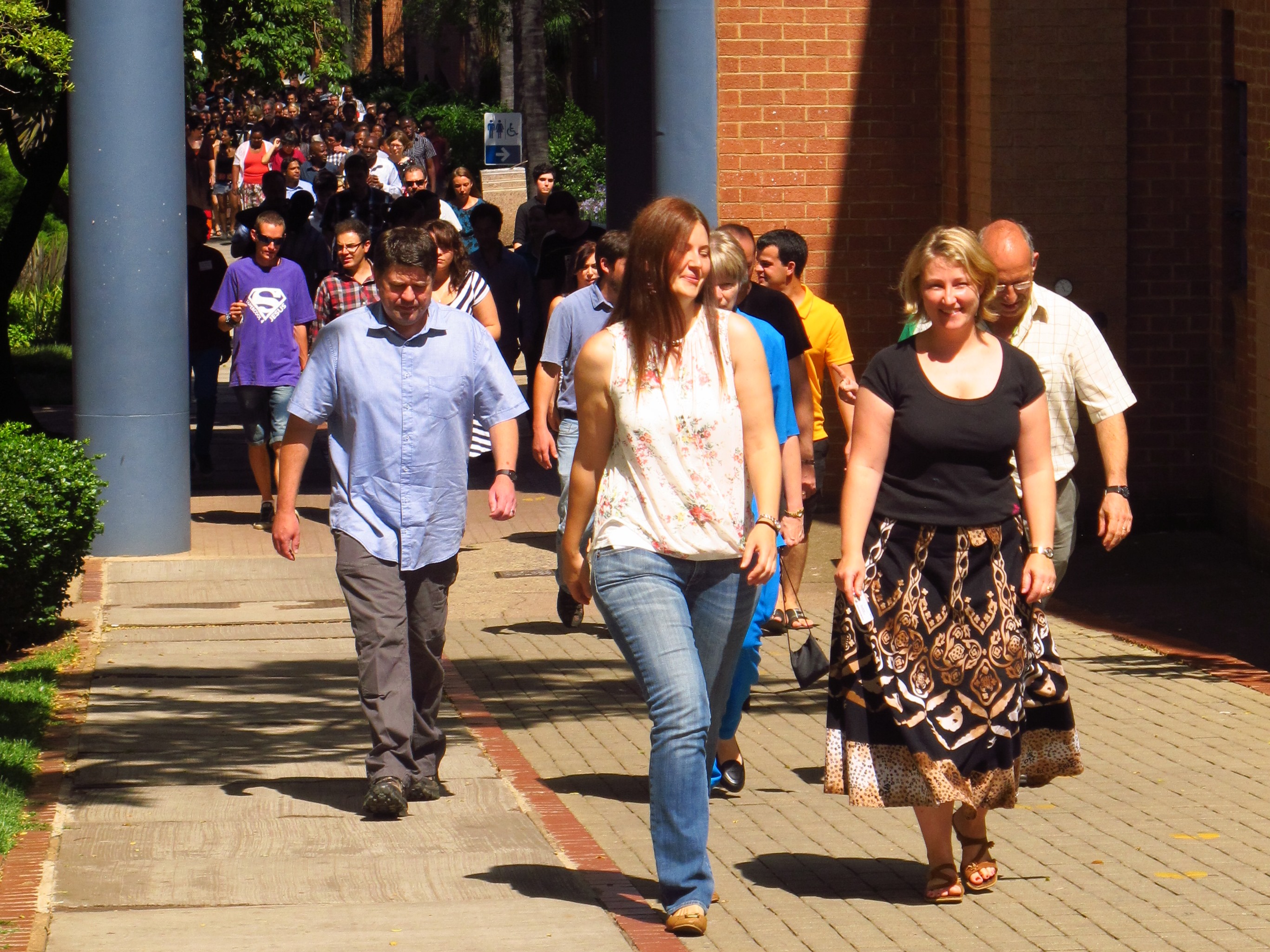 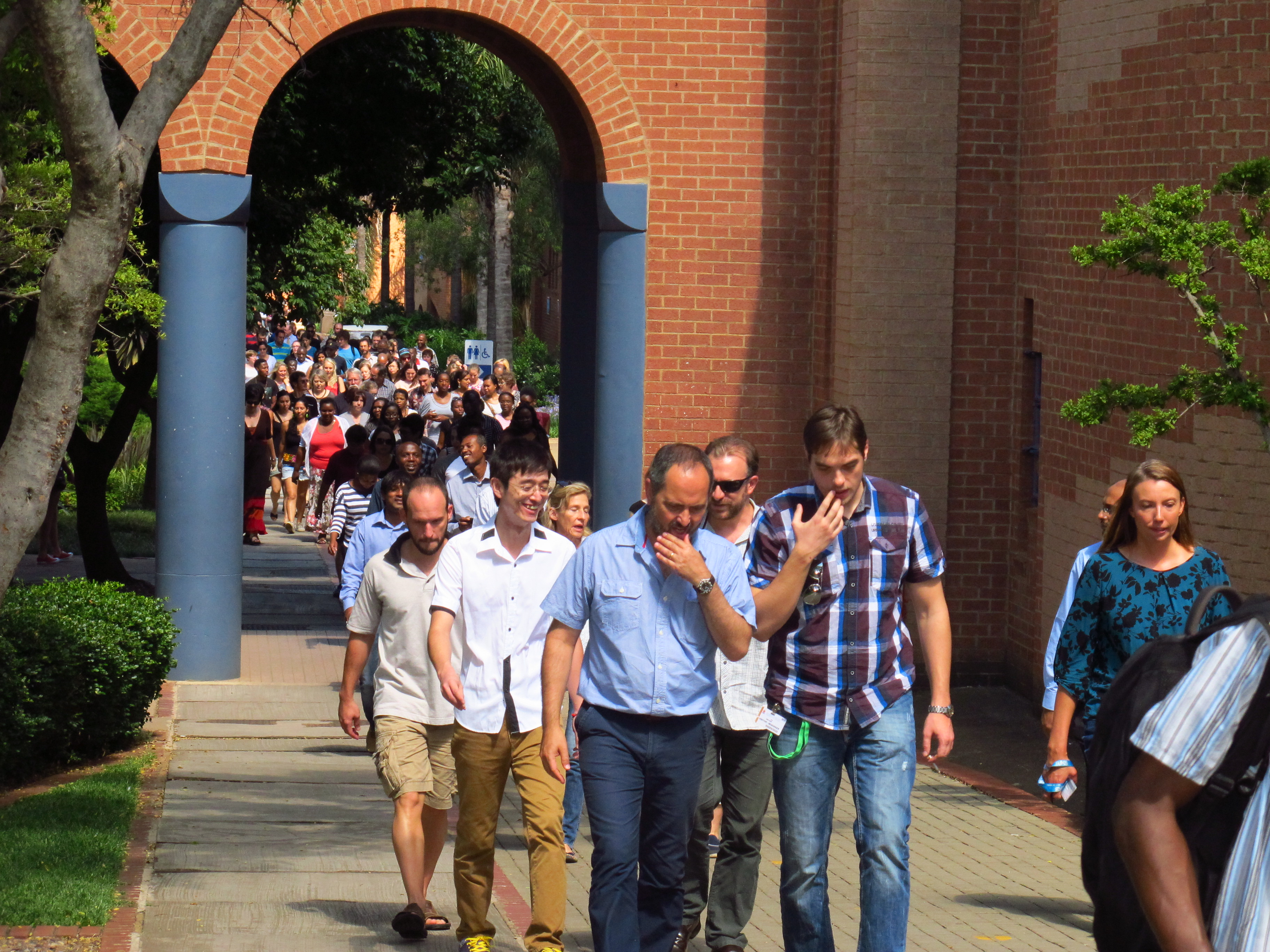 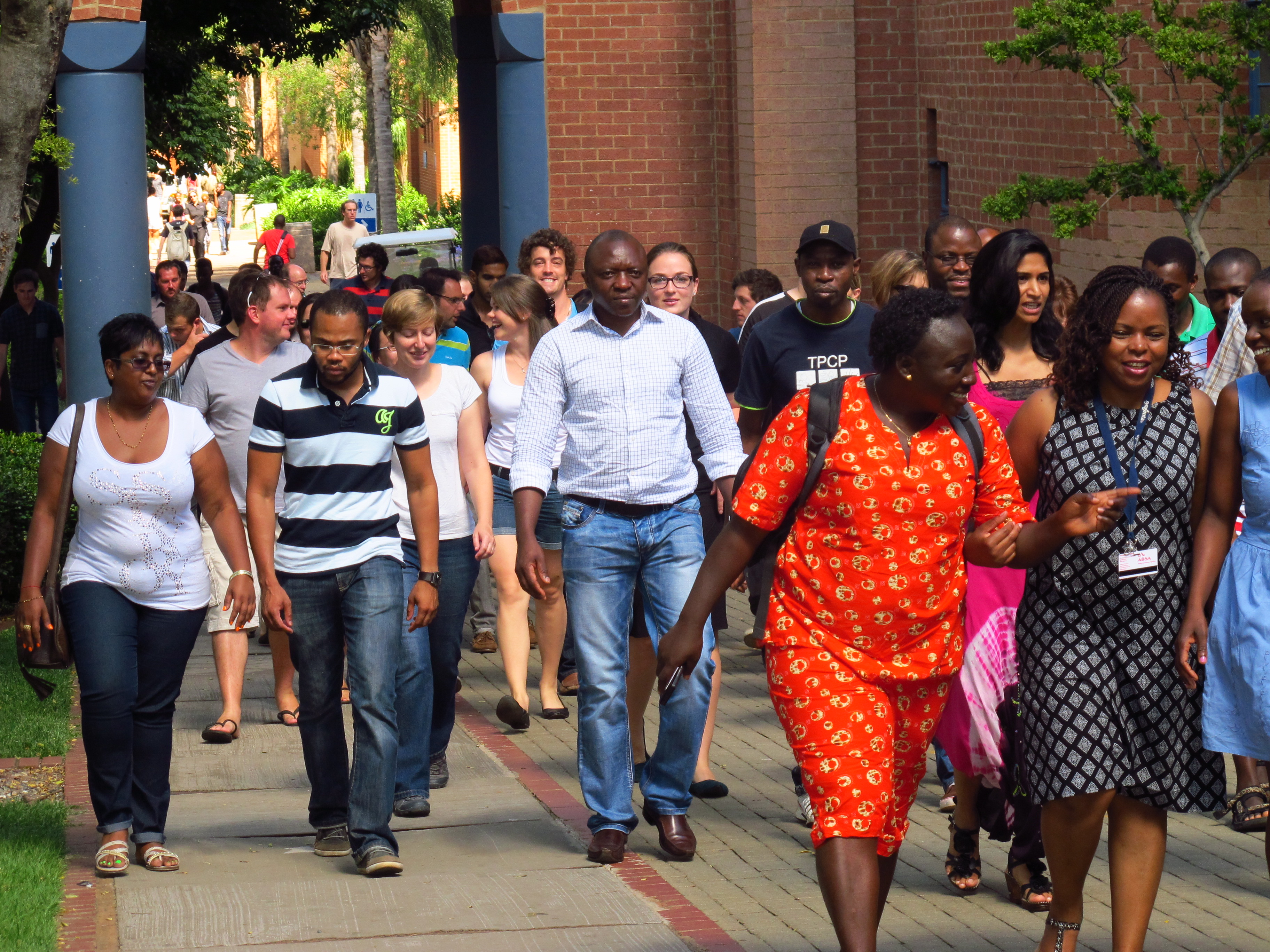 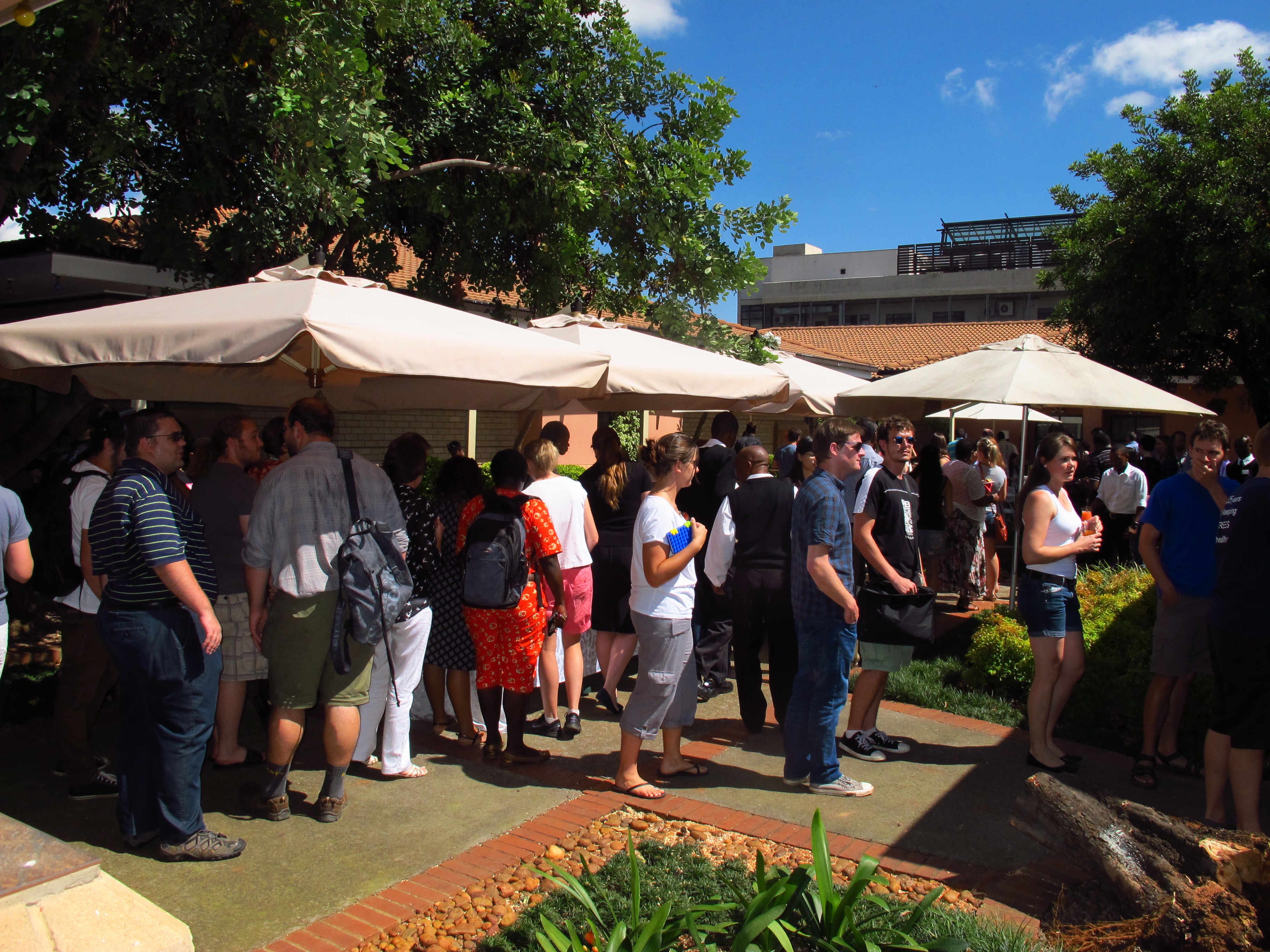 The start of the new academic year saw some 180 FABIans cram into the FABI auditorium where they were welcomed by FABI director, Prof. Mike Wingfield, at the first 'Monday Morning Meeting' of 2015. However, for the first time ever the weekly 'Monday Morning Meeting' was held on a Tuesday, 13 January, for practical reasons after the summer holidays.
In an informal but characteristically energetic and inspirational welcoming address, Mike explained that it’s the people in FABI that make it so successful and the leading post graduate centre of research excellence at the University of Pretoria. FABI is a multicultural melting pot of 180 staff and post graduate students, research follows, and post-doctoral fellows, drawn from six of the seven continents on the globe and speaking some 30 languages.
As has become tradition over the past 17 years, the annual FABI group photo was taken just after the meeting, followed by a buffet breakfast that was served in the courtyard. It was here that everyone had a chance to greet and catch up on news after the holidays, and share fresh ideas on research projects for the new year.
The annual FABI group photo and a gallery with more photos of the breakfast will be posted soon.