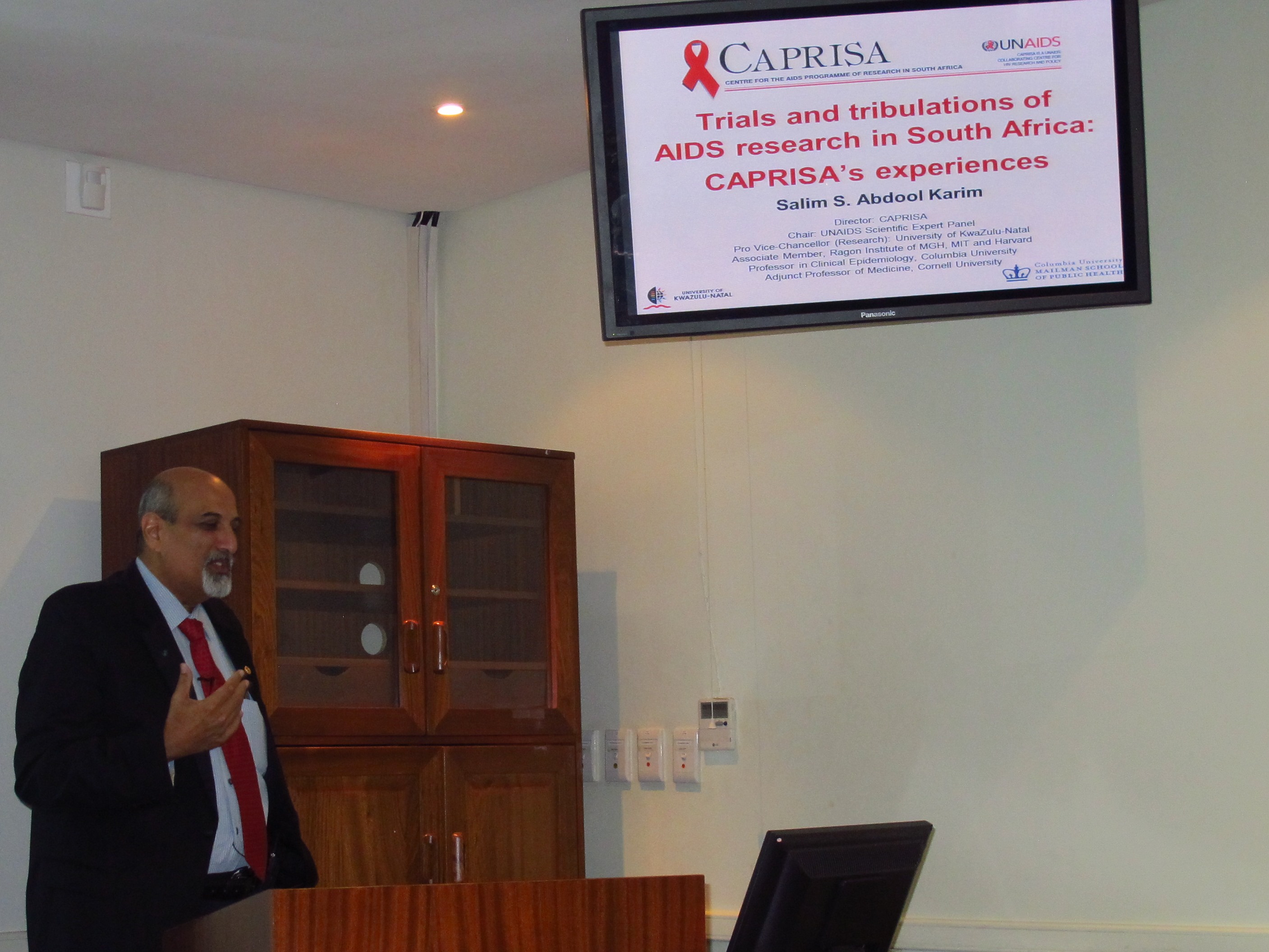 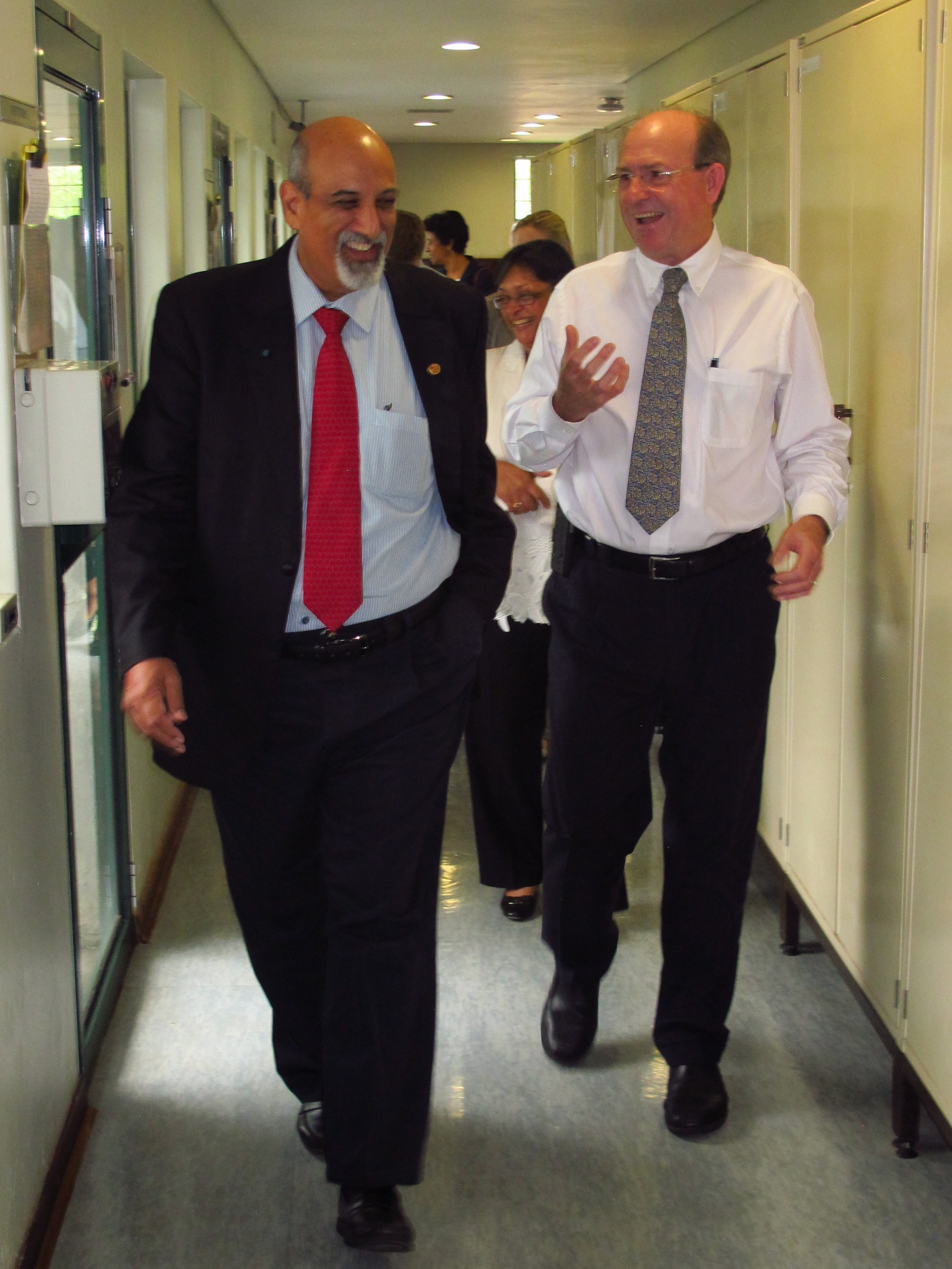 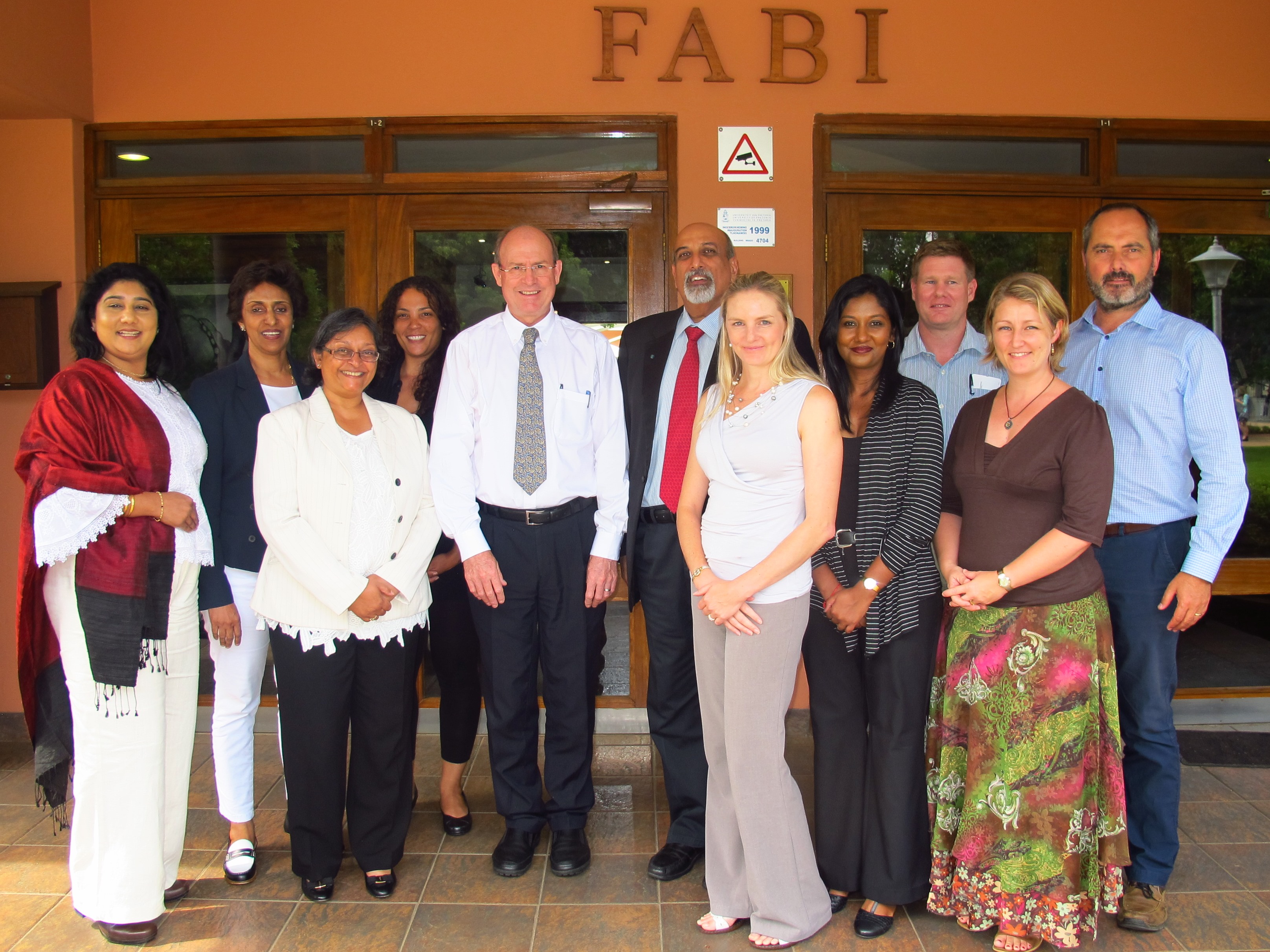 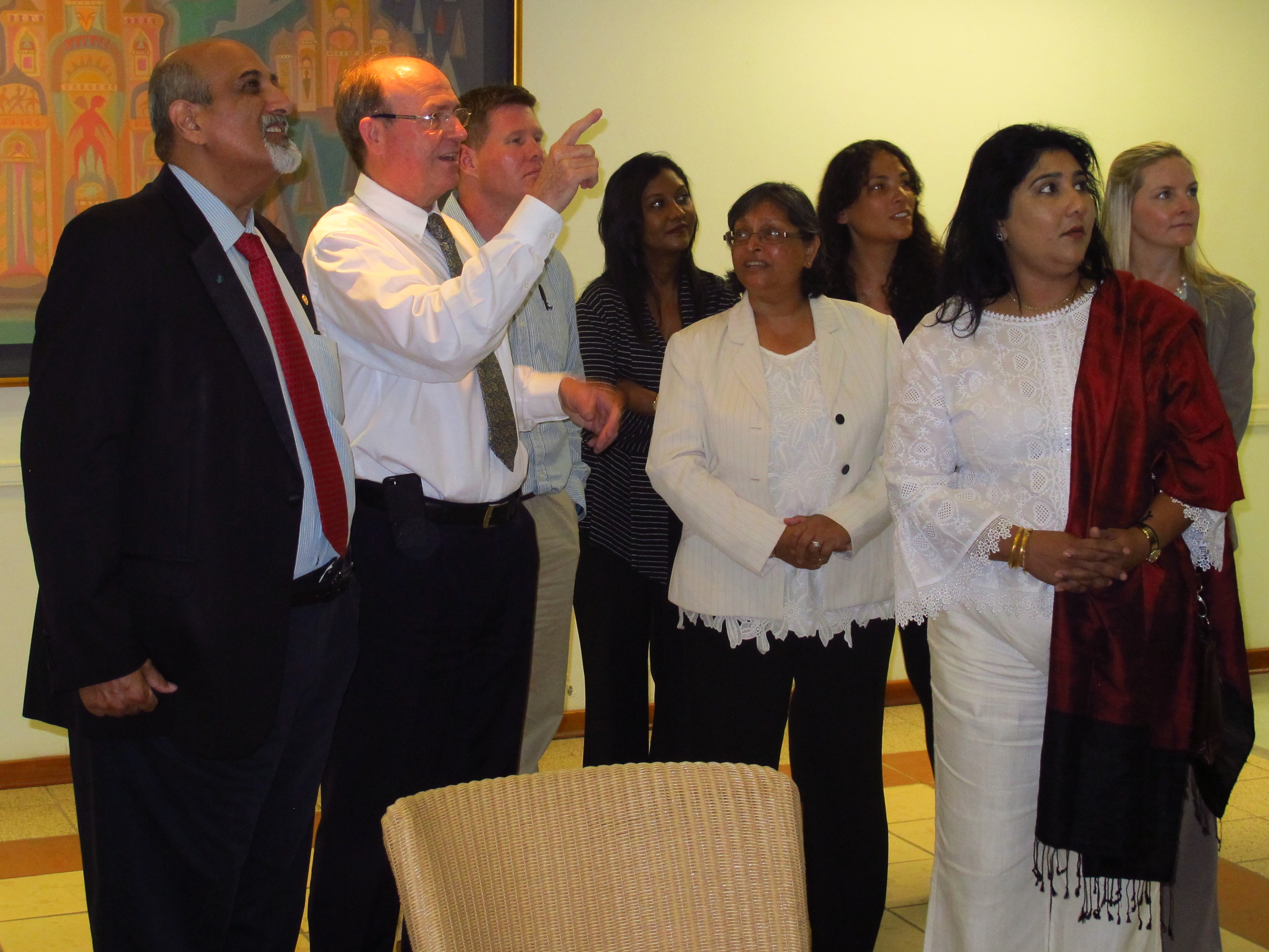 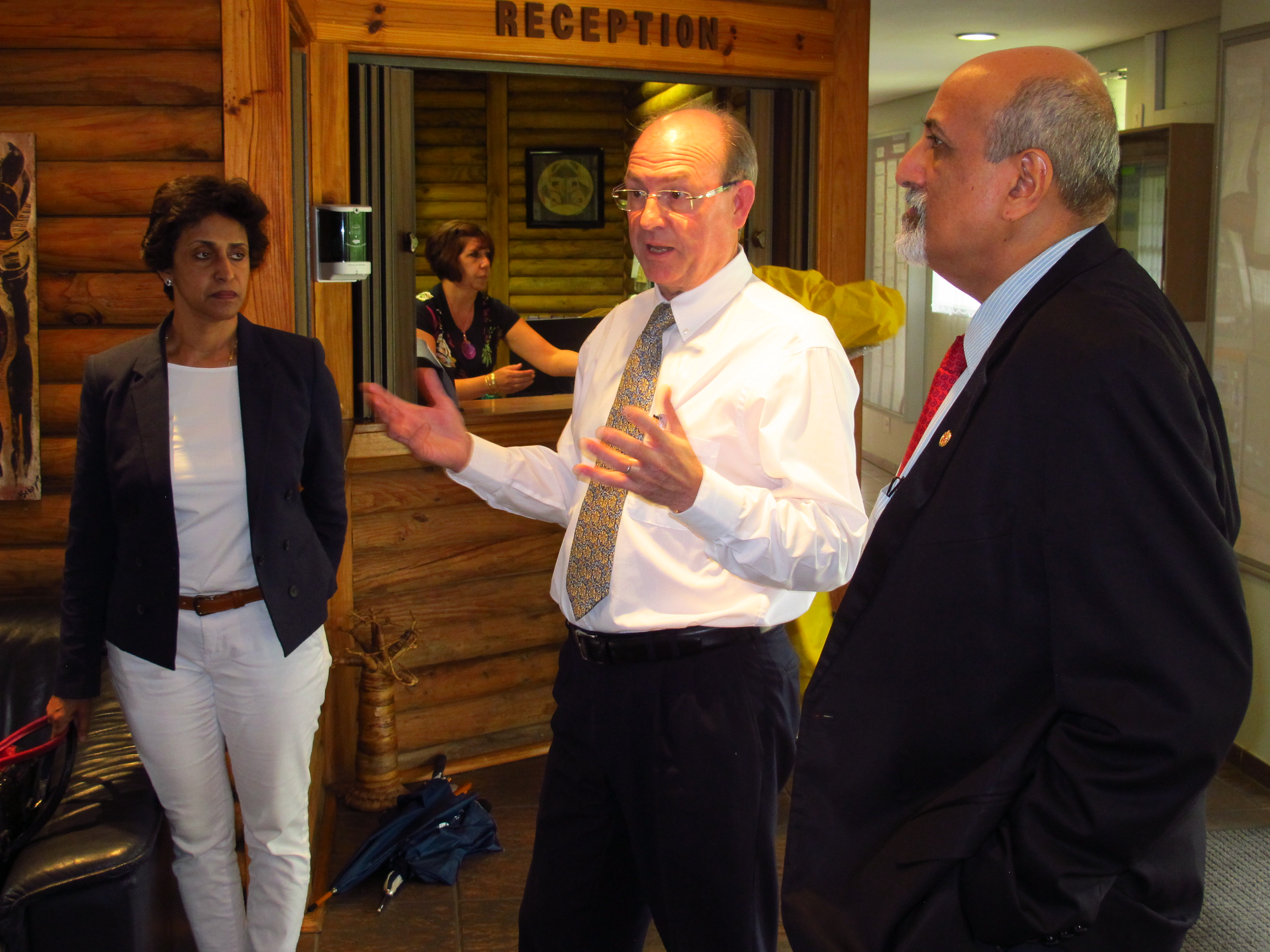 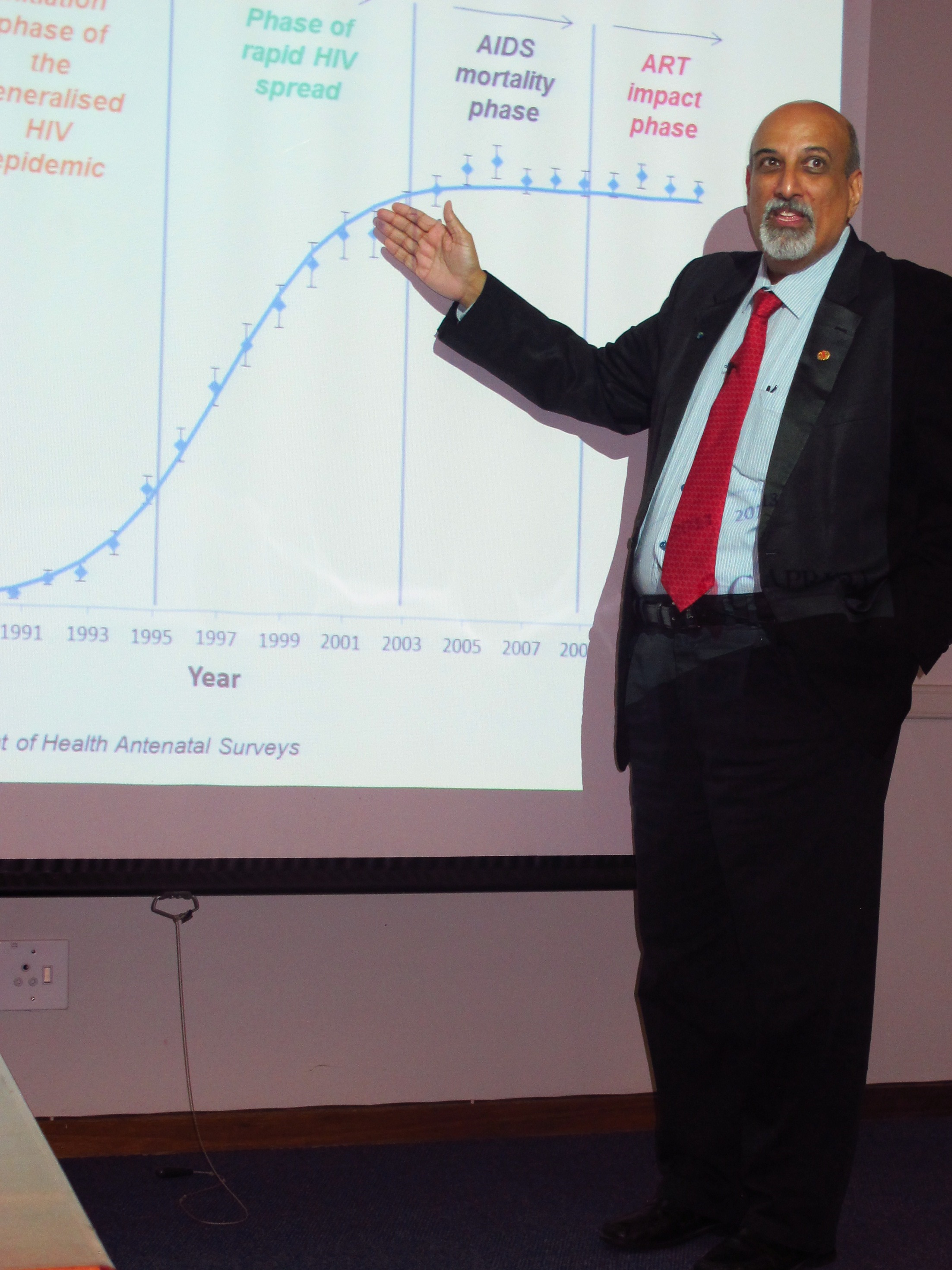 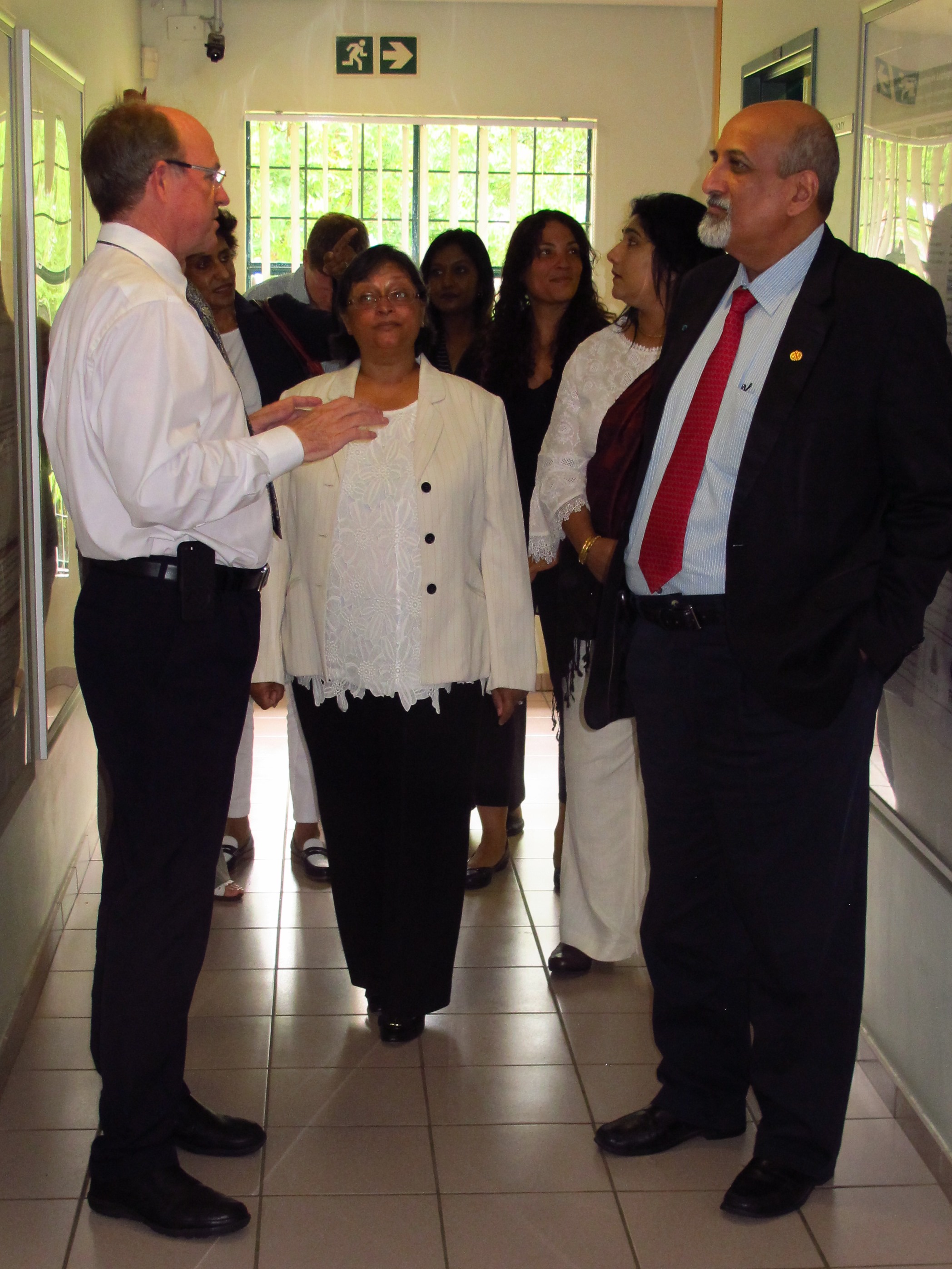 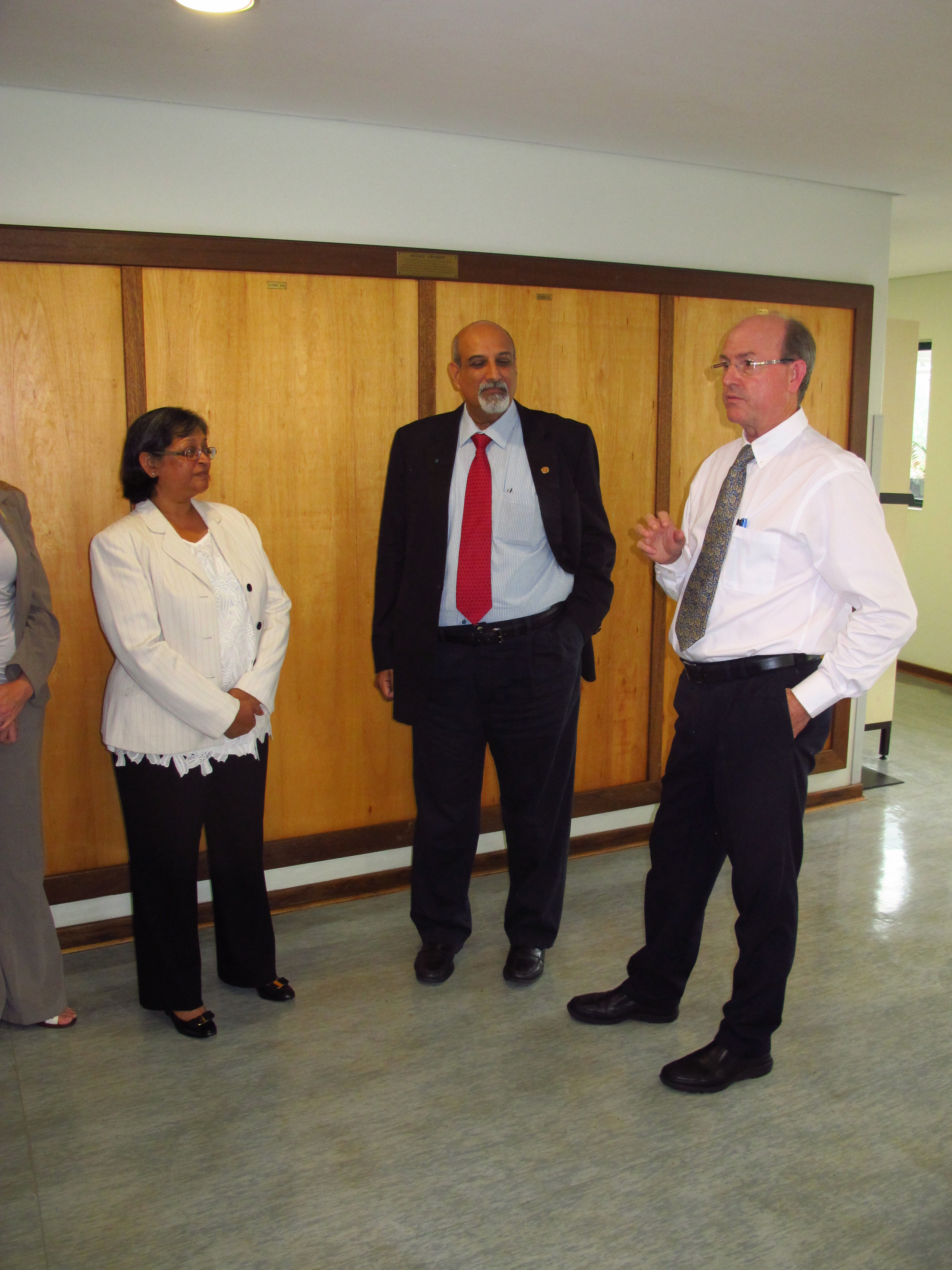 On Wednesday 14 January, FABI hosted a visit by Prof. Salim Abdool Karim, Director of CAPRISA (Centre for the AIDs Programme of Research in South Africa), and one of the country’s most eminent research scientists. Prof Abdool Karim was accompanied by other members of the CAPRISA leadership team including Prof. Quarraisha Abdool Karim, Dr Nesri Padayatchi, Dr Kogie Naidoo, Dr Lenine Liebenberg, Dr Carl Montague, Ms Tanuja Gengiah and Ms Cheryl Baxter.
The delegation met with FABI Director, Prof. Mike Wingfield, and several FABI management committee members to discuss how FABI and CAPRISA have achieved their remarkable successes as research centres of excellence. Discussions also ranged around common challenges faced by research centres in South Africa and ideas were exchanged on what it takes to achieve excellence, funding models and what the two centres can learn from each other.
Following a lunch and tour of FABI by the CAPRISA delegates, Prof Abdool Karim presented a special seminar in FABI outlining CAPRISA’s establishment and how it has become a world-renowned institution in HIV/AIDs research, focussing on the co-treatment of HIV and TB. CAPRISA was established in 2002 to undertake globally relevant and locally responsive research that contributes to understanding HIV pathogenesis, prevention and epidemiology, as well as links between TB and AIDs care.  It is primarily funded with a grant from the USA’s National Institute for Health (NIH). Research is undertaken in four fields:
- HIV and TB treatment
- Microbicides
- Prevention and epidemiology
- Vaccine and pathogenesis
Although FABI and CAPRISA deal with tree and human health respectively, the teams from both institutes agreed that the visit and discussions were extremely fruitful. CAPRISA has also offered a reciprocal invitation to the FABI leadership to come and visit them, an offer that will certainly be taken up by the FABIans in the near future.