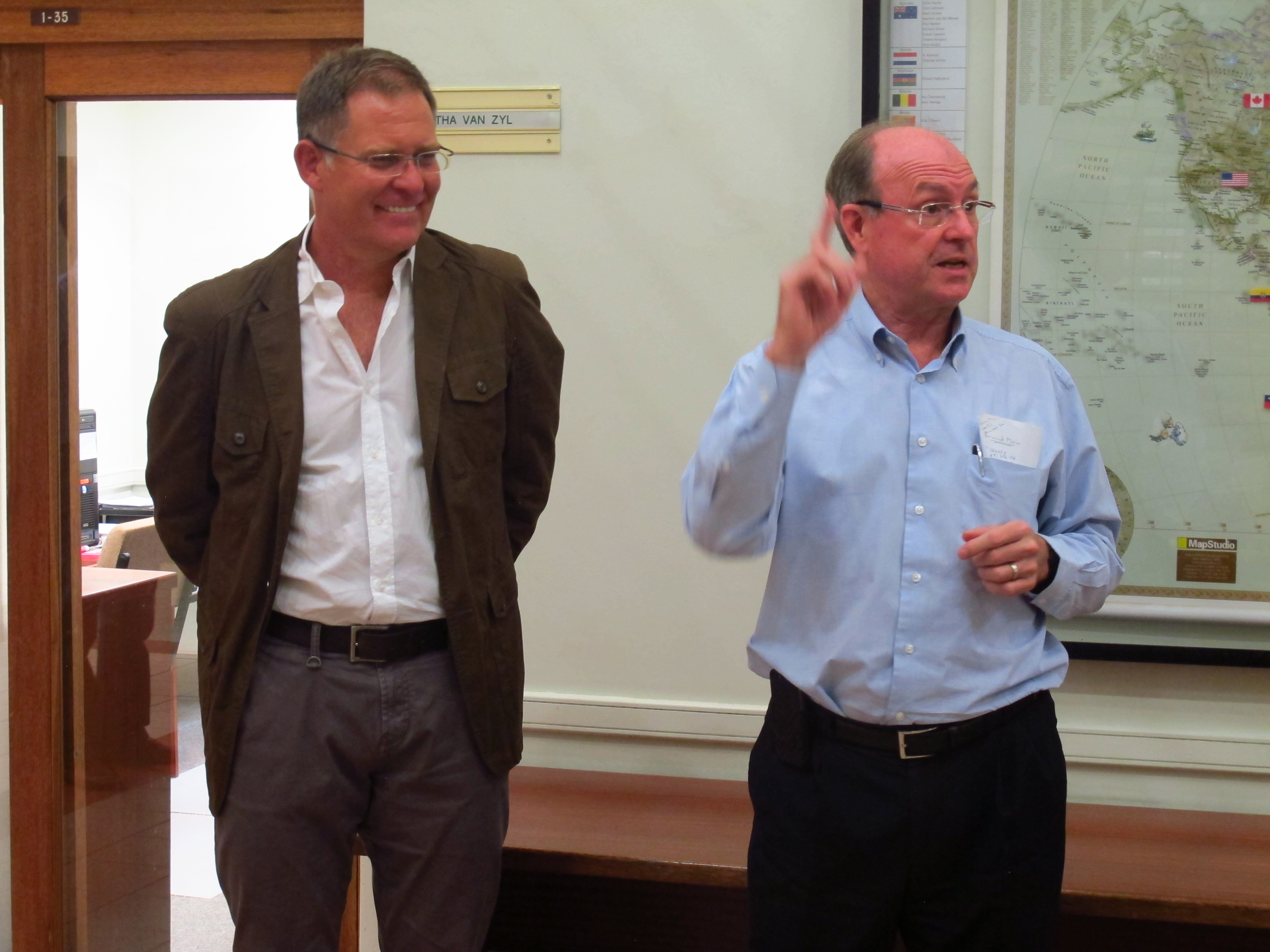 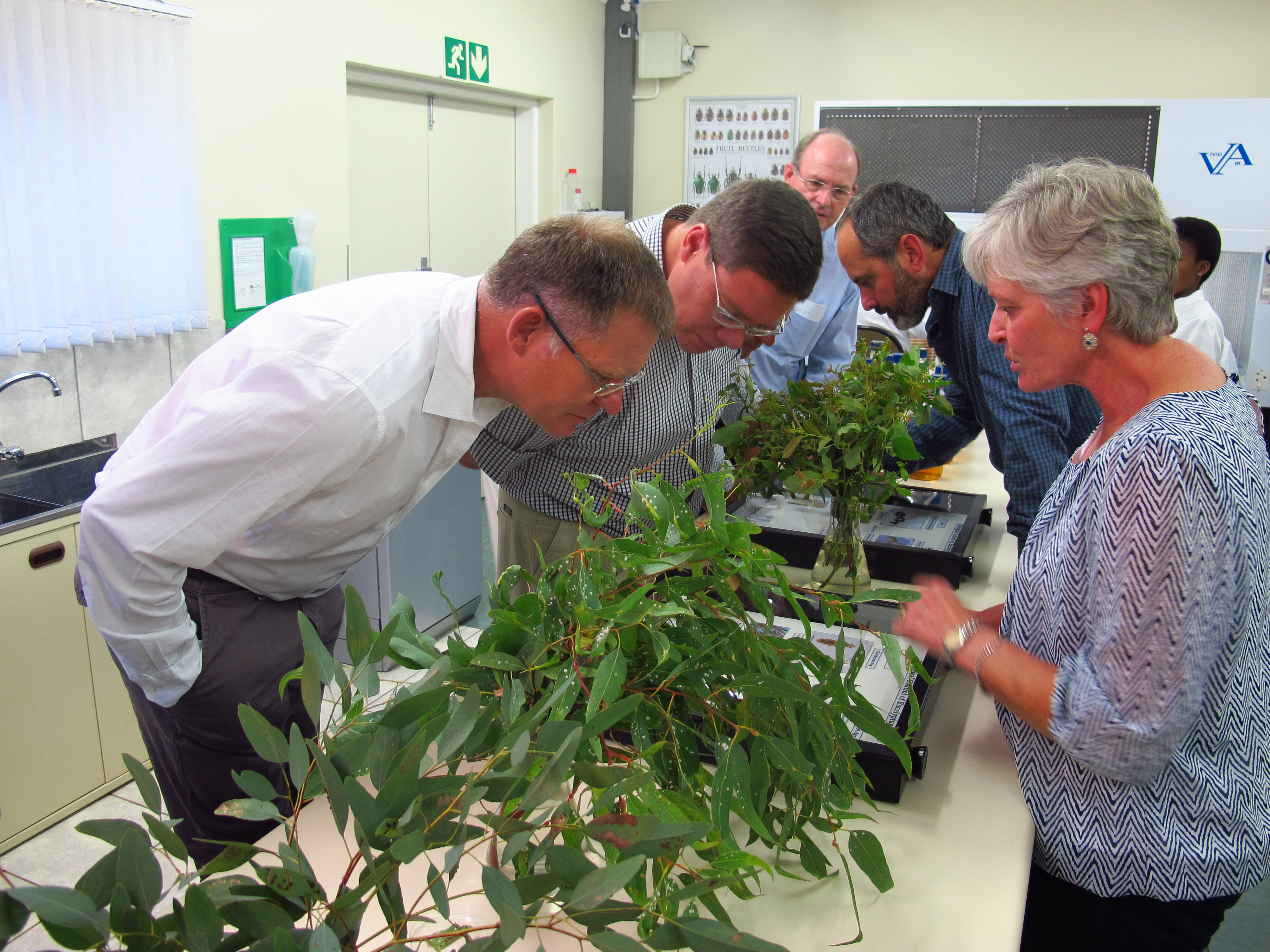 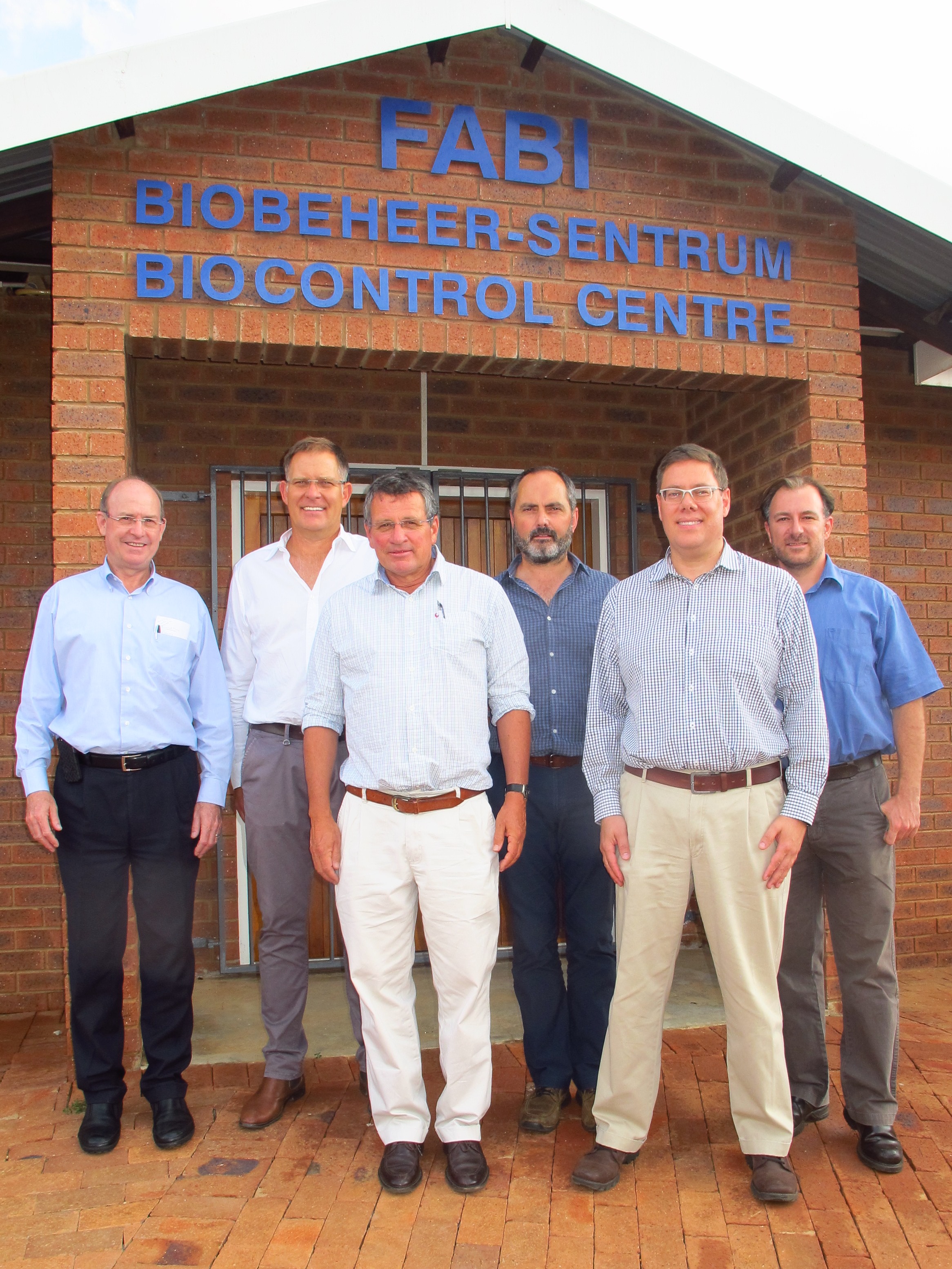 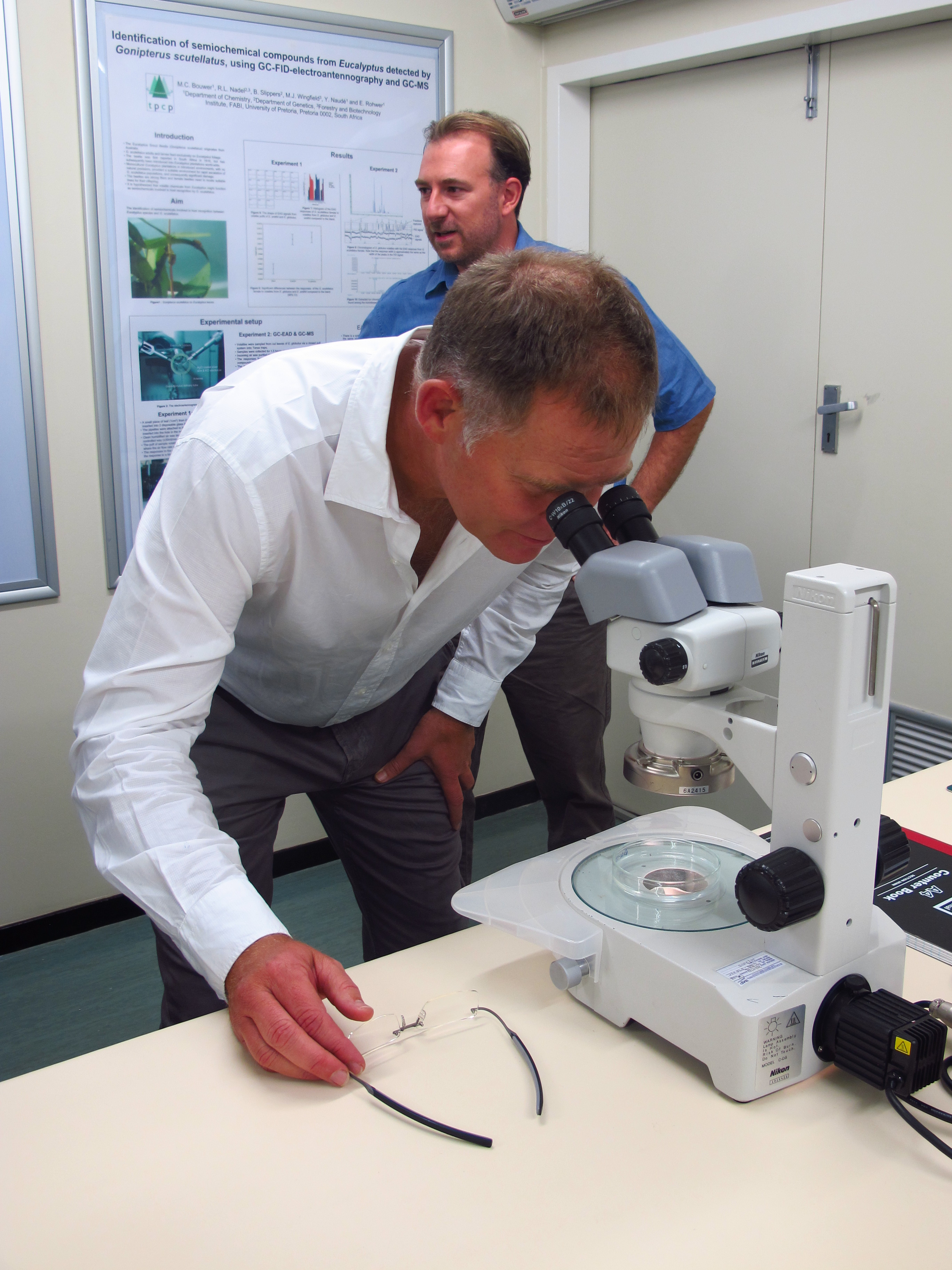 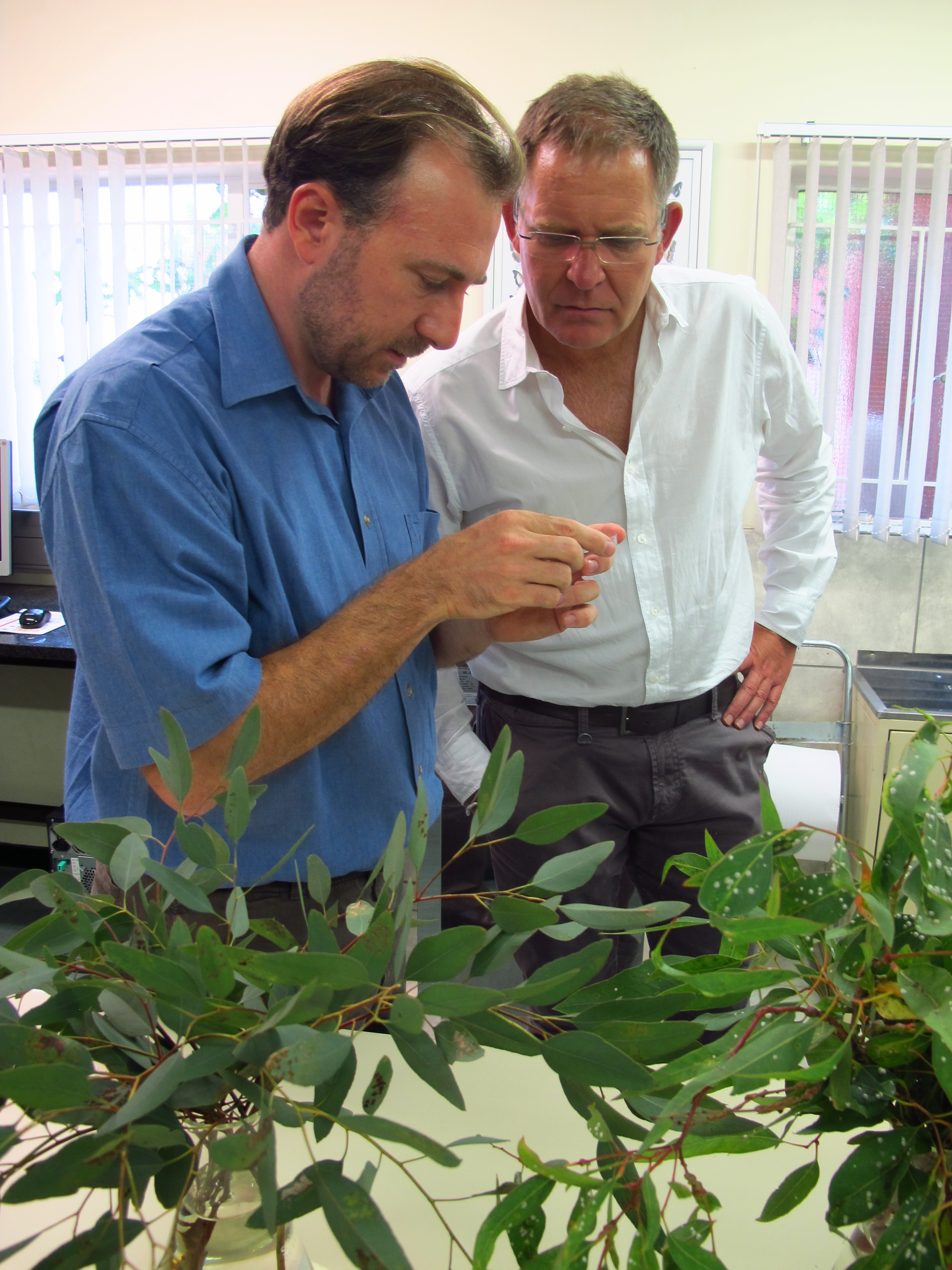 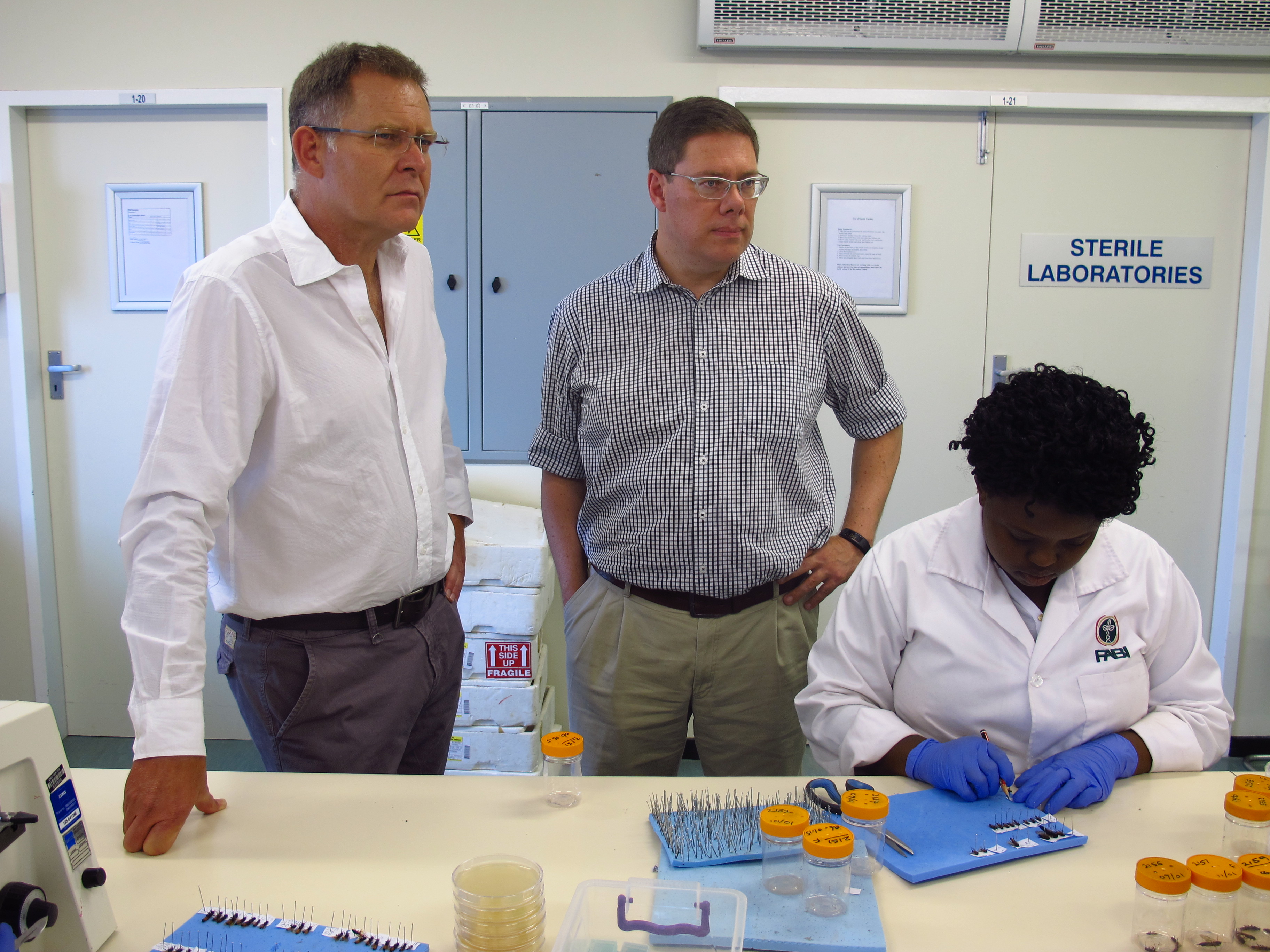 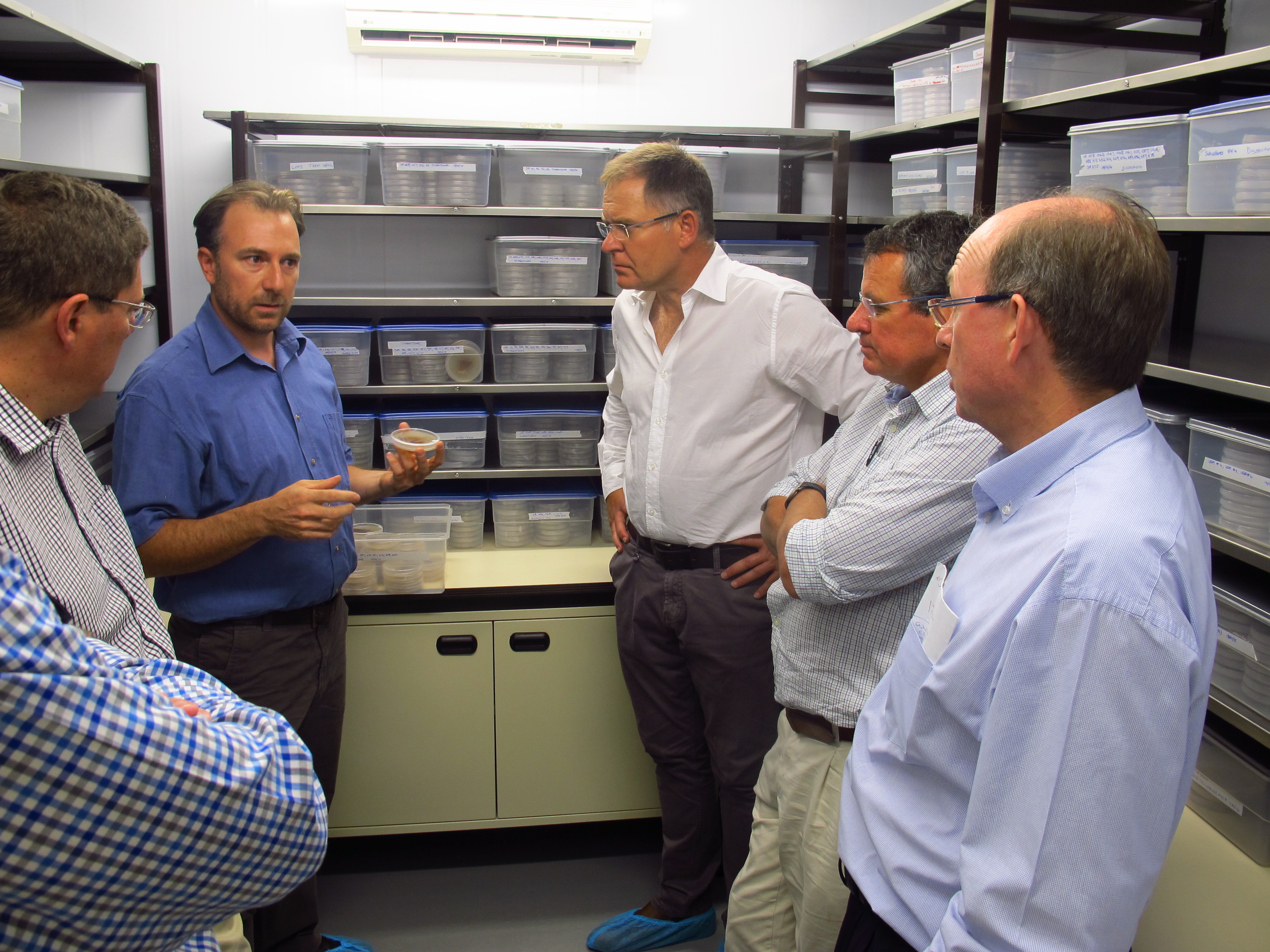 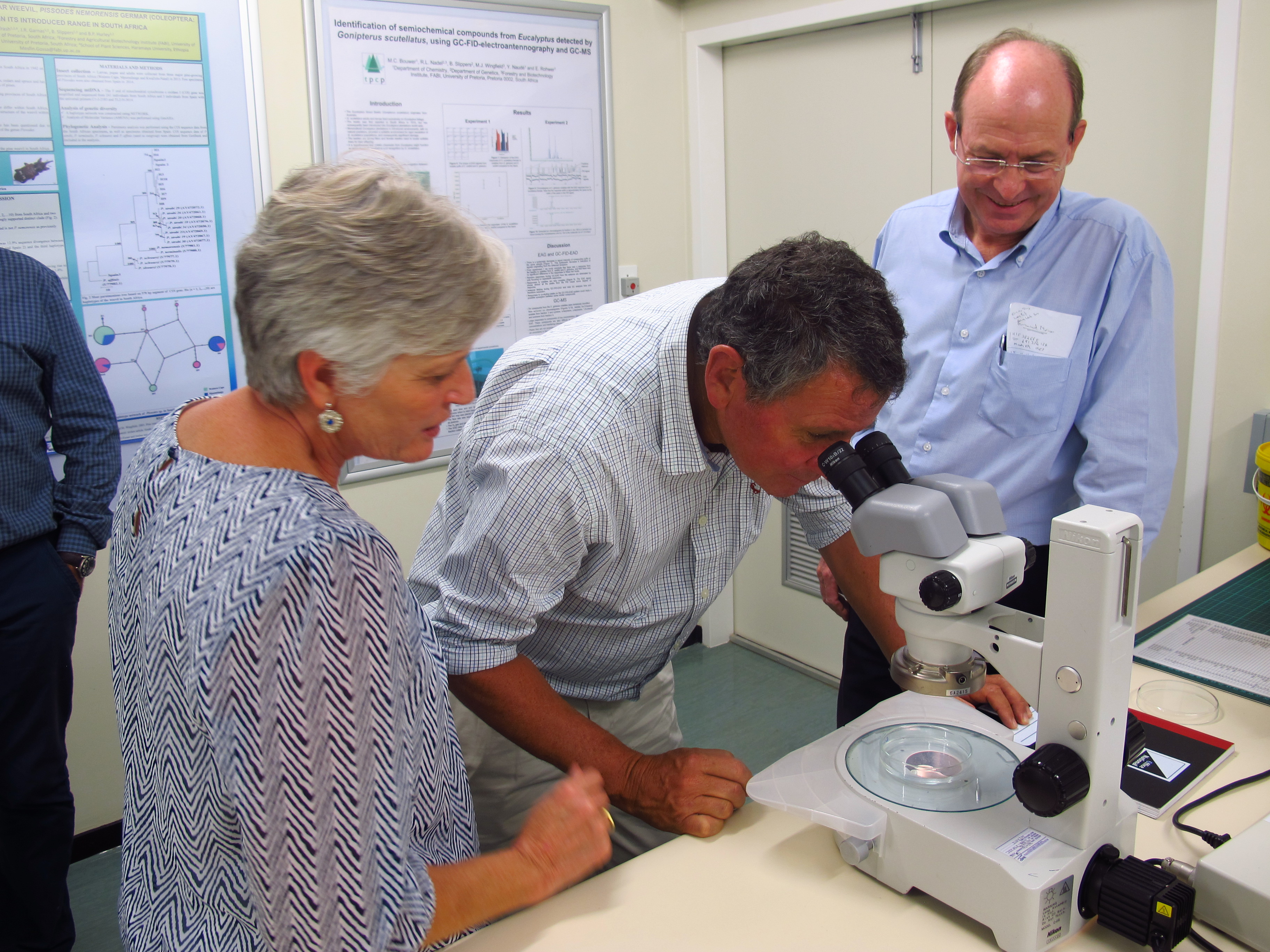 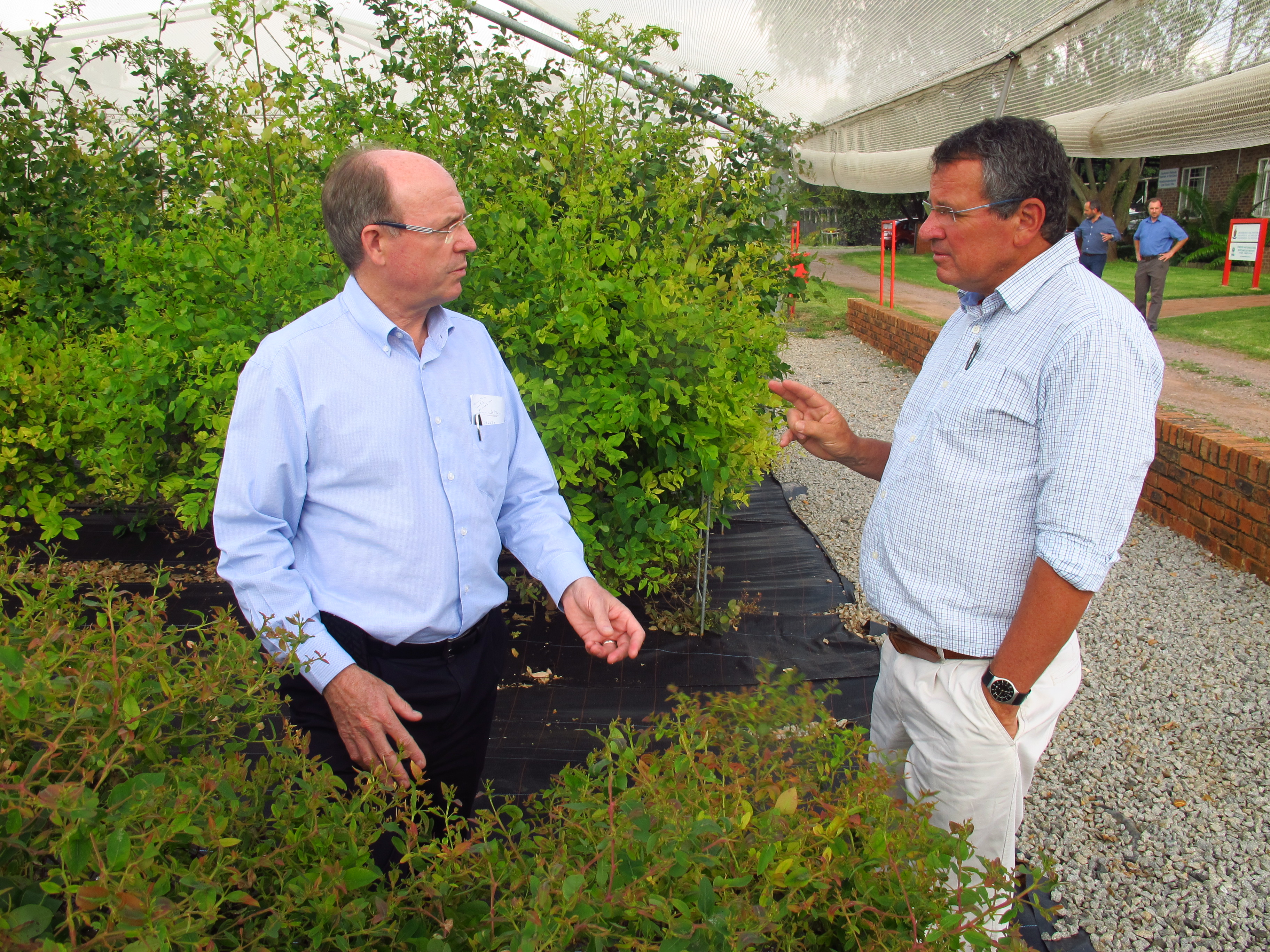 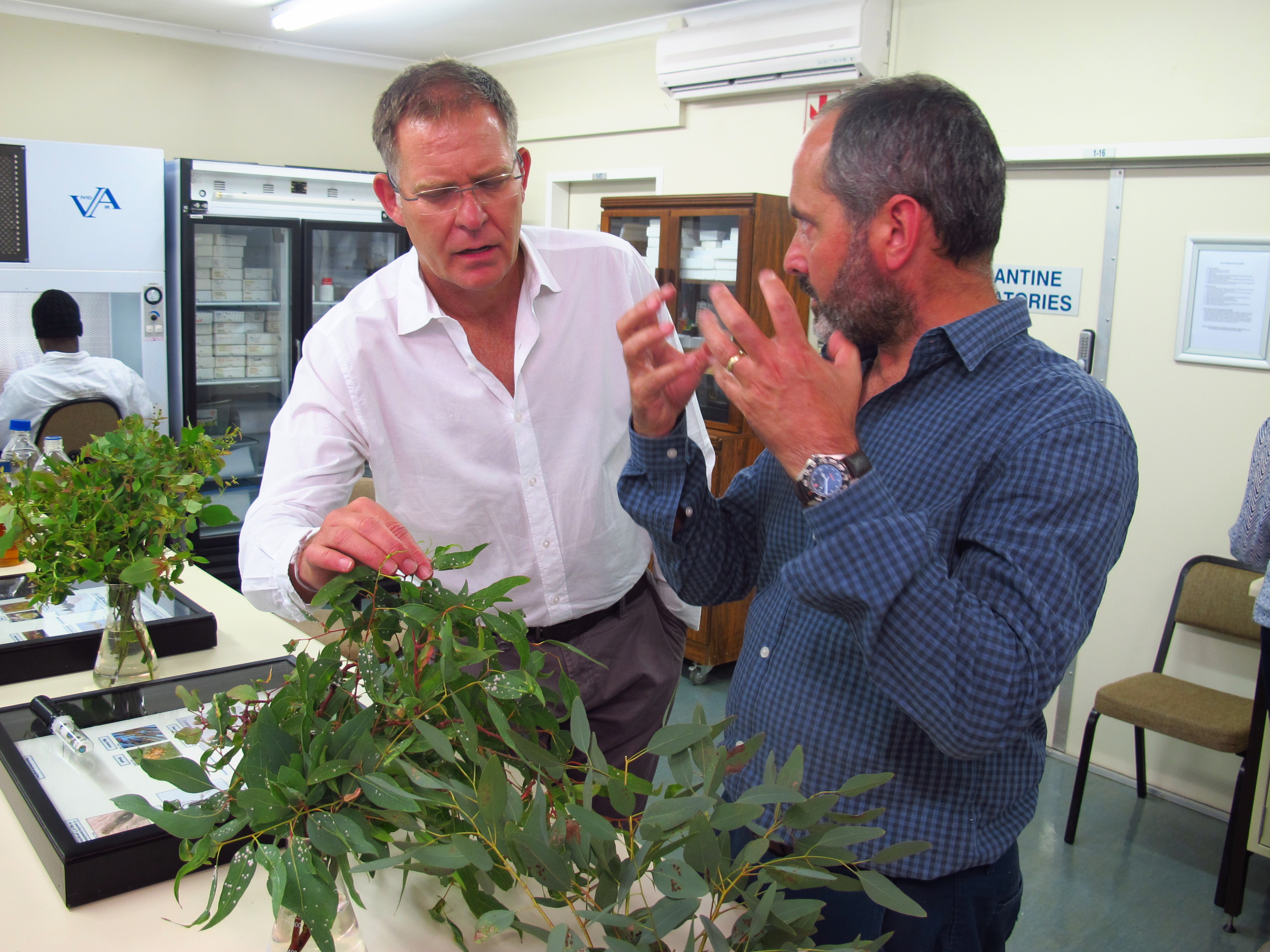 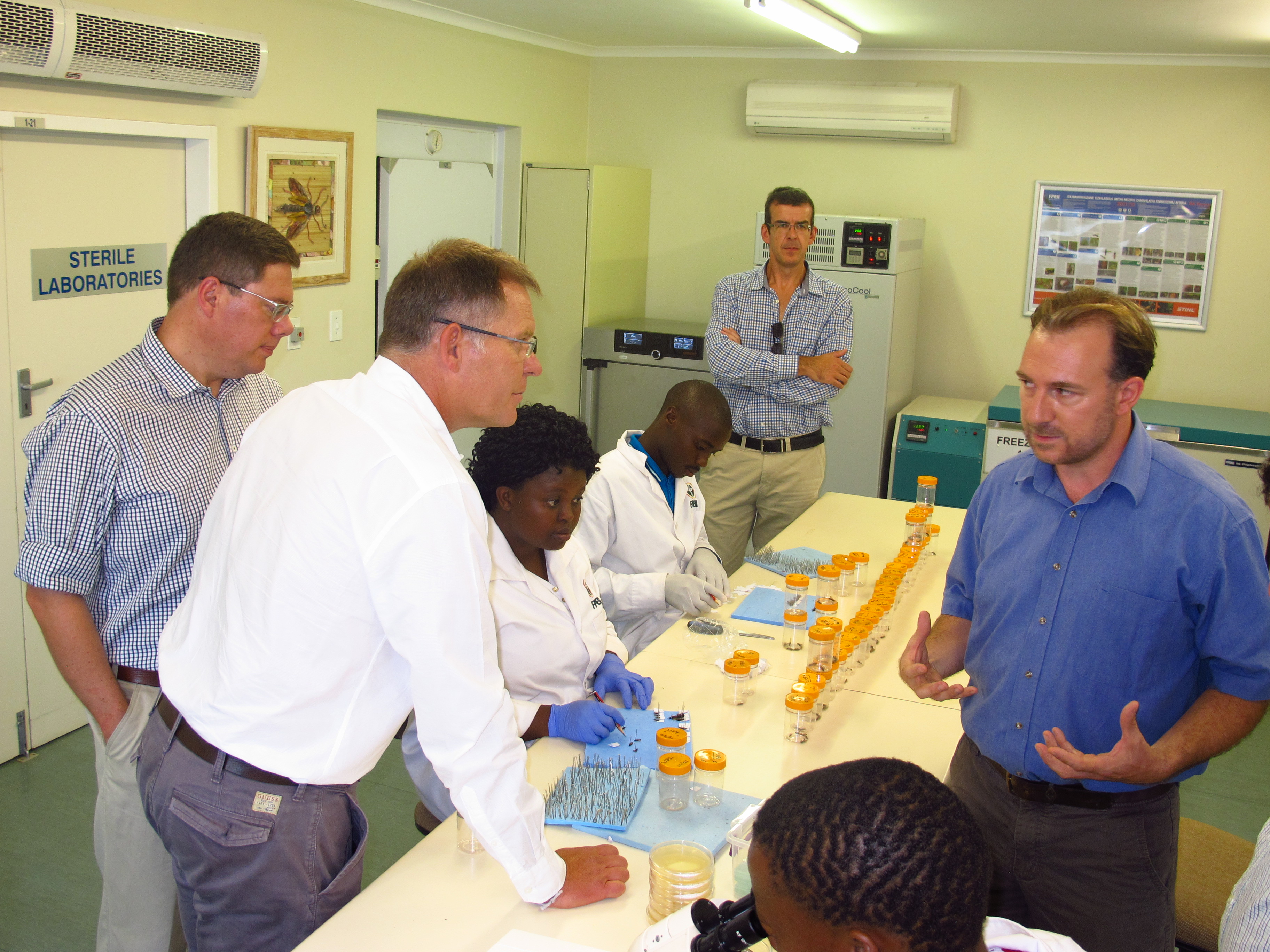 FABI was honoured to host York Timbers CEO, Piet van Zyl, on 15 January. He was joined by the Group Scientific Adviser, Eric Droomer, and Chief Financial Officer, Pieter van Buuren. The delegation met with FABI Director Prof. Mike Wingfield and members of the FABI Management Committee to discuss the role of FABI in forestry research in South Africa. The discussions were extremely fruitful in promoting a better understanding for the FABI leadership of the needs of the forestry industry, as York Timbers is one of the funding members of the TPCP. Similarly, the visit provided the York Timbers team with a better understanding of the services and expertise FABI and the TPCP have to offer, and gave them an introduction to the potential and realities of biological control of pests of forestry crops. The visit included a tour of FABI, as well as its Biocontrol Facilities at the UP research farm, where the team could see first-hand the research being done on tree pests and diseases.