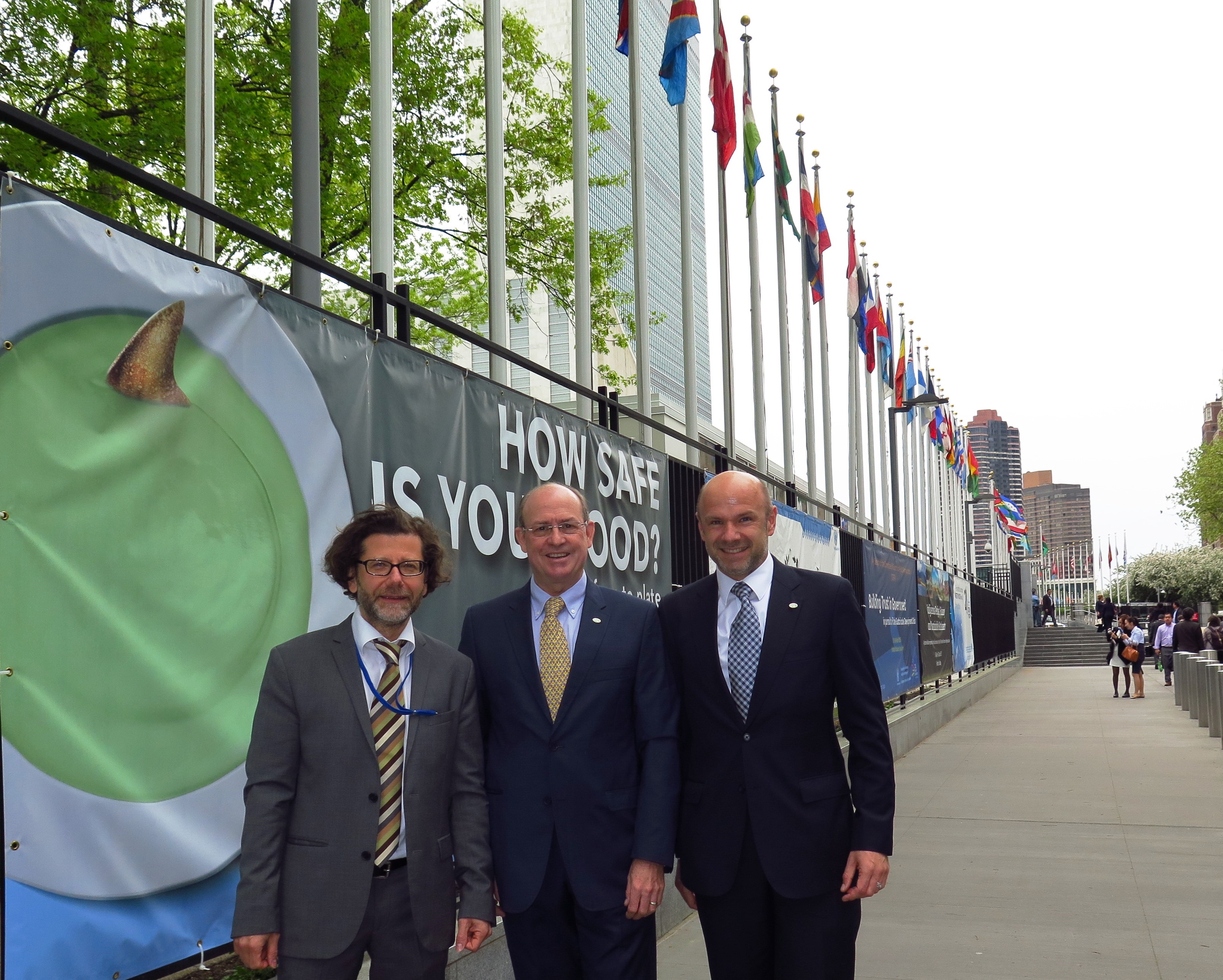 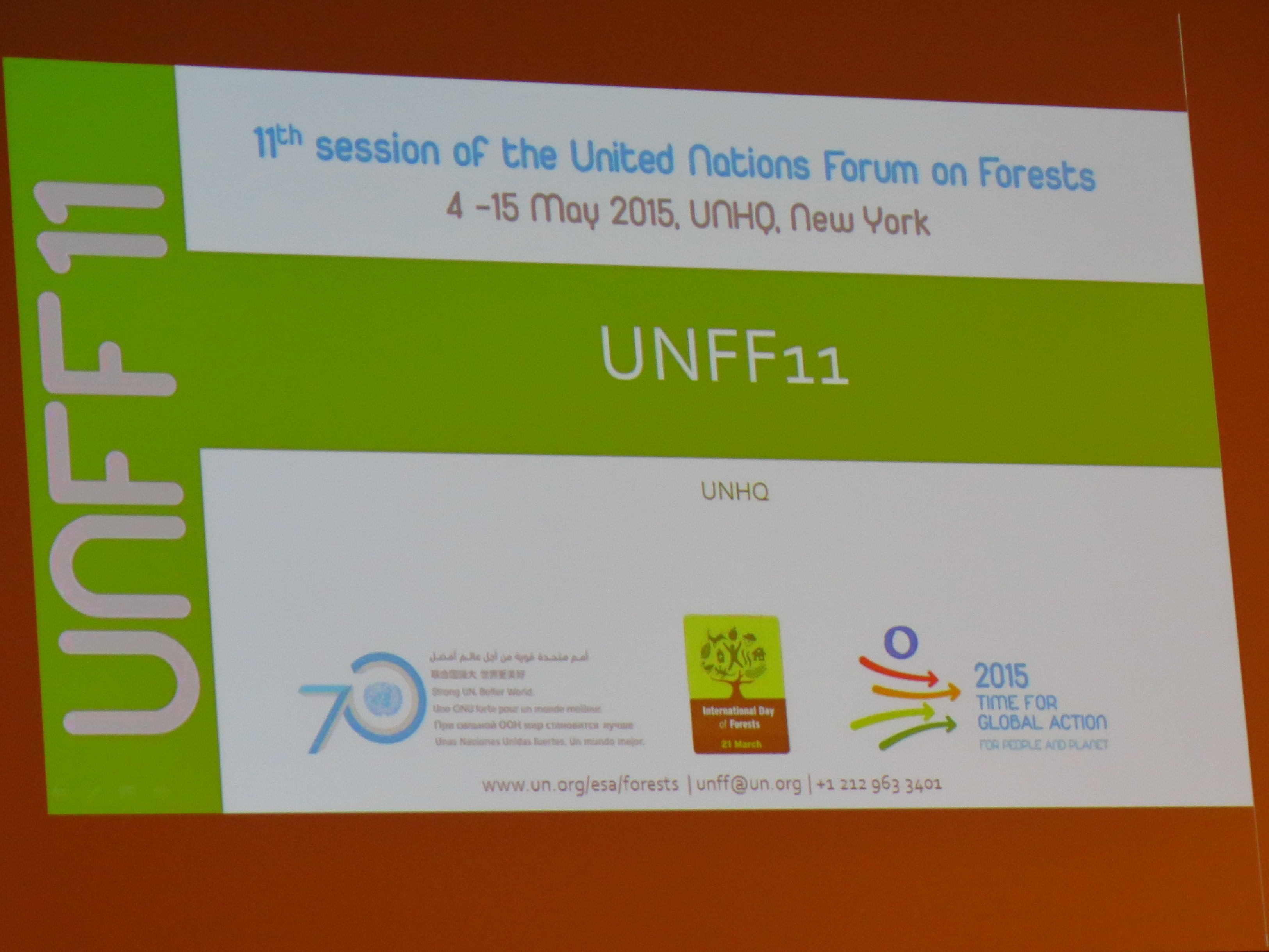 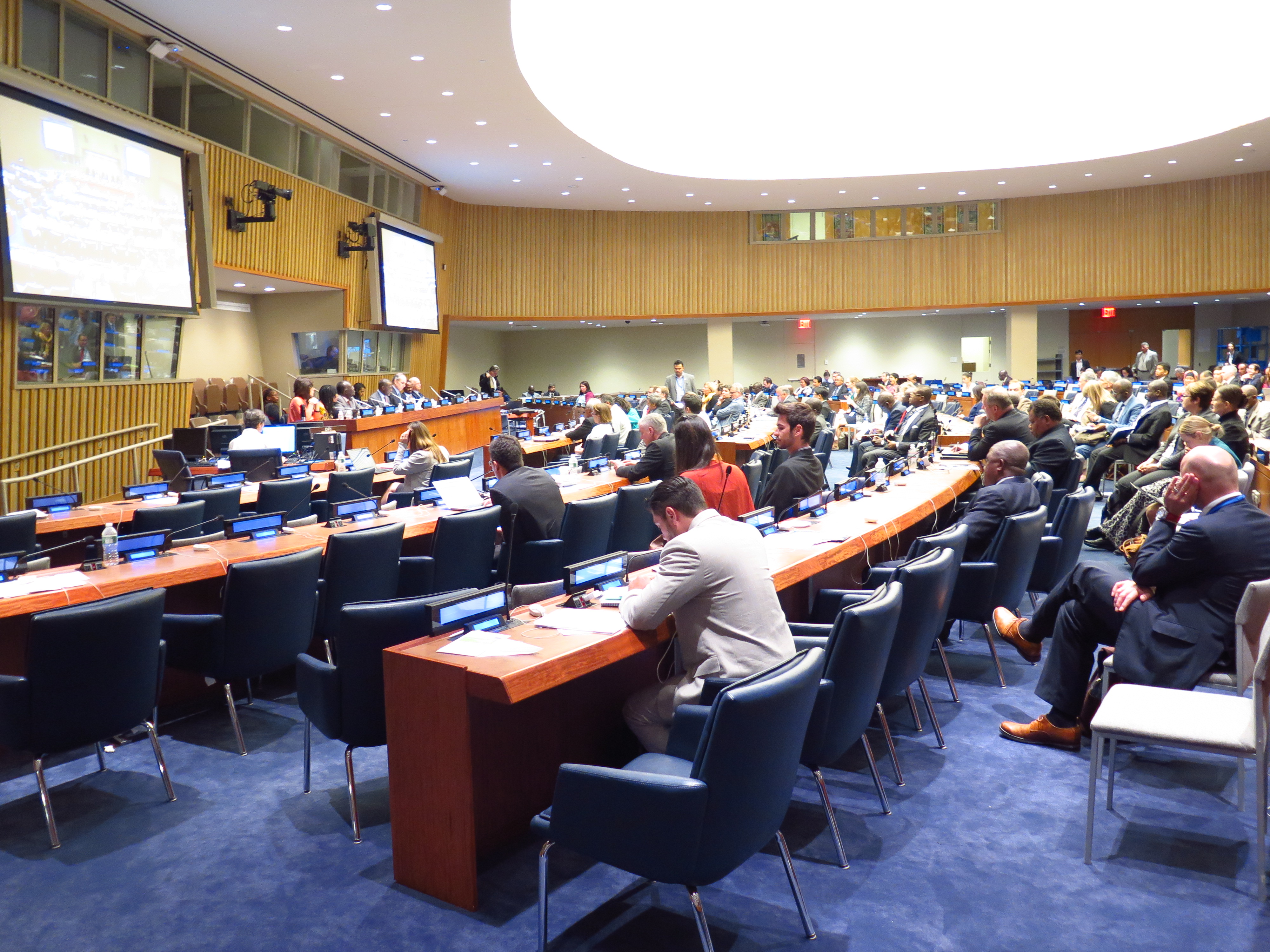 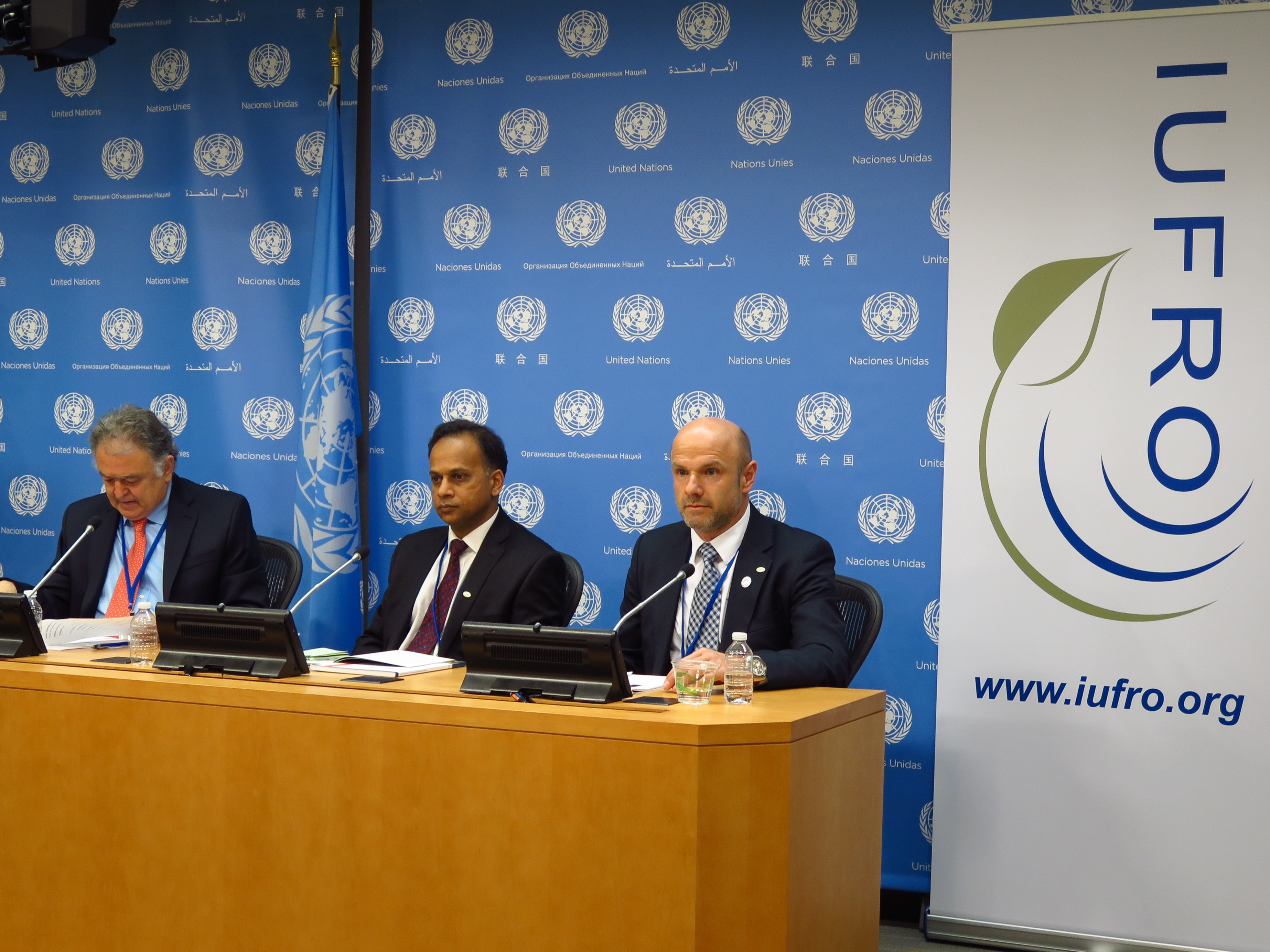 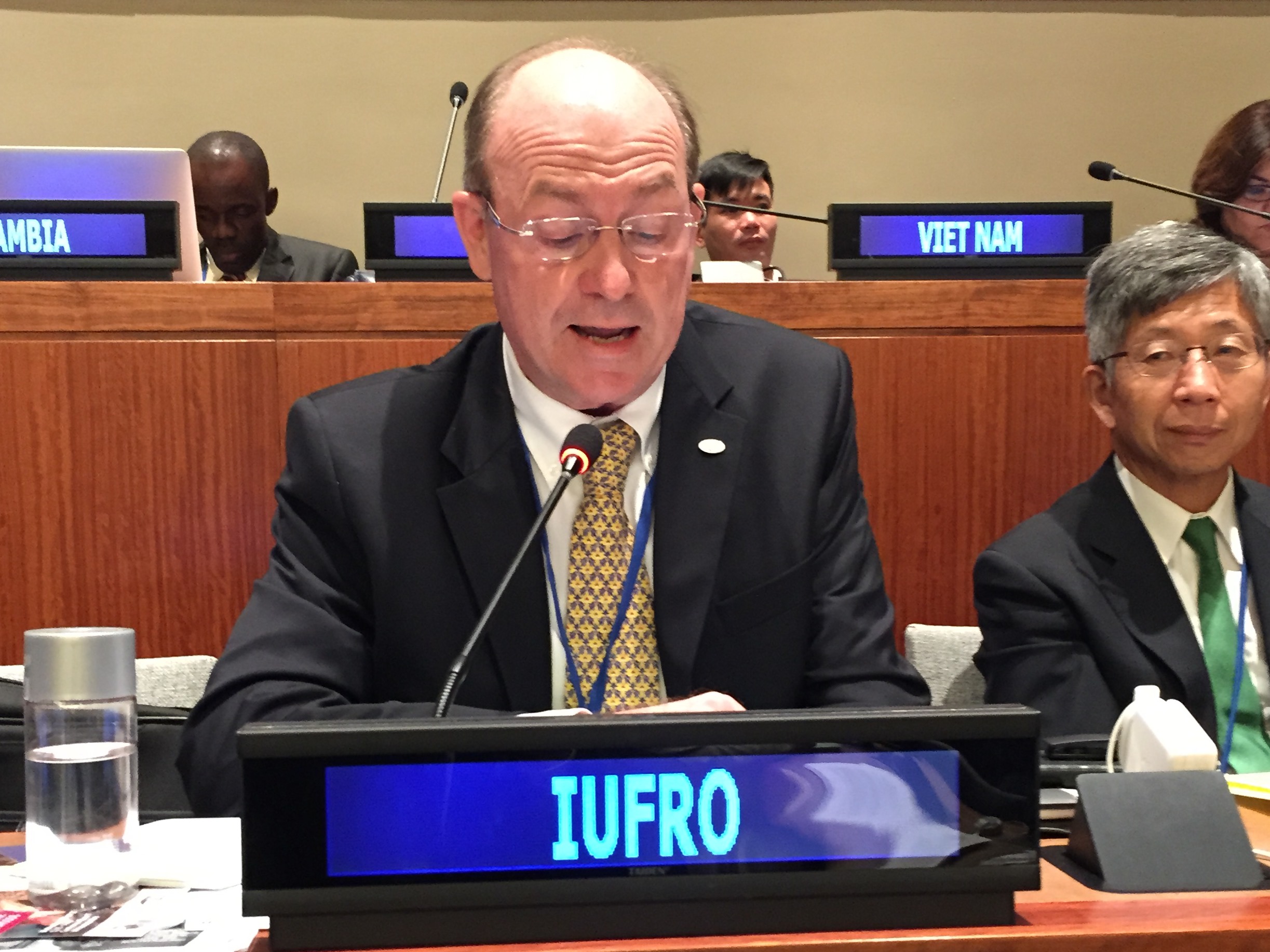 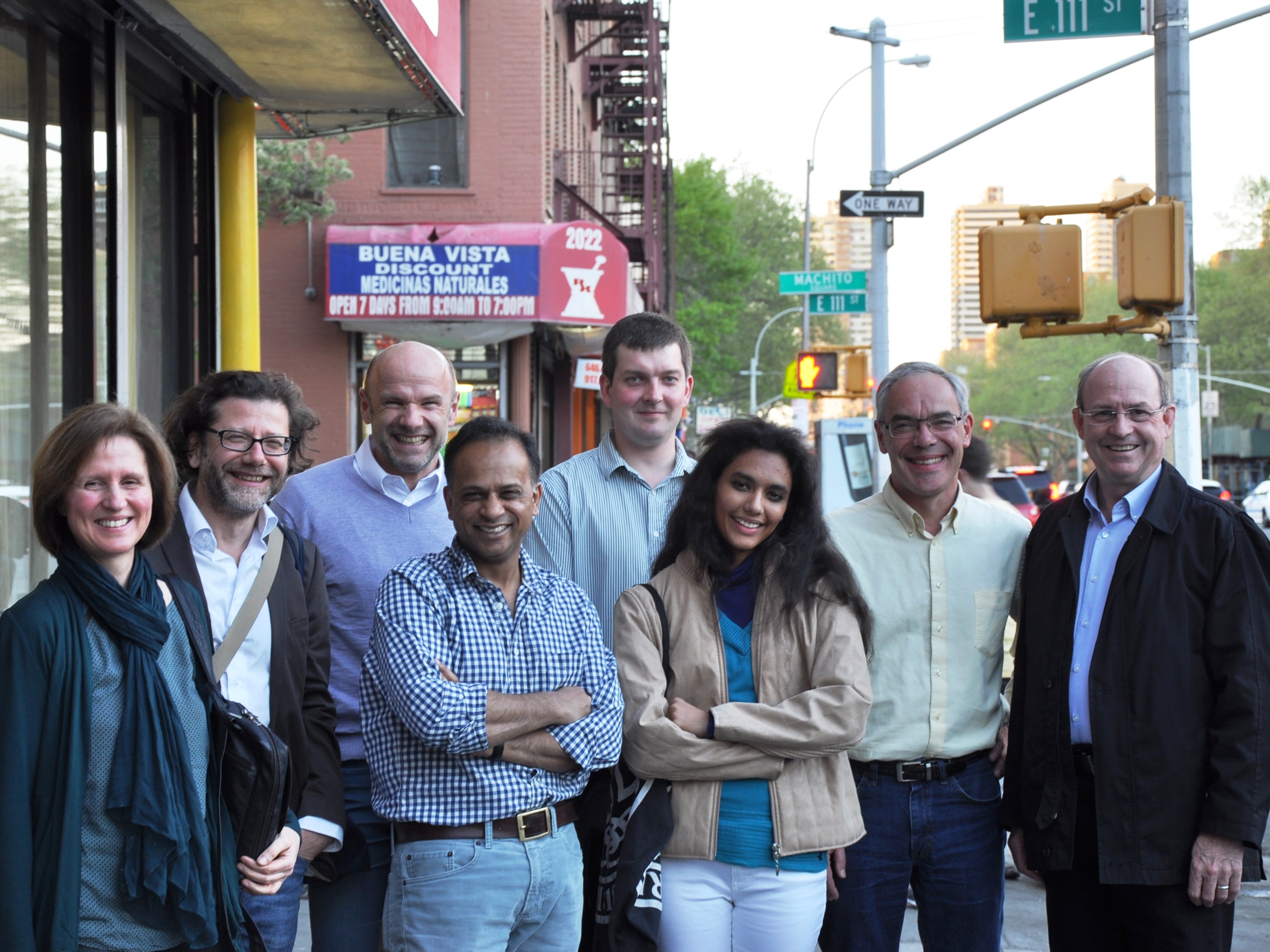 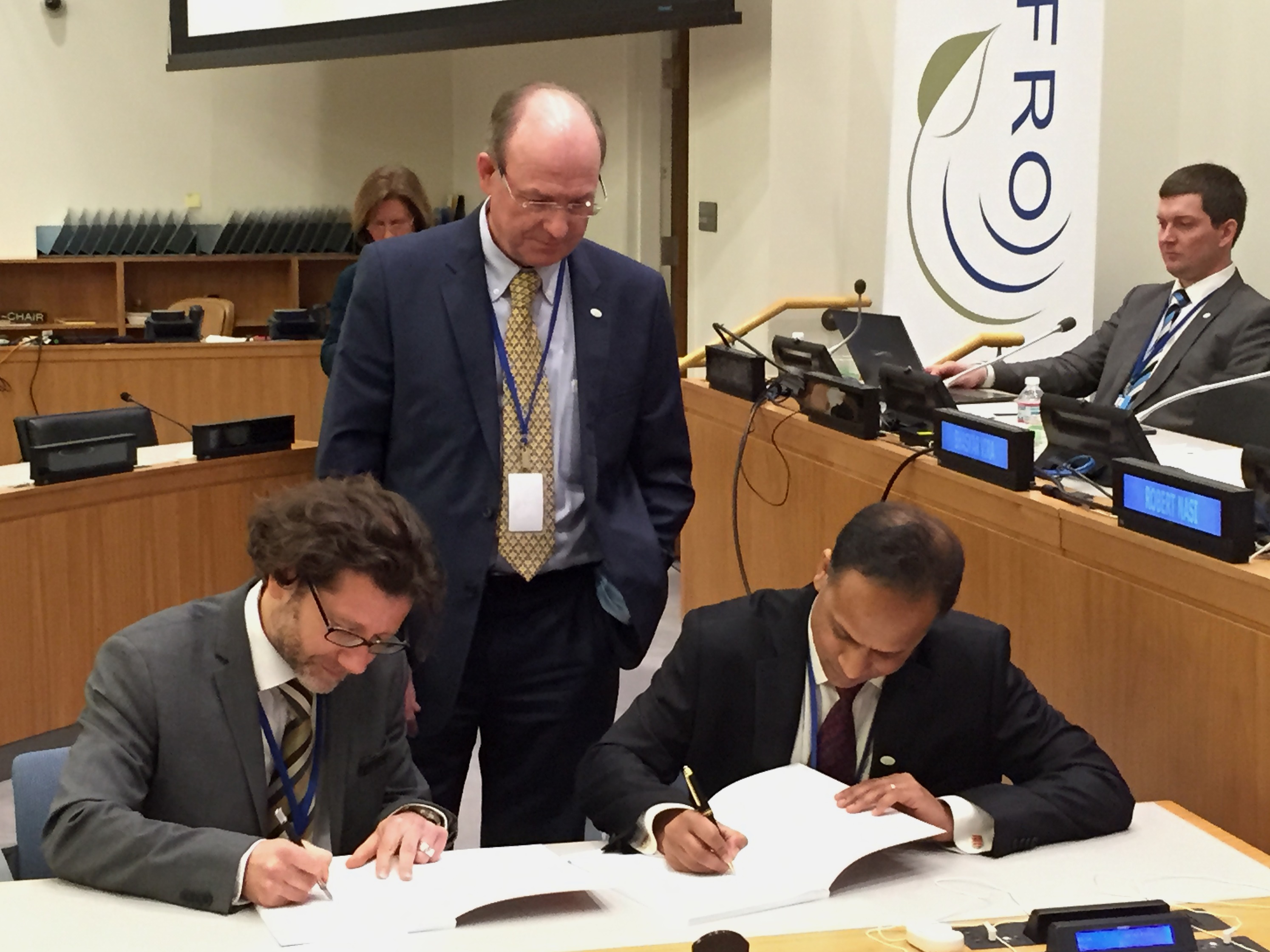 During the week of 3rd May, FABI Director Mike Wingfield attended and participated in the 11th session of the United Nations Forum on Forests in New York fulfilling part of his responsibilities as current IUFRO President. During the meeting Mike had the opportunity to meet and engage with key players in the Forum and especially to promote IUFRO’s role in the Collaborative Partnership on Forests (CPF) of which IUFRO is one of the 14 members, together with for example the World Bank, the FAO etc. During the meeting IUFRO was proud to be able to launch its special report “Forests, trees and landscapes for Food Security and Nutrition” an important product of the Global Forest Expert Panels (GFEP) co-ordinated by IUFRO. GFEP co-ordinator Dr. Christof Wildburger led the production of this report with Dr. Bhaskar Vira of the University of Cambridge (UK), which has already gained substantial media coverage. Other than chairing a side event to launch the GFEB report, Mike’s role in the meetings included presenting IUFRO’s statement to the Member Groups of the UNFF and to attend meetings with for example the student delegation linked to the International Forestry Students Association (IFSA).