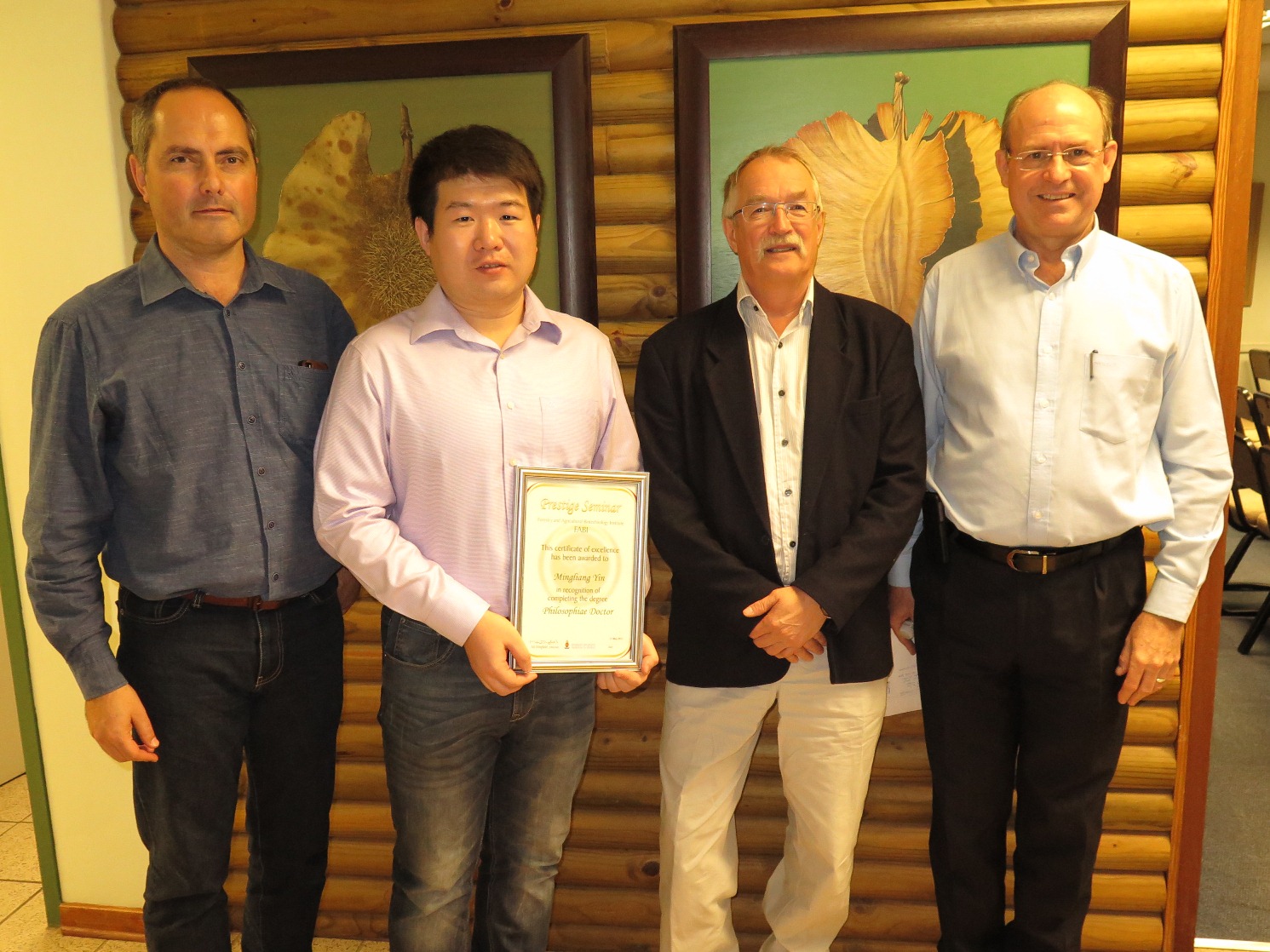 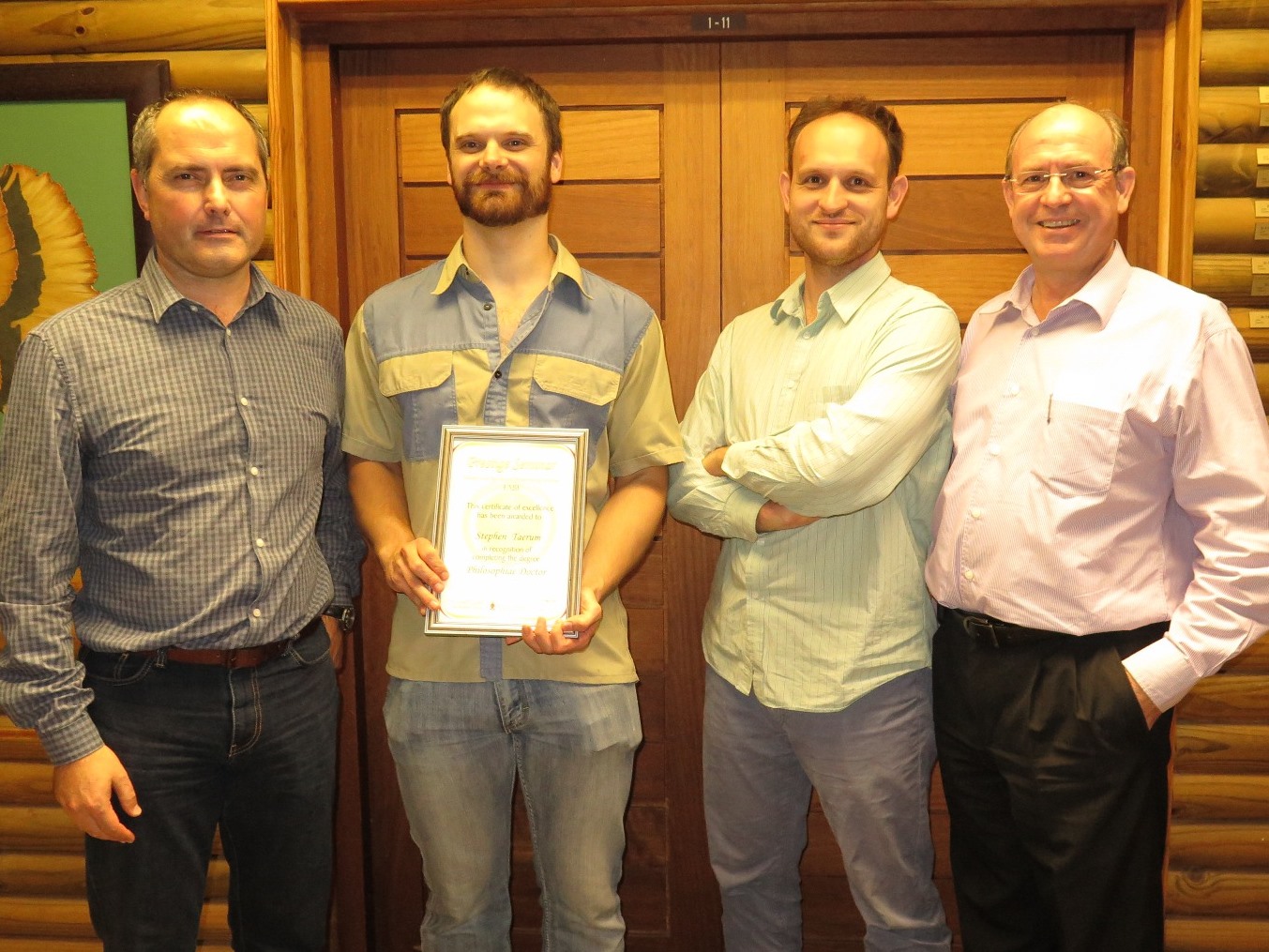 FABI would like to congratulate both Mingliang Yin and Stephen Taerum on presenting their prestige seminars and successfully passing their PhD examinations this past week.

Minliang’s primary supervisor was Dr. Wilhelm de Beer with co-supervisors Dr. XuDong Zhou and Prof. Mike Wingfield. The external examiner for his defence was Prof. Halvor Solheim, a senior researcher in forest pathology at the Norwegian Forestry and Landscape Institute (Norsk Institutt For Skog Og Landskap). His PhD was entitled “Taxonomic revision of four major species complexes in the Ophiostomatales (Fungi, Ascomycota), with specific reference to associates of conifer-infesting bark beetles in China”.

Stephen Taerum was under the primary supervision of Prof. Mike Wingfield with Dr. Wilhelm de Beer as co-supervisor. Stephen’s external examiner was Prof. Jiri Hulcr of the School of Forest Resources and Conservation at the University of Florida. The title of his PhD was “Origin and diversity of the invasive red turpentine beetle and its fungal symbionts”.

Mingliang is looking forward to return to China to be with his wife and young daughter while Stephen will continue his research activities at FABI.