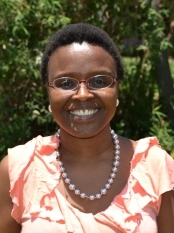 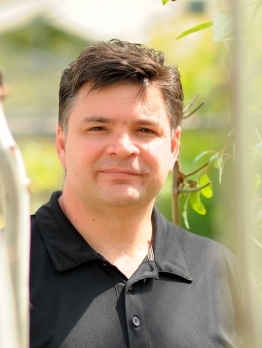 During the past week the finalists for the highly-acclaimed 2014/15 NSTF–BHP BILLITON Awards were announced. Two FABI staff members are among the nominees for the 2015 'Science Oscars' recognizing, celebrating and rewarding excellence in Science, Engineering, Technology & Innovation in South Africa.

Dr Lucy Moleleki was nominated for the TW Kambule Award for Emerging Researchers (Post-docs in a period of up to 6 years after award of a PhD or equivalent in research). Lucy is a Senior Lecturer in the Department of Microbiology and Plant Pathology, and leader of the Bacterial Genomics and Host Pathogen Interactions Group in FABI.

Prof. Zander Myburg was nominated for the TW Kambule Award for Research and its outputs over the last 5–10 years by an individual. Zander is Professor in the Department of Genetics and leader of the Forest Molecular Genetics (FMG) group in FABI.

The prestigious 2014/15 NSTF-BHP Billiton Award gala dinner will take place on Thursday, 9 July 2015. The winners will be announced by the Minister of Science and Technology, Ms Naledi Pandor, who is the Patron of the awards. The event is a prestigious community affair attended by the ‘who’s who’ of SETI to honour the finalists. FABI congratulates our two nominees and we believe they will each bring a coveted trophy home!