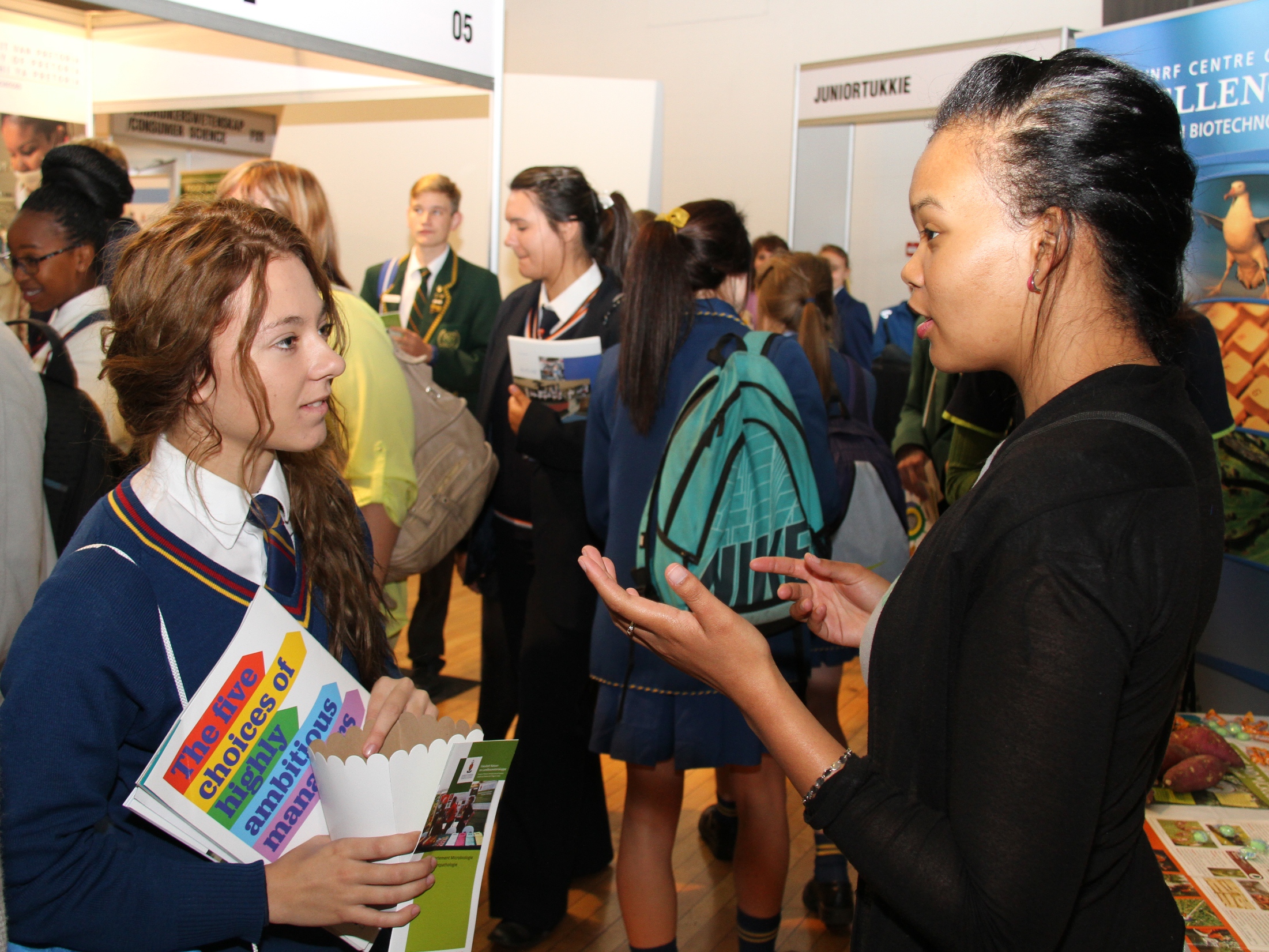 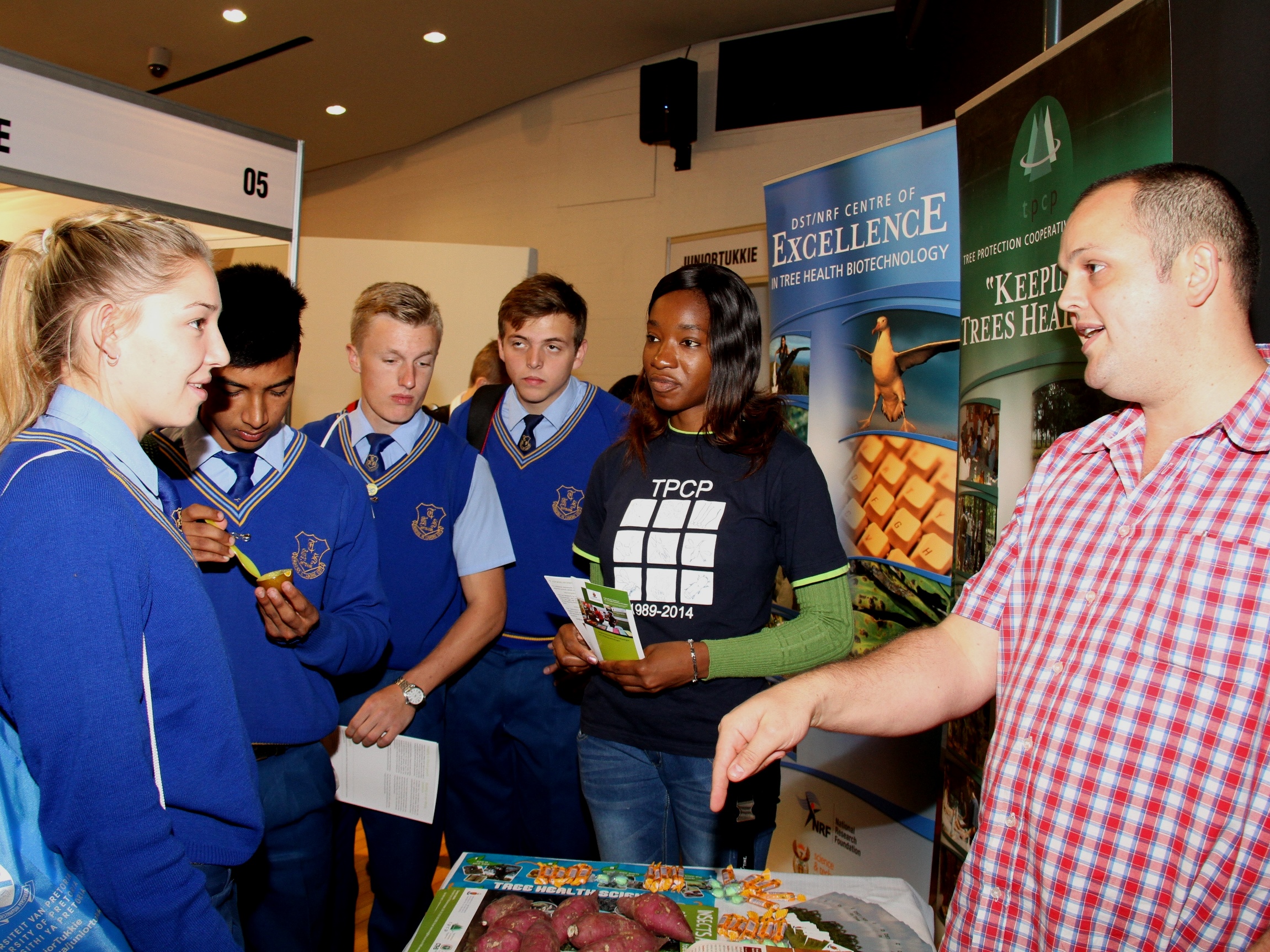 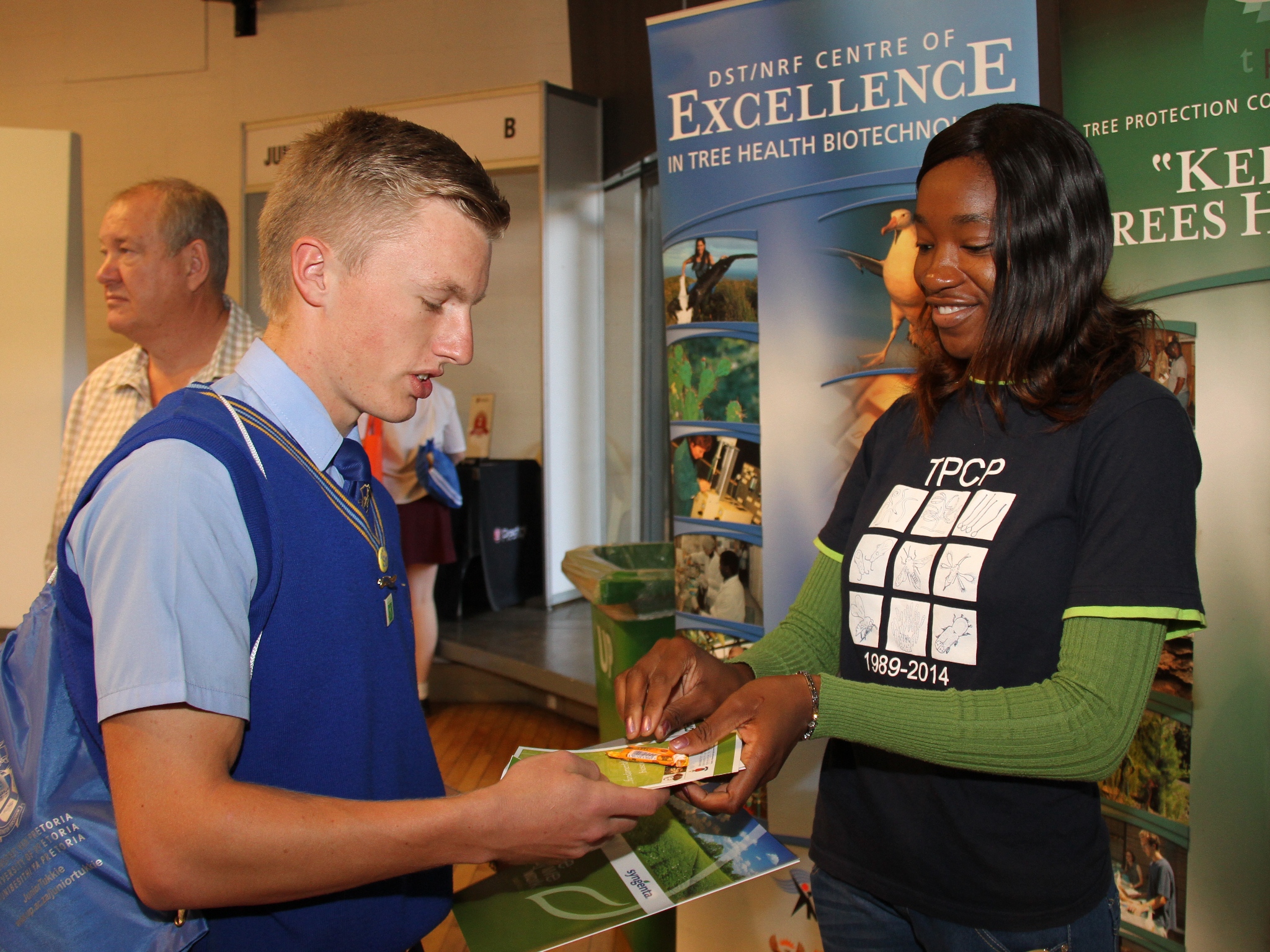 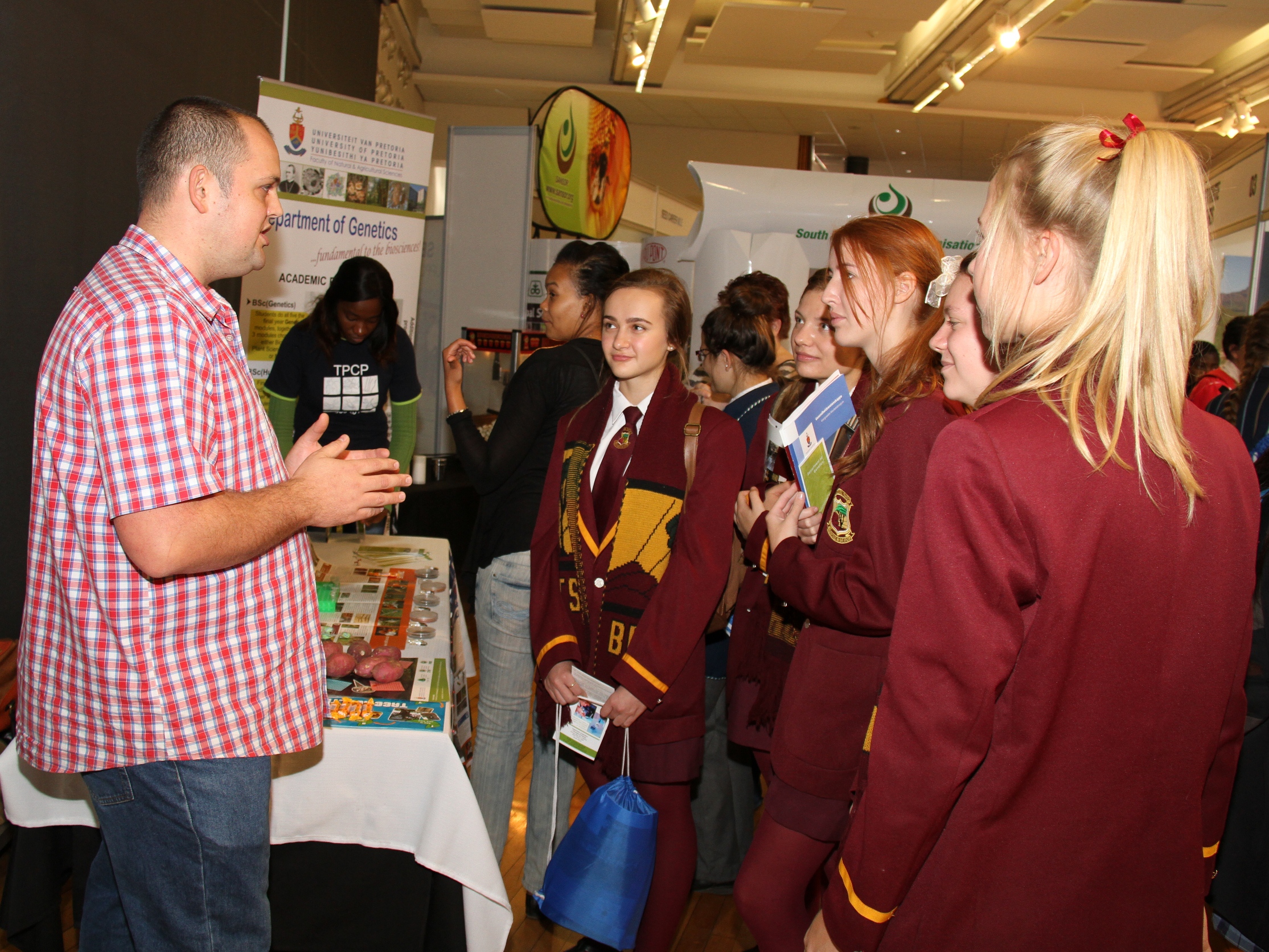 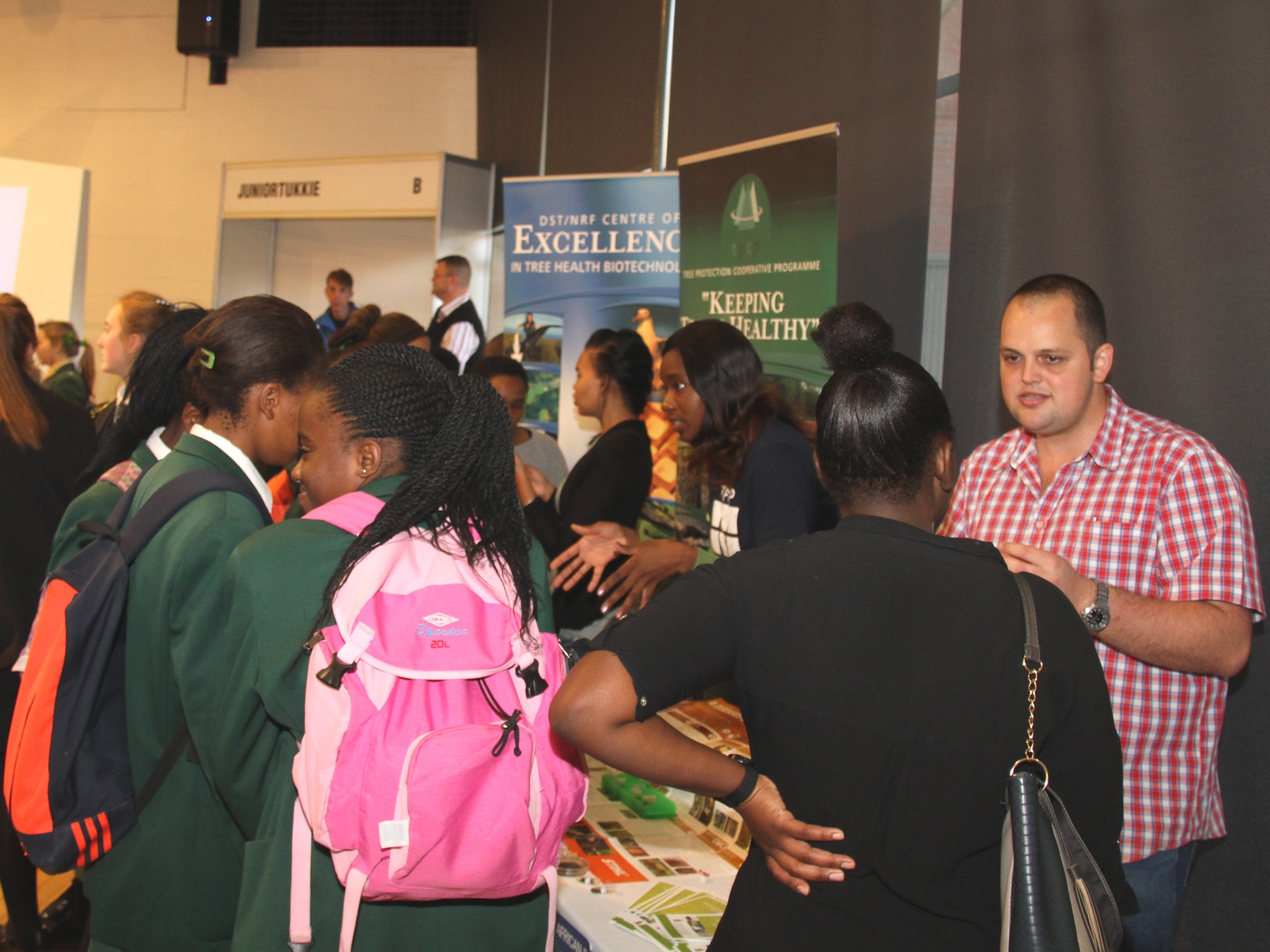 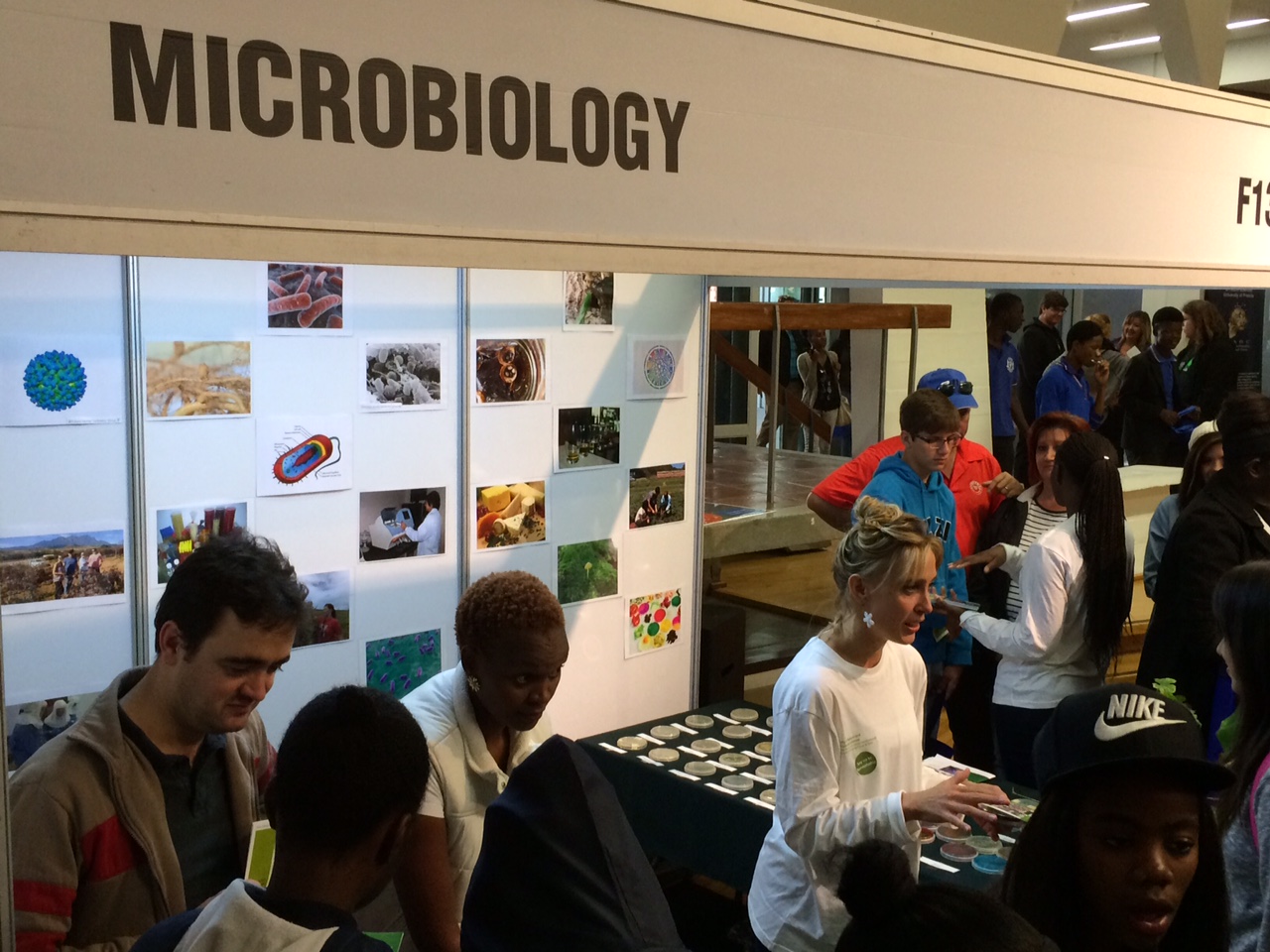 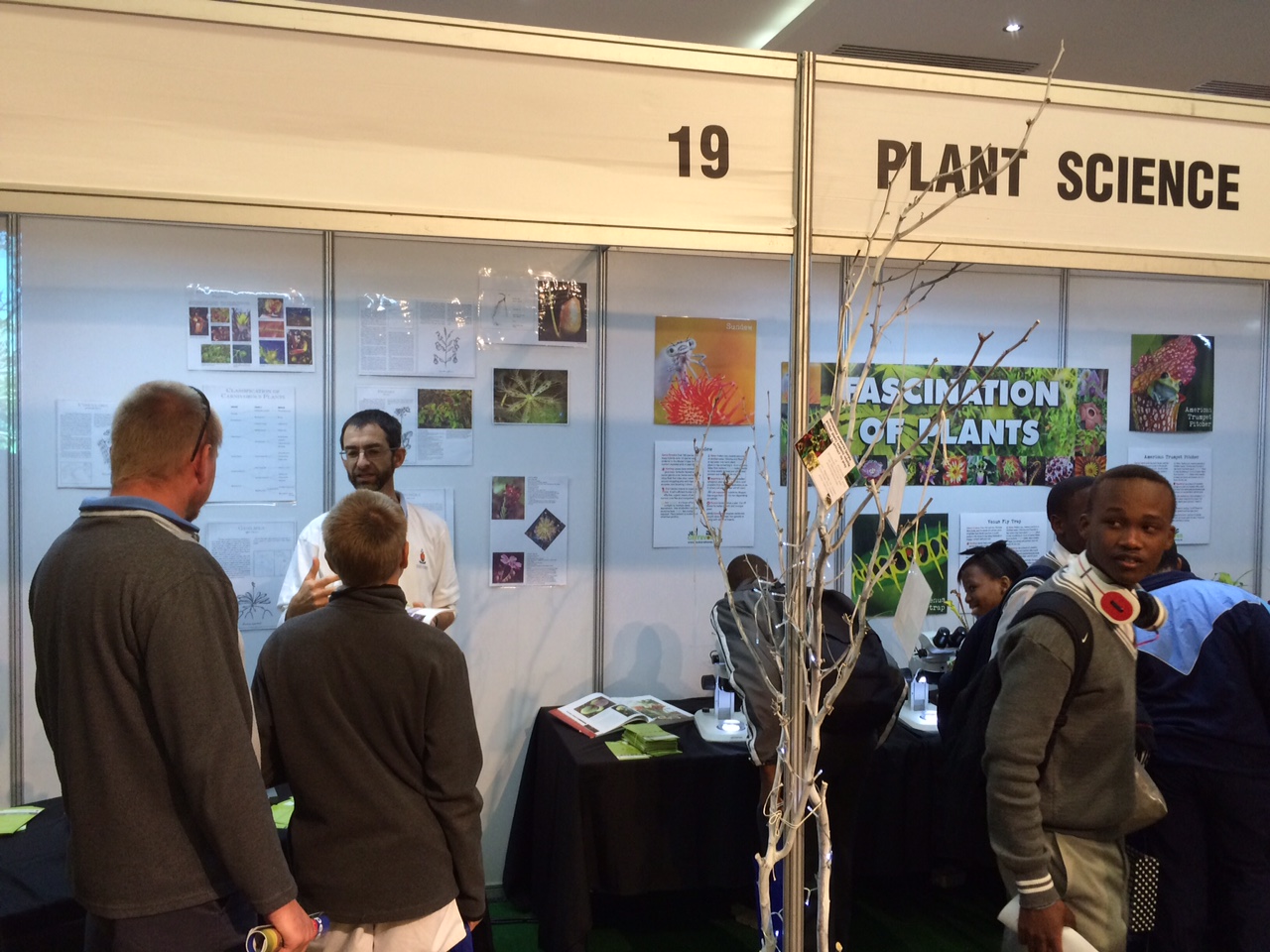 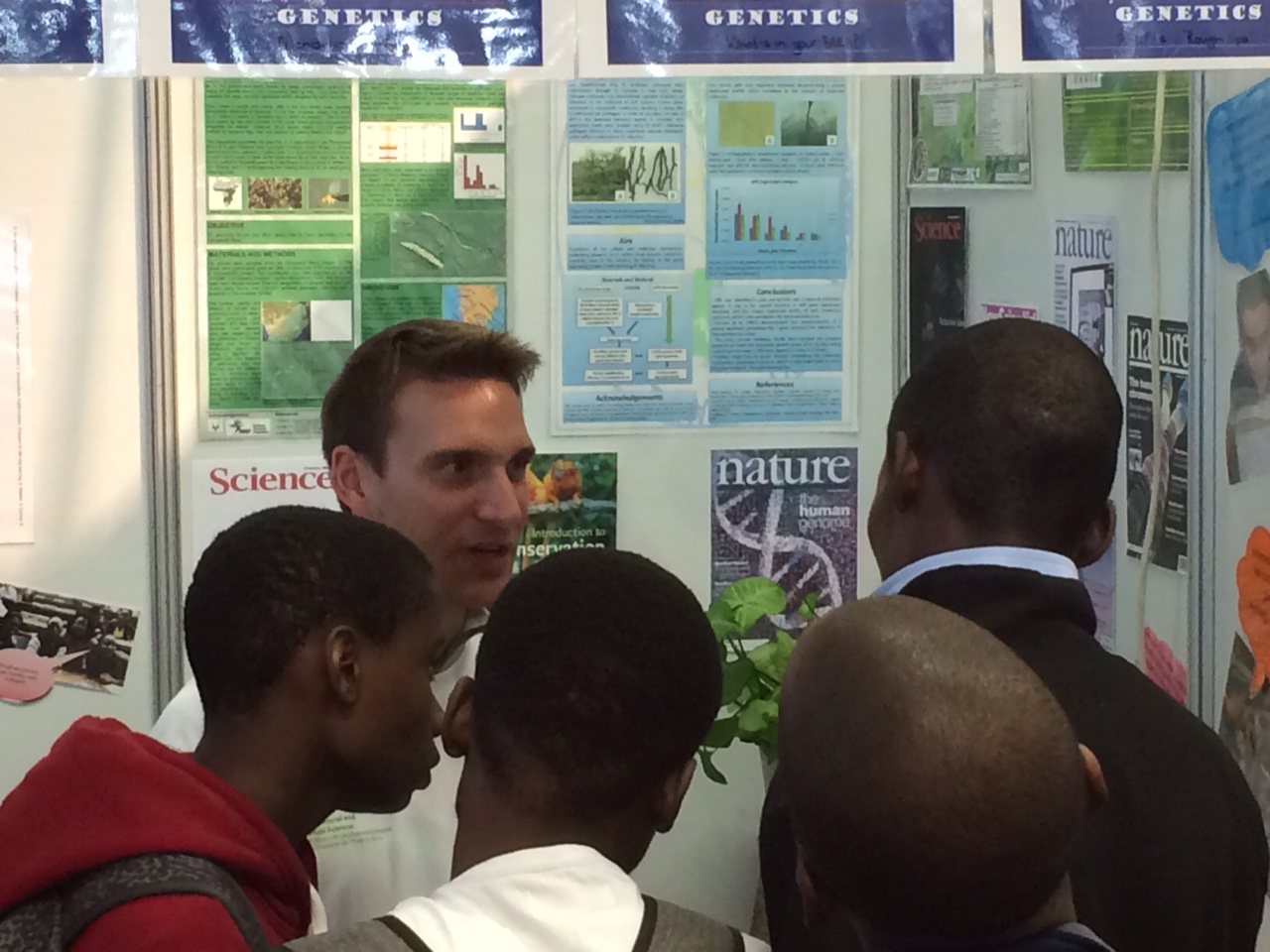 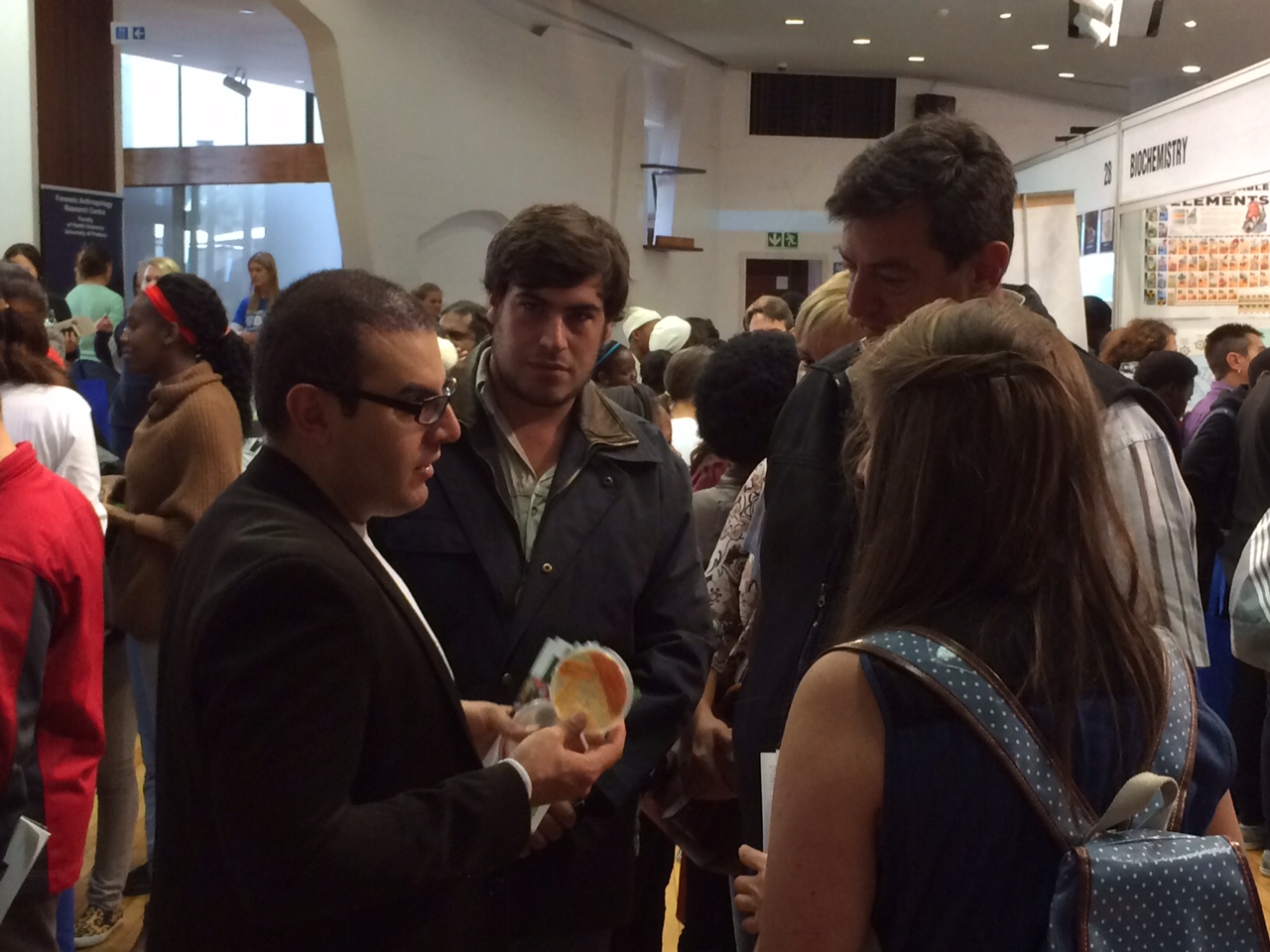 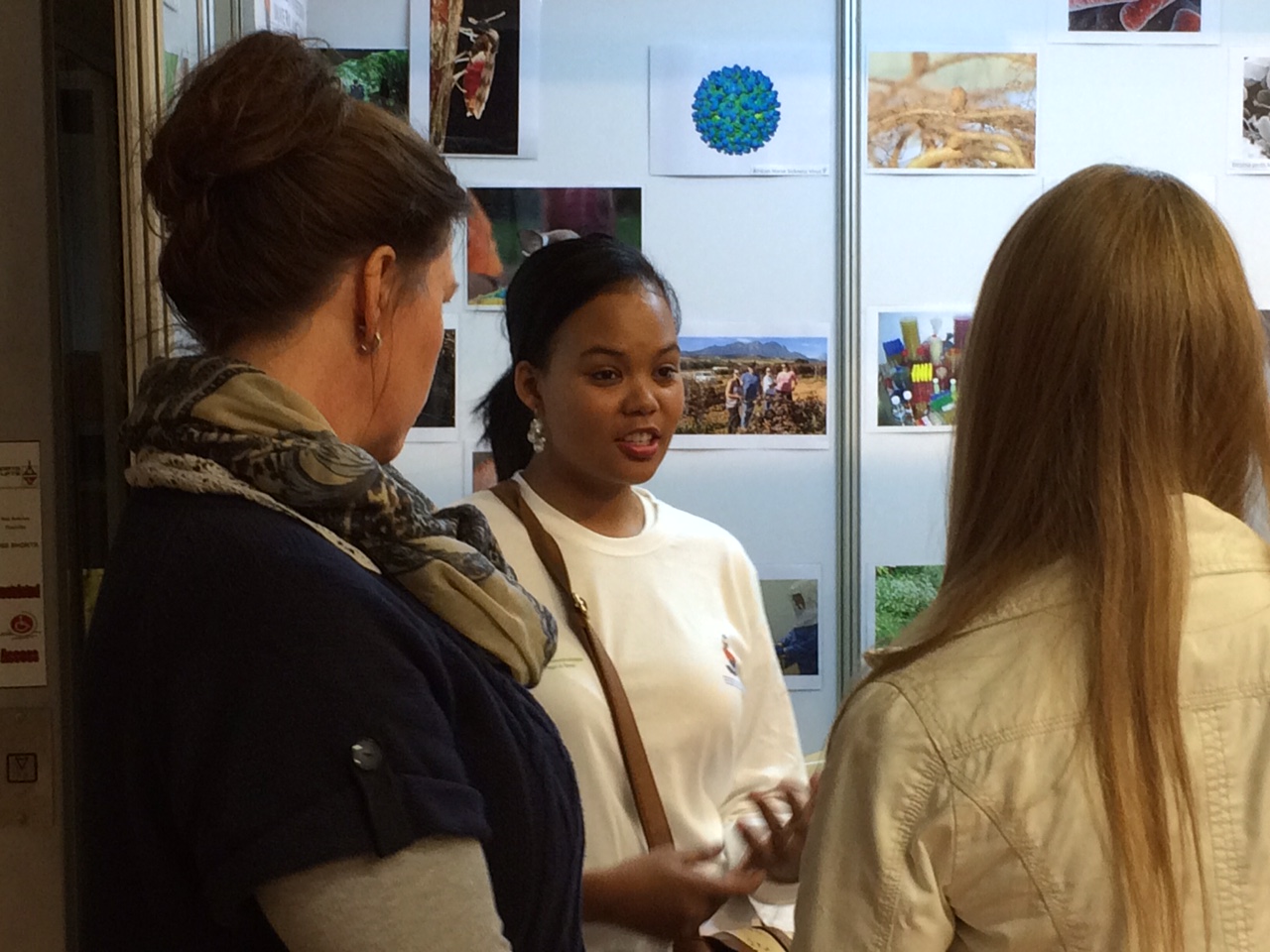 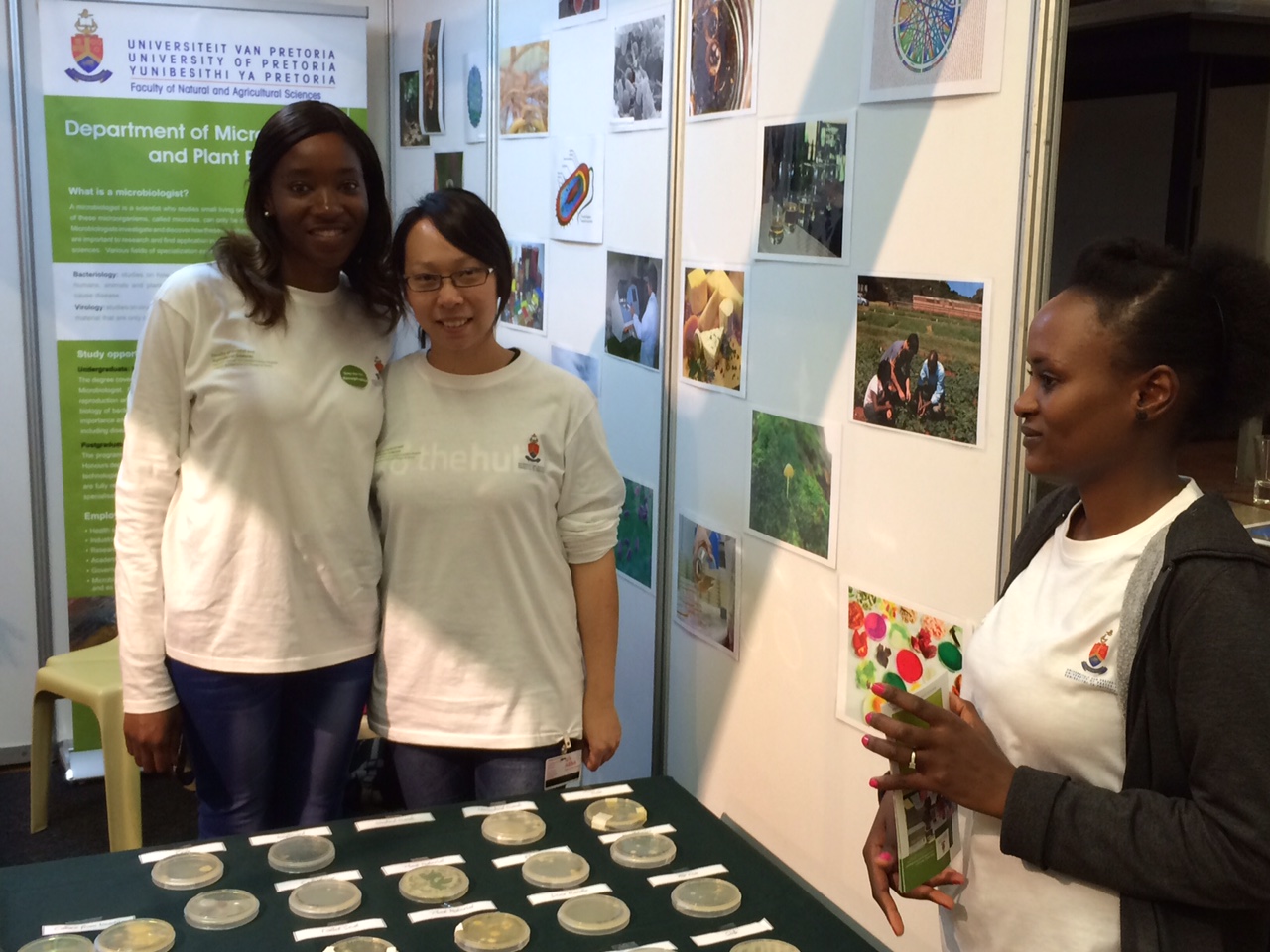 During the past few weeks the University of Pretoria opened its doors to high school learners in search of their future careers. Many FABI students and staff members participated in two events to share their passion and experiences about a possible career in science.

The first event was the 2015 PMA Agri-Food Career Fair on 21 and 22 May. The career fair is an initiative of the Produce Marketing Association, the UP Faculty of Natural & Agricultural Sciences, JuniorTukkie and the UP Graduate Career office. Held every year, the fair showcases different career and study opportunities in the agricultural and food sciences for high school learners and undergraduate university students.

Deputy Minister of Agriculture, Forestry and Fisheries, General Bheki Cele, opened the fair and urged learners to apply for departmental bursaries and to pursue studies in agriculture. He said more youth involvement in agriculture would help relieve the plight of nearly 14 million South Africans who instead of three meals a day survive on “one meal every three days”.

The second event was the UP Open Day, also an annual event where all faculties and departments on campus showcase their programmes to prospective students. On 31 May the campus was swarmed with thousands of learners and their (often concerned) parents. Many of these walked through the exhibitions of the Departments of Genetics, Microbiology and Plant Pathology, Plant Sciences, and Entomology, where the FABIans took turns to man (and woman!) the exhibits.

After hours of fielding questions from eager learners and students, the FABI team was confident that they had lured several future scientists and researchers to one day become part of the fabulous FABI team.