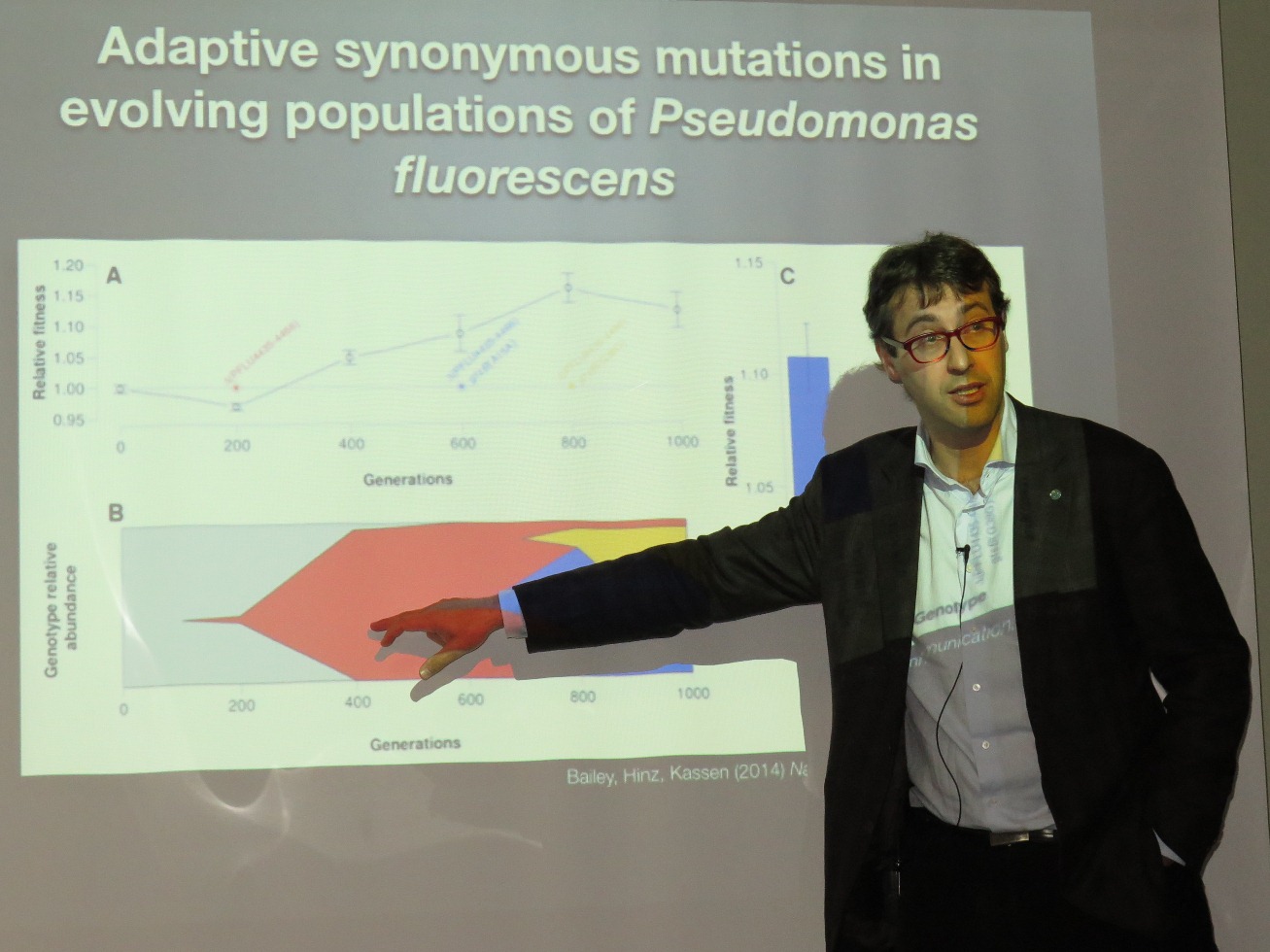 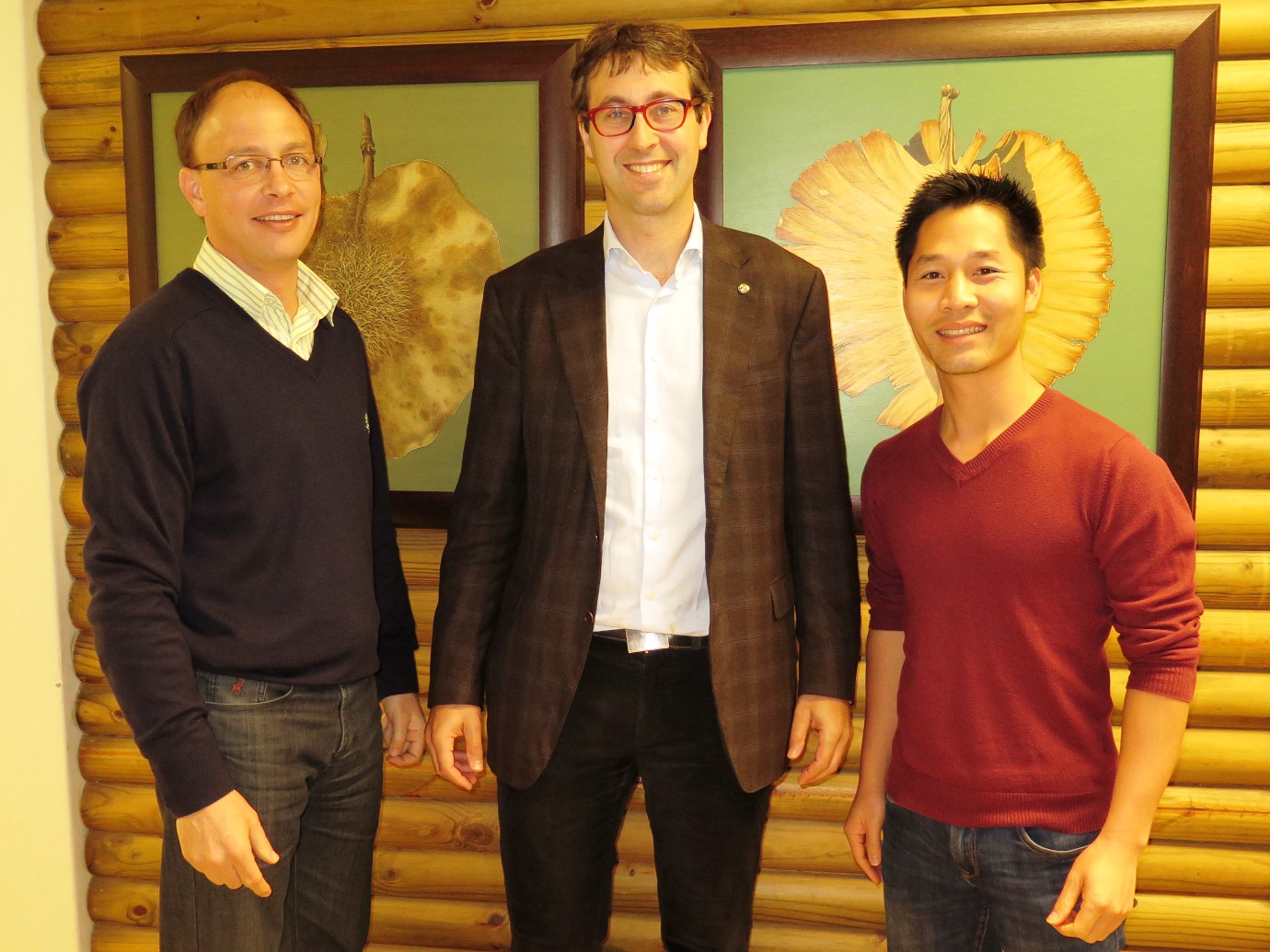 FABI and the Department of Genetics hosted a joint seminar by Prof. Rees Kassen from the University of Ottawa on evolutionary genetics. Prof Kassen holds the research chair of Experimental Evolution in the Department of Biology’s Centre for Advanced Research in Environmental Genomics. He is also the author of the book ‘Experimental Evolution and the Nature of Biodiversity’.

This was Prof. Kassen’s second visit to FABI having been a guest of the Institute three years ago. He is an accomplished scientist doing ground breaking research and is visiting the University of Pretoria for the inaugural African Science Leadership Program (ASLP) of which he is a mentor. In his presentation titled “Genetics of adaptation and parallelism in an opportunistic pathogen”, he showed that the adaptation of the pathogen Pseudomonas aeruginosa in the lungs of patients with cystic fibrosis was driven by genetic mutations.