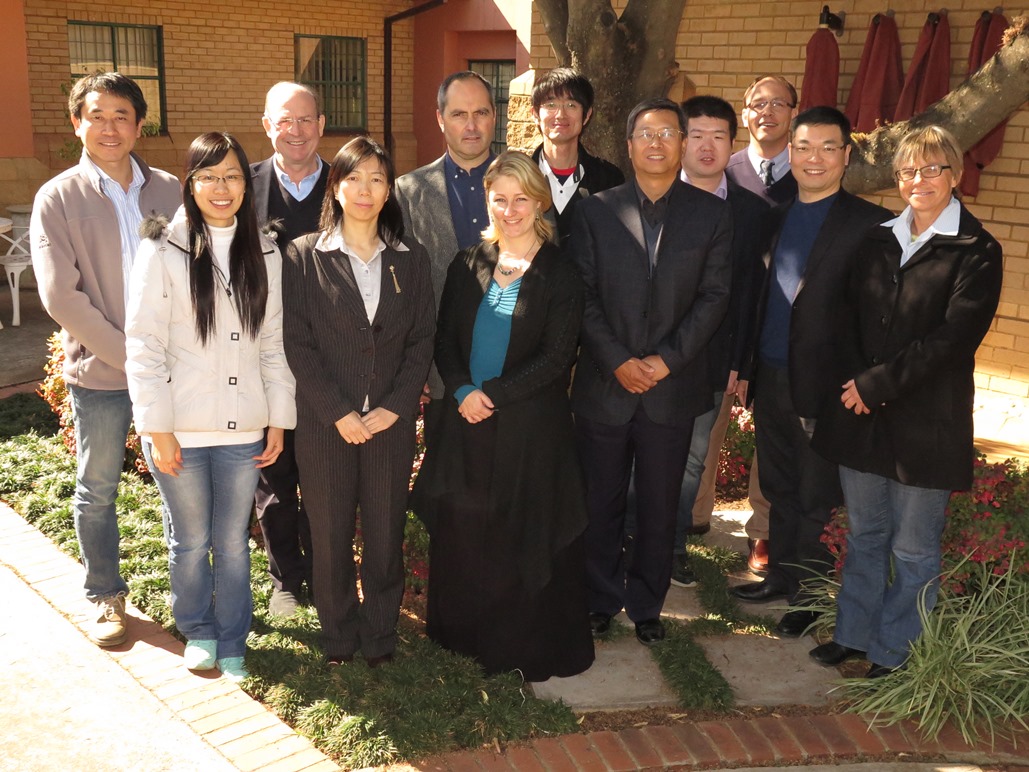 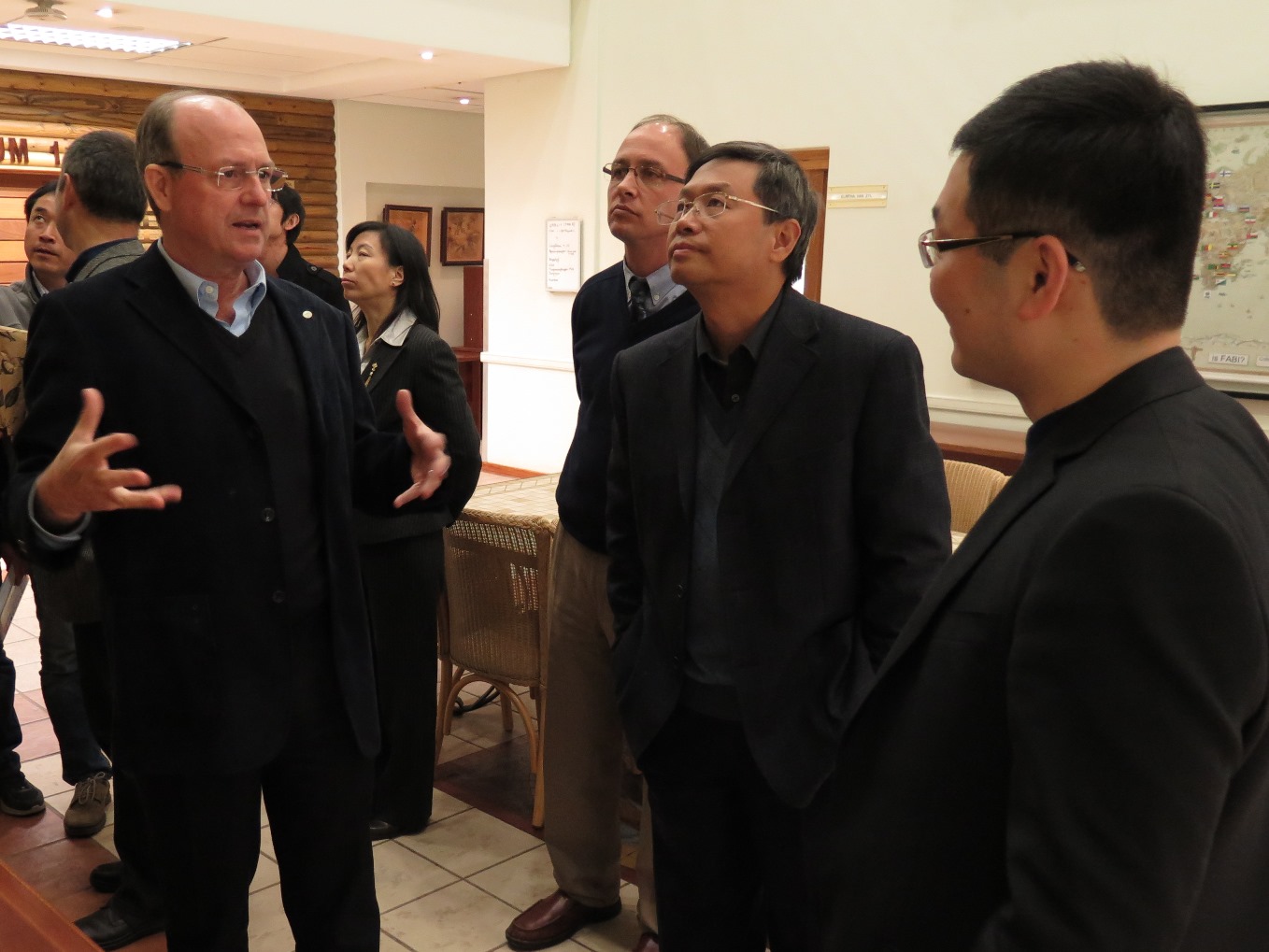 During the past week, Prof. Mike Wingfield and some senior academic staff members of FABI hosted several members from the Division Science and Technology of the Chinese embassy in Pretoria. The visitors included Counsellor Wei Huang, First Secretary Dong Zhang, and Third Secretary ZhongYang Wang.

Since the first Chinese PhD student joined FABI shortly after its inception in 1998, FABI has been involved in several ongoing collaborations with Chinese scientists and institutions, especially CERC. These collaborations have resulted in the joint publication of more than 40 research articles and the training of six PhD students.

Over the years, FABI has received wonderful support from the Chinese embassy. The purpose of this week's visit was to thank the embassy staff for their support and to explore further opportunities for collaborations in the future.