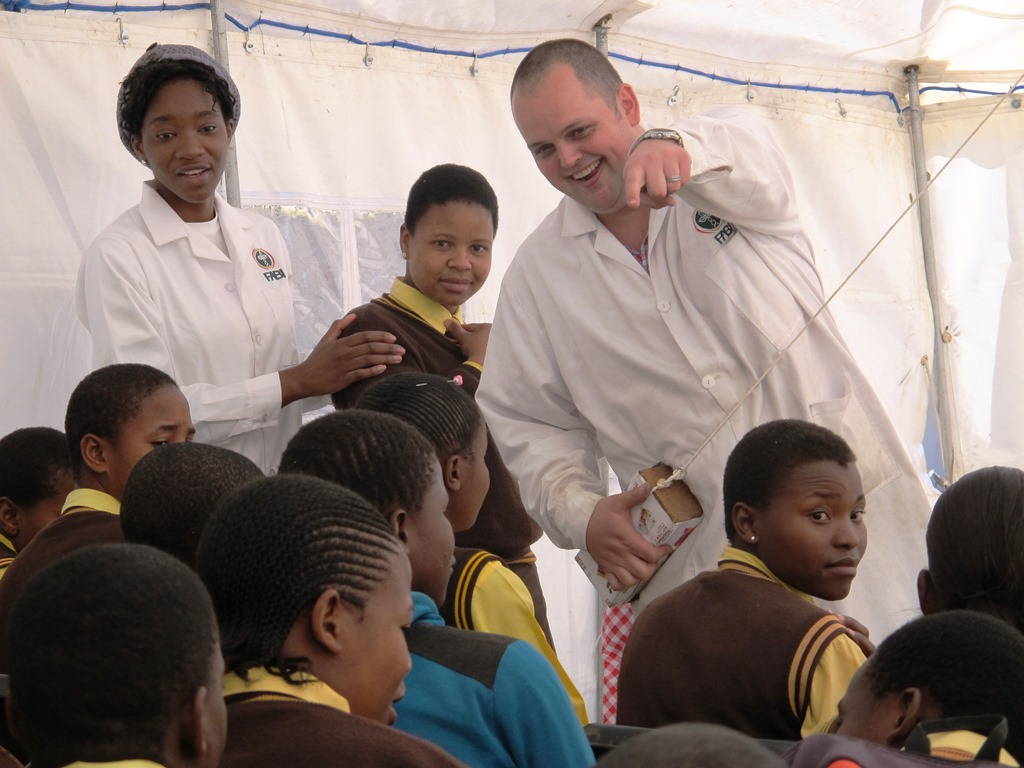 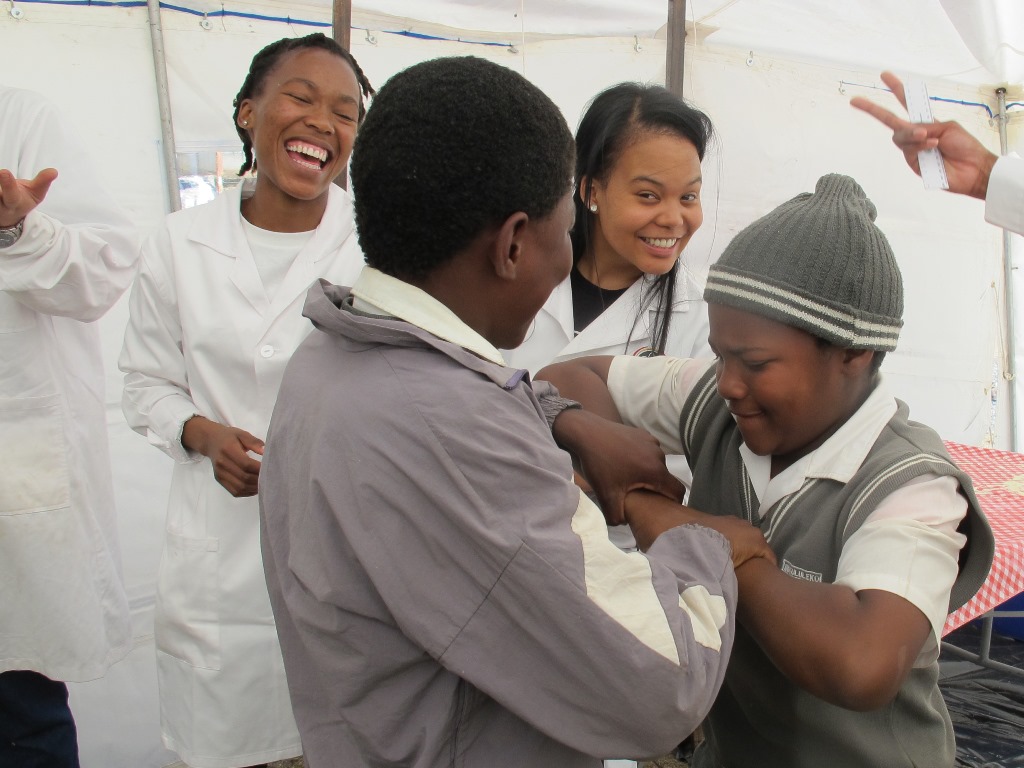 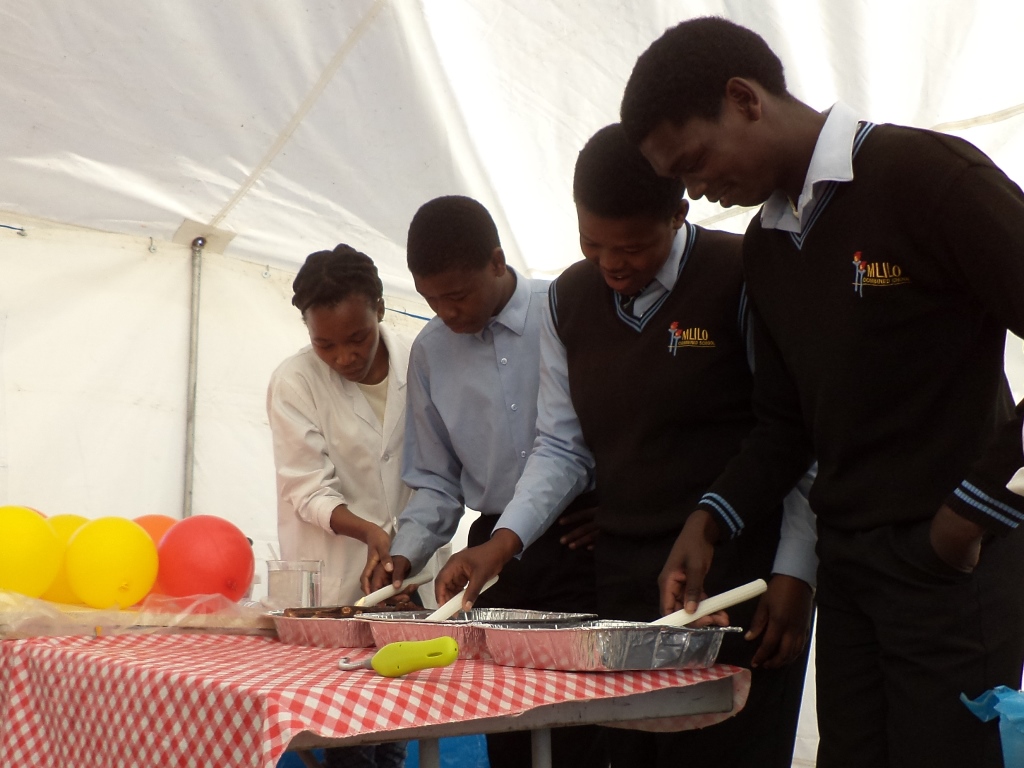 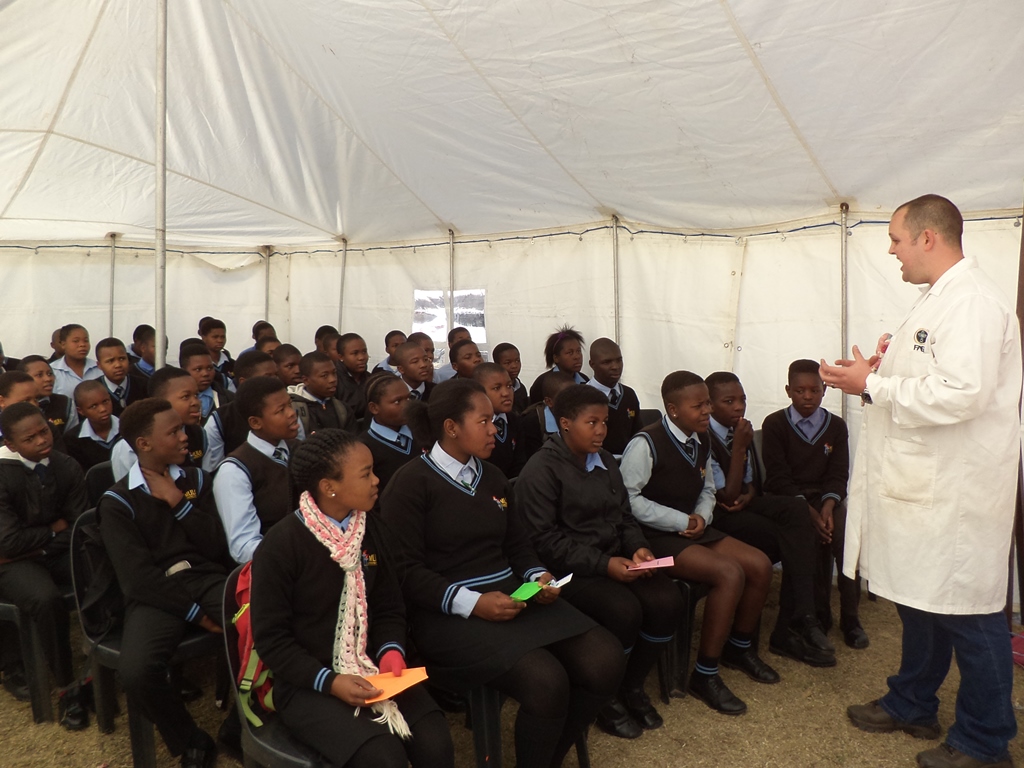 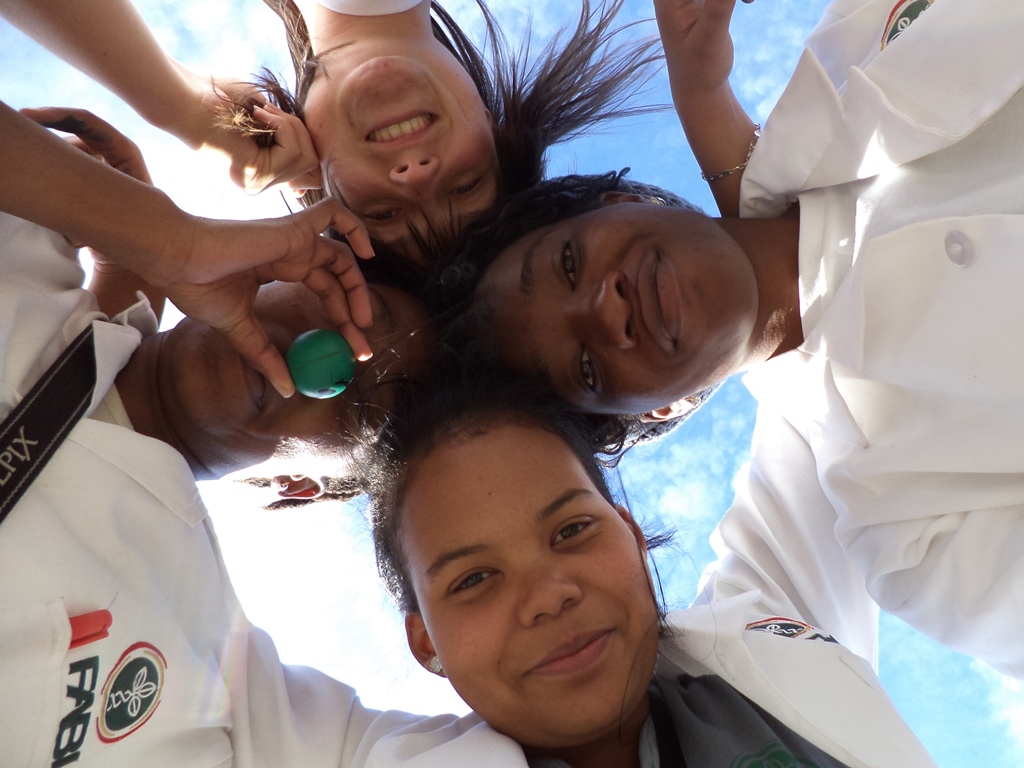 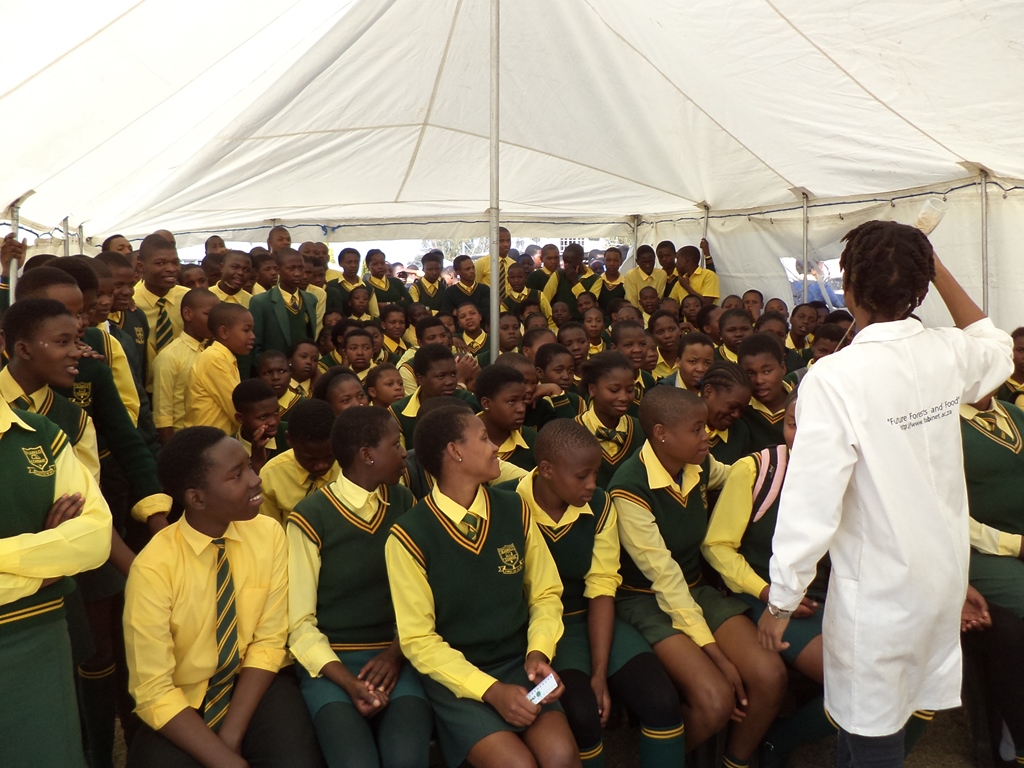 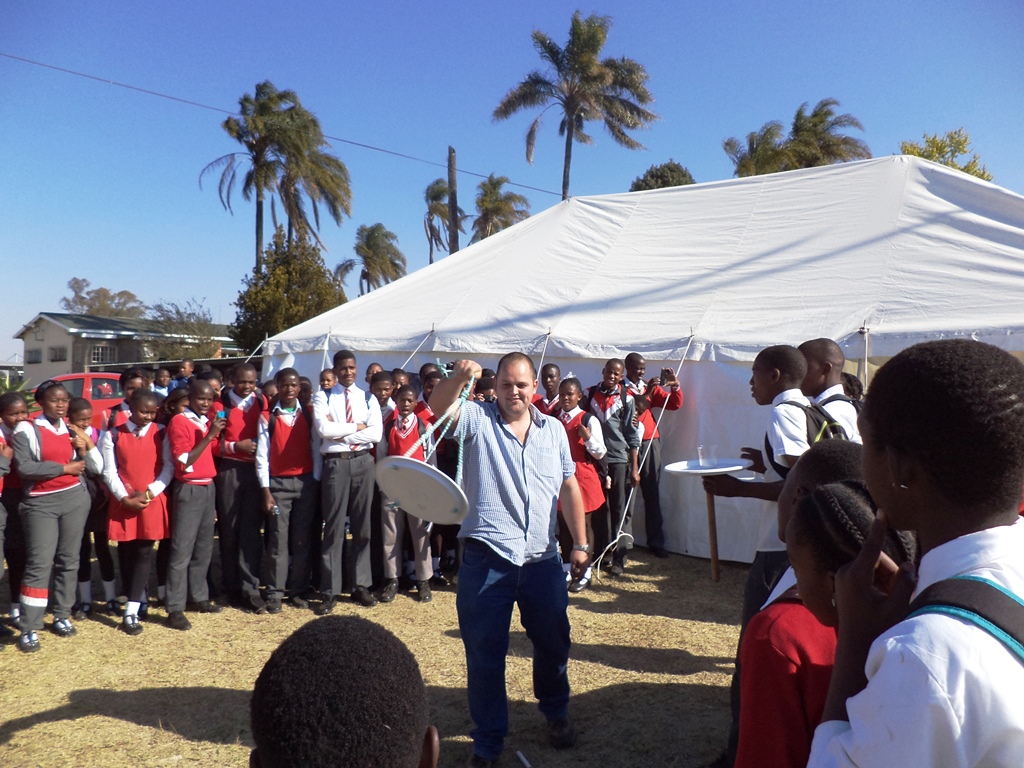 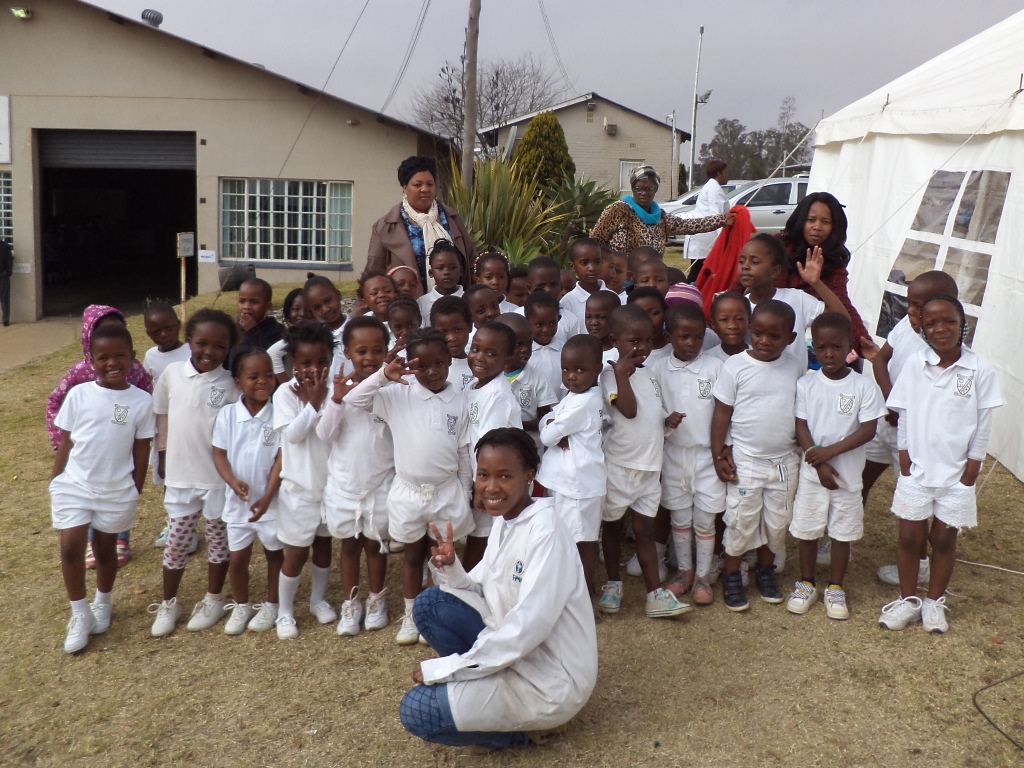 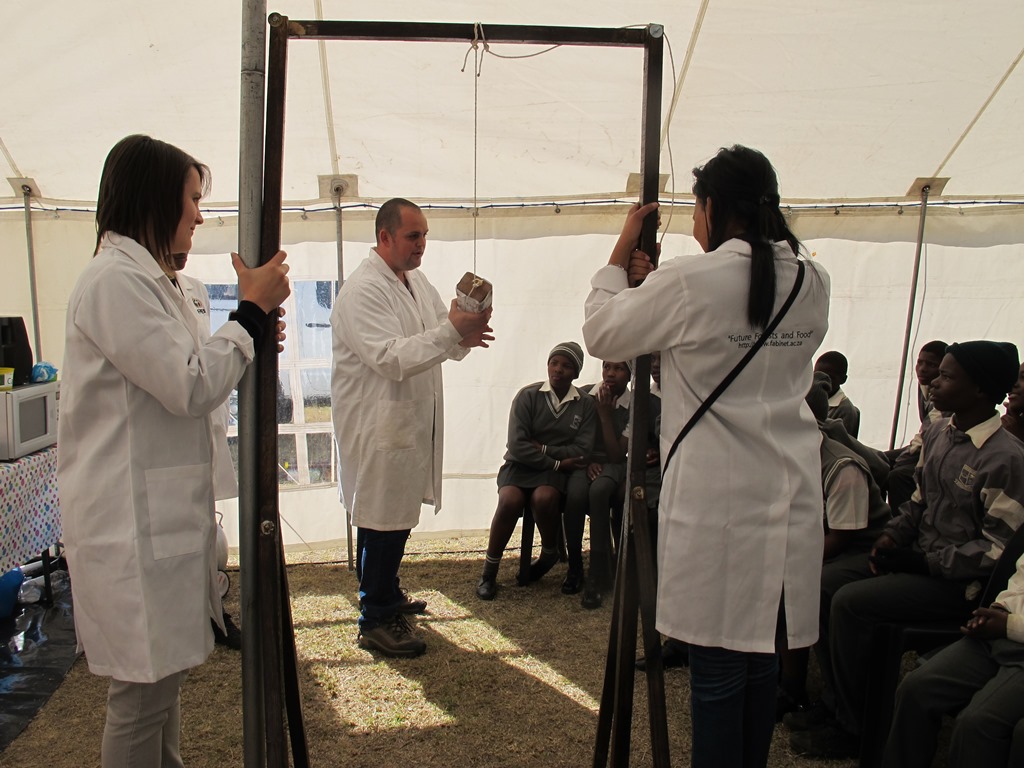 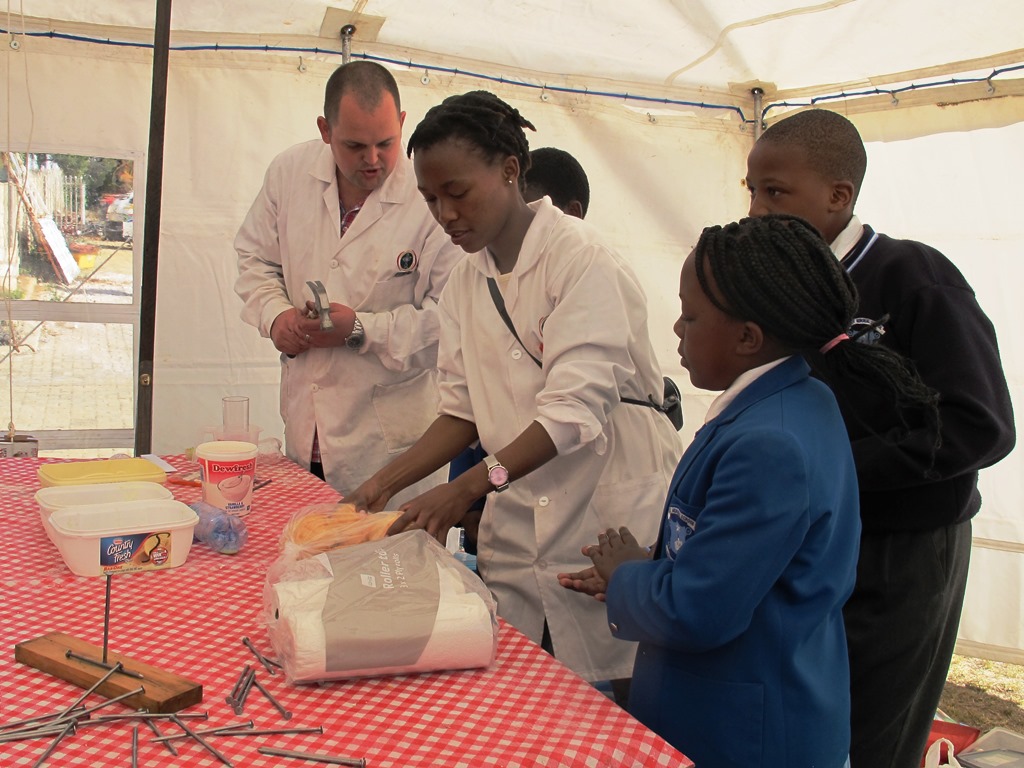 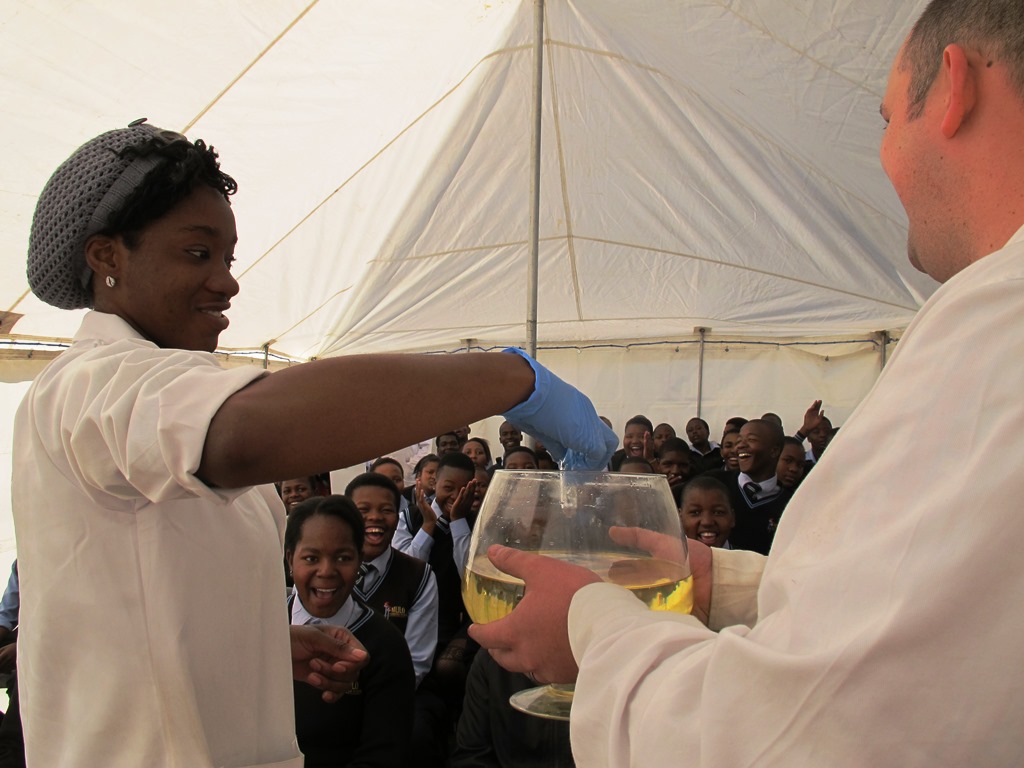 Five PhD and MSc students from FABI represented the DST-NRF Centre of Excellence in Tree Health Biotechnology (CTHB) at the National Science Week, an annual science fair for learners from 3-7 August 2015 in Piet Retief, Mpumalanga province. This event is organised and hosted by the Mondi Science, Career Guidance and FET Skills Centre with the support of the Department of Science and Technology and the Mpumalanga Department of Education. More than 8,000 learners attended the fair over five days.

The FABI tent was run by Juanita Avontuur, Arista Fourie, Palesa Madupe, Benedicta Swalarsk-Parry and Markus Wilken. Furnished with items and appliances one would find both at home and in a science laboratory, the tent was transformed daily into a science wonderland that held the attention of future scientists and their teachers.

The team conducted a wide range of experiments showcasing knowledge in fields such as physics, biology and mathematics. An experiment that at first seemed like magic was a favourite with teachers, centre staff and groups from grades R to 12. It also perfectly reflected this year’s theme, the International Year of Light.

A member of the team would break a glass tube with a hammer and then put theshards in a glassbowl filled with cooking oil. Playing on the ability of Pyrex glass to refract light, "Benny the Magician" would then fish out of the oil an intact glass tube (immersed beforehand but unknown tothe learners), supposedly put together again by magic!

With the number of learners nearly twice of those who attended last year, the organisers said this year’s event was the most successful since its inception in 2007.