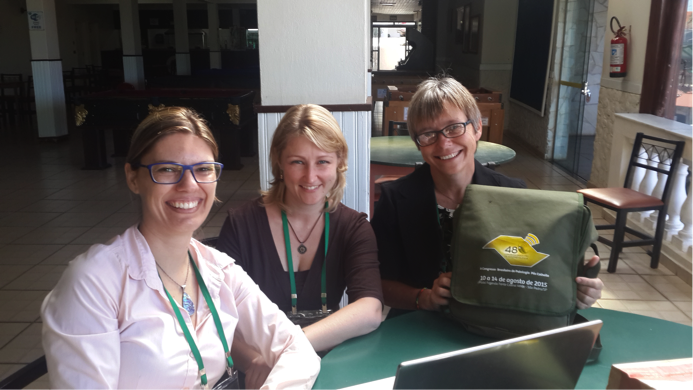 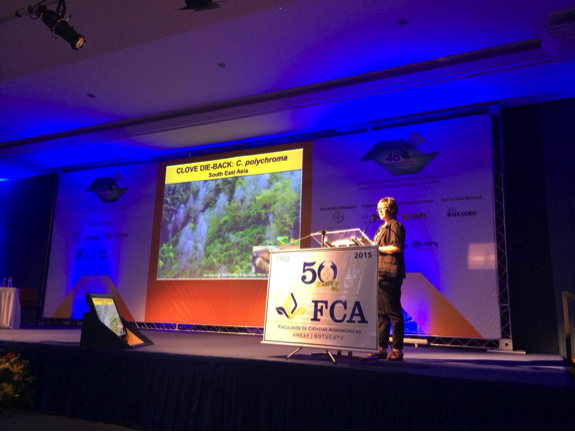 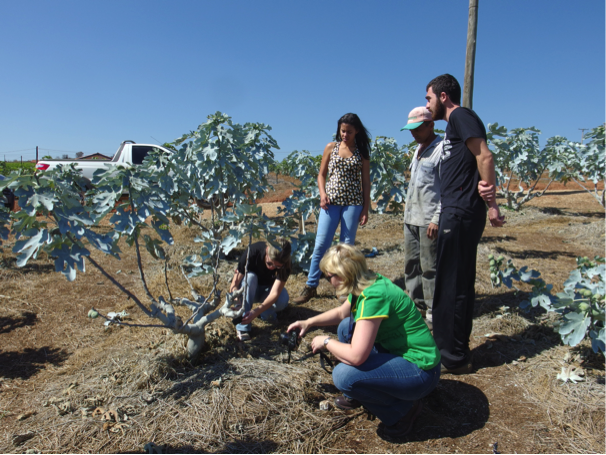 Two of FABI’s researchers recently attended the 48th meeting of the Brazilian Phytopathology Society in São Pedro, Brazil. Prof. Jolanda Roux and Dr Irene Barnes were invited speakers in a session on "Global pathogens: a case study". The congress had a significant international footprint with more than 300 people attending and invited speakers from the USA, Australia, Japan and the UK. Both Prof. Roux and Dr Barnes spoke on Ceratocystis species and their growing international importance to tree health as well as for commercial plantation forestry. Brazil, for example, has experienced growing problems with Ceratocystis wilt of eucalypt clones.

During the week in Brazil they also had the opportunity to visit some field sites with one of their hosts, Dr Ana Carolina Firmino, who works on Ceratocystis species in Brazil. Although their interest is primarily in plantation forestry species and the impact of diseases on Eucalypts and other species, they took the opportunity to look at some diseases affecting commercial fig orchards and discuss disease management in that industry. Discussions of this nature and cross-pollination with related, but different disease situations, are often vital in developing new perspectives on one’s own pathosystems.