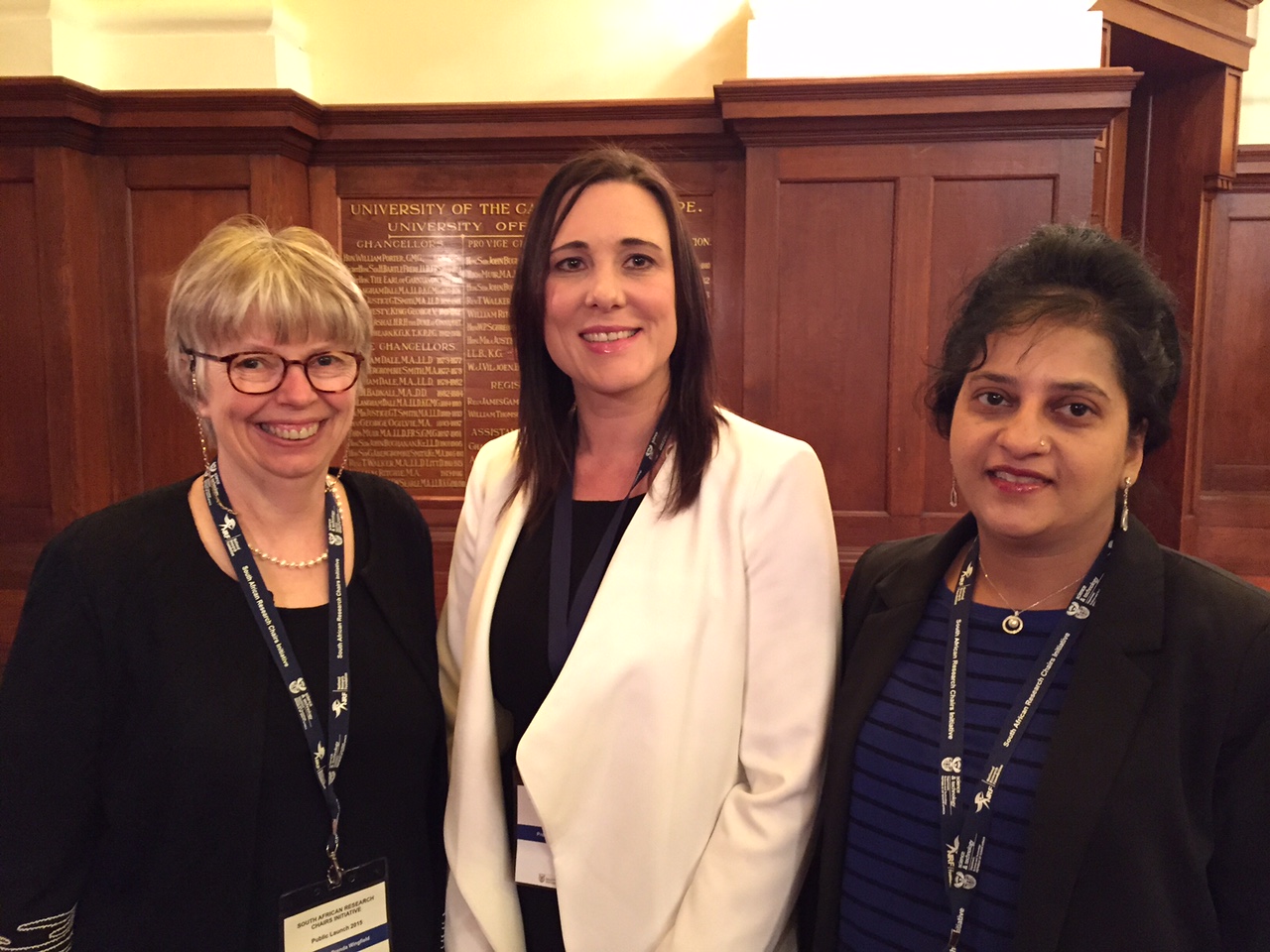 When the science journal Nature announced it's recent impact factor it did so with a front cover feature with the number "42". In so doing acknowledging that at least some of the people on the editorial board are not only scientists but also science fiction fanatics. The number 42 is of course the answer to THE question in the Hitchhikers guide to the Galaxy.  It is thus very appropriate that the number of new SARChI chairs to be announced this week by the minister of Science and Technology, Naledi Pandor, was 42. The Minister charged the new incumbents [all woman] to take up the challenge of being role models for the future, for woman researchers in particular. Clearly the answer to gender transformation for South African research is "42".

University of Pretoria will host four new SARChI chairs amongst the "42", Professors Erika de Wet, Namrita Lall, Wanda Markotter and Brenda Wingfield. The latter three (pictured here) are all in the Faculty of Natural and Agricultural Science. The SARChI chair in Fungal Genomics with Brenda Wingfield as the incumbent will be hosted in FABI. This will complement the research that is already being undertaken within the Tree Protection Cooperative Programme (TPCP) and the Centre of Excellence in Tree Health Biotechnology (CTHB).