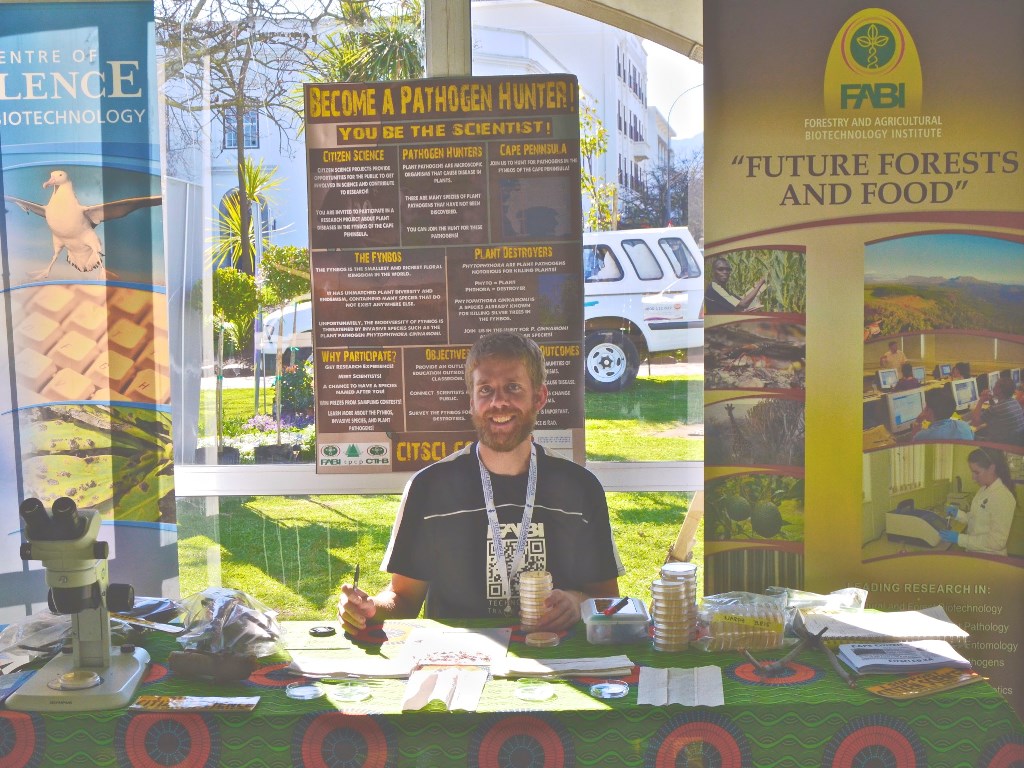 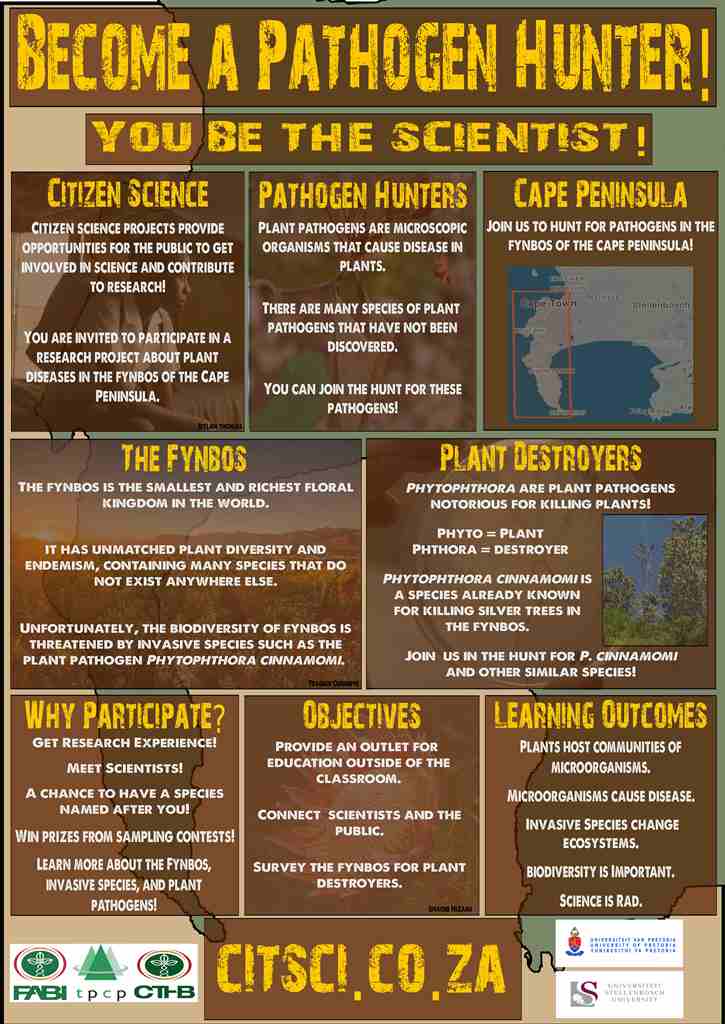 Phytophthora species have a long history in the Cape floristic region, where P. cinnamomi was implicated as the cause of root disease of many Proteaceae in the mid 1980s. He plans to build on that knowledge by conducting a survey of Phytophthora species in the Fynbos with a citizen science project. Citizen science refers to the inclusion of non-scientists in the process of scientific research. He hopes to engage more students and more of the public with the creation of Cape Citizen Science.