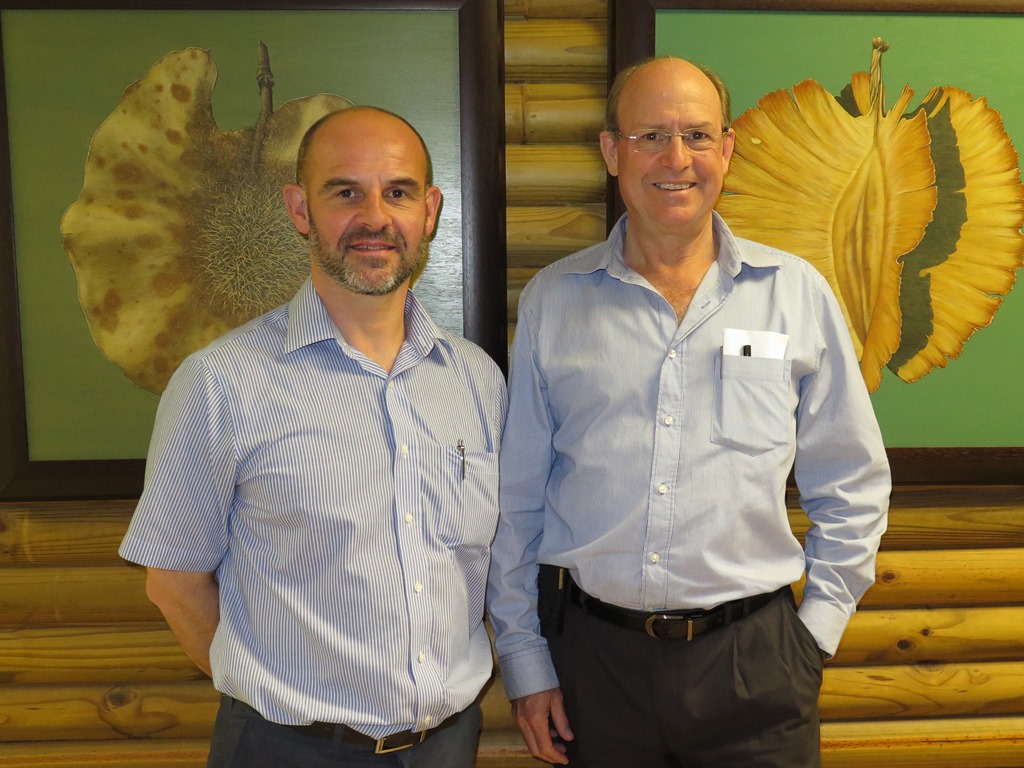 FABIans were treated to two seminars the past week by Extraordinary Professor Ian Toth of the James Hutton Institute in Scotland. He presented to staff and students in FABI on September 30 and October 1. Prof. Toth has a relationship with FABI that spans 10 years. Though his research has focused largely on agricultural crops, his collaboration with Prof. Teresa Coutinho on pathogenesis and colonisation by Pantoea ananatis has seen him venture into research on trees.

In his lecture “Genomics research on Pectobacterium and Dickeya” Prof. Toth spoke about the work that the JHI has done over the years in genome sequencing. He followed this up with a talk titled “Is GM the only solution to crop protection in Europe?: Integrated pest management at the James Hutton Institute.”

In this he explored the prevalence and sustainability of genetically modified (GM) crops in Europe. Owing to demand in food production that employs fewer crop protection chemicals such as pesticides, herbicides and fungicides as well as yield losses, European countries have invested in research on GM crops.

Societal fears about the effects that GM crops could have on human health and the environment have however resulted in some countries in the European Union banning GM crop production. Though he would not discount the significance of GM crop production in the future, Prof. Toth discussed various alternatives such as crop rotation, biofumigation, biocontrol, precision agriculture and disease forecasting.