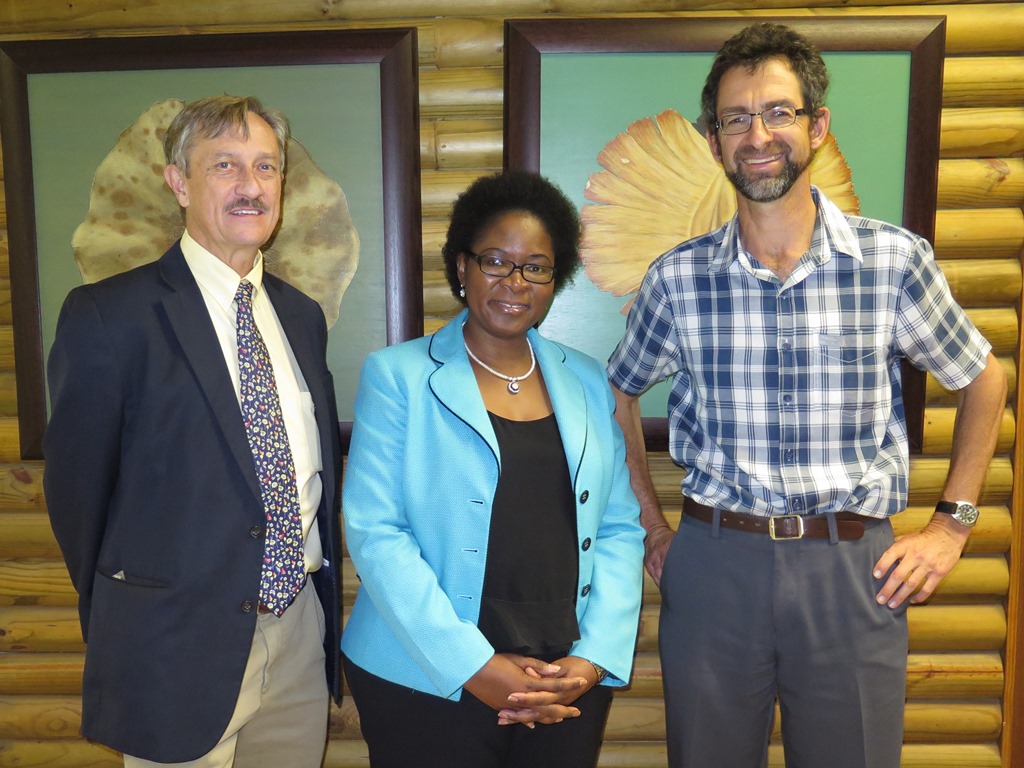 A seminar at FABI on October 15 brought to the fore food safety issues (fears, regulations and safety evaluations) concerning genetically modified (GM) crops. Facilitated by the Department of Plant Science at the University of Pretoria and independent biotechnology stakeholder association, AfricaBio, the lecture was delivered by Prof. Richard Goodman of the Department of Food Science and Technology at the University of Nebraska-Lincoln in the United States.

Prof. Goodman is a consultant for biotechnology and food companies and has trained scientists around the world in evaluating GM crop safety. With expertise and several years’ experience in immunology and food allergy research, Prof. Goodman spoke about the testing of genetically modified crops for human consumption in his lecture titled: "Biosafety: Evaluation and regulation of GM crops in the US". He denounced widely-held criticisms of GM that were based on "hypothetical questions" rather than science. GM foods were still criticised as harmful by dissidents though scientific testing generally regarded them as safe for humans, he said.

Prof. Goodman discussed the several guidelines in the US under which GM crops intended for food and feed are produced and evaluated for potential food allergy and toxicity using methods and processes that were developed over years of consultations with scientists. The evaluation takes into consideration the history of human exposure to the source of the transferred gene, the characteristics of any expressed proteins or metabolites of new enzymes using methods that are demonstrated to limit the potential transfer of hazardous new traits. In twenty years of production and consumption of approved GM crops in the US, there are no documented cases of increased allergy or toxicity of food or feed from the GMO crops. Internationally the Codex Alimentarius Commission, of the World Health Organization/Food and Agricultural Organization produced guidelines intended to guide the safety assessment of GMOs by international regulators, with the purpose of harmonizing safety and international food trade. A number of GM crops are approved for cultivation or food/feed import in South Africa, but few other countries in the continent as they have not (yet) adopted regulatory systems to evaluate and approve GMOs.

A PDF of the slides and of key relevant publications are available from Dr Dave Berger.