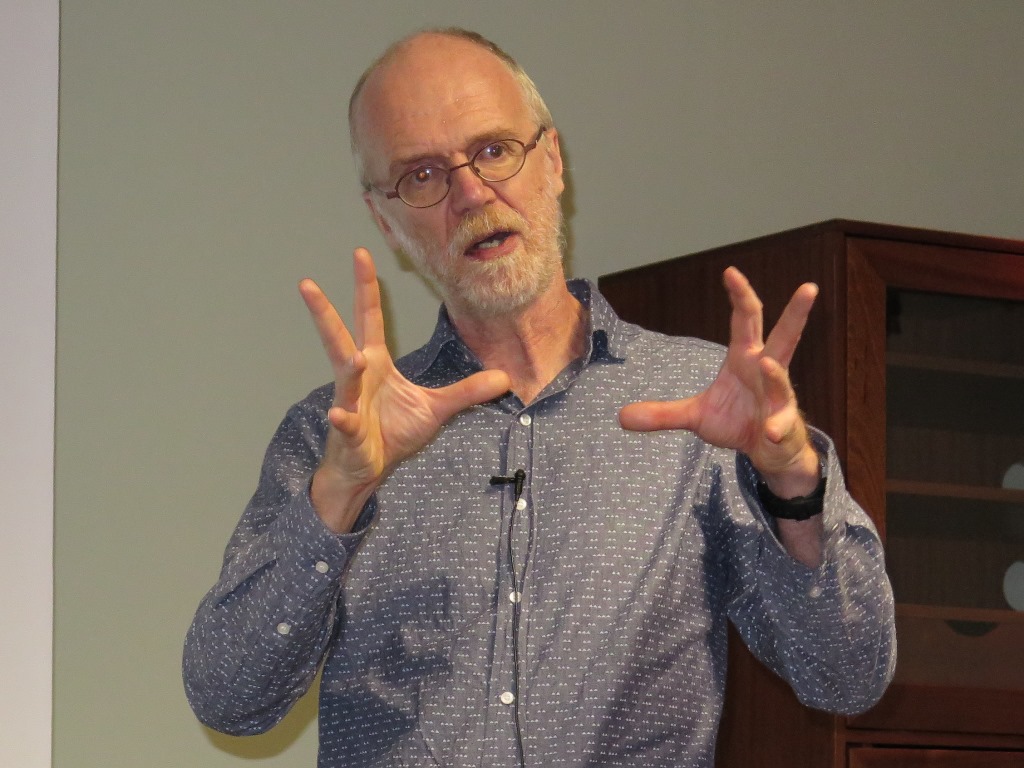 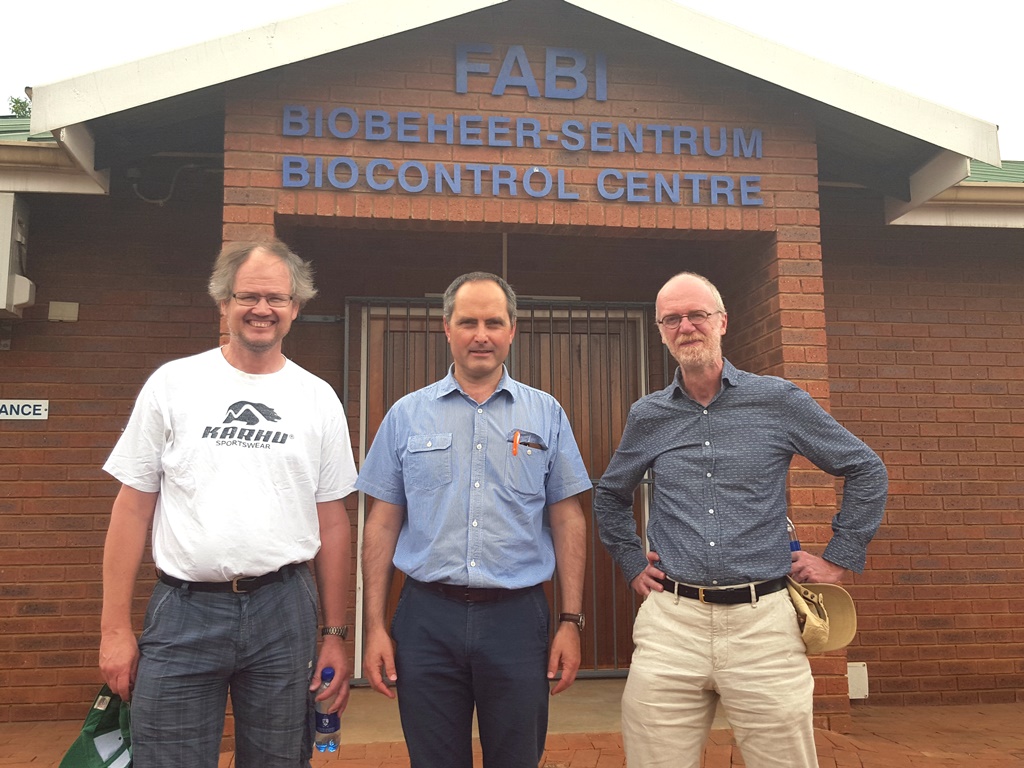 Professor Louis Bernier from the Université Laval in Québec City, Canada presented a special seminar in FABI titled "Analysis of the yeast-mycelium dimorphism in the Dutch elm disease fungi. From old tricks to omics".

His research group focuses on the identification and characterisation of genes contributing to pathogenicity and fitness in the Dutch elm disease fungi Two subspecies of Ophiostoma novo-ulmi have collectively killed an estimated one billion adult elm trees during the last 100 years in Europe and North America. His seminar was about their current work on the molecular basis of yeast-mycelium dimorphism in O. novo-ulmi, in order to verify a possible role of this trait in pathogenesis.

Prof. Bernier had previously visited FABI in 2005 and was here as the external examiner for Markus Wilken. He also took the opportunity to visit the FABI Biocontrol facility on the University of Pretoria’s experimental farm where he was shown first hand the work being done by FABI in combatting forestry pests using biocontrol agents.