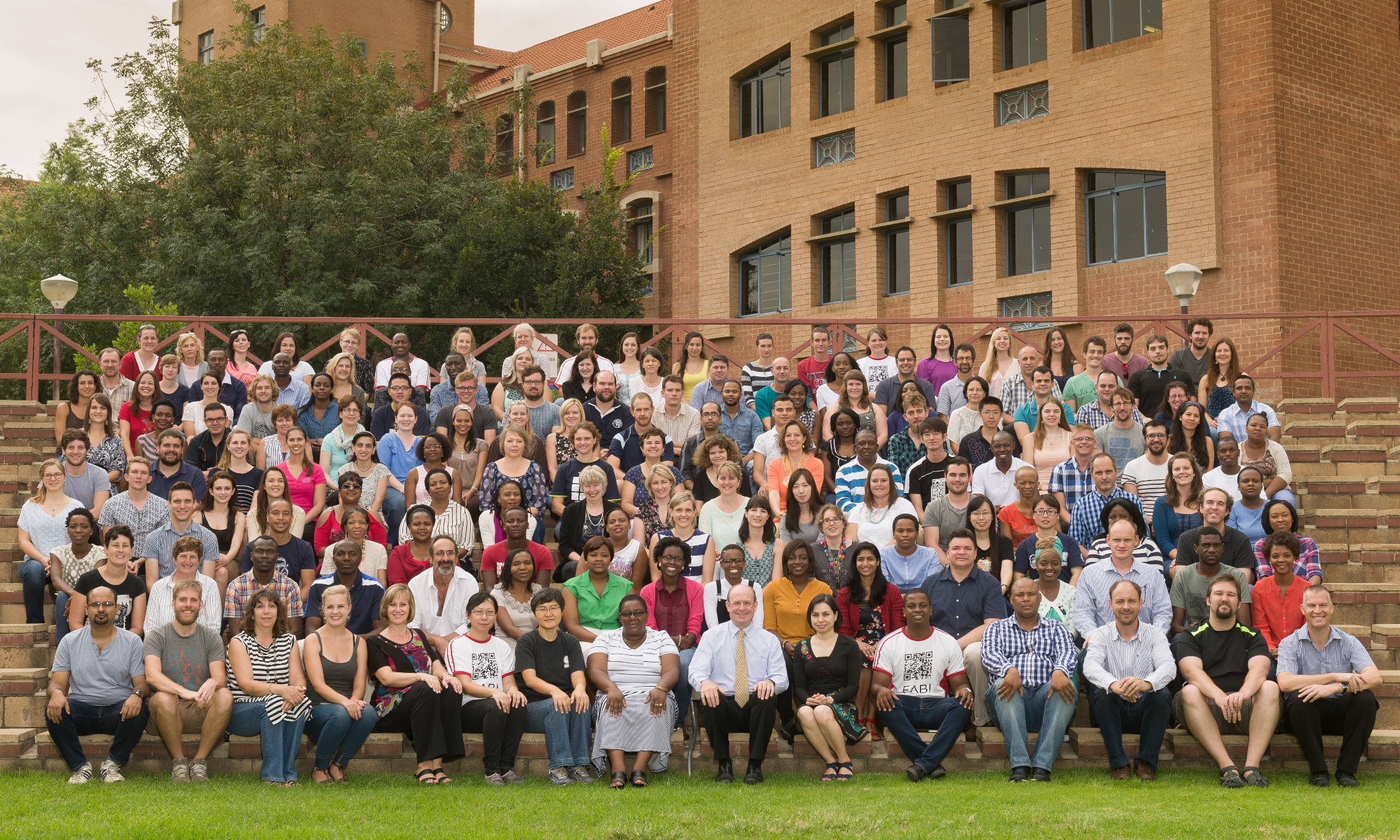 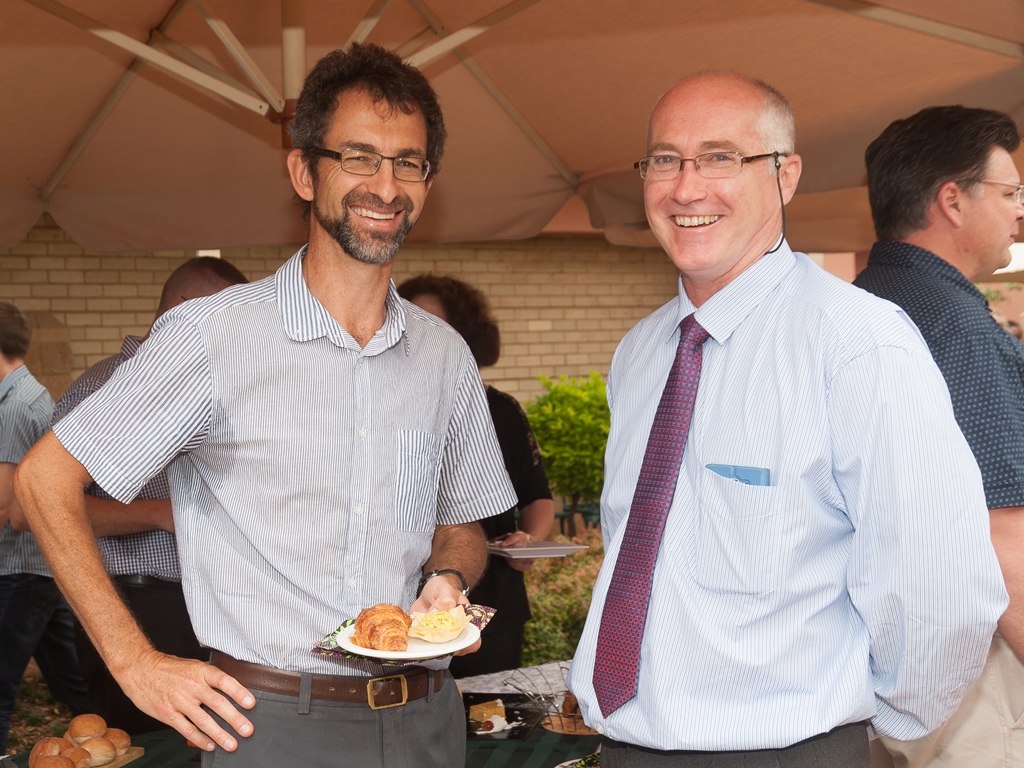 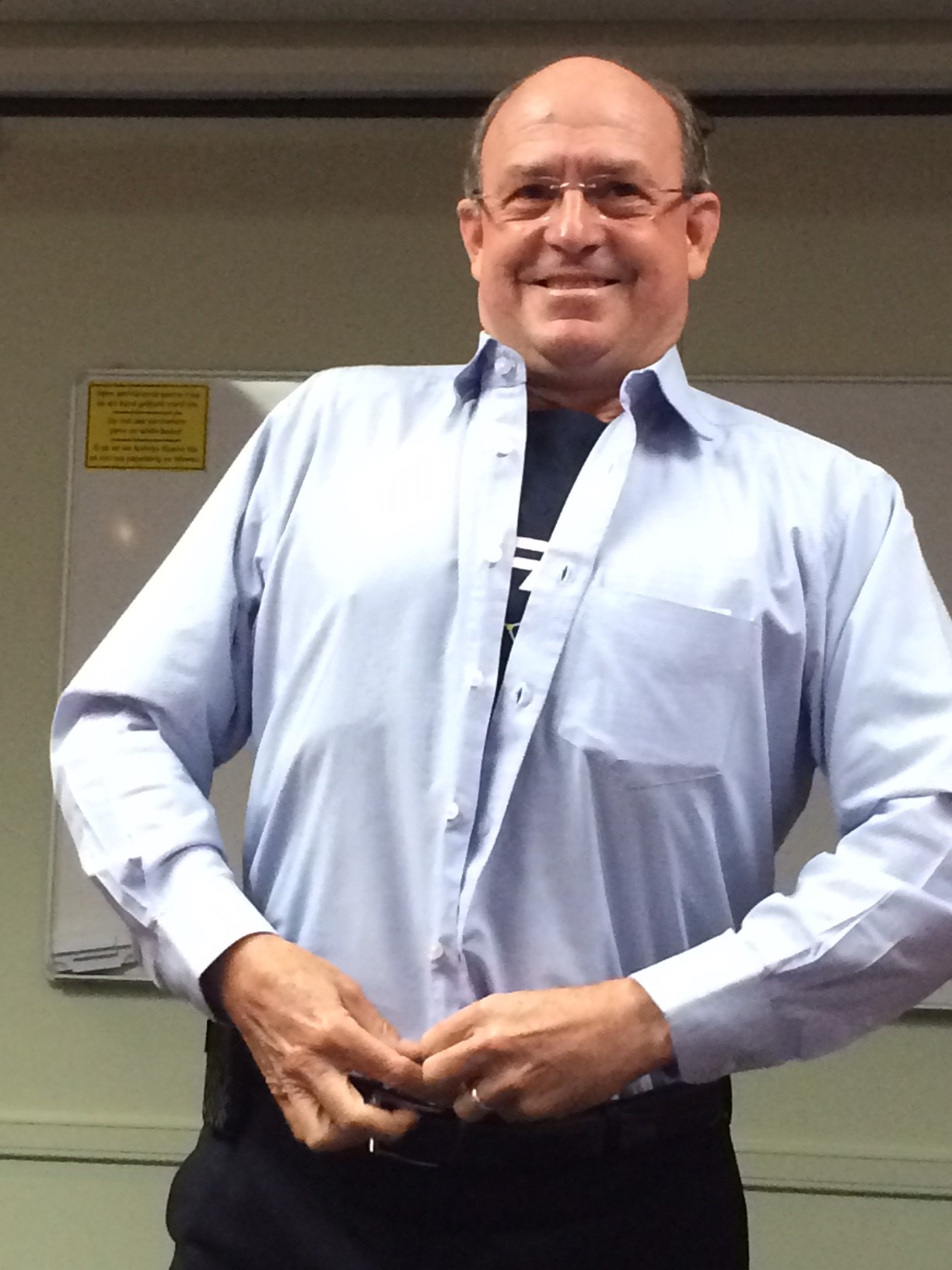 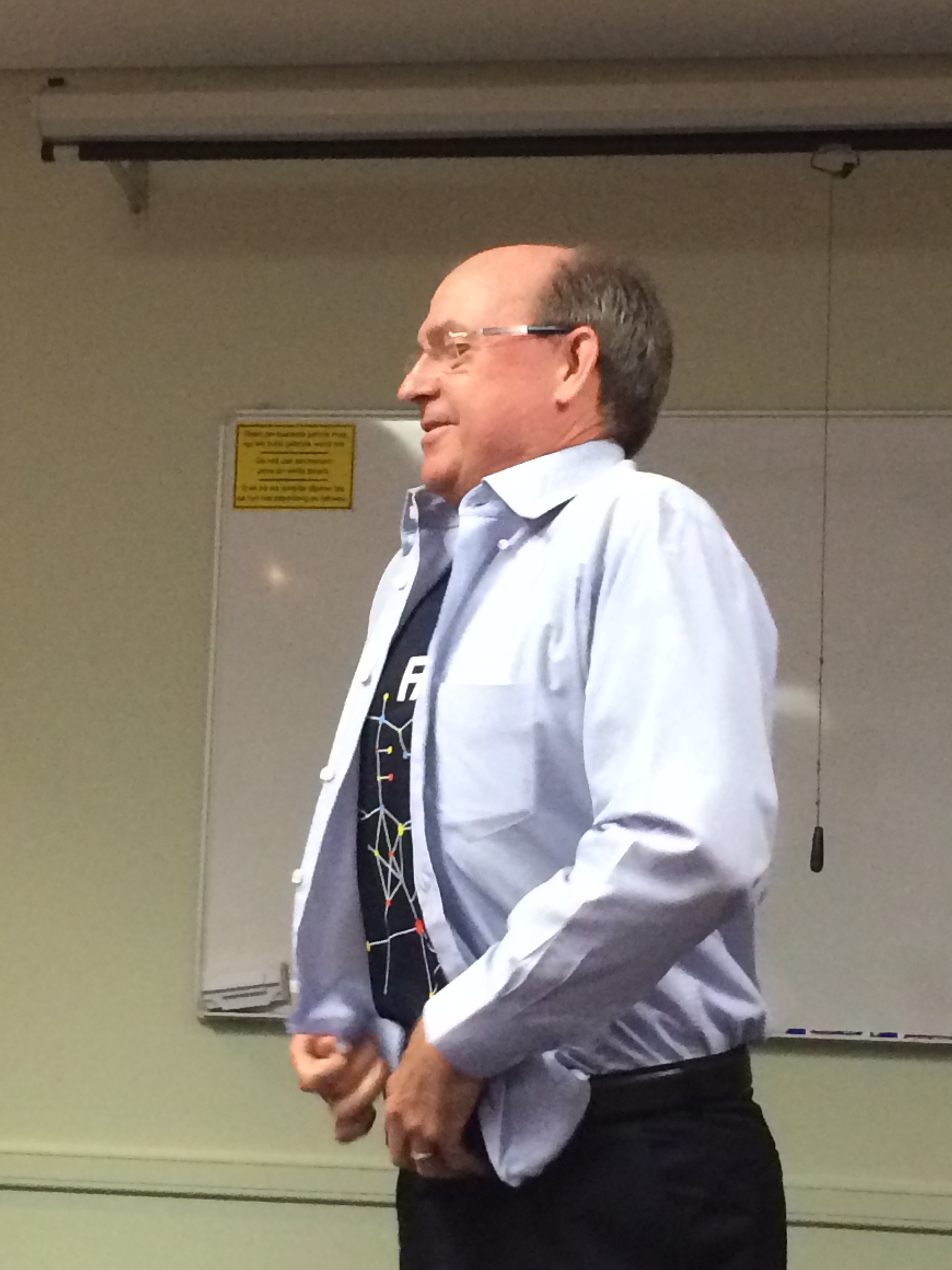 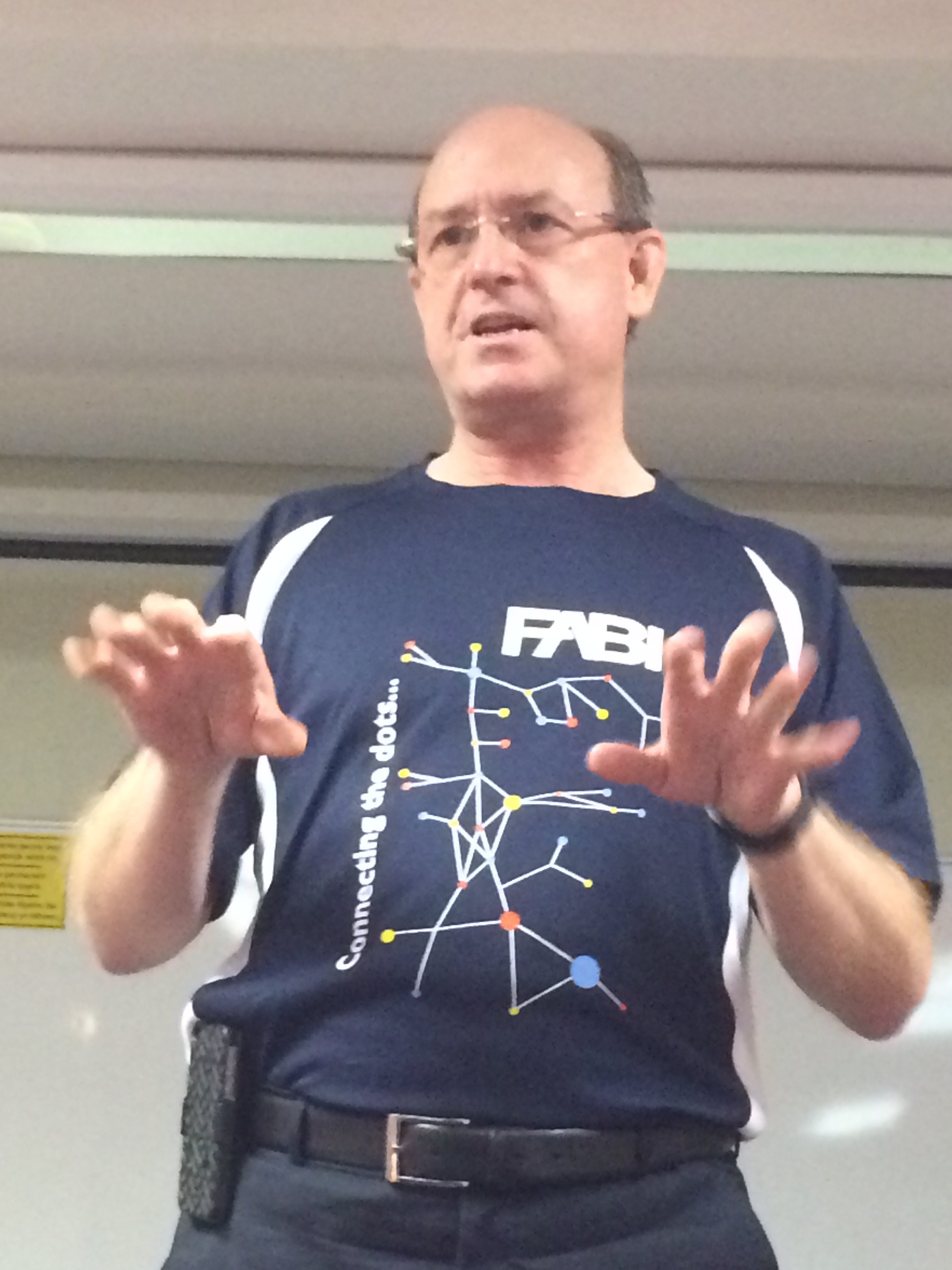 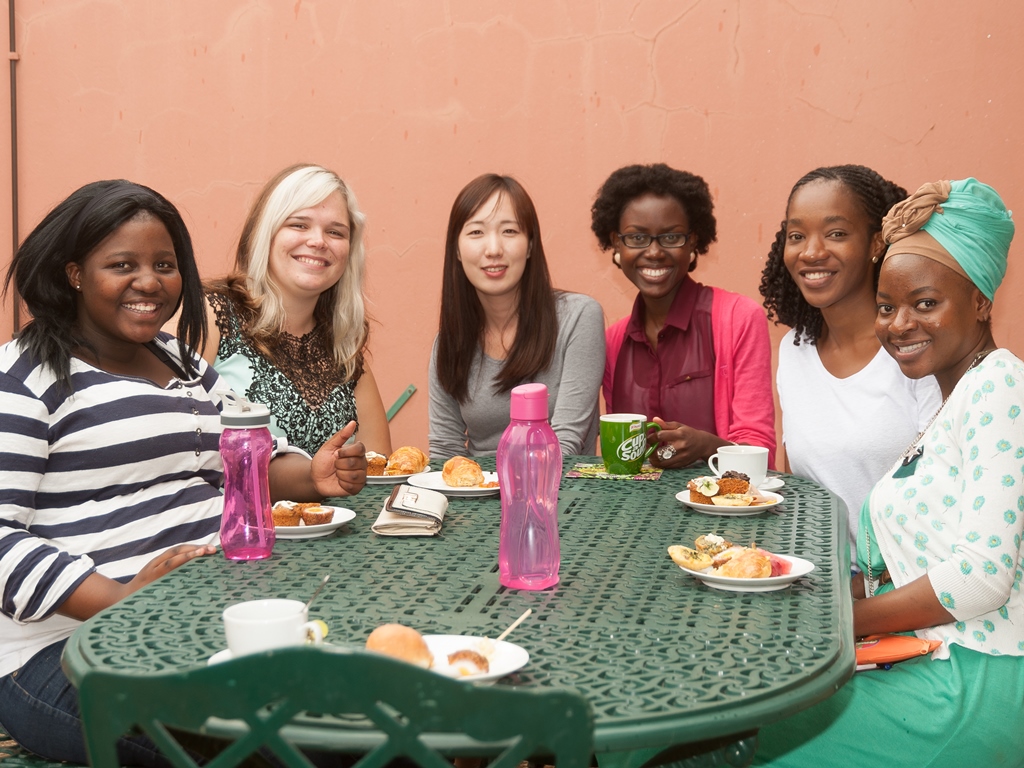 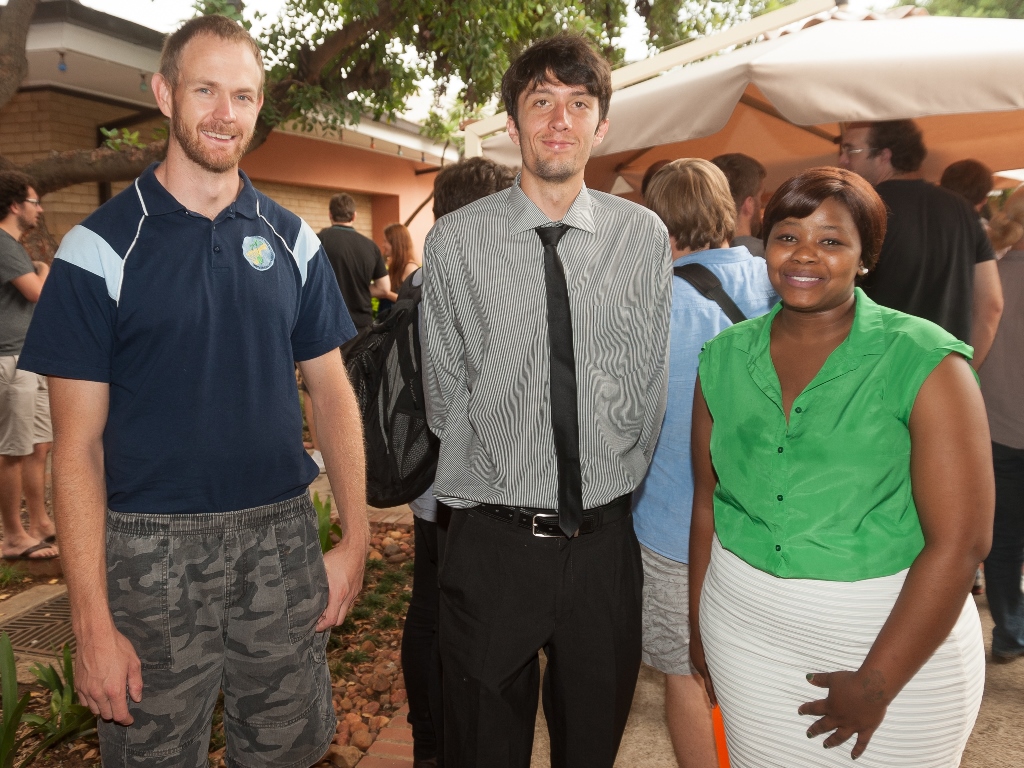 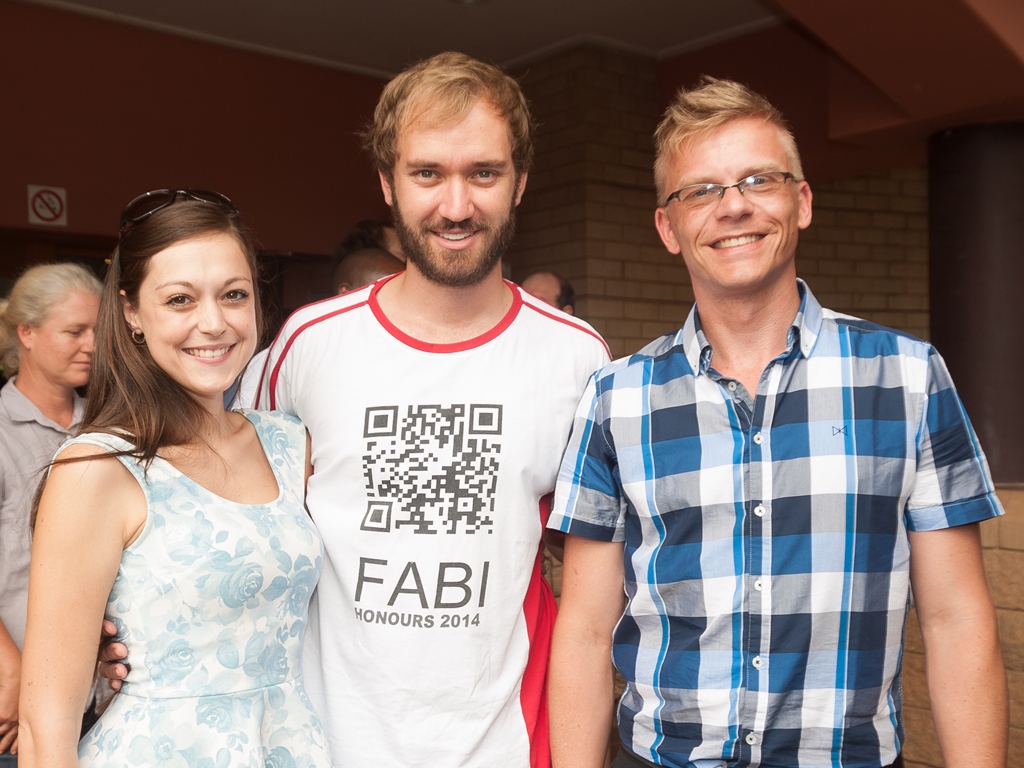 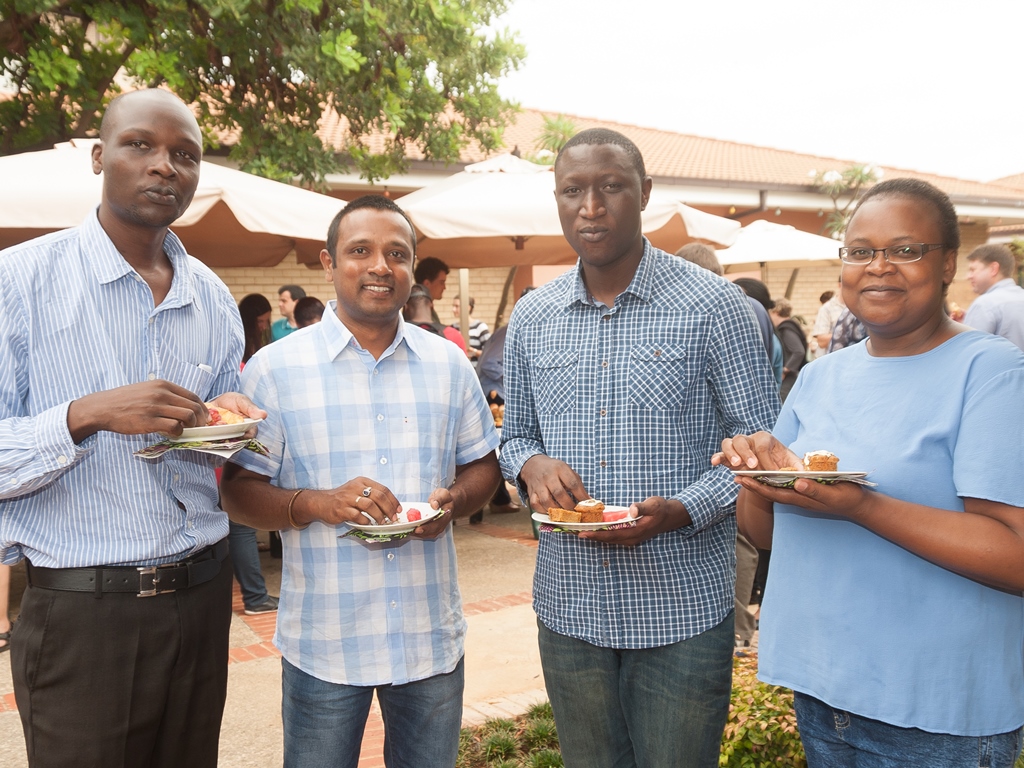 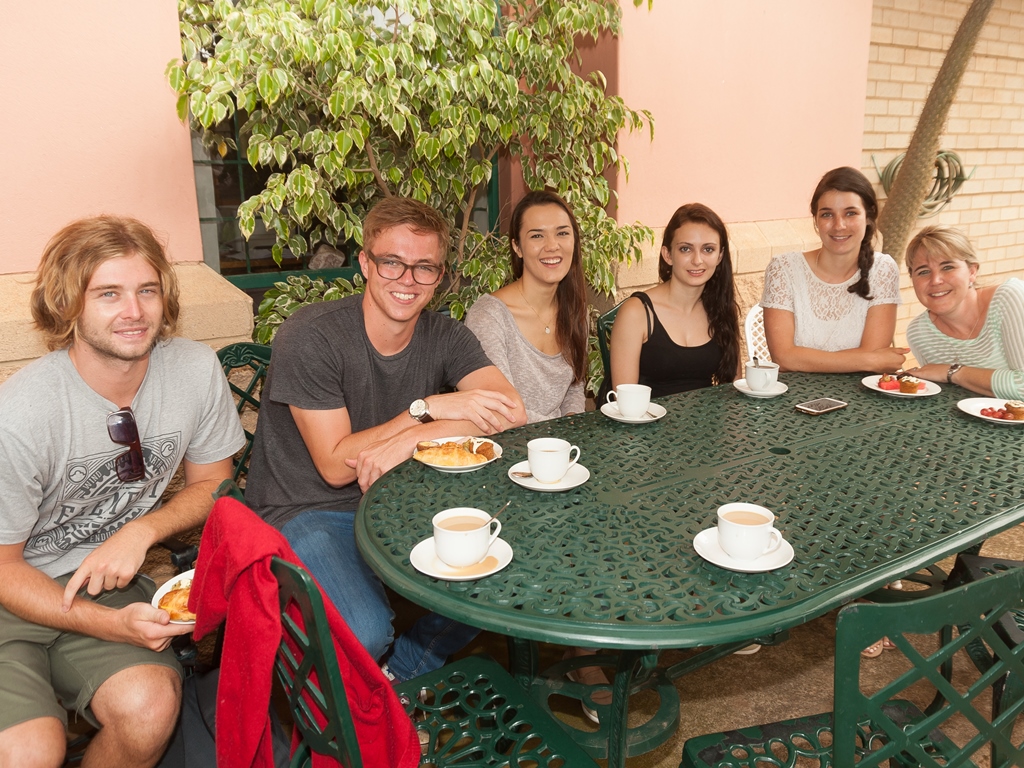 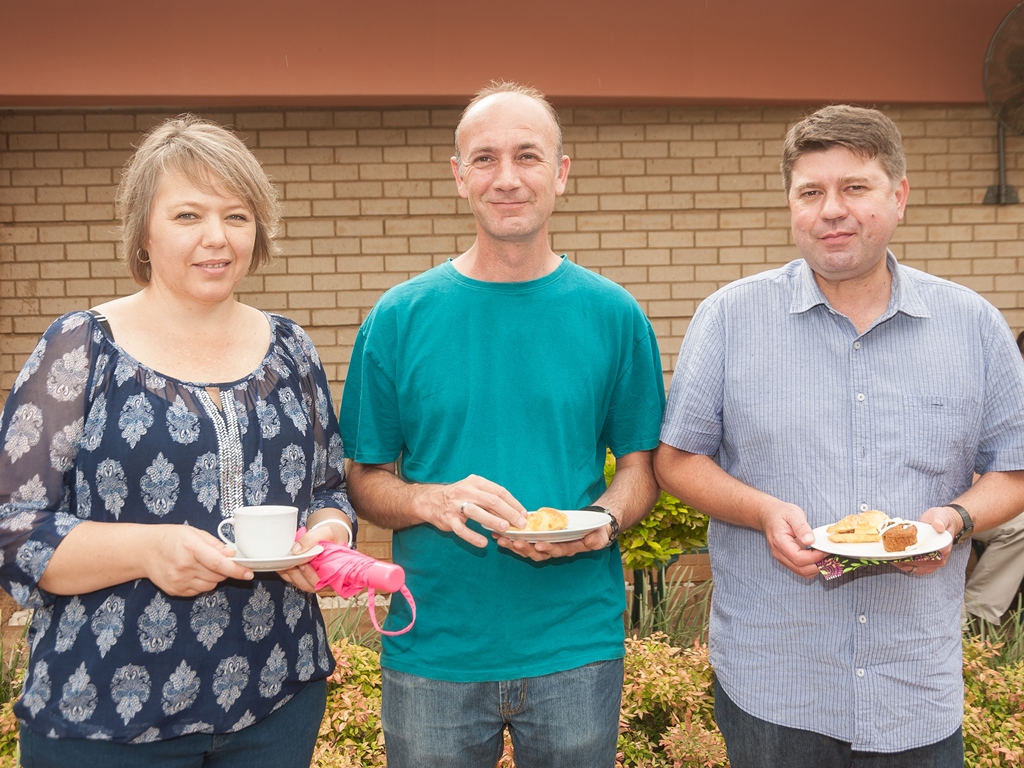 The first FABI ‘Monday Morning Meeting’ of 2016 kicked off in spectacular fashion on January 25 when FABI Director, Prof. Mike Wingfield, stripped off his tie and shirt in front of the audience to reveal the new FABI T-shirt! Prof. Mike Wingfield, reflected on FABI’s achievements of 2015, welcomed visitors and newcomers to the institute, and announced of the two FABI charity drives for this year.

Prof. Wingfield encouraged FABIans to follow up on his challenge to them last year to come up with individual plans for 2016 and to see them through. Pointing to the new “Connecting the dots” FABI T-shirt he was wearing, he encouraged the group to use FABI affiliations to make friends, and in that way establish meaningful future partnerships and networks with colleagues from around the world.

In response to the nationwide drought and subsequent water shortages in some communities, Prof. Noëlani van den Berg challenged FABIans to collect 2000 litres of bottled water by February 1 – at least two five litre bottles for each member. This initiative is a partnership with the Department of Integrated Plant Sciences. The water will be delivered to a community in need. To ensure that the water is safe to drink, FABIans are requested to donate bottled water instead of refilling empty bottles with tap water. In preparation for the winter months, staff and students will also collect blankets as part of the annual Blanket Drive campaign. FABIans gathered for the 2016 group photo and enjoyed tea at the FABI courtyard after the meeting.