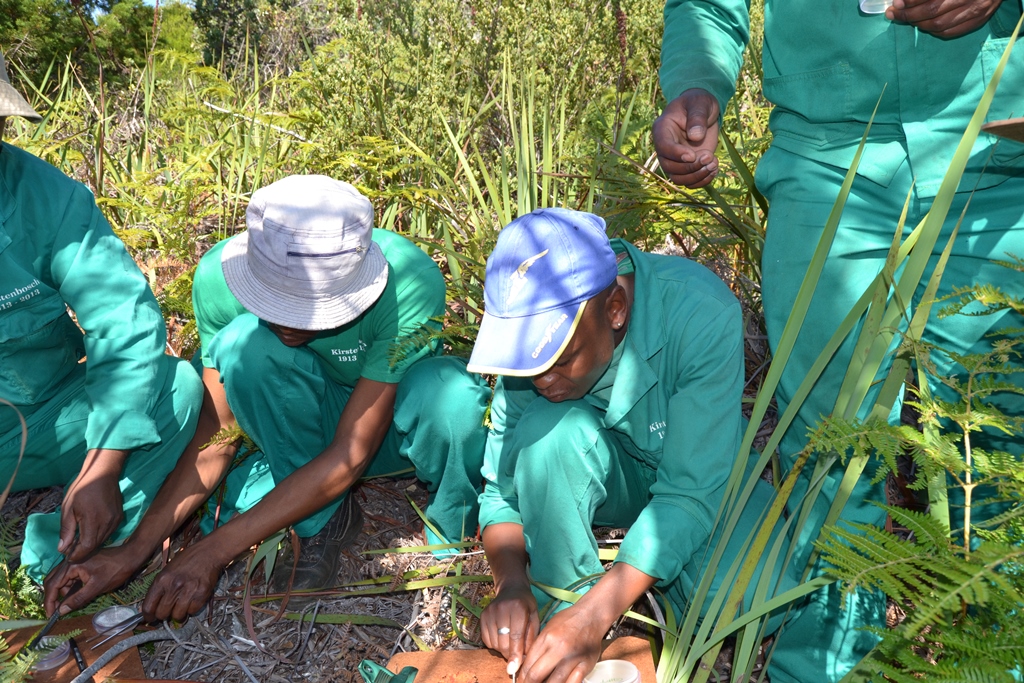 Cape Citizen Science is a FABI driven project led by PhD student Joey Hulbert. The project is designed to engage the public in research about plant disease in the fynbos biome of the Western Cape Province. The project aims to engage a range of participants, from young learners to retirees and tourists to local professionals.

On February 16-17, 2016, a workshop was offered to Protea garden staff from Kirstenbosch National Botanical Garden to improve awareness of microorganisms as the cause of plant disease and the risks of invasive species. The workshop is the first of a series that are anticipated to be held throughout the duration of the project, starting in May.

Two presentations were provided during the workshop followed by an activity to conduct field isolations of Phytophthora species:

Joey believes these workshops will help raise awareness and promote early detection of invasive species and plant disease epidemics in the future. More information about the project can be found here and Joey can be reached at CapeCitSci@gmail.com.