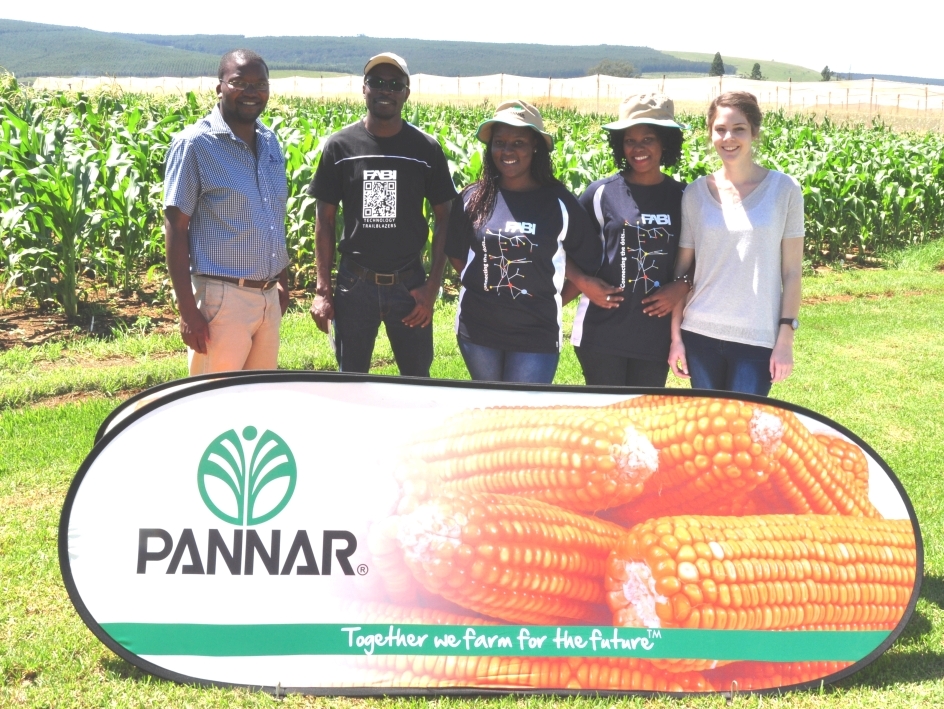 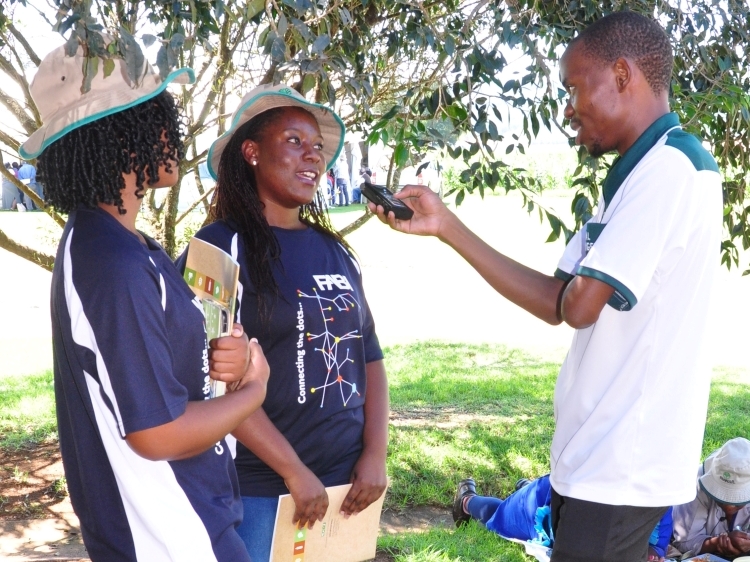 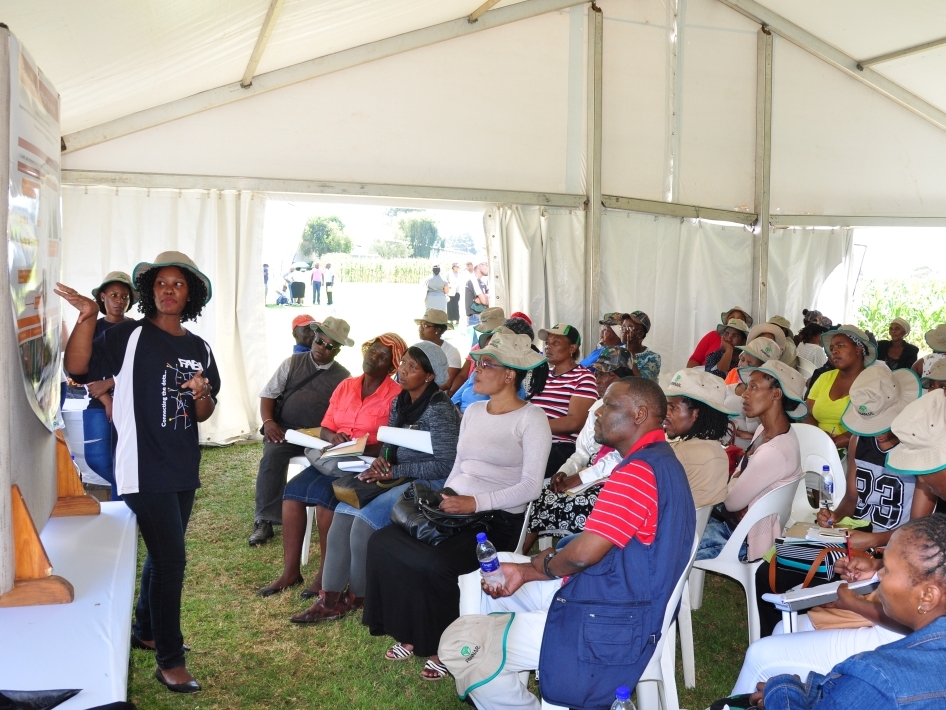 Members of the MPPI group in FABI participated in a Farmers Day for small-holder maize farmers at PANNAR SEED Pty (Ltd) in Greytown.  More than 350 farmers and extension officers attended. This was part of a project led by Prof. Dave Berger on foliar and ear-rot diseases of maize in small-holder farms in KwaZulu-Natal and the Eastern Cape, supported by the NRF-DAFF Research and Technology Fund. The project is a collaboration between UP and PANNAR, and involves the MPPI, Seed Science and CFPRG research groups in the Plant Science Department and FABI.

MSc student Katrien De Ridder from the group of Prof. Terry Aveling prepared a poster on the project, which was presented at the Farmers Day. Questions were answered in Zulu by MSc student Zimbili Mlunjwa, who showed a talent for communication. Zimbili and Honours student Thabang Msimango were interviewed by Radio Khwezi, and the main question asked was “How do we get more young people interested in Agriculture?” Outreach activities such as this by enthusiastic UP students is one way.

The MPPI team also crisscrossed KwaZulu-Natal and the Eastern Cape with PANNAR collaborators, evaluating maize hybrids for disease resistance. They experienced first hand the current drought, and widespread stunting or lack of germination of maize in farmers’ fields. However, recent rains and good maize genetics indicate that farmers will harvest this season, especially in the wetter coastal regions on the Eastern Cape. Foliar diseases were reduced due to the drought. Nevertheless, David Nsibo collected sufficient samples for his PhD study co-supervised by Dr Irene Barnes, which addresses the origins, movement and population genetics of the causal agent of grey leaf spot disease of maize in Africa.

UP’s involvement in these kinds of public-private partnerships are bringing hybrid seed and improved production practices that are contributing to the “A green evolution in Africa” recently featured in an upbeat article in The Economist.