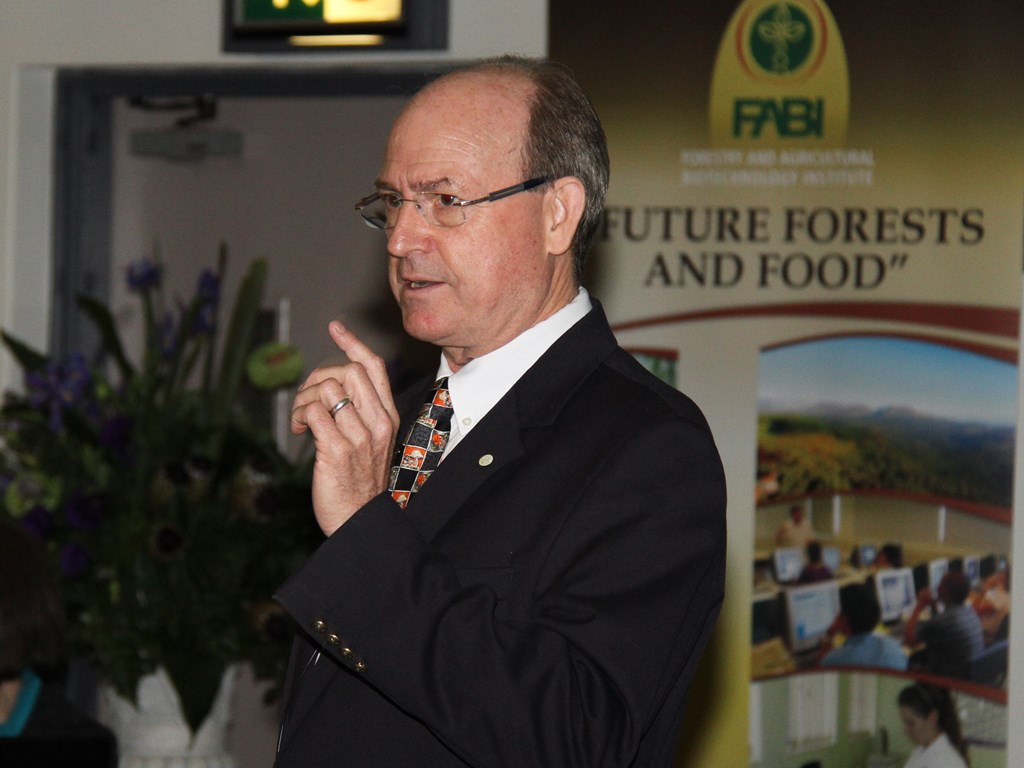 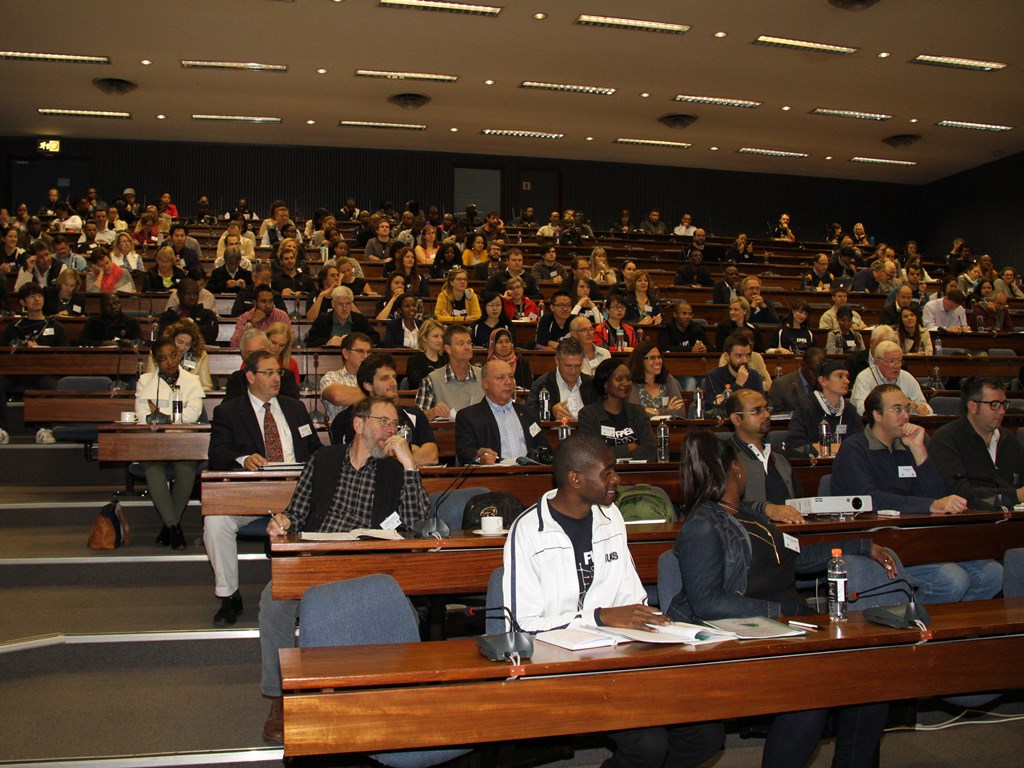 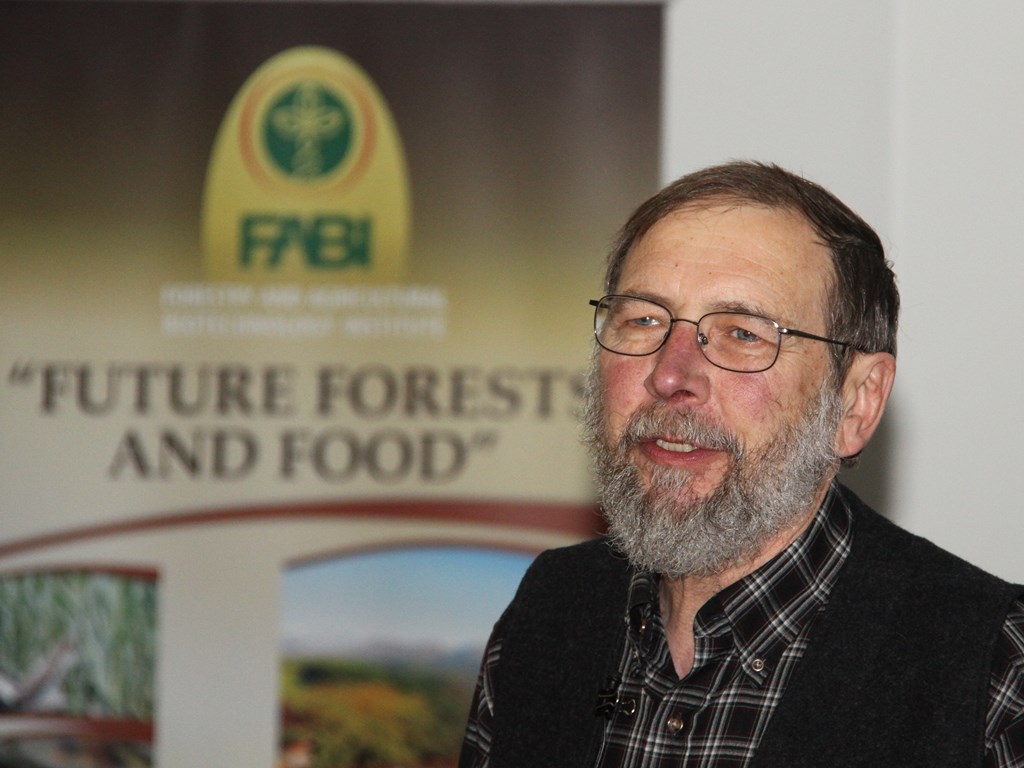 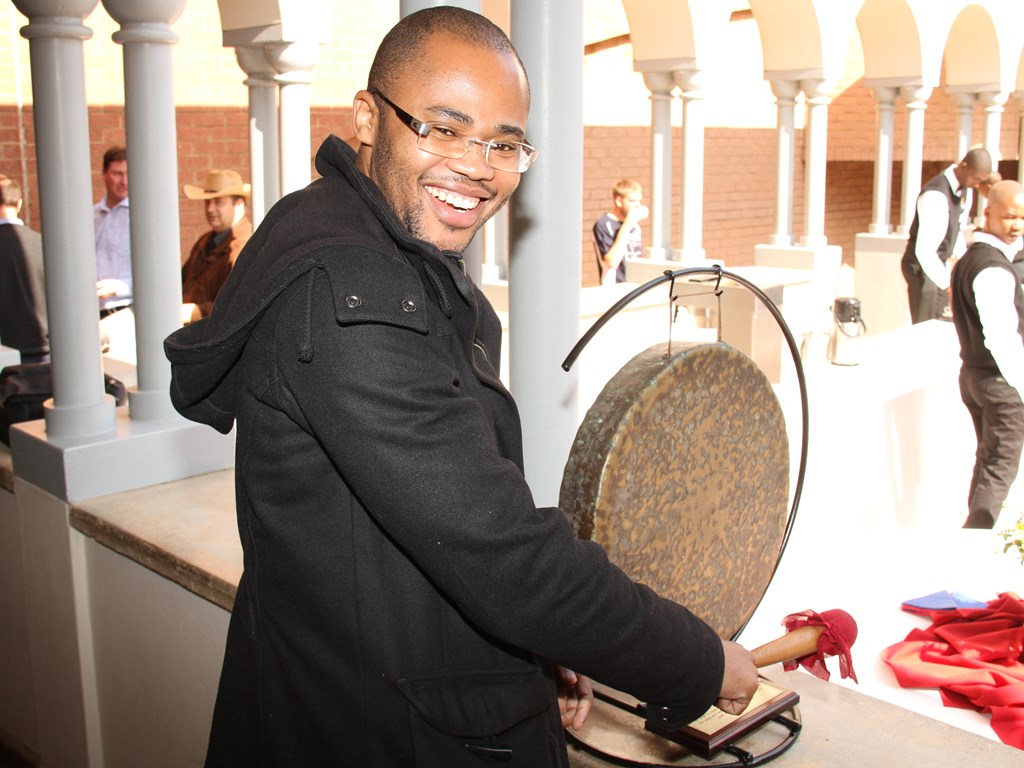 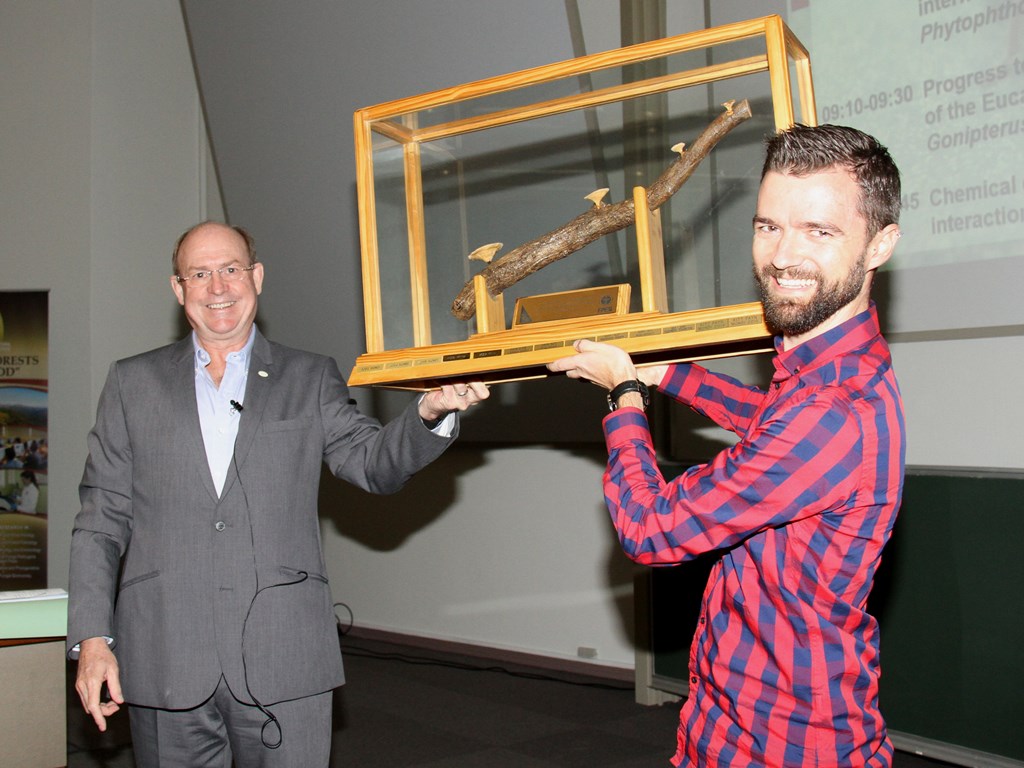 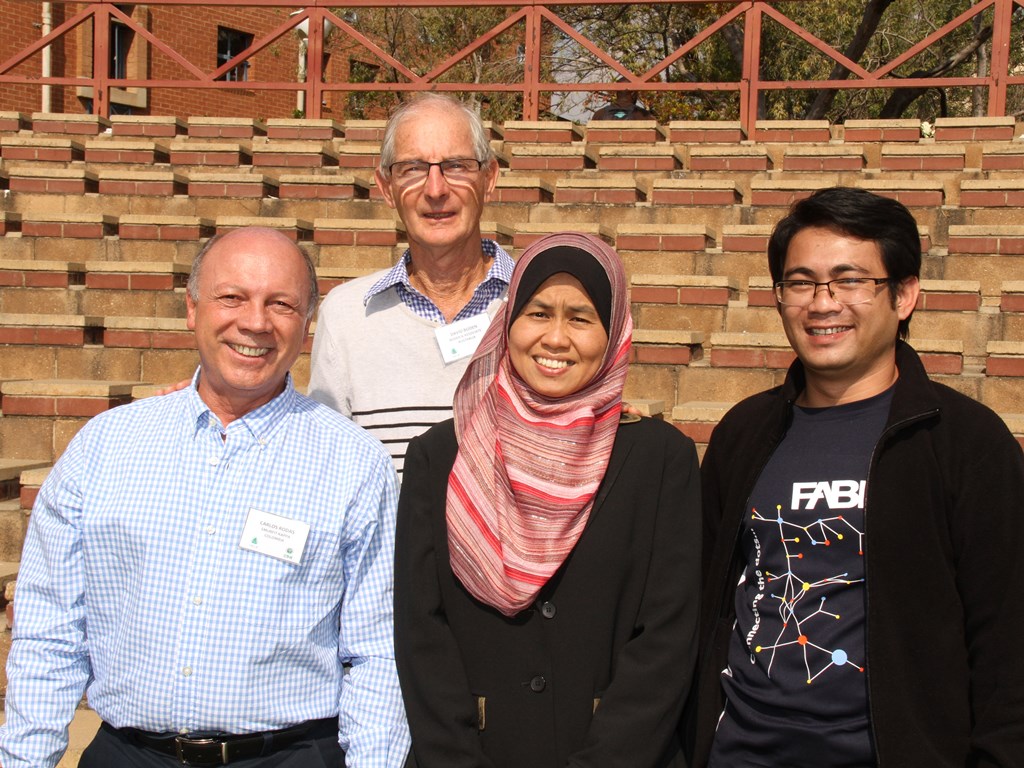 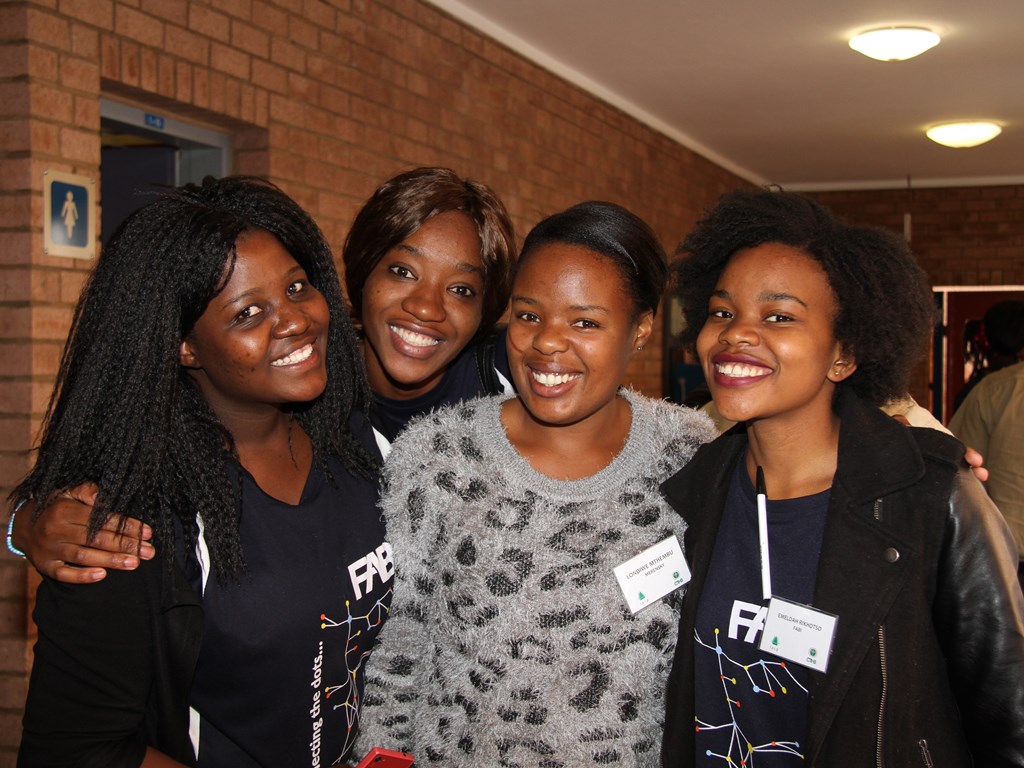 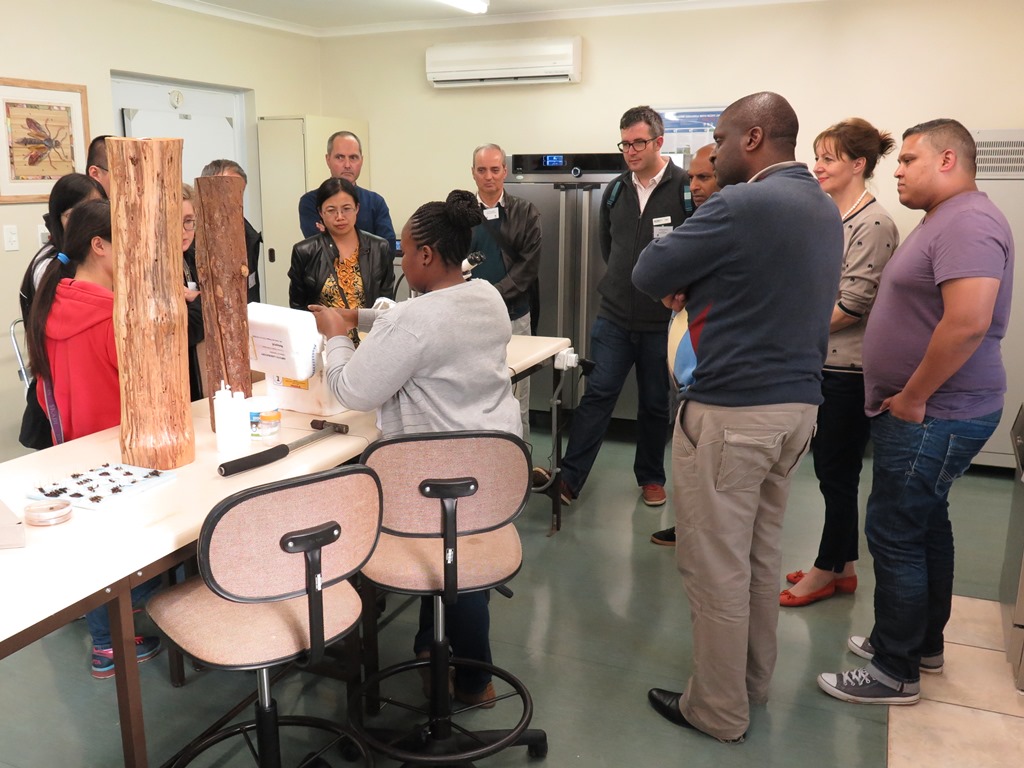 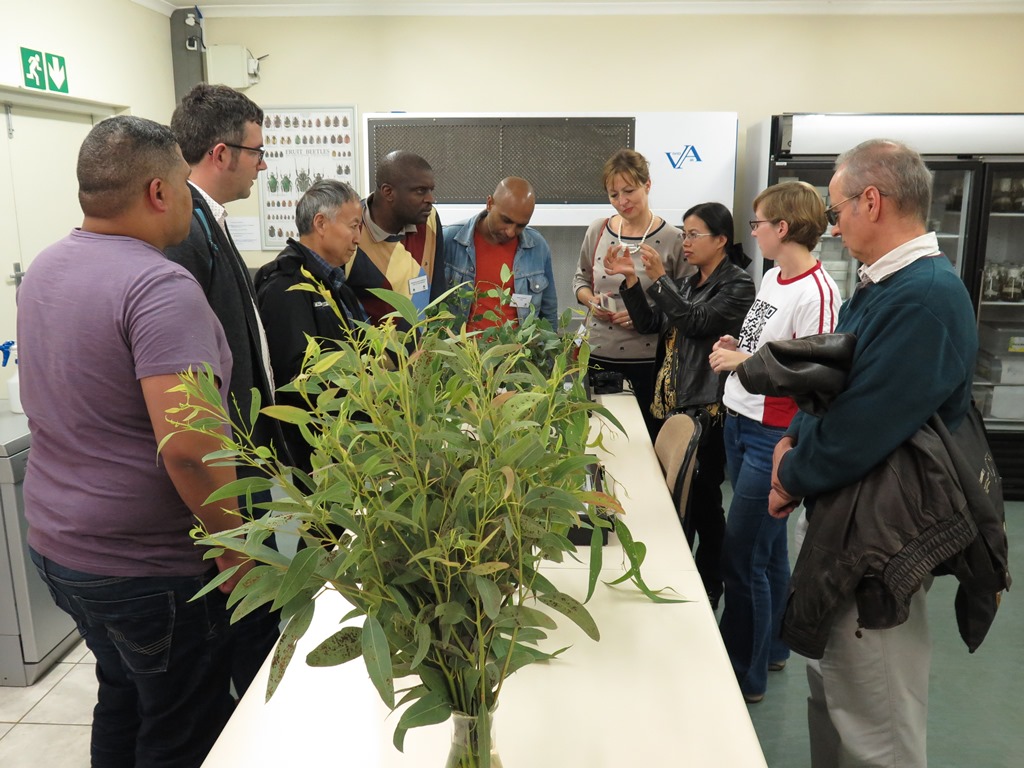 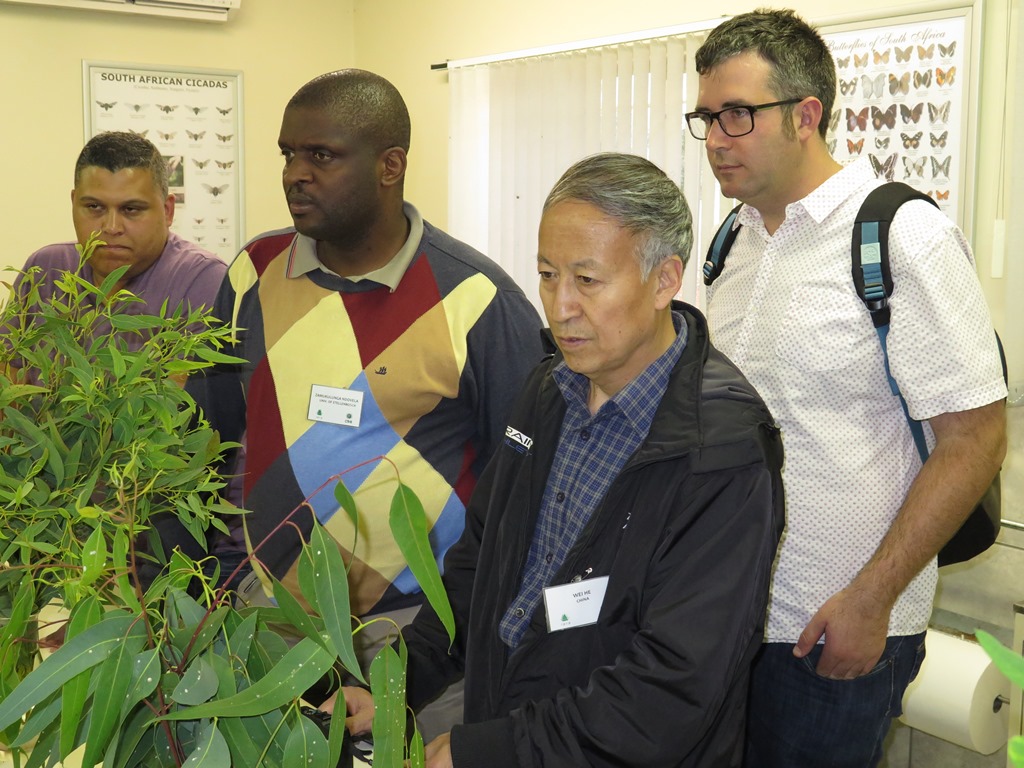 The Tree Protection Co-operative Programme (TPCP) hosted its 27th annual meeting at the University of Pretoria on 17 and 18 May. The annual symposium brought together foresters, scientists and industry stakeholders from around the world under one roof for discussions on matters related to tree and forest health. Established in 1990, the TPCP is the single largest global project focused specifically on tree health. Attendees once again shared new technologies, research findings and lessons learnt across various fields of global forest health.

FABI Director, Professor Mike Winfield chaired the programme, which brought together speakers from Canada, New Zealand, Malaysia, South Africa and the United States. Executive Director of Forestry South Africa (FSA) Michael Peter opened the first day’s proceedings with a reflective presentation on the forestry industry’s contribution to the economy, its challenges with pest and diseases as well as its commitment to supporting research and development beneficial to the industry. He also emphasised the benefits of more integrated research and partnerships with programmes such as those at FABI.

Prof. Wingfield reviewed the past year in the TPCP through a collection of photos that captured the essence of the programme. He commended staff, students and collaborators for their invaluable contribution to its success and compared sustaining global tree and forest health to “remaining above a rising storm”.  On his first visit to Africa, Professor Emeritus at Oregon State University, Everett Hansen, reflected on 40 years of research on the diseases affecting Douglas-fir in the United States.

Prof. Bernard Slippers discussed ongoing “Sirex research at FABI” in his presentation and illustrated how it has benefitted the forestry industry. He also shed light on the potential benefits of genetic editing to biological control measures by using studies on genetically modified mosquitoes in fighting mosquito-transmitted diseases as an example. In his presentation “Progress in understanding the biology of the Acacia rust pathogen Uromycladium acaciae” FABI postdoctoral fellow Dr. Stuart Fraser discussed the emergence of new disease symptoms in Acacia mearnsii and how control and management of Uromycladium acacia rests partly on understanding the different lifecycles of the pathogen and identifying its genetic markers in population biology studies.

It has proven difficult to prevent the introduction of pests and disease because of the illicit pest trade, tourism as well as the movement of untreated wood products and in some cases, bioterrorism. Scientists can however improve their responses to future introductions by managing their pathways and by studying introduction patterns and pest behaviour, said Dr Brett Hurley in his talk: “Global patterns of spread of Eucalyptus insect pests and their management”. PhD student Birhan Abate spoke about the benefits of employing entomopathogenic pathogens as biological control tool in plantation forestry in “Entomopathogenic nematodes: A potential tool to managing white grubs in plantation forestry”.

Drs Jeremy Allison of Natural Resources Canada and FABI research fellow Almuth Hammerbacher explored the little-known field of chemical ecology – the study of plants’ own defences against insects and diseases – in their respective presentations and how it has gained traction over the years. Dr. Hammerbacher argued that studies about the role of catechin, a plant secondary metabolite, in its defence against infection Melampsora larici-populina in the Black poplar trees could shed light on the chemical defence strategies of forest trees in South Africa.

In her presentation titled: “Update on Fusarium circinatum research in South Africa”, Prof. Emma Steenkamp spoke about the ability of an organism to adapt to a new environmental conditions in reference to F.circinatum. She spoke about the different factors such as gene flow, population size and sexual reproductive mode and the role they play in determining how well the pathogen survives in a new environment.

Gert van den Berg spoke about the strategies Mondi had adopted to reduce the impact of insects and pathogens on its plantations and the effects of extreme climatic conditions. These include reducing the response time to these challenges, shortening breeding cycle and testing more clones more frequently. Chief researcher at of the Borneo Forestry Co-operative in Malaysia, David Boden spoke about the challenges faced by the fledgling forestry industry in the south-east Asian country and its efforts to grow Eucalyptus and establish breeding programmes in an environment previously considered unconducive.

Dr. Peter Scott of Scion, a Crown Research Institute in New Zealand, discussed the advantages of current databases in the global fight against tree pests and diseases. He advocated for a global census of Phytophtora diseases to co-ordinate biosecurity efforts and to quantify the risk of Phytophtora diseases to forests with between 150 and 470 species yet to be discovered. His presentation was titled: “Global plant disease databases for research, risk assessment and supporting international biosecurity: A Phytophtora perspective”.

PhD student Joey Hulbert spoke about the exciting prospects of an active citizenry that is empowered to spot pests and disease. The potential benefits are great for researchers in the field as it gives them access to private land, making early detection of diseases possible and also cuts down prohibitive costs in the collection of data, he said, concluding two days of thought-provoking discussions.

A complete list of all the presenters and the titles of their presentations is available here.