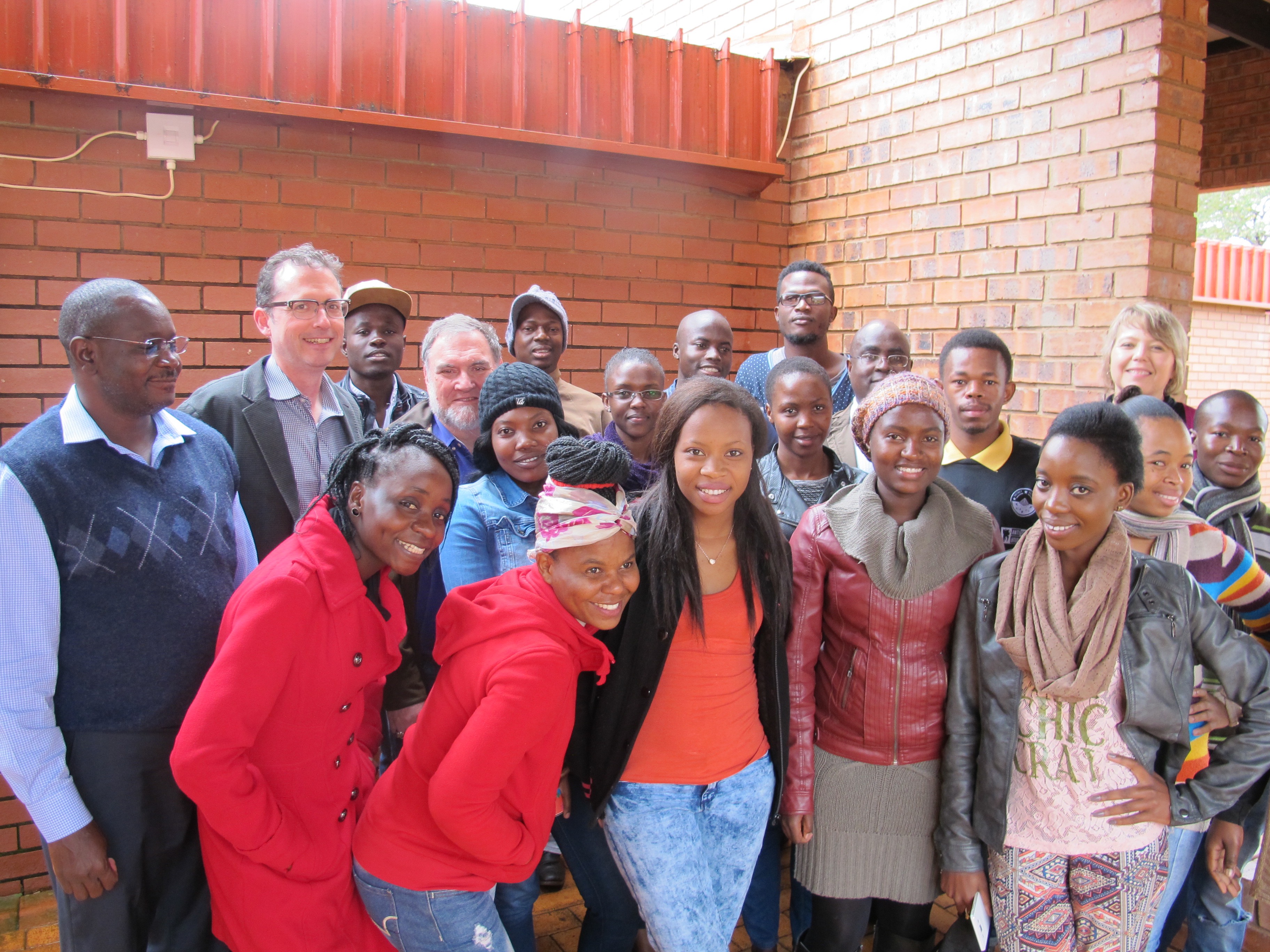 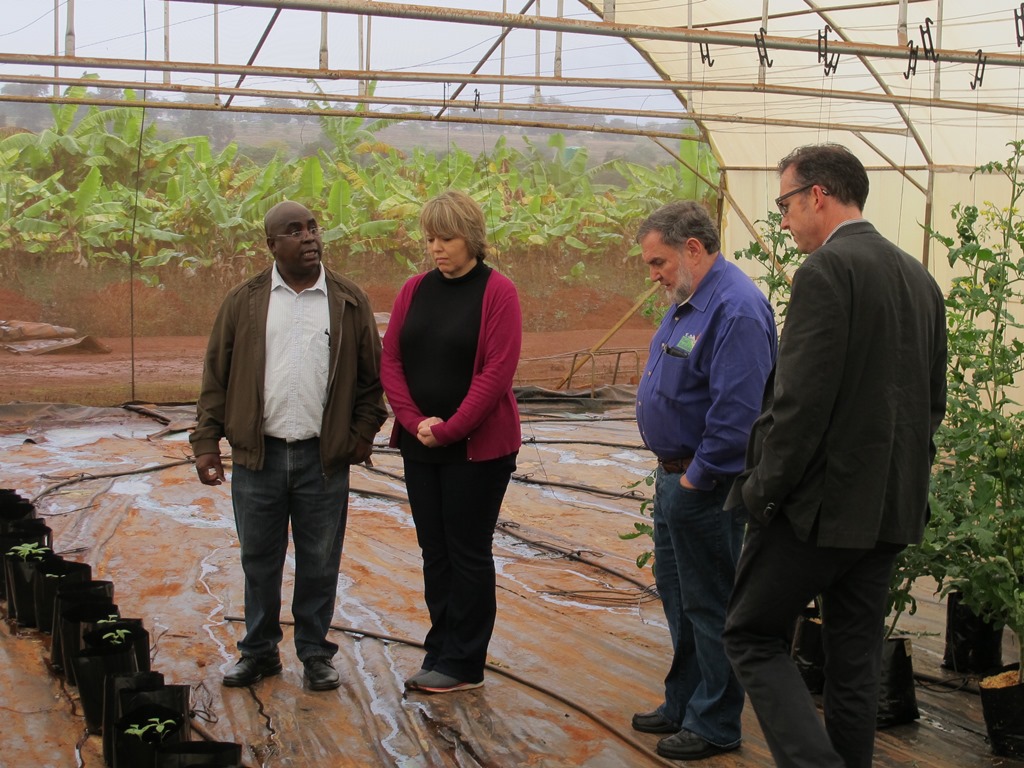 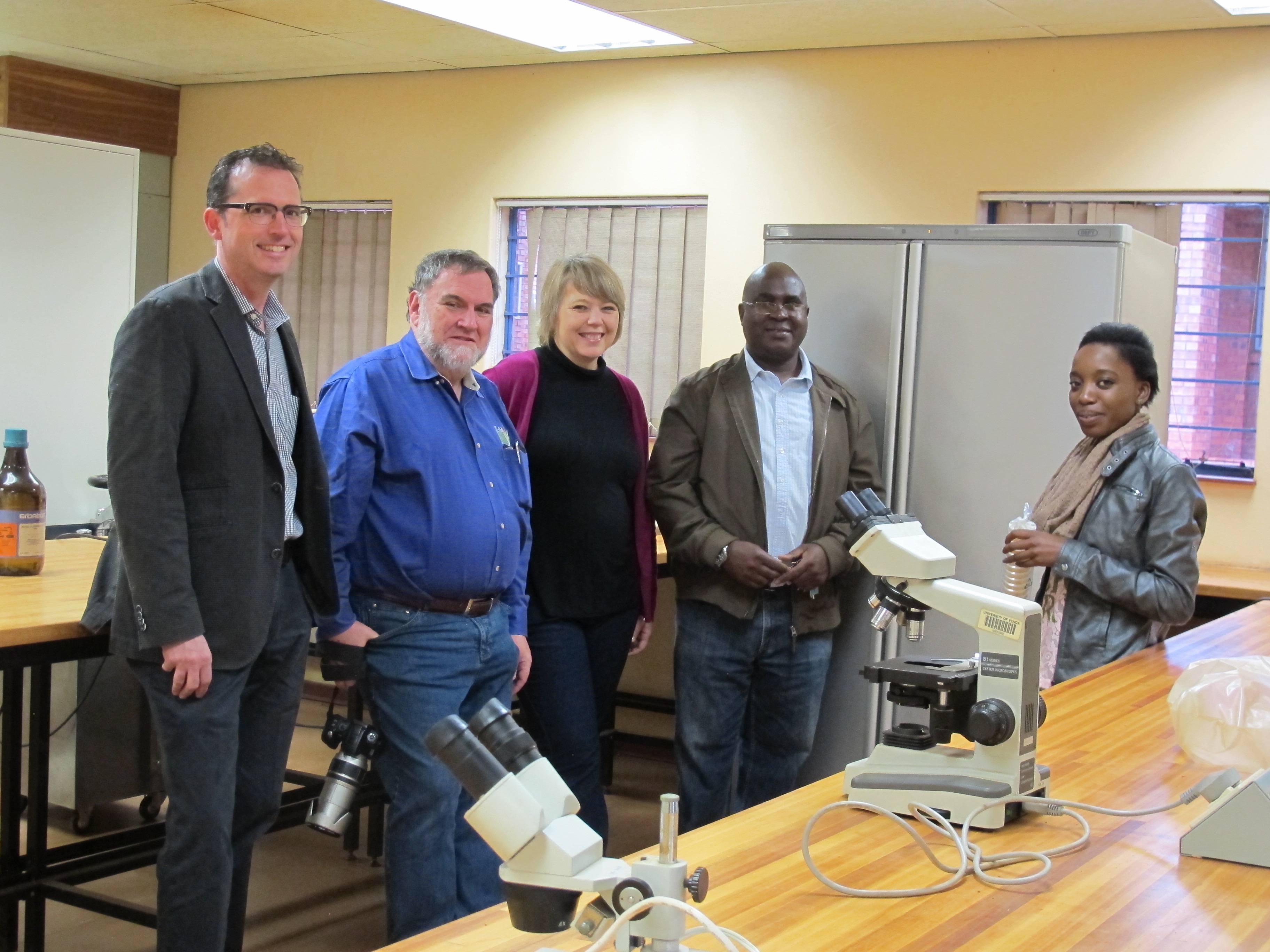 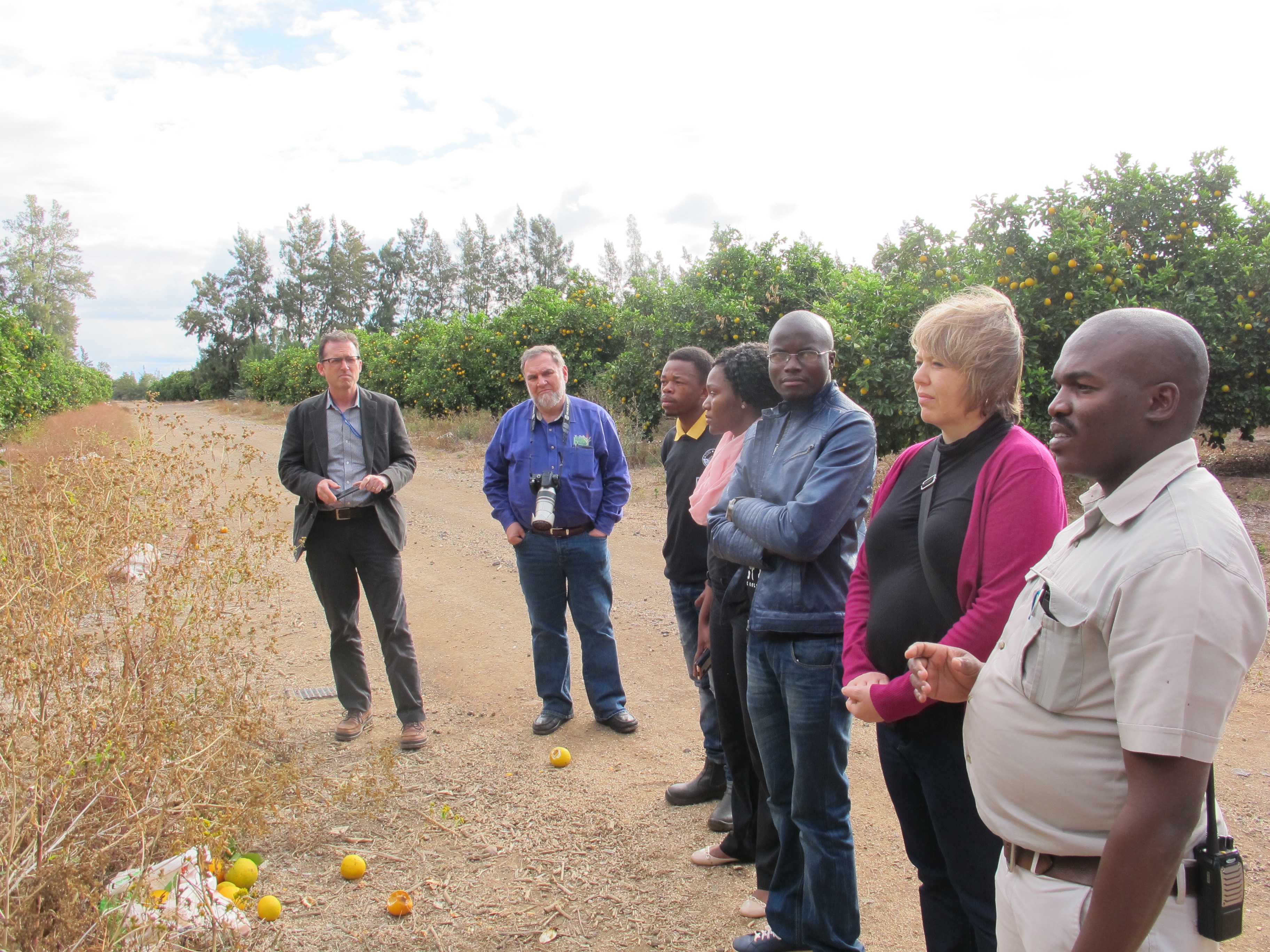 Professors John Leslie, David Geiser, Emma Steenkamp and Dr Martin Coetzee visited the School of Agriculture at the University of Venda in the Limpopo Province on 6 May 2016. Profs Leslie and Geiser are eminent scientists, recognised worldwide for their research on the fungal genus Fusarium and acted as lead-instructors at the recently held International Fusarium Laboratory Workshop at FABI.  Prof Leslie is a University Distinguished Professor in the Department of Plant Pathology at Kansas State University.  Prof Geiser is conducting his research at Penn State College of Agricultural Sciences in the Department of Plant Pathology and Environmental Microbiology where he is also the Director of the Fusarium Research Centre.

The visit to the University of Venda provided an opportunity for researchers in the School of Agriculture to interact with Profs Leslie and Geiser and to receive presentations by the distinguished Professors, dealing with various aspects of Fusarium. Prof Geiser presented a talk entitled “Fungal Taxonomy: Naming your friends and enemies” in which he highlighted the reasons why the taxonomy of fungi is important to distinguish friends from enemies, and how modern taxonomic tools have elucidated the systematics of previously misidentified fungi. Prof. Leslie discussed mycotoxins in his presentation entitled “Mycotoxins in a war-torn country”. This seminar focused on the effects of mycotoxins, especially those produced by Fusarium species on nuts and raisins, on the health of humans and animals in Afghanistan. The visit was concluded by a tour of a citrus farm near Thsipise together with students from the School of Agriculture.

1. Students and faculty of the School of Agriculture that attended the lectures by Profs Leslie and Geiser.

2. Visiting greenhouses at the School of Agriculture with Prof. Eastonce Gwata.

5. Visit to a citrus farm near Tshipise in Limpopo.