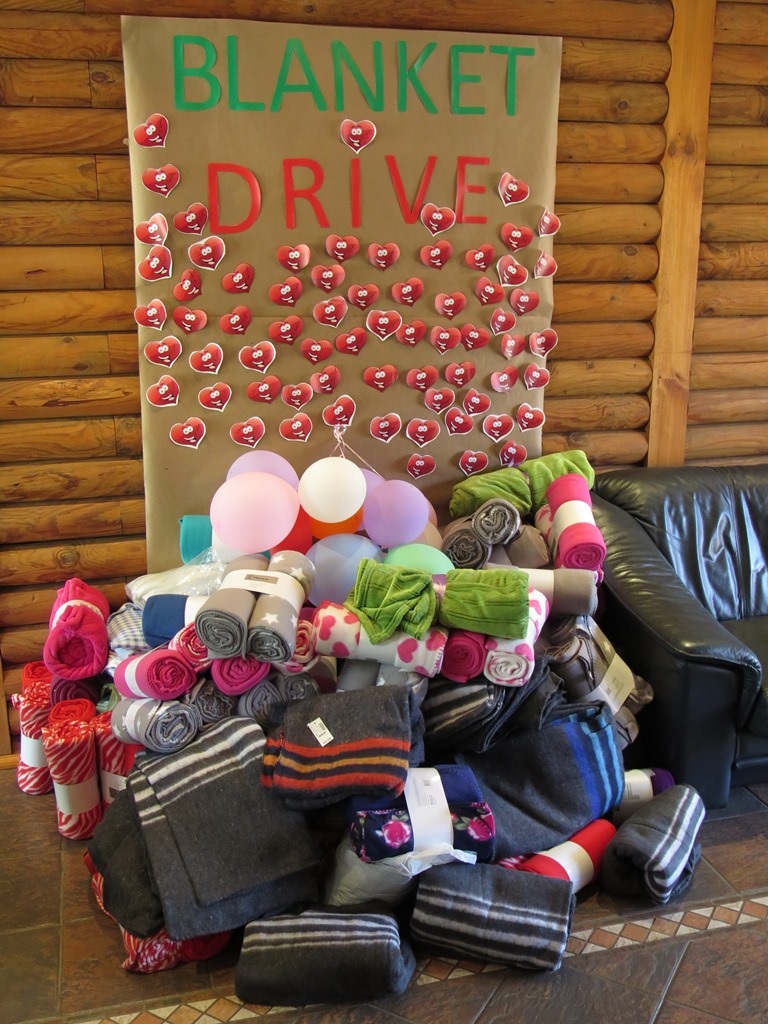 About 200 blankets collected by staff and students at FABI as part of the institute’s Annual Blanket Drive have brought some warmth and comfort to homeless people in the suburbs surrounding the University. Prof. Noelani van den Berg delivered the blankets to the Philadelphia Congregation. The church is one of six dominations that run a feeding programme for the homeless in the Hatfield and Hillcrest suburbs. The churches facilitating the programme, Meet and Eat, include 3rd Place, Brooklyn Gereformeerde Kerk, Elim Full Gospel Church, NG Kerk Universiteitsoord and St Wilfrid’s Anglican Church.

Meet and Eat opens its doors on Friday afternoons to homeless people in need of a warm meal. Kristy van der Merwe received the blankets and said the donation had come at the right time as Meet and Eat had received many requests for blankets as temperatures continued to plummet. FABI staff and students contributed new and used blankets as well as warm winter clothing to the campaign, which is one of two annual social responsibility initiatives at FABI. FABIans donated nearly 2000 litres of bottled water to Operation Hydrate, a nationwide drought relief campaign in February.