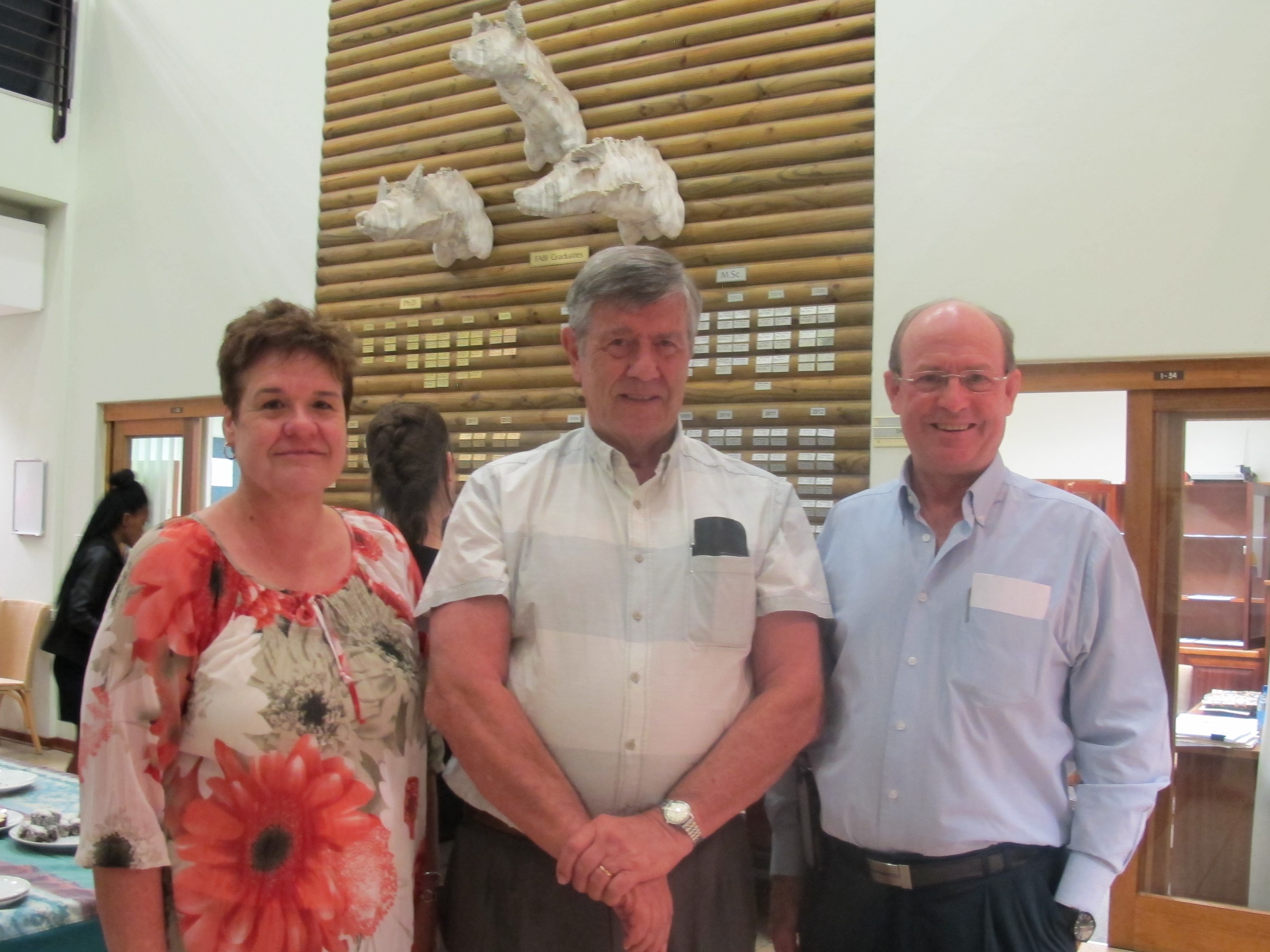 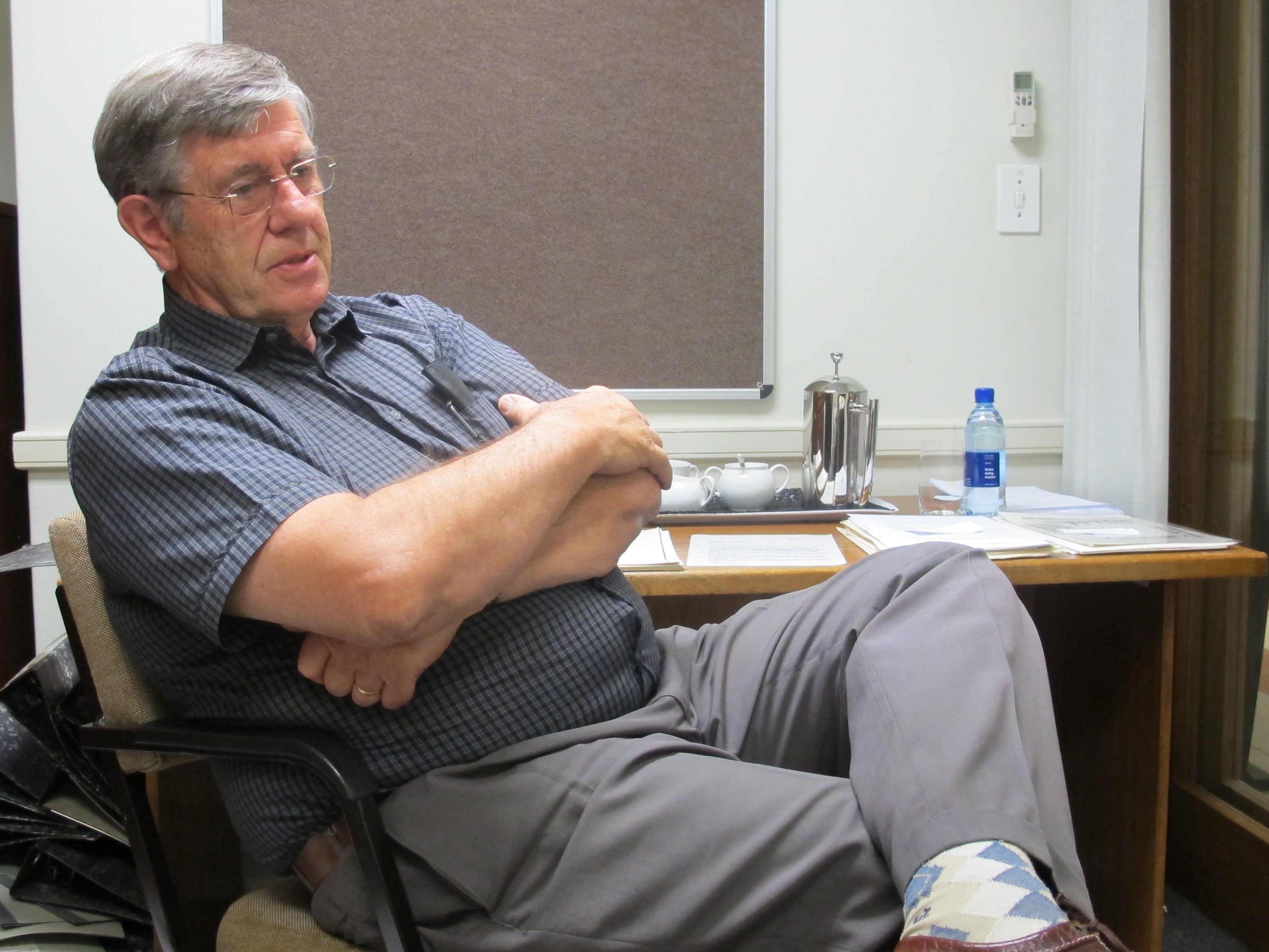 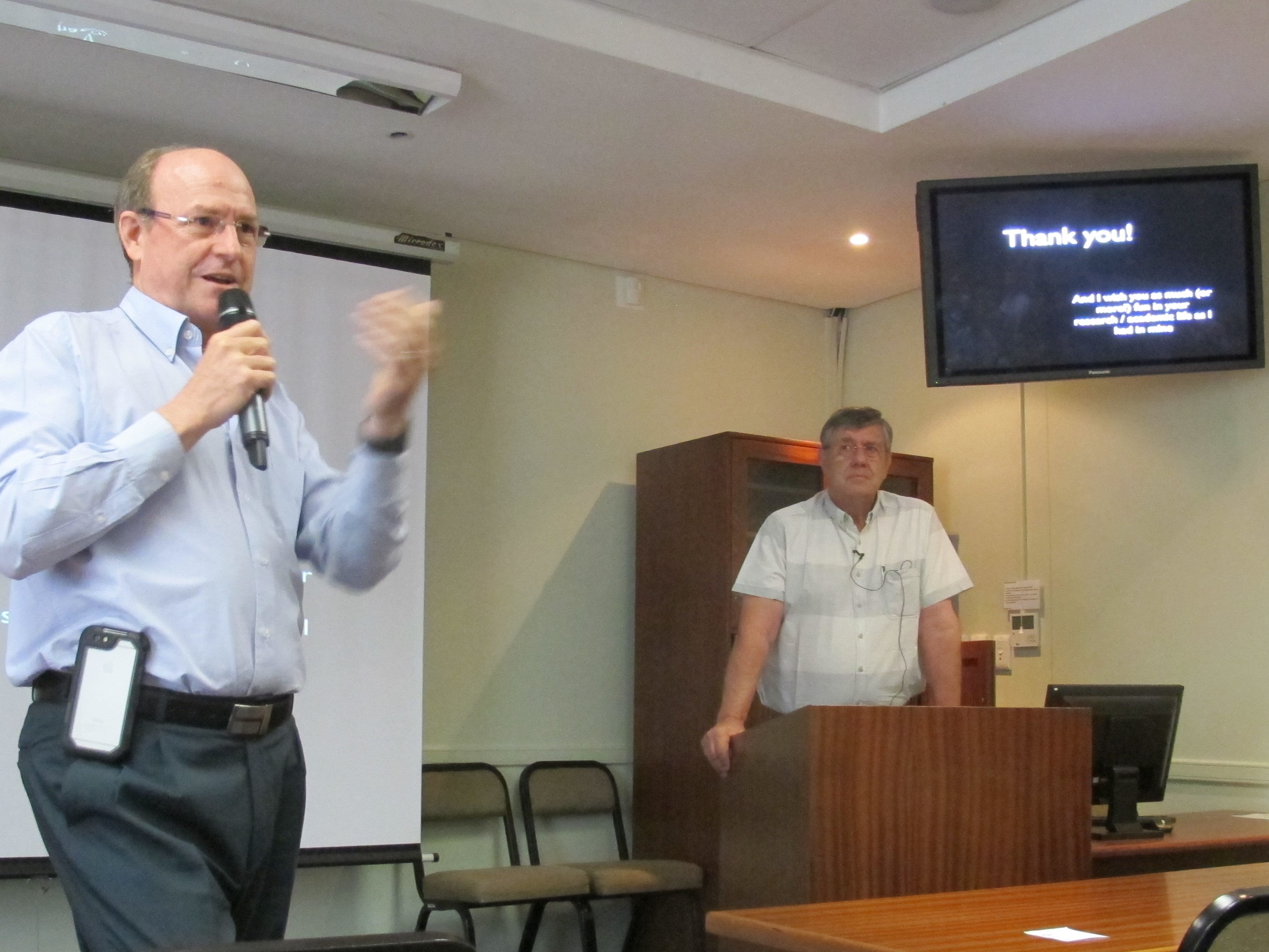 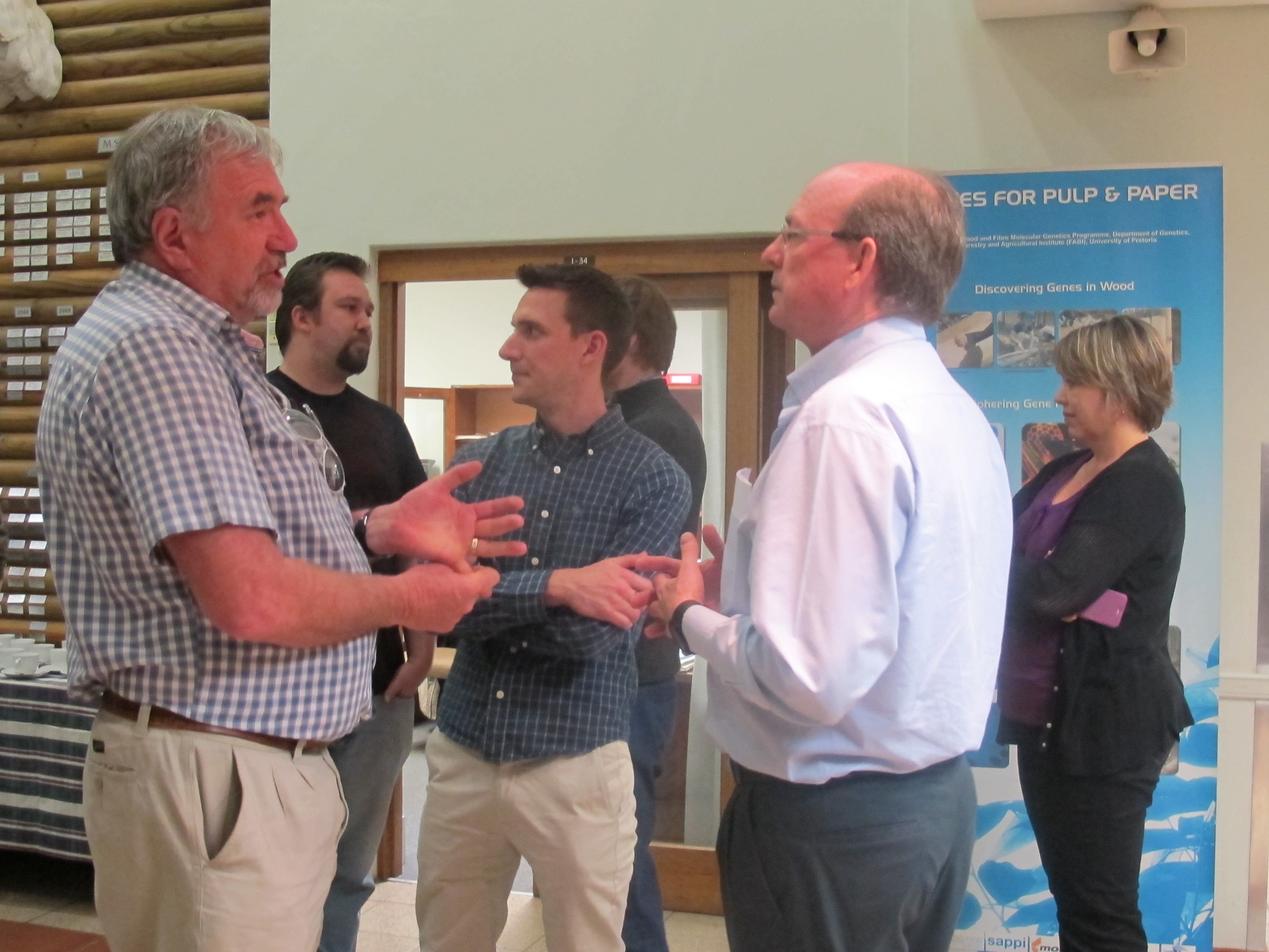 Despite having had a close relationship with various FABI management committee members that spans decades, Professor Emeritus Frits Rijkenberg visited the Institute for the first time this week. A former Dean in the Faculty of Agriculture at the University of KwaZulu-Natal and previously a head in its Department of Microbiology and Plant Pathology, Prof Rijkenberg mentored FABI Director Prof. Mike Wingfield while a student at the University of Natal and was also Prof. Teresa Coutinho’s PhD supervisor.

Prof. Rijkenberg visited FABI to peruse the archives of the Southern African Society for Plant Pathology (SASPP) – an organisation he led in 1984 – in preparation for his address on its 50-year anniversary conference in January 2017 and to present a special seminar on some of his seminal work on rust fungi. He started research on rust fungi while a student in the 1960s under the tutelage of Prof. Susarah Truter, the first woman in the world to be appointed Dean in the Faculty of Agriculture at a university.

Prof. Rijkenberg was also the first person to publish electron microscope studies on the pycnial and aecial stages of a rust fungus. He showcased some of these images in a visual special seminar titled “Rust and their early penetration” at FABI on 14 September, focusing mainly on the first 30 hours after inoculation by a rust fungus.

Prof. Wingfield commended Prof. Rijkenberg on “absolutely remarkable” images and on his many years of research on difficult and time-consuming work that was increasingly being overlooked in favour of the genetics in host-pathogen interactions. He also thanked Prof. Rijkenberg for giving true mentorship to all his students. Prof. Rijkenberg said he was looking forward to publishing more images from his research, some of which can be viewed here.