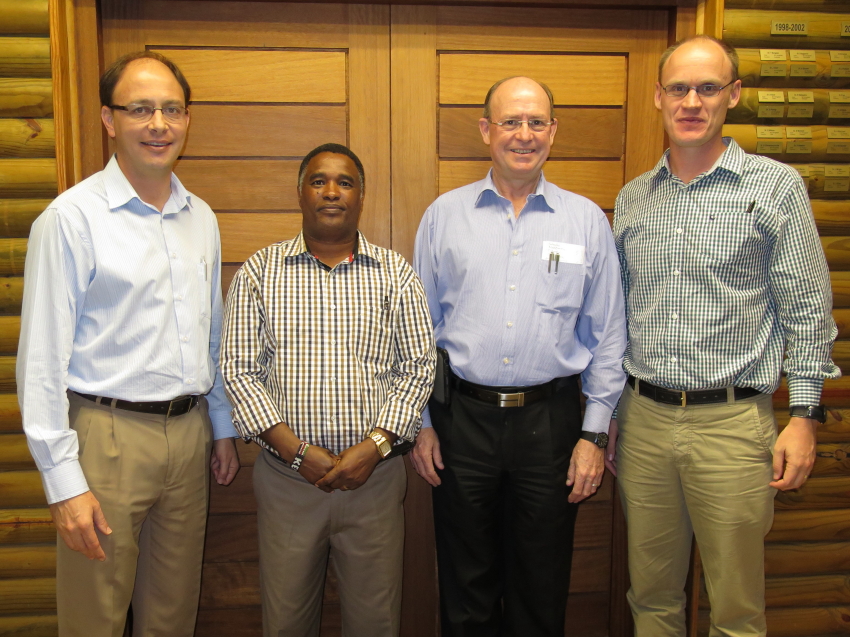 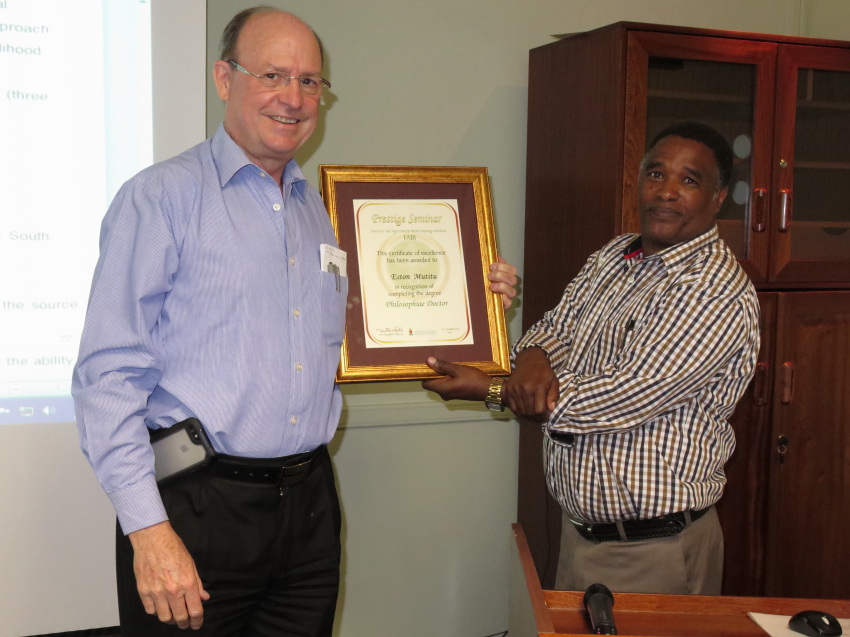 FABIans celebrated the milestone of Eston Mutitu completing his PhD degree with a prestige seminar on 18 November. This was followed by his PhD oral examination, which he subsequently passed. His project was titled “Invasion history of Thaumastocoris peregrinus and development of a biological control agent". He completed this study under the supervision of Prof. Bernard Slippers, Dr Jeff Garnas, Dr Brett Hurley and Prof. Mike Wingfield. His external examiners were Prof. Carlos Wilcken from Sao Paulo State University, Dr Mario Lombardero from the University of Santiago de Compostela, as well as Prof. Kerstin Kruger and Prof. Andrew McKechnie from the University of Pretoria.

Eston investigated the origin and invasion history of T. peregrinus, also known as the Bronze bug. This destructive pest has caused huge economic losses in eucalyptus growing areas around the world. It was introduced from Australia to Africa – initially in South Africa and subsequently Kenya – as well as South America and Europe. Eston traced the origin of the African and South American introductions, which occurred simultaneously, to the New South Wales region in Australia. He counted human travel and trade as contributing to its spread and invasion not only in Africa but elsewhere in the world.

As part of the Tree Protection Co-operative Programme (TPCP) team in FABI, Eston was instrumental in establishing a biological control programme against T. peregrinus, culminating in the release of the parasitic wasp Cleruchoides noackae in 2013. As principal research scientist at the Kenya Forestry Research Institute (KEFRI), Eston is involved in the development of a management strategy against the pest in his home country. Prof. Wingfield congratulated him on his pioneering work and for being a world leader in the field.