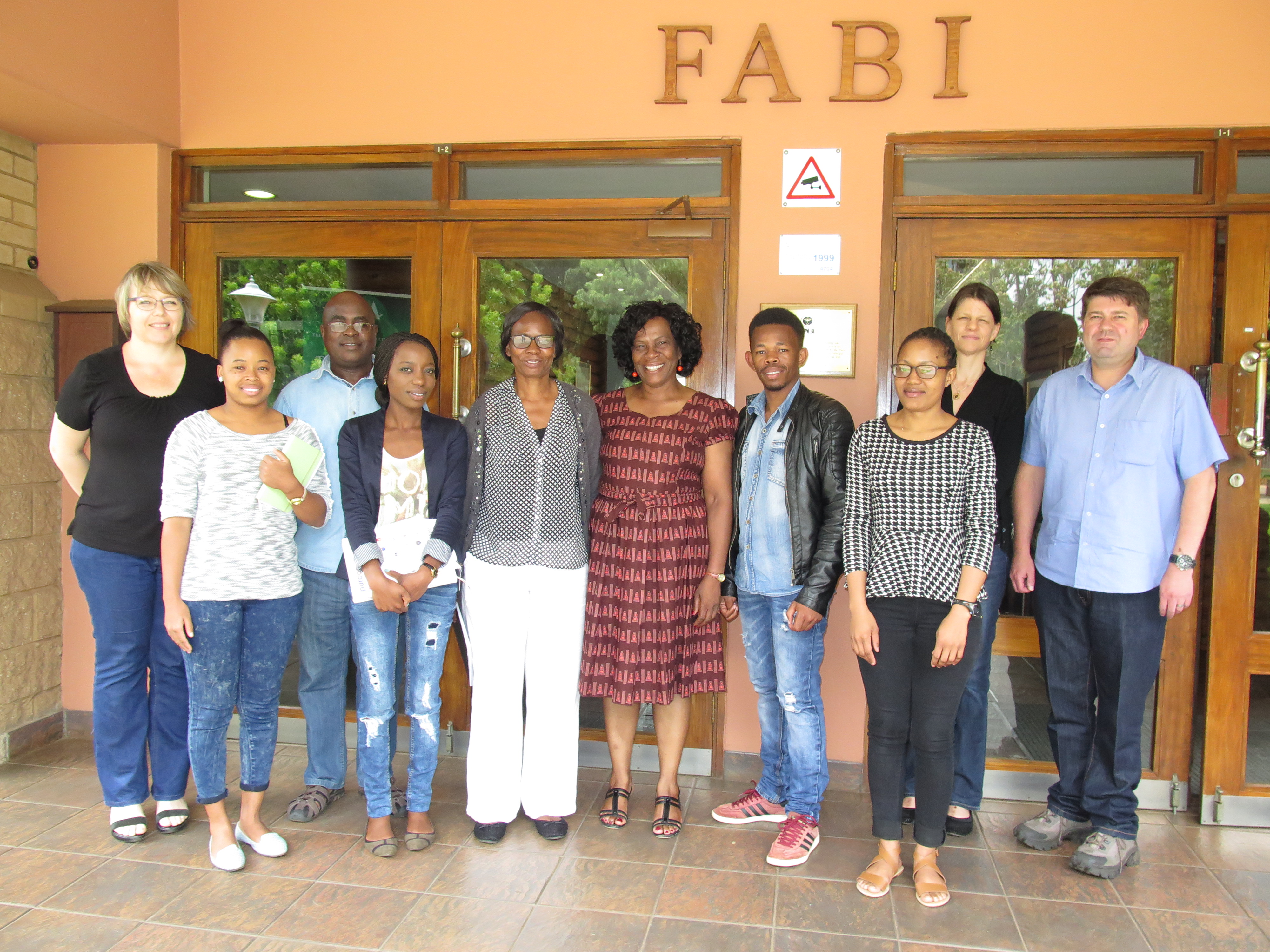 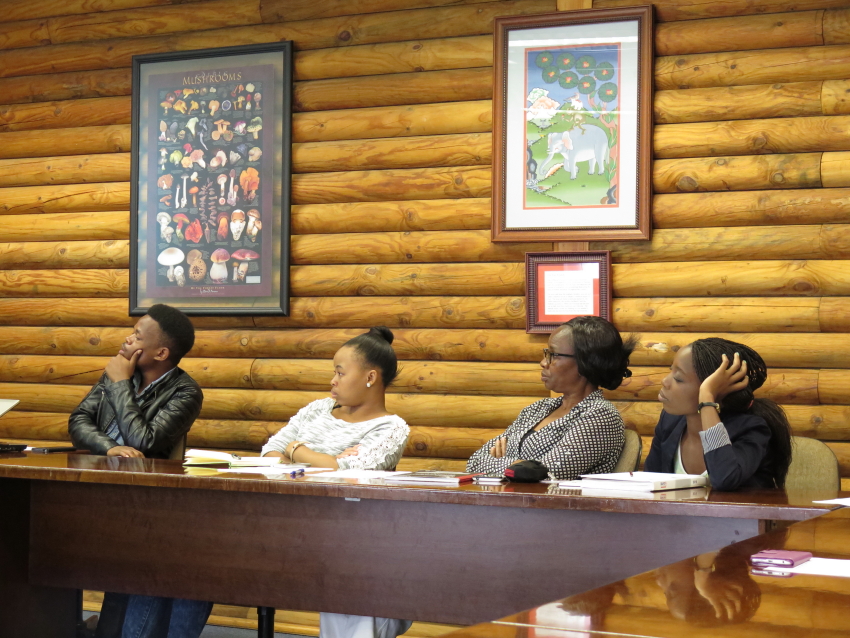 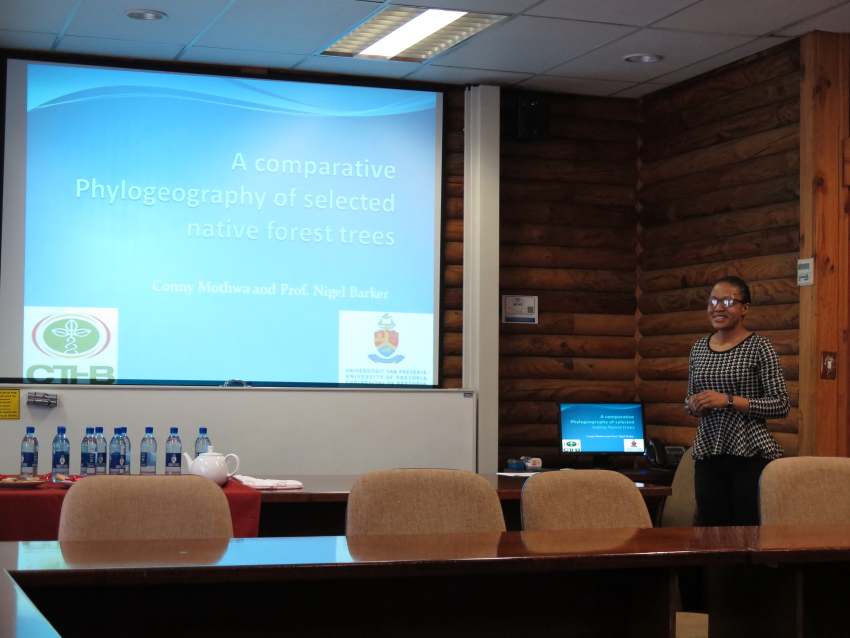 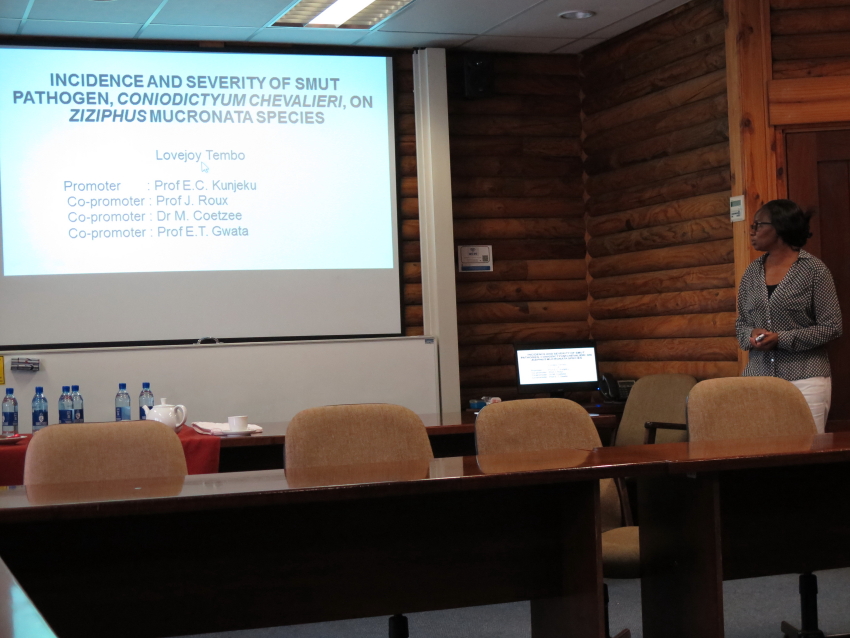 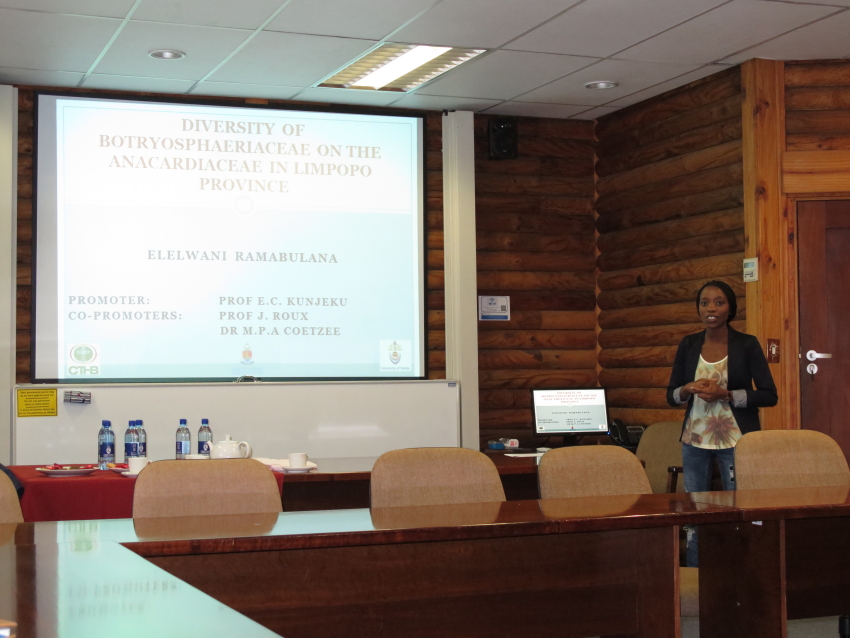 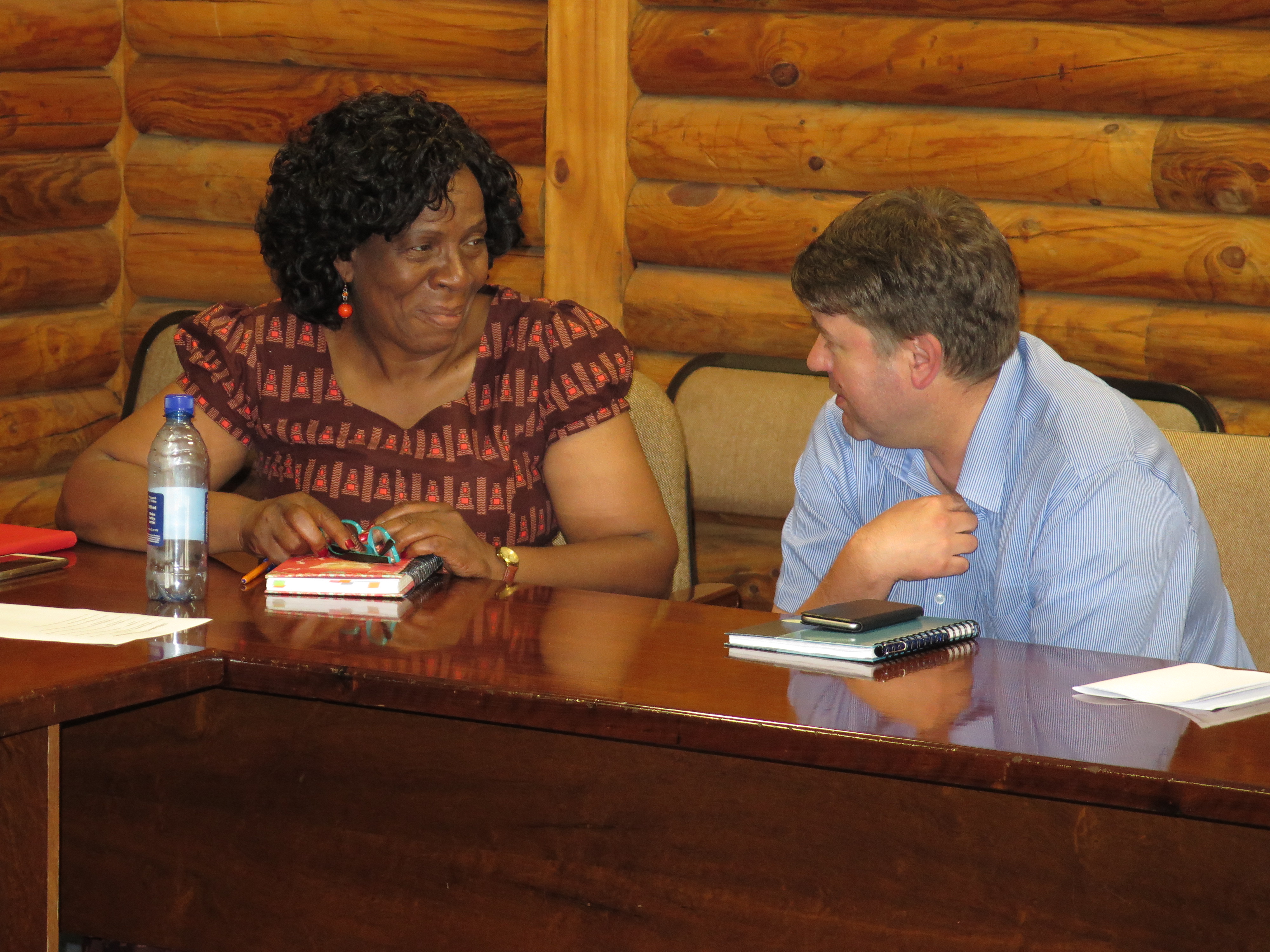 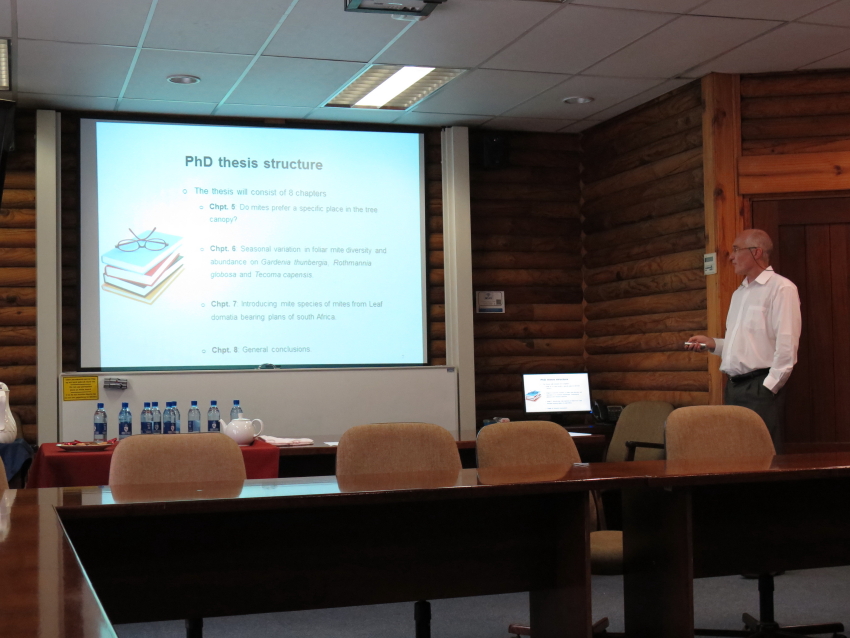 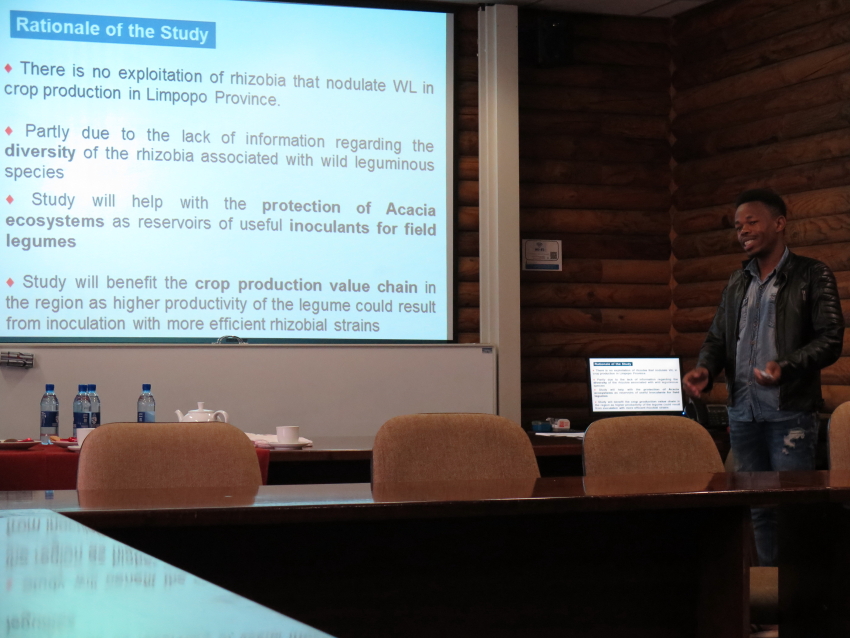 Students at Rhodes University (RU) and the University of Venda (UV) with projects funded by the DST-NRF Centre of Excellence in Tree Health Biotechnology (CTHB) presented progress on their research projects on 23 November at FABI. This meeting forms part of the annual CTHB Roadshow which is a feedback session where core team members in the CTHB guide students on their research and also discuss areas and opportunities for future research.

Deputy Director in the CTHB Prof Emma Steenkamp, Prof Nigel Barker of the School of Plant and Crop Sciences at the University of Pretoria, Dr Martin Coetzee of the Department of Genetics at UP as well as Prof Eastonce Gwata and Prof Ednah Kunjeku from the Department of Plant Production at UV, led the process.

The presenters and their presentation titles are listed below:

Prof Barker presented on behalf of PhD student at RU, Sivu Situngu, who could not attend: “Ecological associations between leaf domatia and mites”. The study focuses on an area that has not been researched extensively.

MSc student at the School of Plant and Crop Sciences at UP, Conny Mothwa presented “A comparative phylogeography of selected native forest species” focusing on three indigenous tree species that grow in different regions in South Africa.

PhD student at the UV Lovejoy Tembo discussed the different roles that factors as temperature and rainfall have on the prevalence of a smut disease in: “Incidence and severity of smut pathogen Coniodictyum chevalieri on Ziziphus mucronata species”.