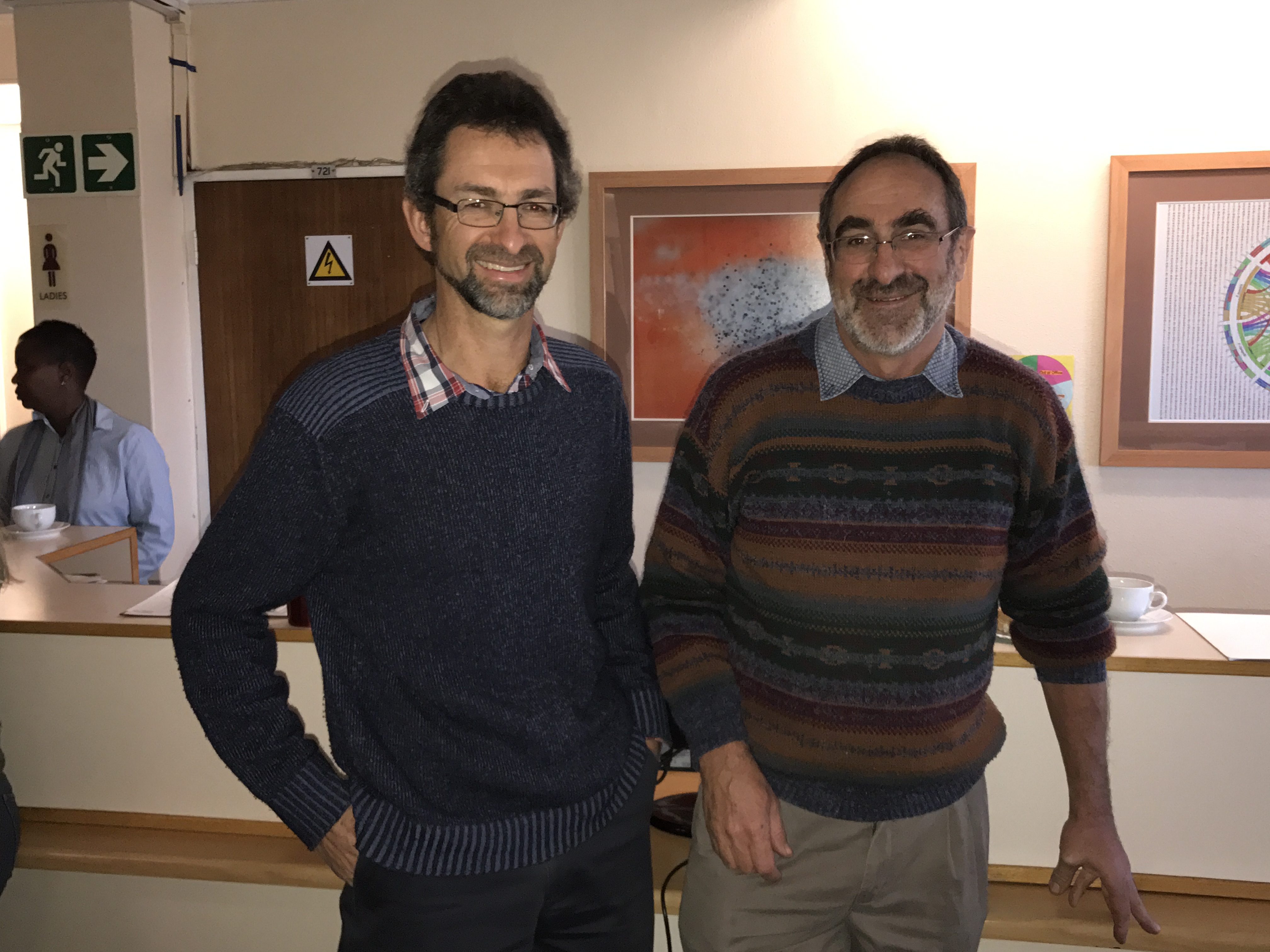 Staff and students in the Department of Microbiology and Plant Pathology of the University of Pretoria gathered on 21 August to wish Extraordinary Professor Gerhard Pietersen well as he takes up a research position in the Western Cape. Prof. Pietersen was the research leader of the Plant Virology Group research programme in FABI.

Prof. Pietersen led research on plant viruses of agronomic importance at UP and the Agricultural Research Council-Plant Protection Research Institute (ARC-PPRI). He joined the Department of Microbiology and Plant Pathology in 2004 after being seconded by Citrus Research International, a research and technical services organisation serving the citrus industry in southern Africa. He left CRI in 2009 to return to ARC-PPRI and remained seconded to UP.

He supervised 16 completed MSc's and two completed PhD's during his time at UP. He counted his students’ achievements as his highlights during his tenure, of which the following two are just two of many he recounted: Helen Walsh developing the first Loop mediated amplification of RNA (LAMP) technique internationally to grapevine leafroll associated virus-3 (GLRaV-3) as part of her MSc, and the development of a valuable technique for the analysis of citrus tristeza virus (CTV) populations as part of Dr David Read’s PhD. The latter tecnhique was also used to perform the most comprehensive survey of any plant virus populations worldwide.

Prof. Pietersen leaves for the Department of Genetics at the University of Stellenbosch on 26 August, where he will focus on research on the viruses of grapevines. FABI wishes him well!