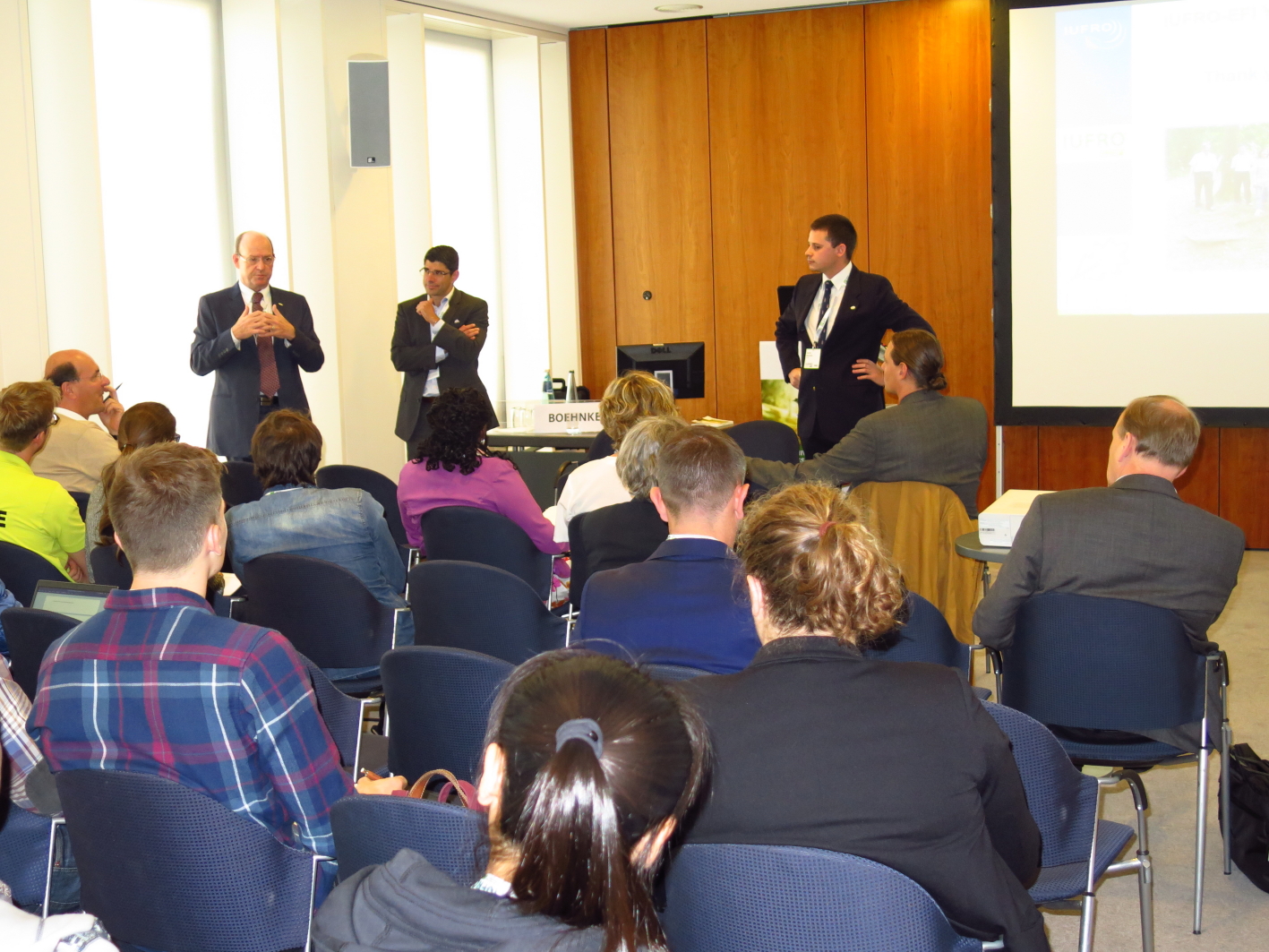 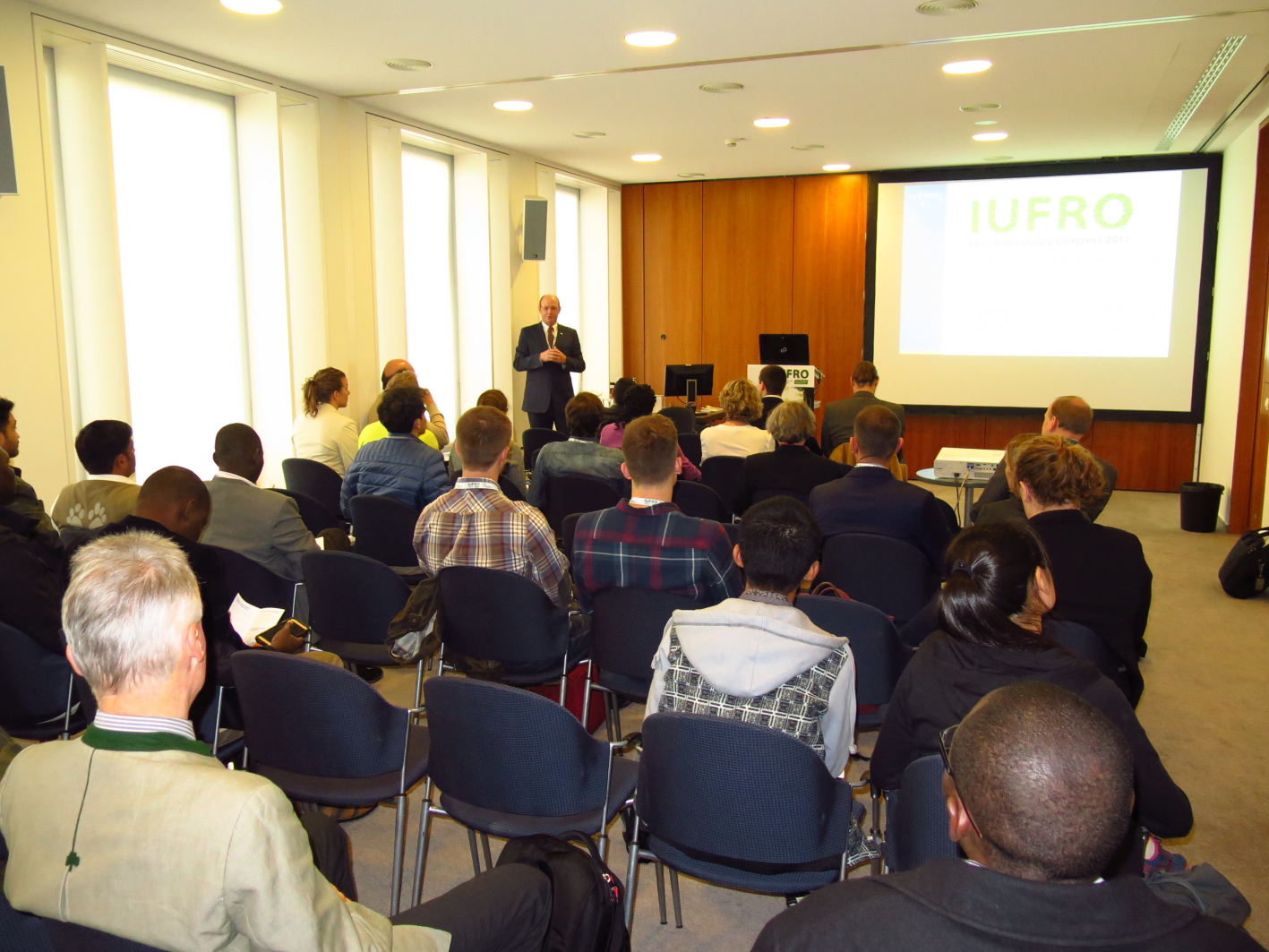 IUFRO President Prof. Mike Wingfield and European Forest Institute (EFI) Director, Dr Marc Palahí launched the IUFRO-EFI Young Scientists Initiative on 21 September, during the IUFRO 125th Anniversary Congress in Freiburg, Germany. This new joint initiative will see five young scientists, aged 35 years and younger, selected from applicants from Africa, Asia and Latin America for mentorship under the guidance of participating academic partners. Each of the successful applicants will receive a €5,000 grant to travel to Europe and collaborate with their chosen mentor. The initiative is initially limited to young scientists employed in research institutes and is aimed at developing their professional scientific careers.  Prof Wingfield said “It is my hope that this new initiative will grow from strength to strength with the two organisations support as well as that of the International Forestry Students' Association (IFSA)”. The aim will be to source funding to allow increasing numbers of young scientists from the developing world to participate in this mentorship exchange programme.

Information about the initiative and the application process, which closes on 31 December 2017, can be found on both the IUFRO and EFI websites.