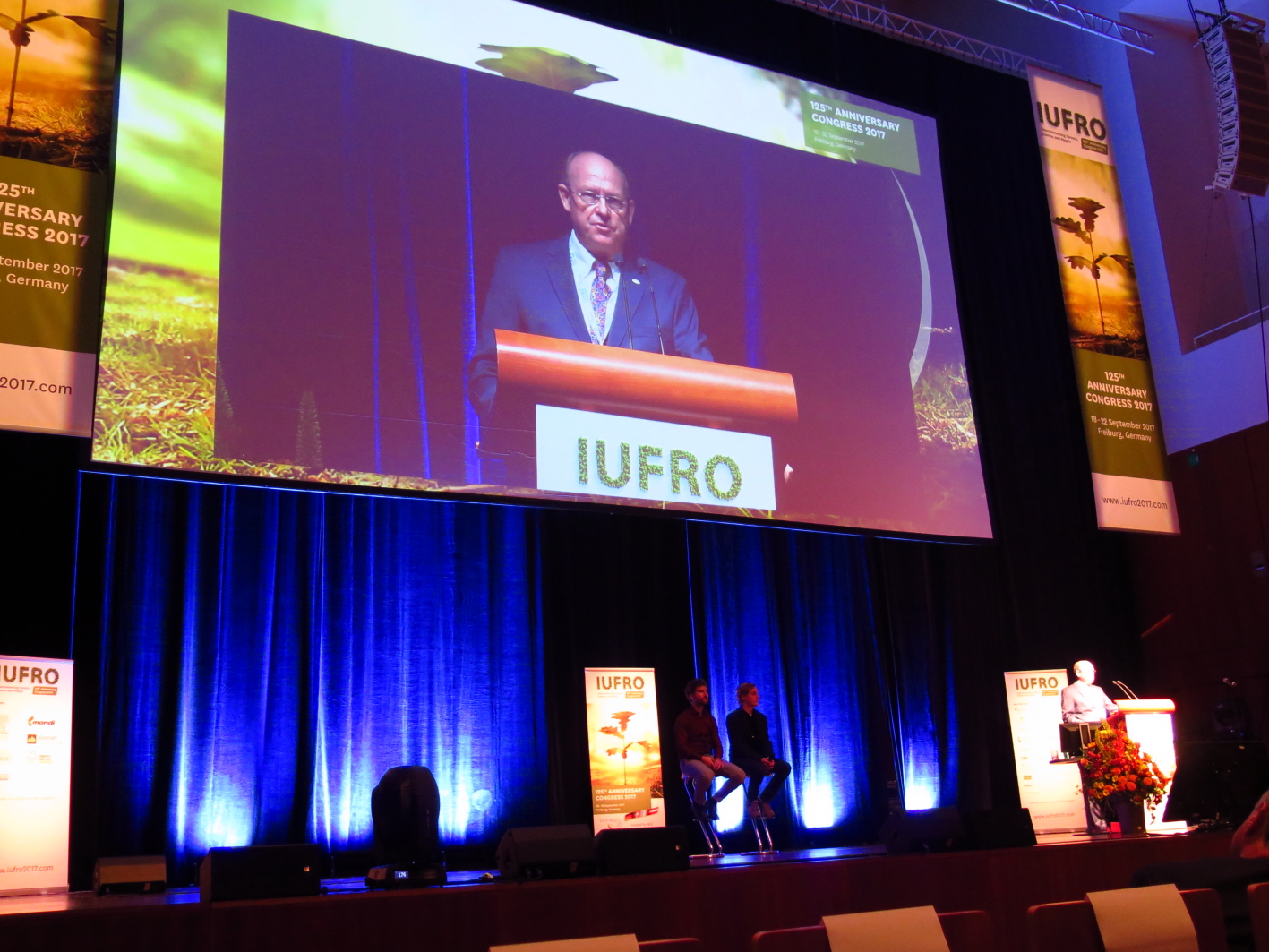 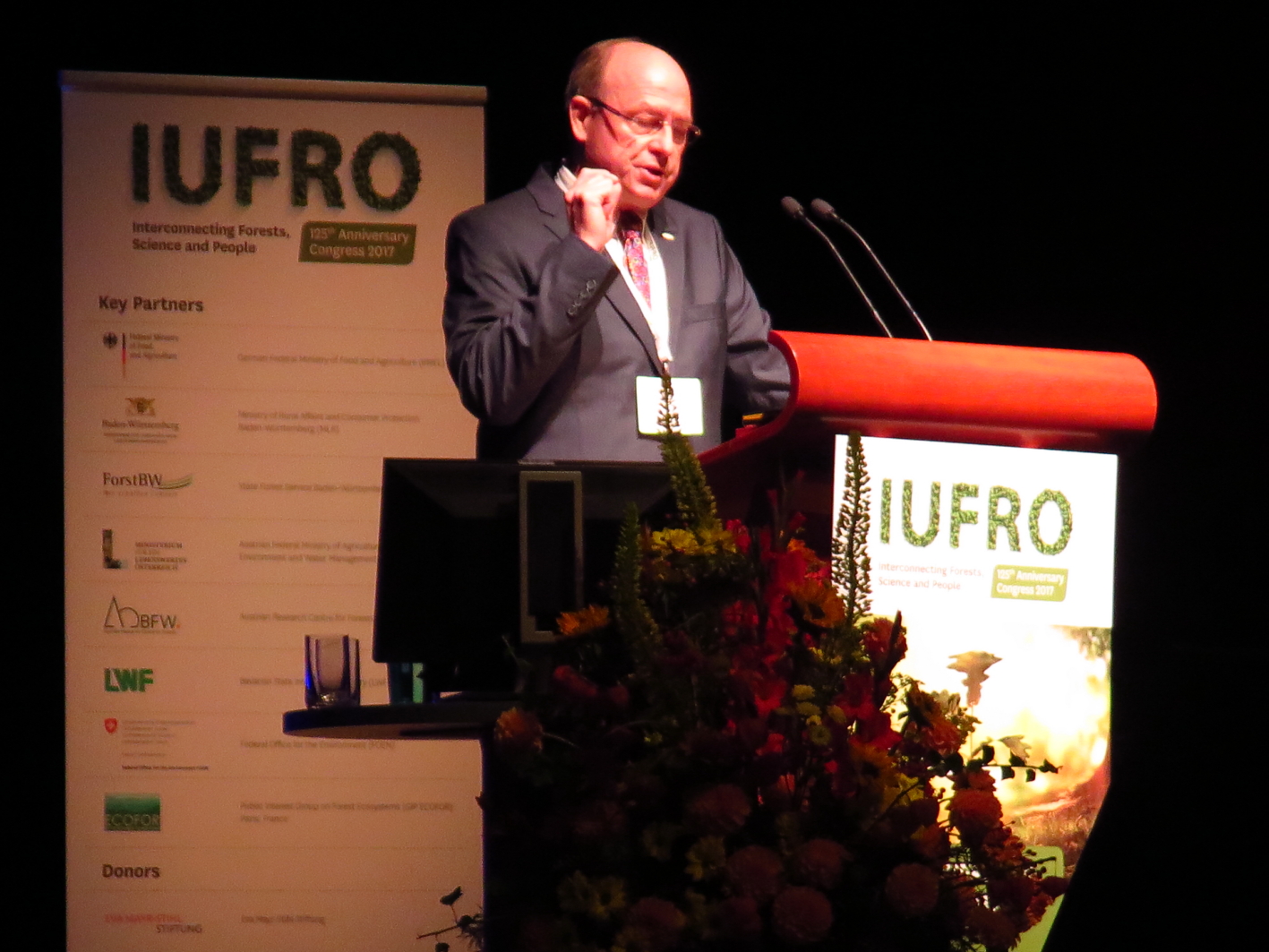 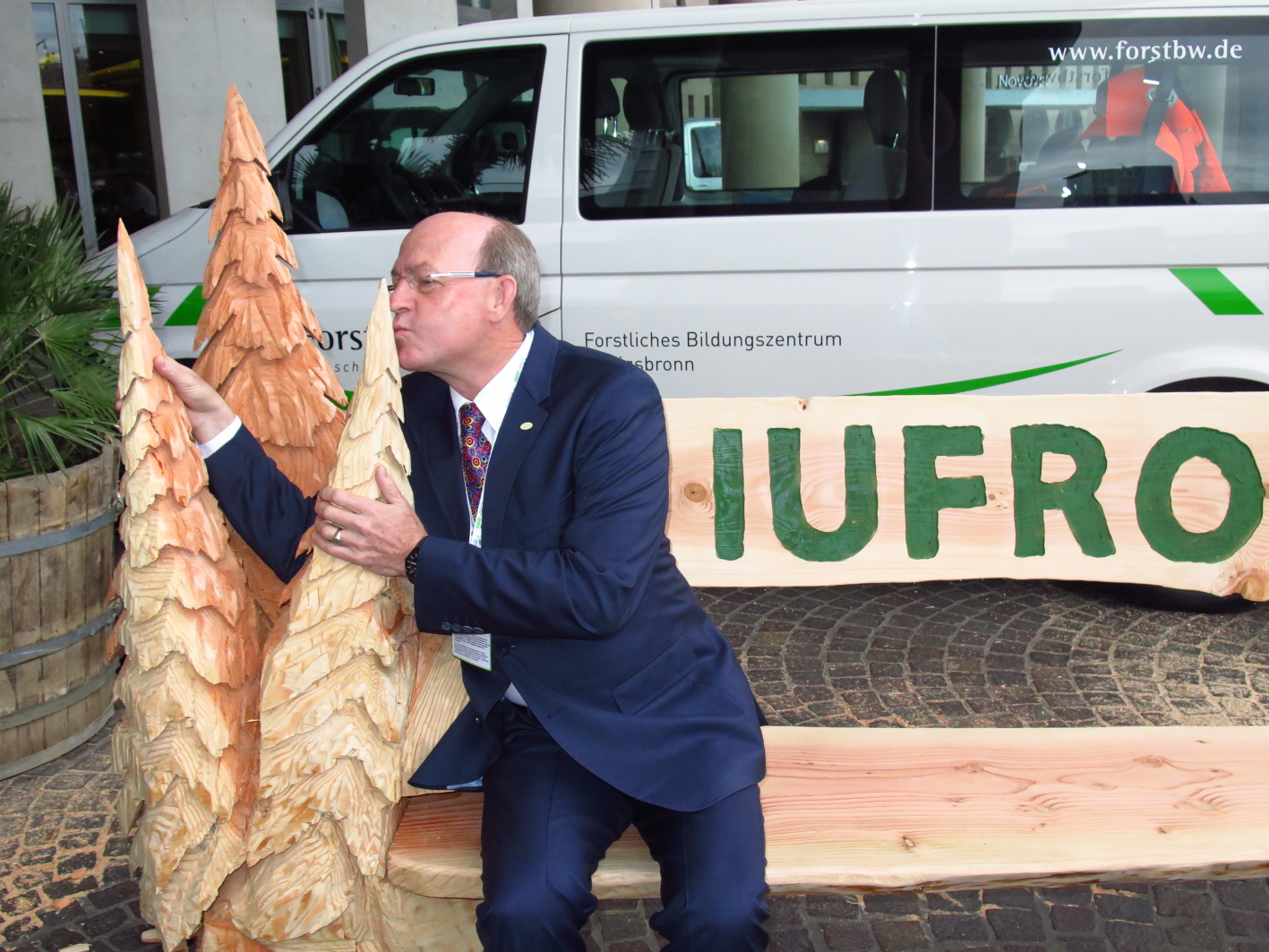 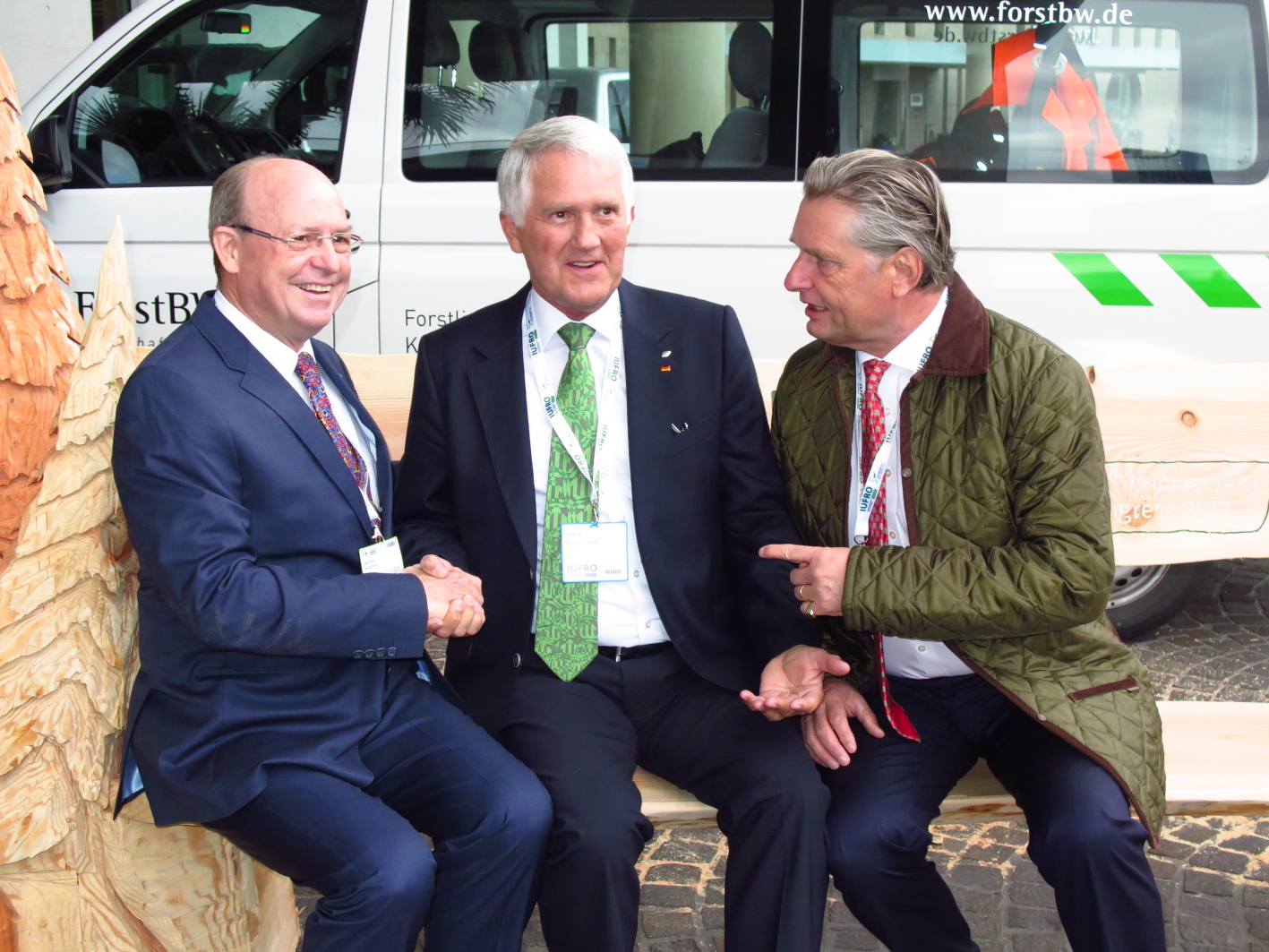 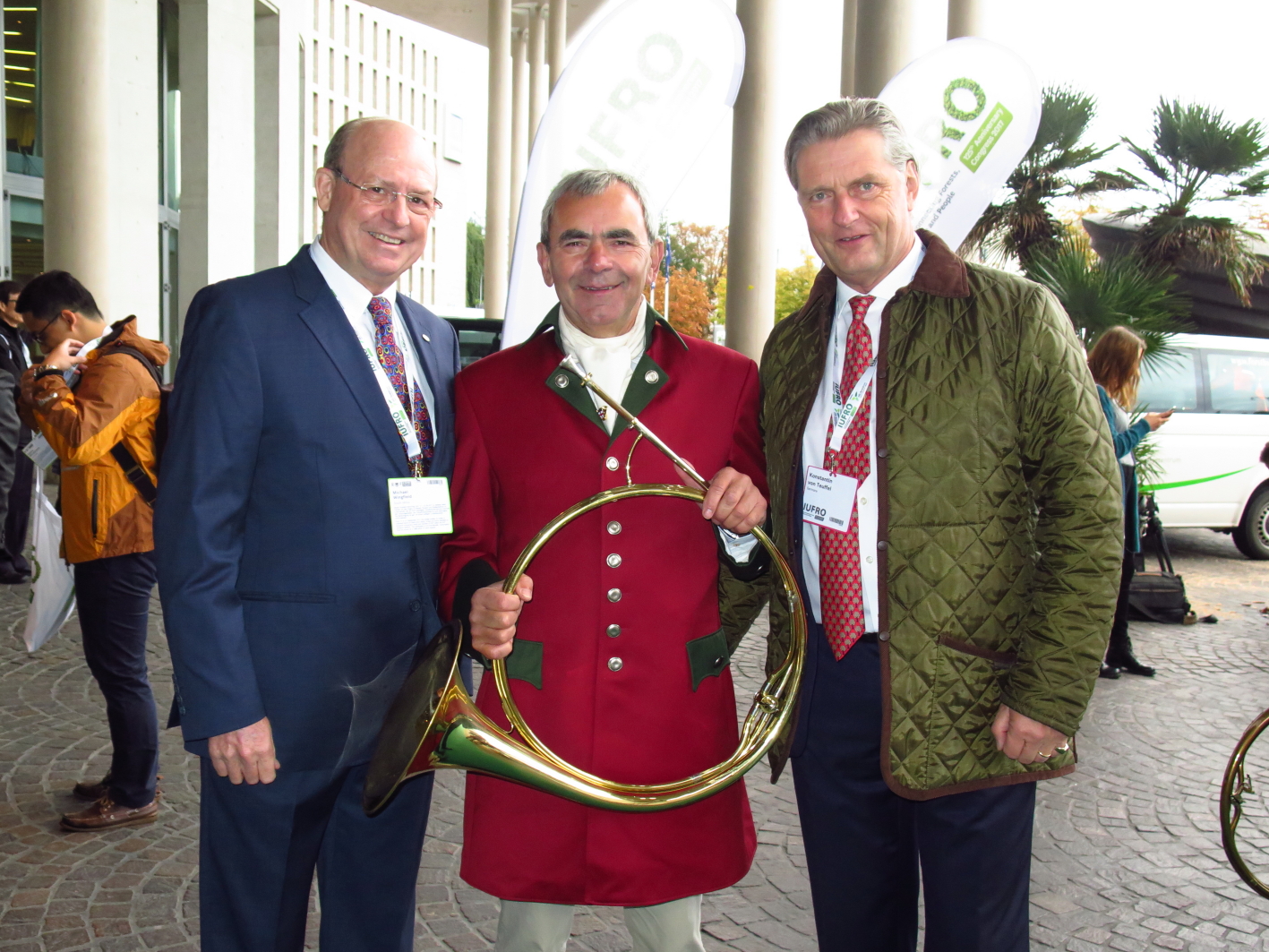 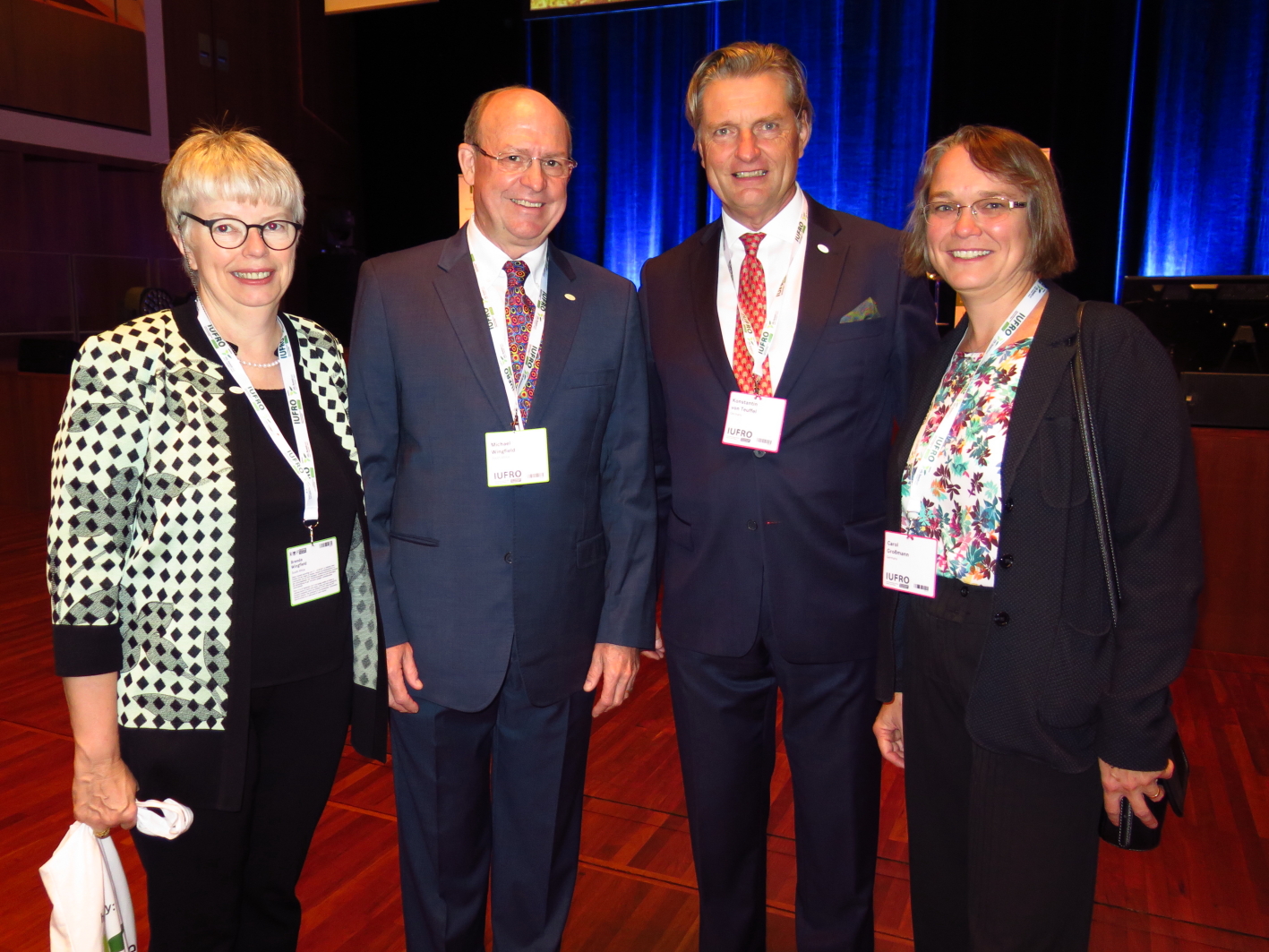 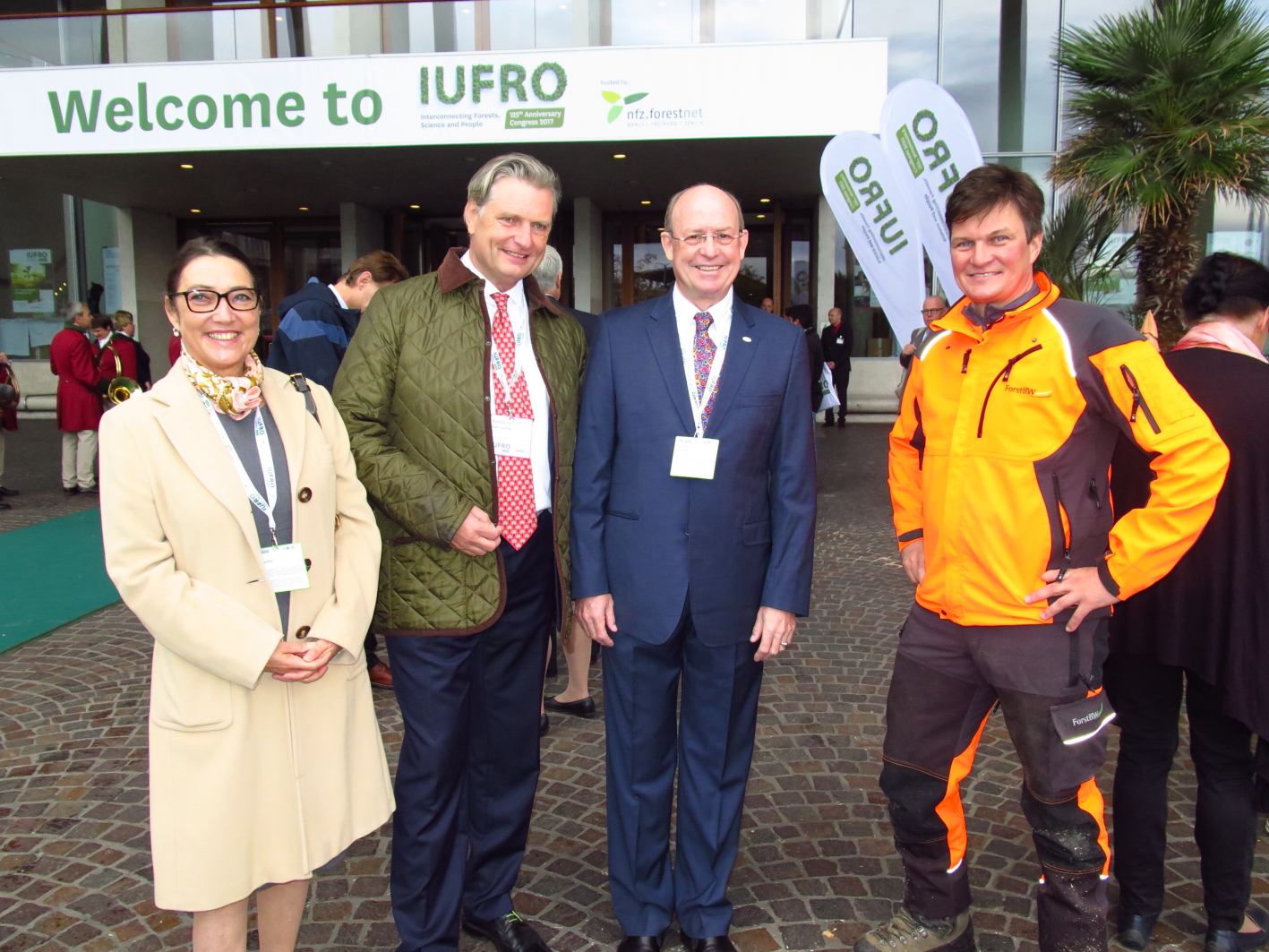 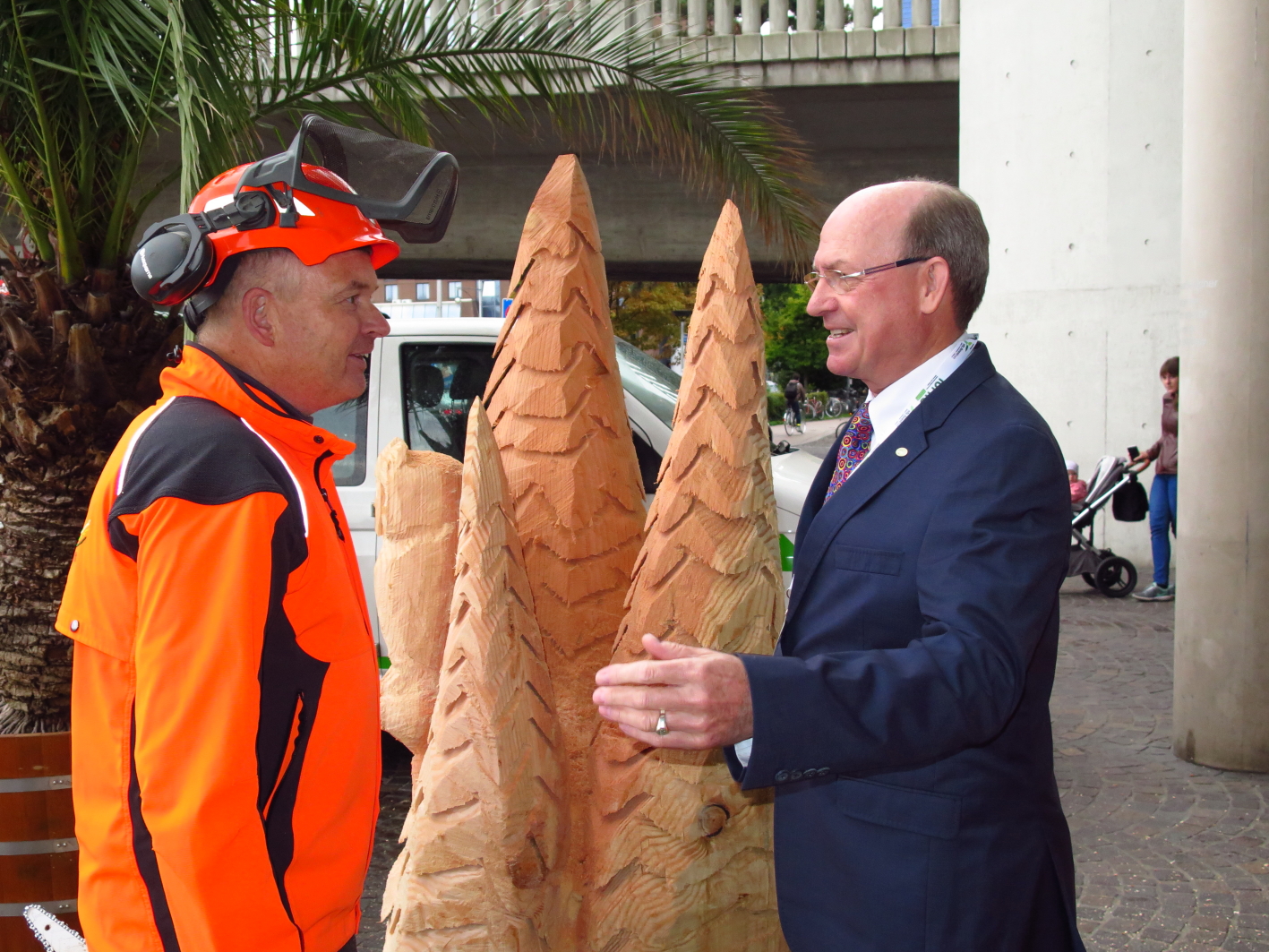 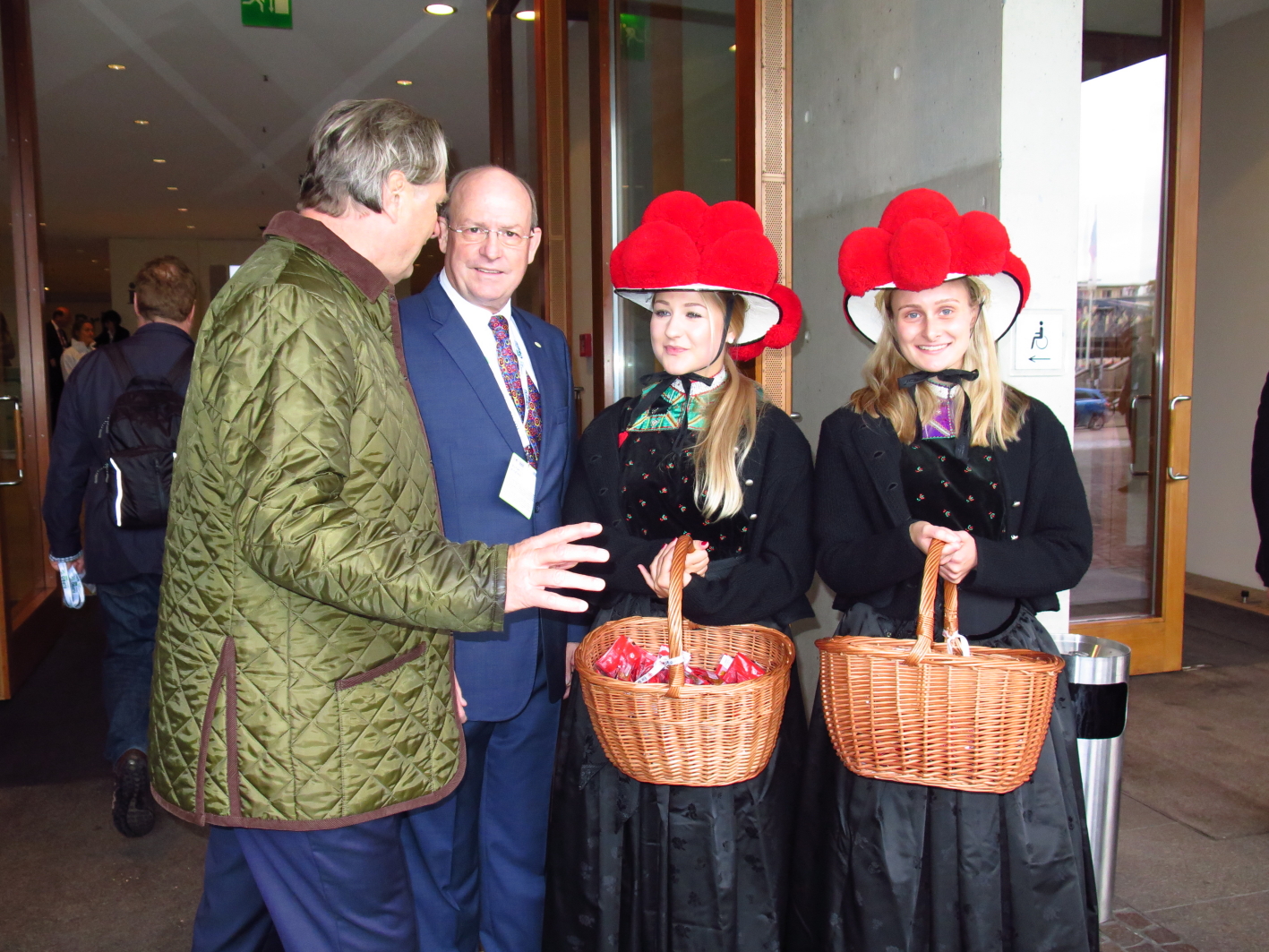 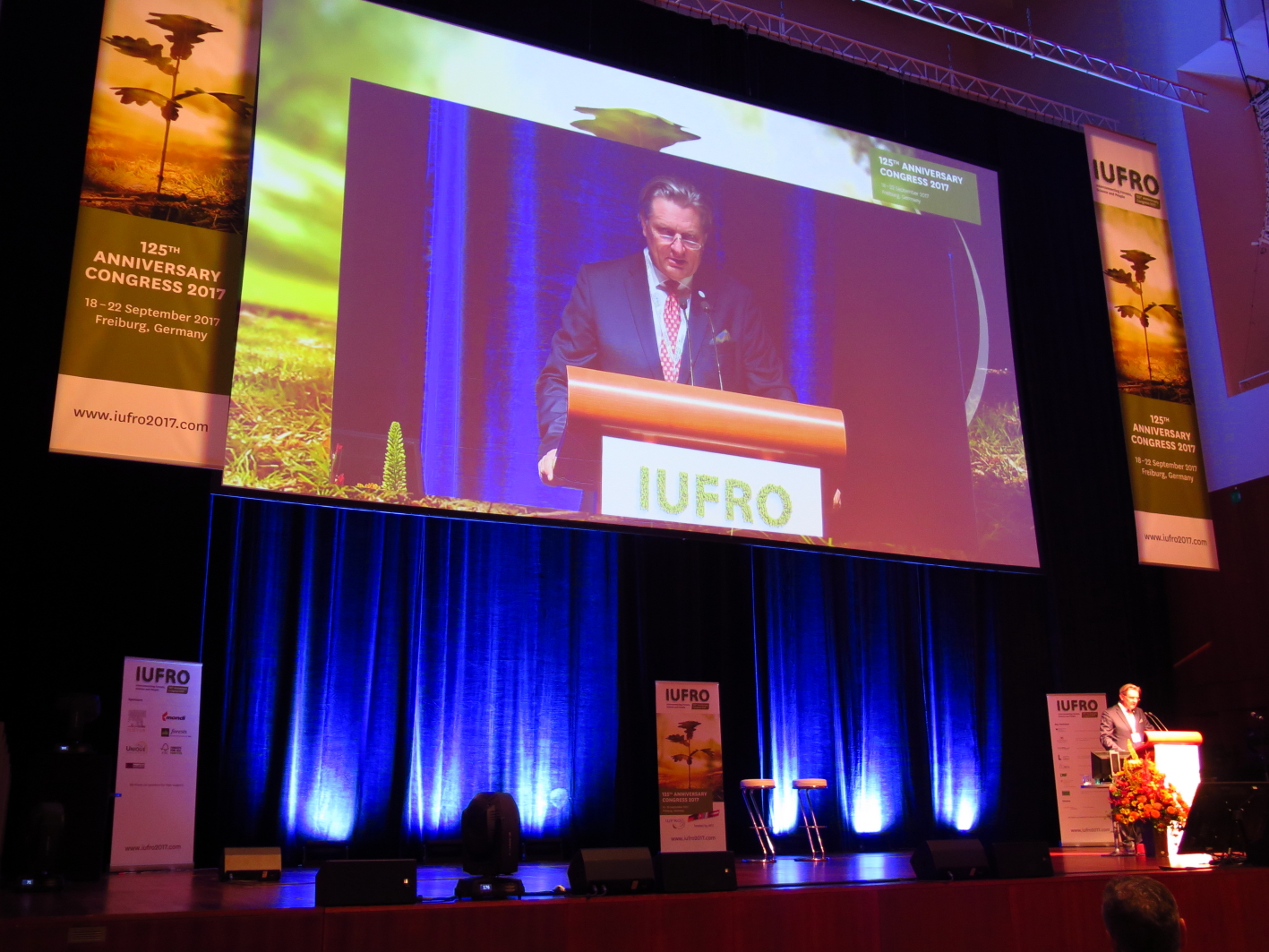 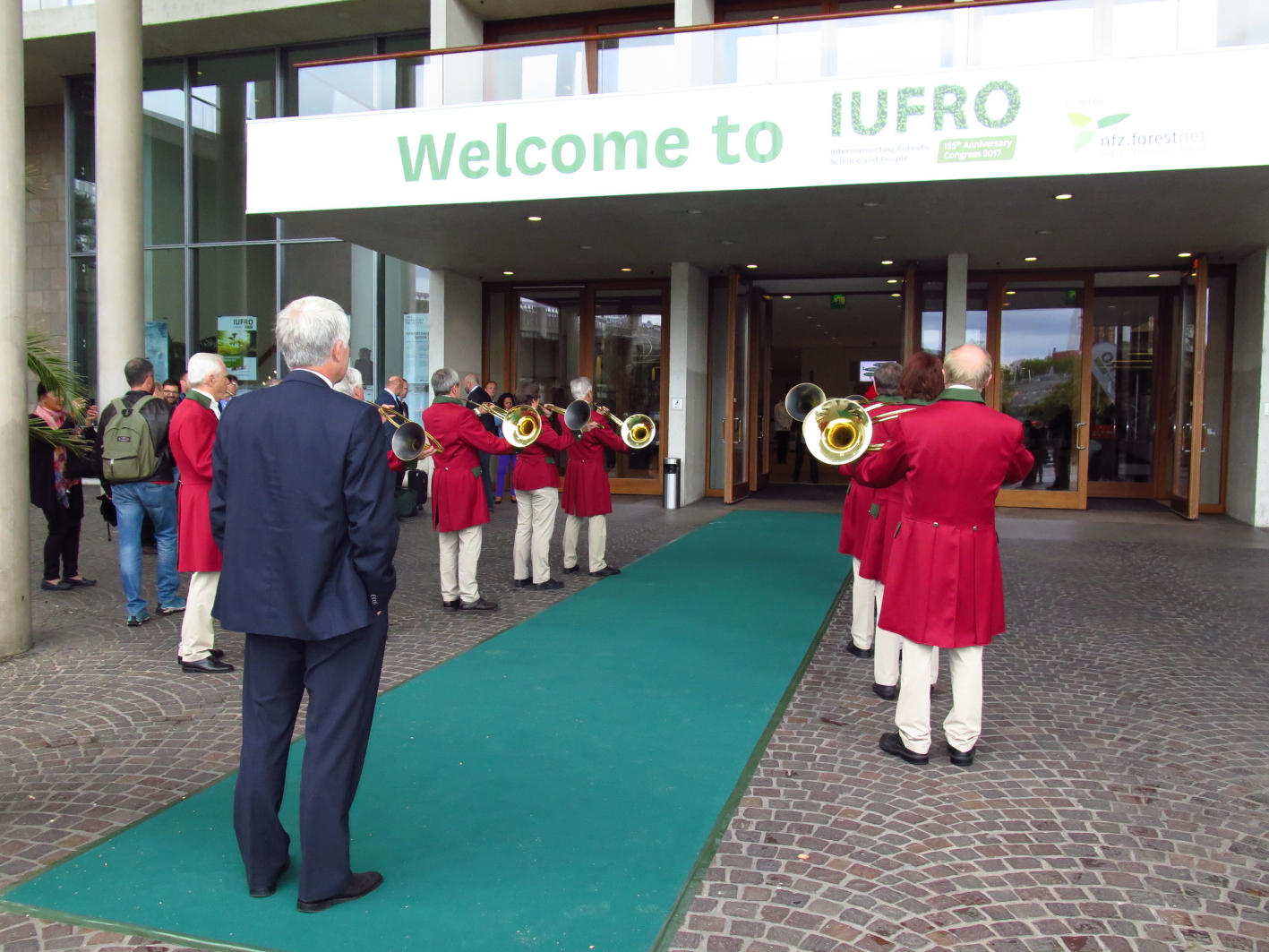 The much anticipated International Union of Forest Research Organizations (IUFRO) 125th Anniversary Congress was opened by President Prof. Mike Wingfield on 19 September in Freiburg, Germany. This marked the start of five days of intense interaction between representatives from academia, industry, Government, NGOs and other stakeholders of global forestry.  The congress was arranged to celebrate IUFRO’s illustrious 125-year history that has seen it grow from humble beginnings in 1892.  Today it is the oldest and largest association of forest researchers including more than 15,000 researchers in close to 800 member organisations in 126 countries.

The five-day event held from 18-22 September had 1,348 oral and 454 poster presentations by more than 2,000 attendees to the congress. In addition, there were numerous “Science in Dialogue” sessions and a significant scientific programme including plenary as well as sub-plenary lectures.  The programme was developed under the guidance of Dr Andrew Liebhold and his team of researchers that formed the Congress Scientific Committee.

The opening also saw the launch of the new IUFRO slogan “Interconnecting forest, science and people” by IUFRO Executive Director, Alexander Buck. A short video about how these three concepts are inextricably interlinked within IUFRO can be viewed here.

A book chronicling IUFRO’s history, authored by long-time IUFRO stalwart Dr Elisabeth Johann with the assistance of Alexander Buck, Brigitte Burger, Michael Kleine, Renate Prüller, Gerda Wolfrum, and entitled “125 Years of IUFRO: History of the International Union of Forest Research Organizations 1892-2017”, was launched prior to the event. A PDF of this book can be downloaded here.