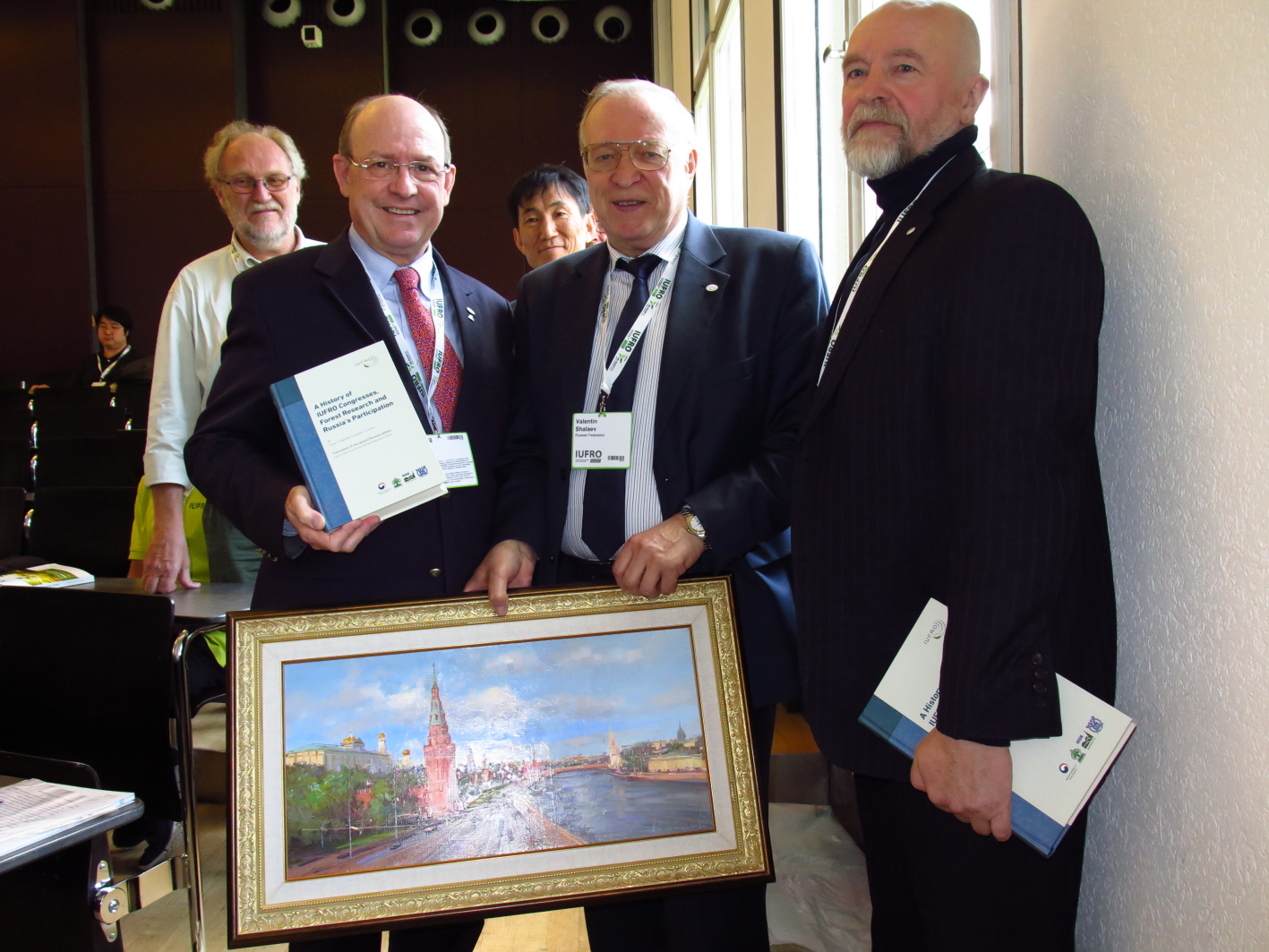 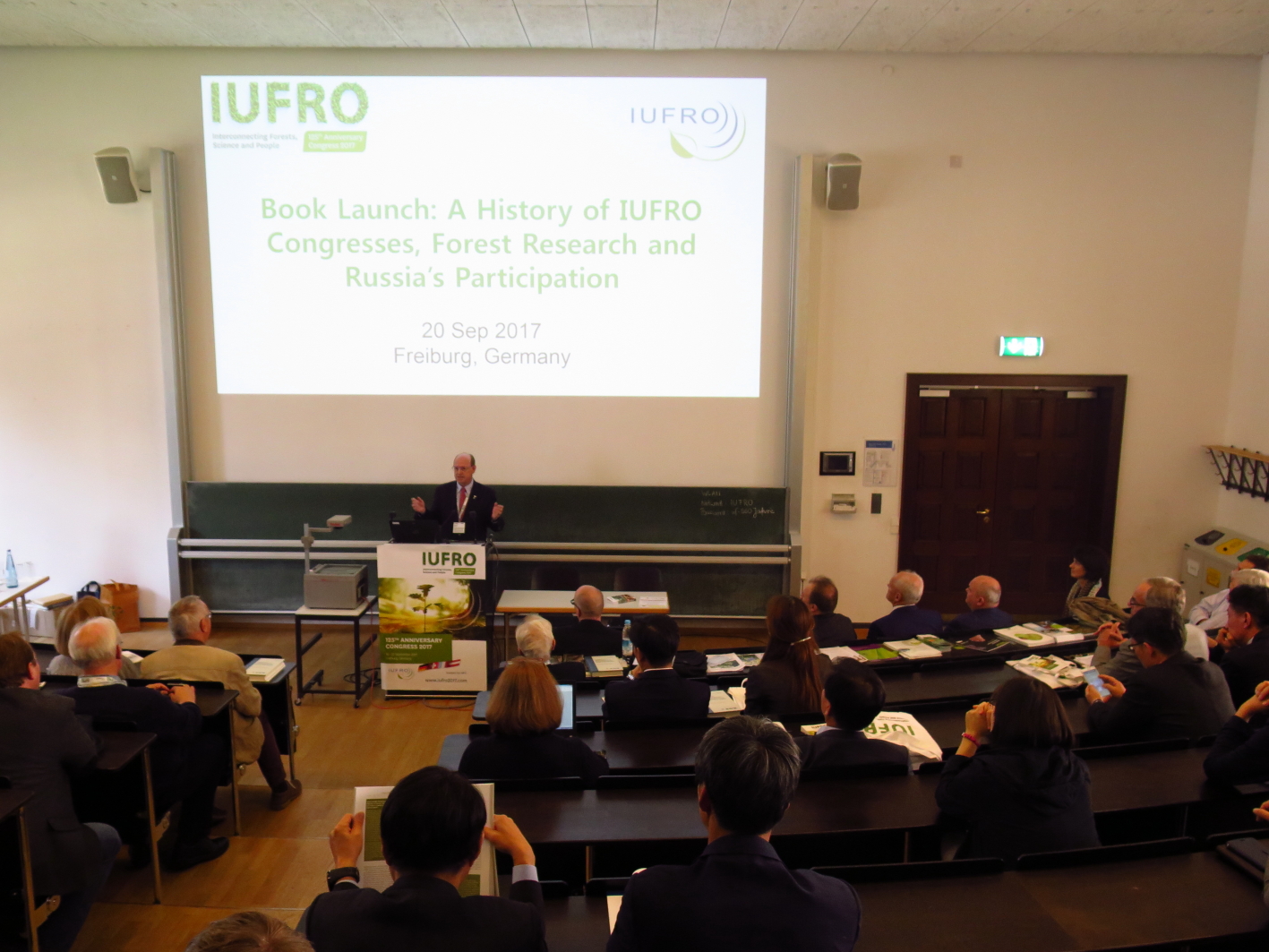 IUFRO and the Russian forestry community have a long and successful association that stretches back several decades. A book entitled “A History of IUFRO Congresses, Forest Research and Russia’s Participation” chronicling this long history of co-operation by authors Dr. Victor Teplyakov and Dr Valentin Shalaev was published in 2014. The book was initially published in Russian and written with sponsorship from the Korean Forest Research Institute. This book has been translated into English to make it accessible to a wider audience and it was launched during the IUFRO 125th Anniversary Congress by the Union’s President Prof. Mike Wingfield. Several guests spoke of the difficulties Russia experienced to maintain their membership during the Second World War and subsequent Cold War. An example of these difficulties was where IUFRO membership fees needed to be paid in cash, hand-carried from Russia.

The book is nearly 600 pages long and an electronic version can be downloaded here.