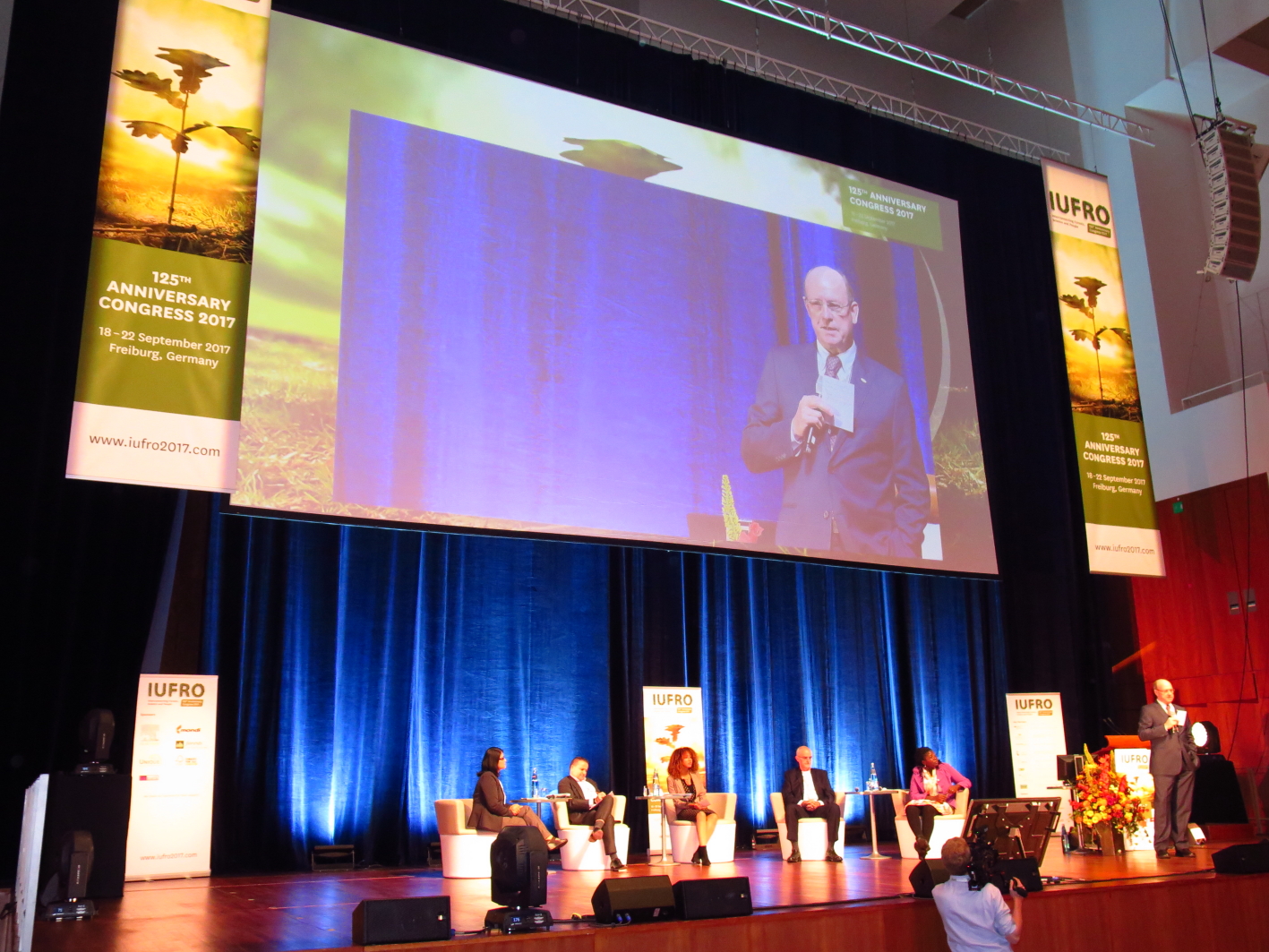 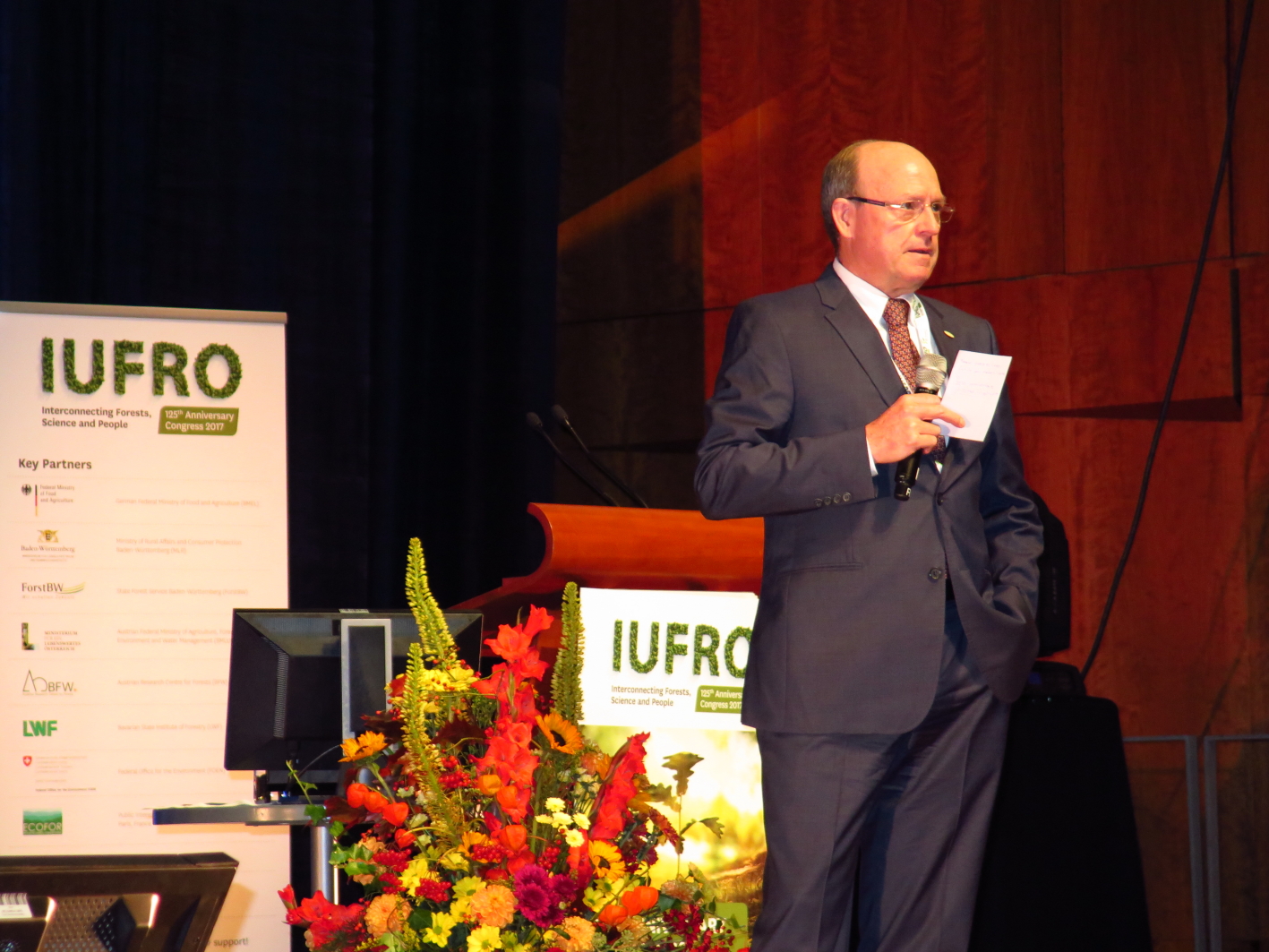 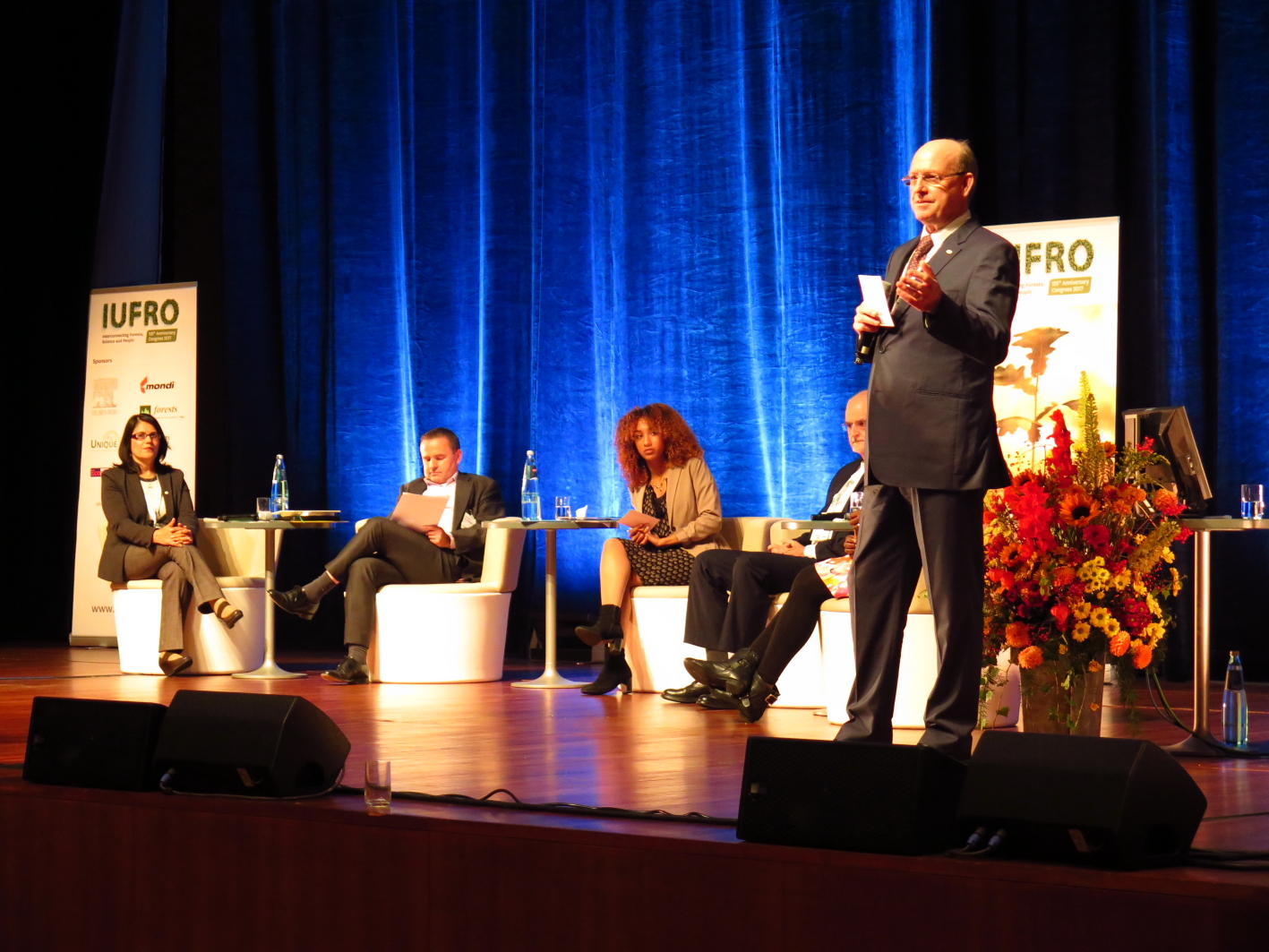 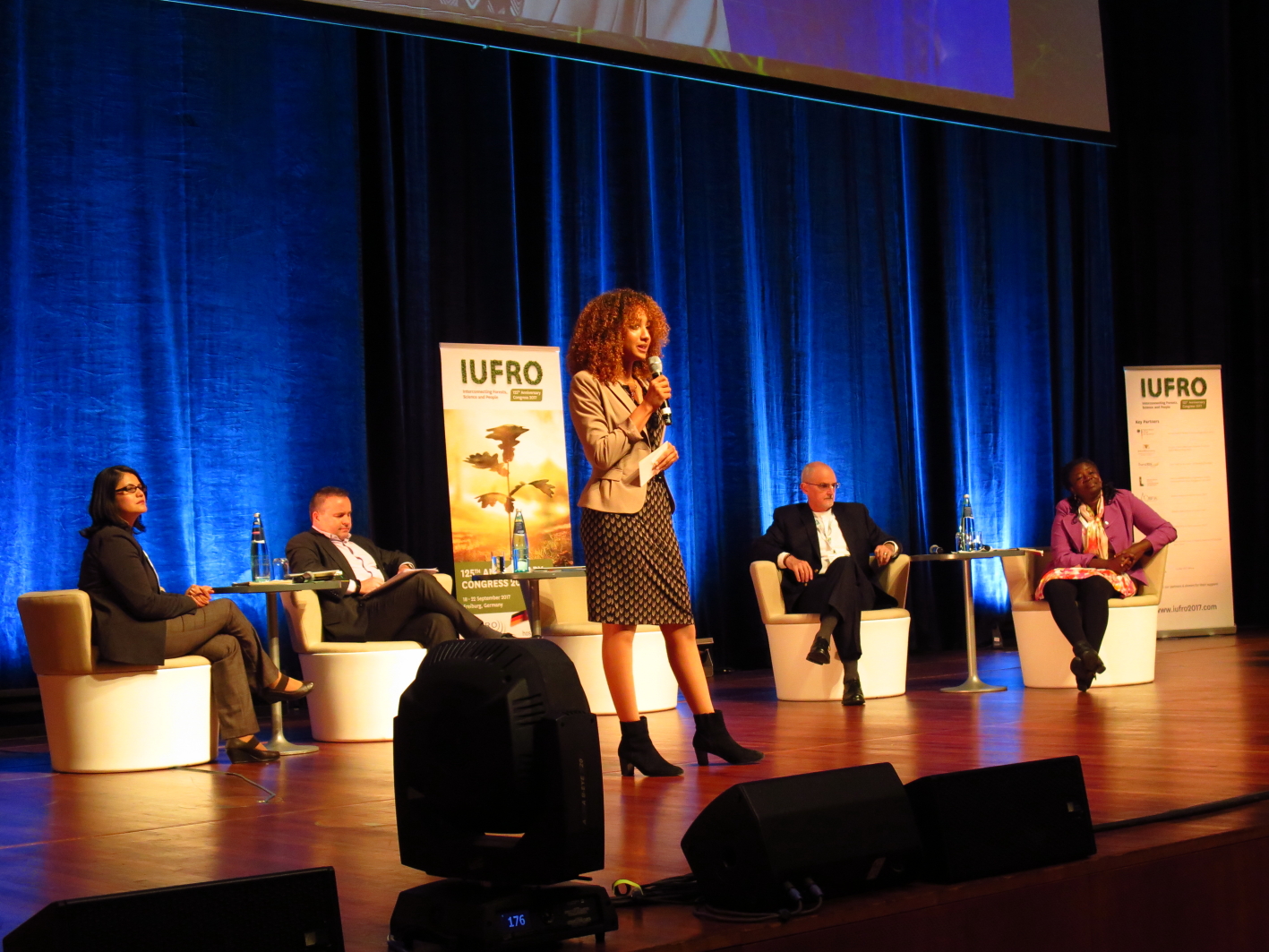 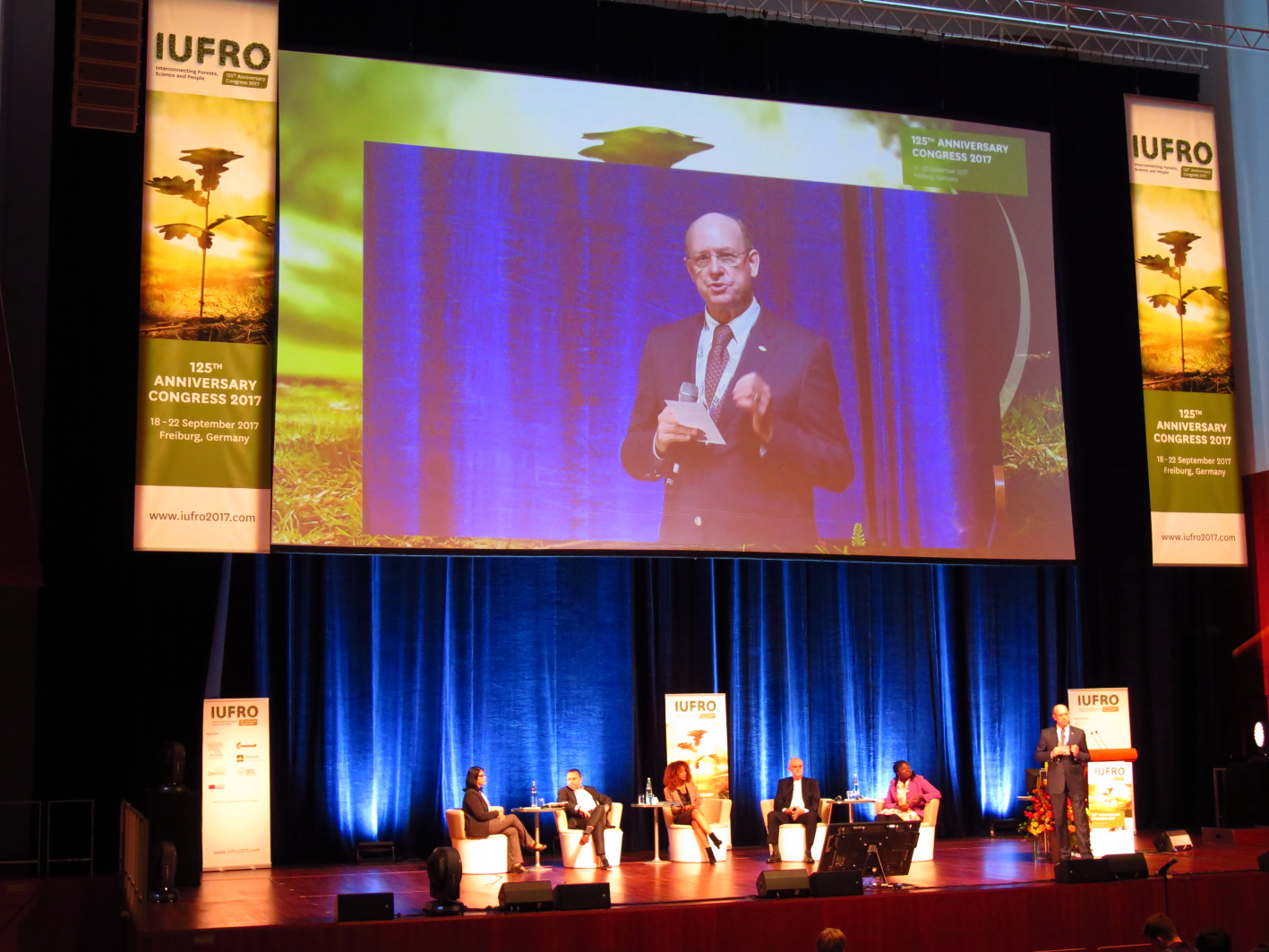 The International Forestry Students’ Association (IFSA) hosted a sub-plenary session titled “Our future forests” during the International Union of Forest Research Organization’s (IUFRO) 125th Anniversary Congress in Freiburg, Germany. The session was opened by a keynote address by IUFRO President, Prof. Mike Wingfield, who spoke on "what are forests and why do they matter?".

The session included a panel discussion led by IFSA President Salina Abraham that debated what future forests will look like and how forestry education must adapt to address the changing needs of the future generations of researchers, many of whom are IFSA members. The session also included questions posed by IFSA members from around the world including South Africa’s Tatenda Mapeto who was one of the IFSS 2017 organisers held in South Africa earlier this year. Audience members were also engaged in this discussion, being able to pose questions to the panel as well as vote on a number of questions posed by Salina.