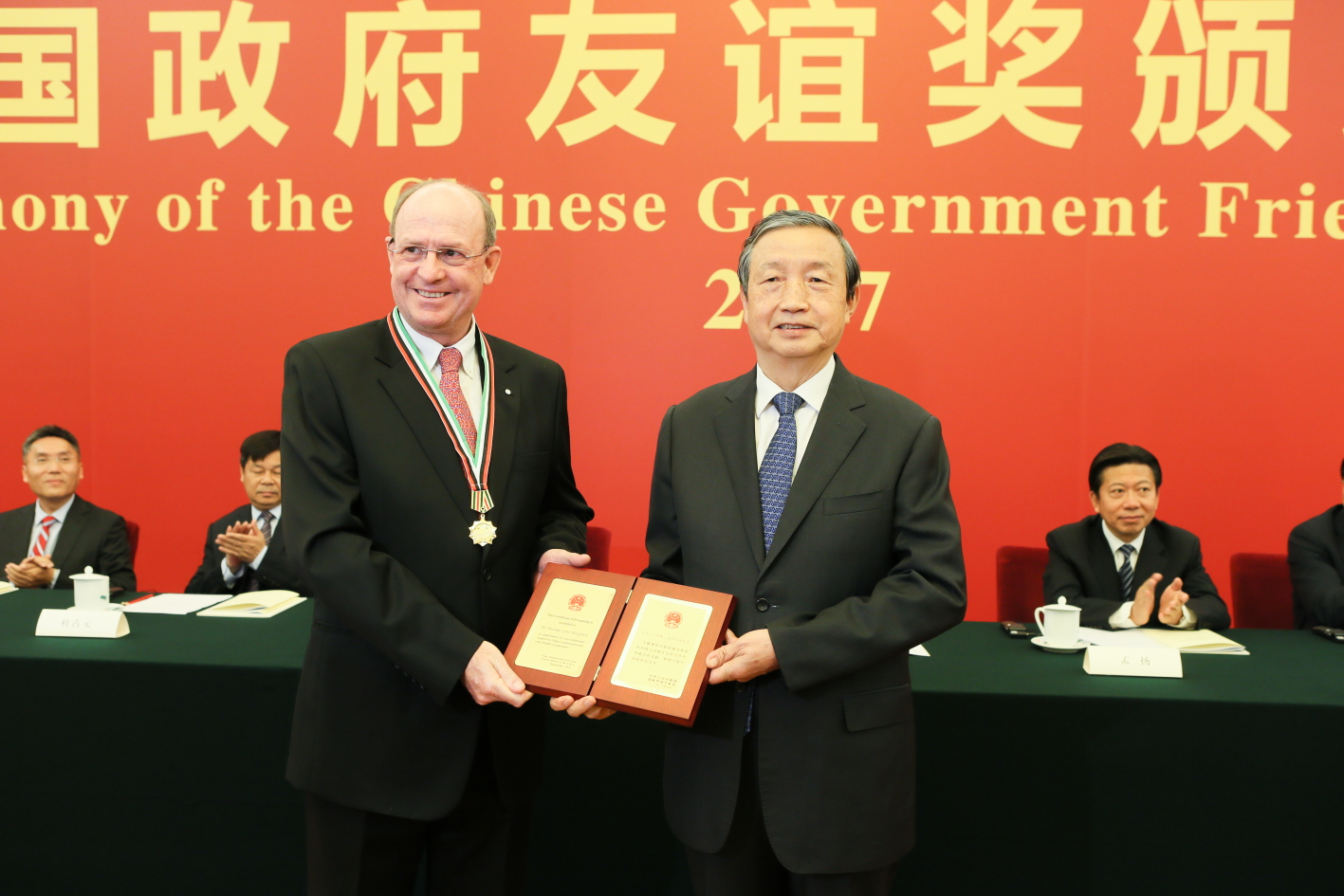 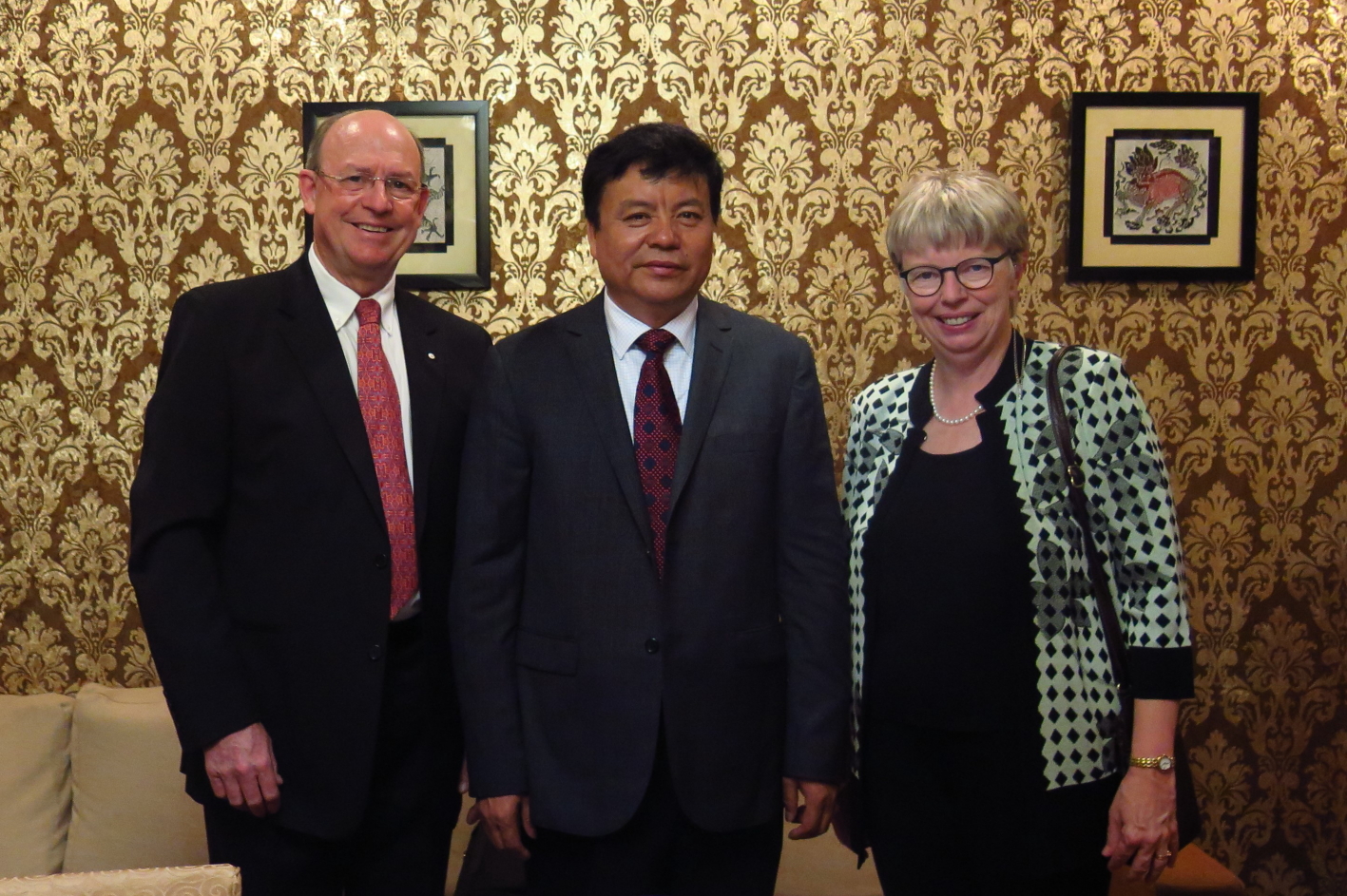 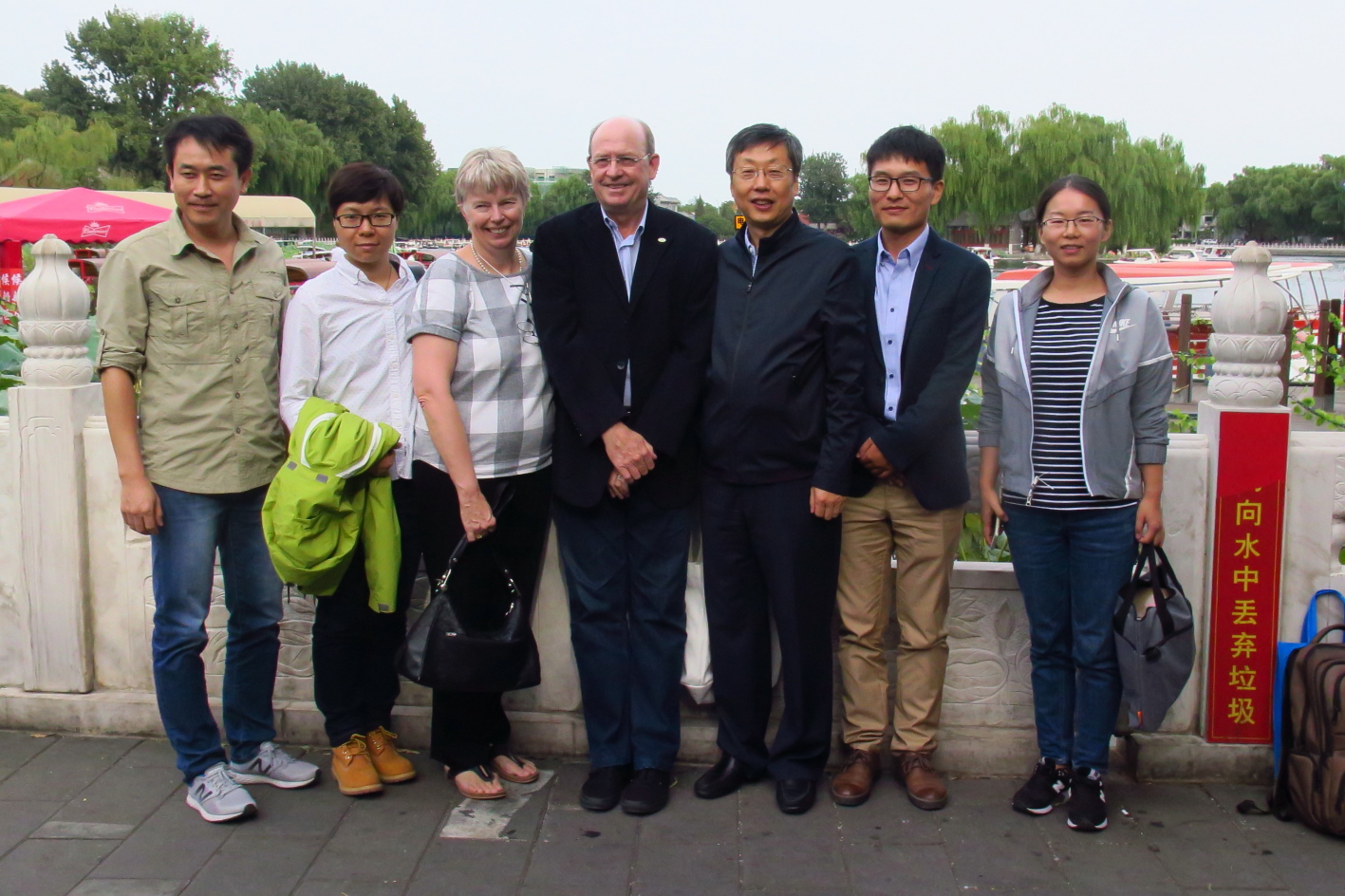 Professor Mike Wingfield, Director of FABI and President of IUFRO visited Beijing during the weekend of 28 September where he received the Chinese Government Friendship Award for 2017. This award was presented to Mike at a ceremony in the Great Hall of the People by Chinese Vice Premier Ma Kai and this was followed by a gala event hosted by Chinese Premier, His Excellency Li Keqiang.

The award was presented to Mike to acknowledge his 20 years of collaboration with Chinese colleagues in the field of tree health. This has, for example, led to the establishment of a formal Tree Health Programme with the China Eucalypt Research Centre (Chinese Academy of Forestry) and FABI known as the CERC-FABI Tree Protection Programme (CFTPP). The CFTPP has and continues to produce extensive research outputs on tree disease and insect problems in natural forests and plantations in China and elsewhere in the world. This collaboration has also provided opportunities for many Chinese and South African students to complete postgraduate degrees in the tree health field.

Mike’s visit to China also provided an opportunity to meet with various colleagues with close ties to IUFRO.  These included meetings with Dr Shirong Liu, Vice President of  the Chinese Academy of Forestry (and IUFRO President’s nominee and  member of the Board of IUFRO) together with his staff; Mr Zhao Shucong, Chair of the Board of APFNet with which IUFRO has signed an MOU; Mr Peng YouDong, Vice Administrator of the State Forestry Administration and his colleagues; Mr Li ZhiYoung, Vice Executive Director of INBAR (International Bamboo and Rattan Society) and his colleagues as well as Dr ShuaiFei Chen, Extraordinary Staff member of FABI who provided Mike with support and who brought prospective new CERC-FABI Students from ZhangJiang to discuss future research projects.