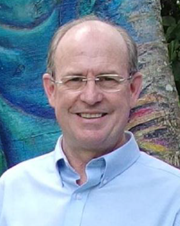 Professor Mike Wingfield, Director of FABI has recently been included in Clarivate Analytics (Web of Science) list of the most highly cited researchers globally. This annually published list includes scientists whose research over the previous decade includes a substantial number of highly cited papers. These papers have amassed a sufficient number of citations to place them among the top one percent most cited for their year of publication. The new list includes seven names for South Africa, five of which are of academics resident in the country and who publish with a South African University as their primary address. In addition to Prof. Wingifeld, these include Prof. Lynn Morris (University of Johannesburg), Professor David Richardson (Stellenbosch University), Prof. Vinod Gupta (University of Johannesburg) and Prof. Lee Berger (University of the Witwatersrand). For the University of Pretoria, the list also includes Prof. Yves van de Peer (Gent University, Belgium) and Prof. Mujahid Abbas (King Abdulaziz University, Saudi Arabia) who have part-time appointments at UP and who list UP as their second address.